And Why the United States Should Guarantee Its Security

The Strait of Hormuz links the majority of the world’s people who live along the shores of Asia and East Africa to the heart of the Middle East. Long before the discovery of oil, it was the world’s carotid artery. Cut off the blood supply almost anywhere else and the world would adapt. Here, however, an interruption could be fatal: 90 percent of oil exported from the Gulf, about 20 percent of the world’s supply, passes through Hormuz. Shipping through the strait, which is a mere 21 nautical miles wide at its narrowest point, is concentrated and hazardous. In Musandam, the Omani exclave on the strait’s southern side, you can hear Persian radio from Iran as often as Arabic. Along the rocky shorelines, islets and peninsulas thrust precipitously into the sky. Heat, humidity, and a scorching wind make the climate inhospitable; many mountain ranges and valleys near Hormuz remain sparsely inhabited.

Although Persia tried to claim it, no one group has ever actually controlled the entire Strait of Hormuz. On Musandam, Shihuh mountain groups and Dhahoori fishermen have historically maintained some autonomy from Muscat. On the northern, Persian side, Iran is as vulnerable to disruption as are many of the ships that pass through the strait. Iran based its oil terminal on Larak Island, in the strait, after Iraq attacked its previous installation on Kharg Island further inside the Gulf. Larak, Hormuz, Qeshm Island, and the Persian Gulf coast of Iran are inhabited by a mixture of Persians and Sunni Arabic speakers who migrated there from the Arabian Peninsula before the rise of international maritime boundaries and who differ from the majority population in Iran. There has long been trouble for Iran brewing in the hills. The Baluchis inhabit mountains nearby and the Makran Jundallah (Soldiers of God), a Sunni Baluchi separatist movement, have mounted deadly attacks against Iran, including killing 15 members of the Islamic Revolutionary Guard Corps in a 2009 bombing. The diversity on land is eclipsed only by the sheer number and variety of ships passing through the strait. Without a single controlling power, it is in the interest of the United States, as the foremost naval power in the world, to serve as the ultimate guarantor of trade through Hormuz.

Historically, that has meant preventing the pendulum from swinging too far in one direction or the other. In 1987, the United States intervened in the Iran-Iraq War to prevent attacks against Kuwaiti ships. In 1988, the United States sank Iranian warships and patrol boats during the so-called tanker war. Just a few years later, the United States began the first Gulf War to stop Iraq from seizing Kuwait. Iran has learned from that history, realizing that the most effective strategy, in its attempt to gain a better negotiating posture and to end crippling sanctions, is not outright conflict but subterfuge. It has begun sending small, lightweight vessels to harass and attack huge tankers and container ships.

No one group has ever actually controlled the entire Strait of Hormuz.

The stakes in the strait today are much higher than they were in the 1980s and 1990s, as a confrontation over shipping could lead to a full-blown war between Iran and the United States, one that could even turn nuclear. Instead of assuring the region’s security, however, the United States has pursued short-term benefits, selling arms to Gulf partners and taking sides in largely fruitless inter-Gulf squabbles, driving partners such as Qatar toward Iran and allowing the Saudis to take too many risks, such as by intervening in the Yemeni civil war.

One reason for this destabilizing opportunism may be the faulty assumption by U.S. policymakers that the Carter Doctrine, under which the United States vowed to use military force to protect its interests in the Gulf, no longer applies. As the United States consumes less oil from the Middle East, the argument goes, its need to ensure the security of the region also decreases. That, however, misunderstands both history and geopolitics. The United States depends on Gulf security for more than oil. First, and most crucially, the rising possibility of nuclear conflict, as Iran has rapidly started enriching uranium after the United States pulled out of the nuclear deal, has changed the security dynamic in the region. Saudi Arabia and the UAE are both now more interested in acquiring nuclear technology, and have better access to it, as even the United States has provided them with sensitive nuclear materials and know-how. The security of the strait now matters not simply because of trade; a conflict in Hormuz could spark a firestorm that could quickly spread beyond the Gulf. Second, the amount of trade that passes through Hormuz has grown rapidly with the rise of the wealthy oil states along the Gulf. Finally, the United States has invested heavily in naval bases, in Bahrain, Qatar, and elsewhere, that are accessible by sea only through Hormuz. The Strait of Hormuz will remain the world’s most valuable and vulnerable trade and maritime chokepoints, no matter how much oil prices might decline.

The persistence of U.S. commitment to the region is difficult for many Americans to accept. Given how many lives and how much money the United States has sacrificed in the Middle East, many Americans on the right and the left want to abandon the region altogether. But no matter how much petroleum American and Canadian producers extract, the United States will still be on the hook for Gulf security. The global system of trade on which U.S. prosperity depends simply cannot function without the safe passage of ships through the Strait of Hormuz and the prevention of any further nuclear escalation in the region.

The Carter Doctrine is, therefore, still necessary but it is not perfect. Although the United States has the most powerful military in the region, it often does not take into account the complex human geography of the strait. Unlike the United Kingdom, which secured Gulf trade routes from 1820 to 1970, the United States does not have deep relationships with non-state actors. This applies to both sides of the strait. To the south, Oman, the Switzerland of the Gulf, has served as a crucial intermediary between the United States, Saudi Arabia, and Iran. But the incumbent sultan, Qaboos bin Said, is 78 and has no clear successor. The British kept a telegraph station on Musandam and the peninsula is still probably a listening post for Oman, which likely shares it with allies including the United States. Washington would be wise to better understand the complex political and social dynamics of the Musandam Peninsula in the unlikely event that there is not a smooth transition after the death of Sultan Qaboos. It is unlikely, but possible, that many factions and groups within Oman and Musandam could start to assert some sort of autonomy if the transition leads to turbulence. Washington can prepare for the post-Qaboos era by fostering and supporting other potential negotiating partners, such as Kuwait, and by further agreeing to support Qaboos’ successor if he or she agrees to continue the Sultan’s current policies toward the Strait. Qaboos’ stabilizing and wise leadership will not be easily replaced. Washington should not take it for granted.

When it comes to the northern, Iranian side of the Strait, the United States should develop a more nuanced understanding of the many factions and fractures that divide Iran. Crude U.S. policies toward the Iranian people might drive those who oppose the regime toward Tehran. There are many instances of foreign threats, such as the Iran-Iraq War, that helped solidify the rule of the Ayatollah, when diverse Iranians united against an outside aggressor. Attacking Iran along the Gulf coast or at the Larak Island military base and oil terminal where many Omanis emigrated in the past and where a mix of Arab and Persian Iranians live and work, might, turn potential dissidents on the coasts into supporters of Tehran.

The United States has little interest in repeating the role of the British Empire or the protectorate it created with the Gulf states beginning in 1853 and ending in the 1970s. But it has every interest in continuing, with its partners, the role of umpire. The United States’ tense history with Iran means that not everyone in the region will see Washington as an impartial arbiter. But no other power can keep the Strait of Hormuz clear of interference and no other power has the ability to stop the game from getting too far out of bounds on either side. Without an umpire, games can quickly turn into wars that no one wants. Most of the players in the Gulf, from Qatar to Saudi Arabia to Iran, share a desire to keep the game from getting out of control. Despite crushing sanctions, Iran knows that it would not benefit from a war. That’s why Tehran has often vehemently denied responsibility for the recent attacks on Western shipping in the strait. Yet to avoid escalation at the last minute, as President Donald Trump did when he rightly called off an attack on Iran in reaction to the downing of a U.S. unmanned drone, is not enough. Hormuz needs a steady guarantor of security, even an imperfect one. 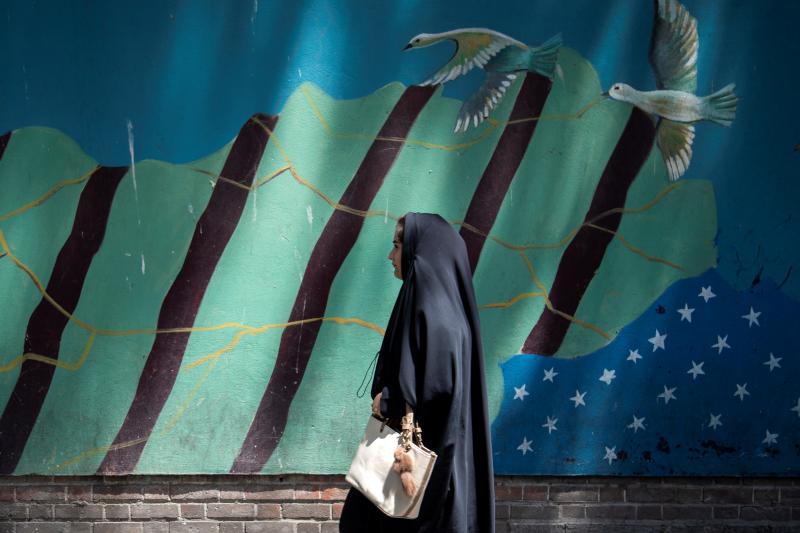