The Changing Face of Great-Power Conflict

The U.S. security and intelligence communities are buzzing with talk of the return of great-power competition. Beijing and Moscow increasingly vie for influence on the global stage. China is remaking the map of Southeast Asia, rolling out infrastructure projects across the developing world, and creating new regional and global institutions. Russia’s intervention in the Middle East and in eastern Europe has restored its geopolitical relevance. And in Washington and other Western capitals, policymakers and pundits fret that Chinese and Russian competition with the West could, before long, give way to conflict.

Should great-power conflict come, however, it will bear little resemblance to the traditional interstate wars that analysts study, that academics teach, and for which militaries train. Those wars rarely occur anymore, and that is a good thing for humanity. Instead, conflict plays out indirectly, through a kind of proxy warfare called “foreign subversion.”

Foreign subversion is a covert, indirect form of modern statecraft. It involves empowering illicit and armed nonstate groups that act as extensions of a sponsor state. These proxies inflict damage on target states with the aim of deconsolidating them and creating ungoverned space. Their attacks distract the target state and deny it resources, creating bargaining leverage for the sponsor.

Although subversion featured prominently in the Cold War, policymakers have only recently begun to pay attention to the problem of subversion in its updated form. This oversight has been costly to Western interests. Russian subversion deprived Ukraine and Georgia of control over significant swaths of territory. Pakistani subversion has prevented the Afghan state from consolidating any authority beyond Kabul. And Iranian subversion against the Yemeni government and against Saudi Arabia destabilizes the Persian Gulf region. With the exception of the Ukrainian territory of Crimea, which Russia annexed directly, Moscow, Islamabad, and Tehran outsourced their dirty work to local proxies that proved to be highly effective extensions of their external sponsors.

For the United States, it is not enough merely to recognize that great-power conflict—indeed, most conflict—is unlikely to take the form of traditional warfare. Policymakers must adapt and forge strategies for a reality in which threats emerge from the gray zone between war and peace. Above all, they must raise the costs for those who attempt subversion in the future.

That policymakers have largely overlooked the use of subversion is not surprising, given the decline of interstate war over the last 75 years. For centuries, force was the key instrument of statecraft and the primary means through which states pursued their interests. But hot conflicts between great powers have all but disappeared, and the wars that do occur tend to be limited, brief, and low intensity.

A confluence of factors explains the unprecedented period of peace since 1945. The advent of nuclear weapons dramatically raised the costs and risks of war, as did economic interdependence and globalization more generally. Changing modes of economic production reduced the value of seizing and holding territory. New international institutions and laws help states resolve conflicts without violence, and changing ideas about the appropriate use of conventional force have reinforced restraint.

But to view the decline of visible and extreme violence between states as evidence of a decline in conflictual international politics would be a mistake. The Prussian military strategist Carl von Clausewitz stressed that war is a means to an end—the continuation of politics by other means. States use force to pursue their aims and interests when bargaining breaks down. Those aims and interests have not disappeared; states have just changed their preferred method of pursuing them. Rather than use force directly to achieve their goals, they engage in subversion—empowering a third-party, nonstate proxy with the aim of weakening the territorial state authority of an adversary. Whereas traditional conflict achieved this end directly through military force, subversion outsources the work to a proxy.

When used effectively, subversion sows disorder that strikes at a target state’s sovereignty.

The indirect nature of subversion is crucial to its value as an instrument of foreign policy. By outsourcing the imposition of costs to nonstate actors, subversion requires less military capability and fewer financial resources than conventional force. It is also less visible, which reduces the likelihood of detection. And when it is detected, ambiguity permits plausible deniability. These features are highly advantageous in an international environment in which conventional force is costly and legally proscribed.

The contemporary use of subversion in Ukraine, Afghanistan, Yemen, and elsewhere bears some resemblance to its Cold War antecedents, but with crucial differences. The Soviet Union and the United States were more focused on regime change than on territorial deconsolidation; the proximate objective was securing the center rather than crippling it. Today, subversion has a different goal: producing weak states or ungoverned spaces—that is, to disrupt rather than to overthrow, to divide rather than to conquer. When used effectively, subversion sows disorder that strikes at a target state’s sovereignty.

Two signs indicate that a state is likely to use subversion: a motive and a means. The motive generally arises when a state is locked in a severe, salient, and intractable policy dispute with another state. The means depends on the existence of proxies on the ground—agents willing to disrupt order and govern in lieu of state authorities. These agents cannot be easily manufactured out of thin air. In virtually all cases of subversion, foreign sponsors empowered existing aggrieved groups with ambitions to defy the political center.

Subversion is especially attractive when states have few other tools in their foreign policy toolkits. Beijing, for example, has not yet engaged in subversion because China’s economic might endows it with economic instruments of statecraft that are unavailable to Russia, Pakistan, or Iran. China’s importance to global value chains, the size of its market, and the magnitude of its official finances give it sufficient sources of foreign policy leverage (although if its economy were to slow, subversion could become more attractive).

Most states, however, lack such a full suite of foreign policy tools. (For them, the primary alternative is military force.) Subversion gives these states a way to gain bargaining leverage, divert an adversary’s attention, and tie down military and fiscal resources. It should come as little surprise, then, that subversion has helped drive two challenges that have bedeviled the United States and its partners for decades: ungoverned spaces and state weakness. The terrorist and criminal organizations that take up residence in ungoverned spaces are responsible for a range of “public bads,” and weak and poorly developed states consume a disproportionate share of U.S. attention and resources. Much of what the United States spends on security cooperation assistance around the world is aimed at countering these risks.

As a result, even states such as China and Russia that possess a wider range of foreign policy tools may find subversion increasingly attractive. In recent years, Chinese assertiveness and Russian resurgence have forced weak states from the top of the U.S. policy agenda, but it is a mistake to assume that the problem will not reemerge. Rather than portending a return of traditional interstate conflict, great-power competition is more likely to play out through proxies in more fragile target states. The great powers will not be directly victimized, since they are not at risk of territorial deconsolidation, but they will face real dangers of being drawn into and bogged down in target countries.

GRAPPLING WITH THE GRAY ZONE

U.S. policymakers have been slow to recognize the growing threat of subversion and remain ill-equipped to counter it. A quarter century of unipolarity seems to have caused Washington to forget one of the most important lessons of the Cold War. In the meantime, new technology has lowered the costs of subversion while U.S. military superiority has increased its attractiveness.

Policymakers have three options for responding to the threat of subversion. The first is to reduce the motive, which requires addressing underlying policy disputes. In principle, it may be possible to find an agreeable settlement; third parties can offer their good offices and mediation services, help enforce and guarantee negotiated deals, or condition rewards on the resolution of disputes. But in reality, there are few examples of third parties successfully shepherding lasting settlements to the kinds of policy disputes that typically invite subversion.

A second option for policymakers is to eliminate the means of subversion—that is, to find ways to address the grievances that make potential local proxies open to cooperation with external sponsors. This may be possible in some cases, but not in most.

Since options one and two have at best long odds of success, the focus should instead be on a third one: increasing the costs of subversion. Policymakers must learn to recognize foreign subversion when it does occur; to discriminate between legitimate and illegitimate forms of external support; and to impose steep punishments on states that use subversion as a disruptive form of statecraft.

The success of this third option depends on the credibility of the threats and the severity of the costs. For example, the United States has repeatedly criticized Pakistan for supporting the Afghan Taliban, and the administrations of Presidents Donald Trump and Barack Obama both cut security aid and threatened harsher punitive measures. But these efforts have had little effect. U.S. threats to escalate lack credibility because Washington clearly needs Pakistan’s help to build a durable peace in Afghanistan—and because Pakistan, which must live with its neighbor, is confident that it can outlast the United States, which can leave at any time.

To improve credibility, the United States needs to use threats carefully and judiciously and be willing to demonstrate resolve when necessary. Raising costs for offending states will require the United States to bear some of its own. It will need to spend political capital to coordinate with allies and multilateral organizations to enforce punishments on offenders. It will require tailored punitive measures built on an understanding of domestic politics in the offending country. It may even require sacrificing some short-term interests in order to enhance deterrence of subversion in the long term.

Just as states have adapted to a world in which conventional force is no longer commonly used, so too must they adapt to the new normal of subversion. Conflict has not declined; it has merely evolved. And if war is politics by other means, then subversion is war by other means. 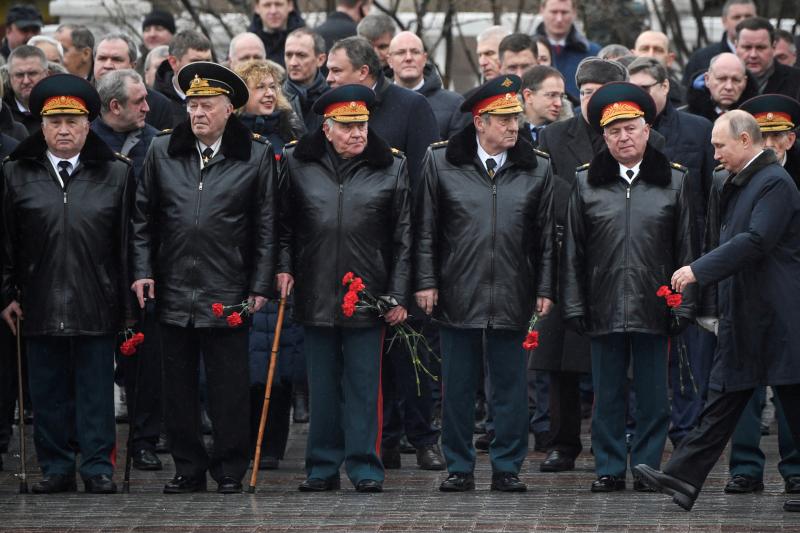 A Measure Short of War

The Return of Great-Power Subversion 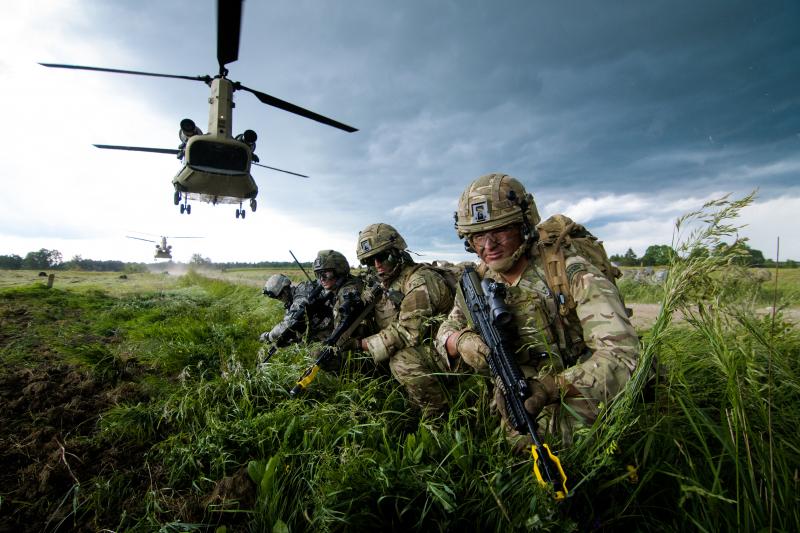 Elbridge Colby and A. Wess Mitchell