O’Hare International Airport in Chicago is one of the most important transportation hubs on the earth. With 2,700 flights a day and more than 80 million passengers a year, it is one of the United States’ busiest airports and the world’s second-biggest connector airport, linking flights to points across the globe. It is also, in certain crucial areas, old and outdated; some of the runways and terminals have gone decades without an overhaul. And when O’Hare gets clogged up, the rest of the country does, too.

When Chicago last renegotiated the lease agreements for airlines operating at O’Hare, in 2011, the federal government provided nearly a billion dollars in funding. But in 2016, when the city took urgently needed steps to modernize the airport? Crickets.

Chicago didn’t have the luxury of postponing and waiting, fingers crossed, for federal help that might never materialize. Instead, the city took matters into its own hands and negotiated directly with the airlines. In March 2018, Chicago announced an $8.5 billion deal for terminal and gate modernization, on top of a $1.5 billion deal for runway expansion. The projects will nearly double the airport’s terminal space, increase the number of gates by a third, add new runways and reconfigure old ones, and increase daily flights by 40 percent. The negotiations took the city just two years from start to finish.

Infrastructure may not be sexy, but an expansion of this size is a big deal—not just for Chicago but for the entire country. And yet the city is getting it done without a penny of economic assistance from the federal government. Instead, all funding will come from an increase in passenger traffic. Federal bodies must, of course, approve the overall plan and any environmental mitigation. But O’Hare is a perfect illustration of a larger trend across the developed world: as national governments have become weak, paralyzed, and dysfunctional, cities and their mayors have filled the vacuum. In many critical areas, they are now the ones actually getting things done.

Nation-states do not reflect the future.

Obviously, mayors alone can’t maintain the military, address major public health risks, or run big national entitlement programs, but most day-to-day functions of government do come under their purview. Mayors acknowledge and actively address climate change. They deal with immigration and infrastructure and don’t just constantly kick these issues down the road, hoping someone else will figure them out. They grapple with education, inequality, health, housing, terrorism, and crime.

Nation-states do not reflect the future. Rather, they are in a state of atrophy and decline. As of this writing, a dozen national governments in Europe are minority governments, with perhaps a few more on the way. When confronted with problems, these governments will produce gridlock and stagnation. The situation isn’t much better in the United States, which, when it is not run by the minority party, is still polarized to the point of paralysis. In the last two decades, major bills have been signed into law only when one political party has controlled both the executive and the legislative branches.

The presidency of Donald Trump, with its constant turmoil, shadiness, and sheer ineptitude, is a big problem for the United States. But Trump is merely a symptom of a deeper disease. People take a bat to the political system—whether by supporting a candidate like Trump or by voting for a radical breach like Brexit, to name but two examples—when they feel not just economic discontent but a broader sense of frustration that the nation-state is utterly incapable of addressing their fundamental concerns. In 2016, the American public was willing to try anything new, no matter how nontraditional.

Cities offer disaffected citizens a different approach. They have become places where function has replaced dysfunction, intimacy has replaced distance, and immediacy has replaced dithering. A city’s constituents can, and do, truly affect policies and outcomes through their engagement. “Local government is where trust lives,” Eric Beinhocker, the executive director of the Institute for New Economic Thinking, has said. And indeed, according to polling by Gallup, 35 percent of Americans trust the federal government, but 72 percent trust their local governments.

The news media aim much of their focus and energy these days on what is going on in, and what is coming out of, Washington, D.C.: the president’s Twitter feed, the palace intrigue, the ineffectiveness of so many members of Congress. The impulse is natural, and oversight of the federal government is crucial, especially when the government turns out to be corrupt. But much of that focus would be of more use if directed away from Washington to places less mired in gridlock, including cities.

“It is one of the happy incidents of the federal system,” the Supreme Court Justice Louis Brandeis wrote in 1932, “that a single courageous state may, if its citizens choose, serve as a laboratory; and try novel social and economic experiments without risk to the rest of the country.” Brandeis was right. A good portion of the New Deal was cooked up in the labs of a few states. Later, the Great Society and the Affordable Care Act were, too. These great ideas all flowed up into the national government from the states below. Today, however, cities, not states, are the laboratories. But unfortunately, their ideas no longer flow vertically to the national level (although perhaps, one day, the best of them will). Instead, they spread horizontally from city to city, not just in the United States but all over the world. As mayor of Chicago, for instance, I was a member of the Metropolitan Mayors Caucus, the United States Conference of Mayors, and the C40 Cities, a global coalition of cities devoted to addressing climate change.

When Trump initiated his administration’s travel ban, hundreds of cities around the country declared themselves sanctuaries for immigrants. And when he decided to pull the United States out of the Paris climate accord, Chicago held a climate conference during which dozens of the world’s biggest cities decided to opt in to the agreement apart from their respective national governments. In doing so, cities have become the beachhead of resistance to the ill-conceived decisions of national governments that go against the popular will.

But cities and mayors don’t just use their autonomy to collaborate on playing defense. The ideas they generate, test, and share with one another are often forward-thinking and progressive. When former New York City Mayor Michael Bloomberg created a technology hub with partnerships among universities, businesses, and the local government, scores of other cities decided to follow suit. At a time when no one else was really addressing the opioid epidemic, Chicago sued big pharmaceutical companies for deceptive marketing. The idea caught on quickly, and more than 700 other cities are now involved in opioid lawsuits. Inspired by projects in Berlin, Buenos Aires, Dallas, and Paris to repurpose old industrial waterfronts, Chicago undertook a project it called Riverwalk along the Chicago River. And almost simultaneously, Boston, Chicago, and Louisville introduced initiatives to address public education beyond the usual K–12 range, from as early as pre-kindergarten all the way to college. “Good mayors imitate,” Nan Whaley, the mayor of Dayton, Ohio, has said. “Great mayors steal.”

What’s more, cities are sharing ideas across party lines. Although many of the world’s biggest cities are led by mayors who identify as liberals, not all are. The mayors work together regardless. “We maybe come from different broader philosophical ideas about the role of government,” Tom Tait, the Republican former mayor of Anaheim, California, has said. “But at the local level it’s about getting things done and serving people. And there’s not a whole lot of ideology in that.”

Says Knox White, the Republican mayor of Greenville, South Carolina, “Our federal politicians are in a bubble. We aren’t on the city level, and don’t want to be. We talk to our constituents. We work with each other to get things done. My job is to facilitate this. It’s what I do. That’s what a mayor does.” That fundamental task is the same in cities large (Chicago), medium (Louisville, Kentucky), and small (Carmel, Indiana). All of them are working together to trade goods, ideas, and innovations outside the channel of the national government. They have become nation cities. 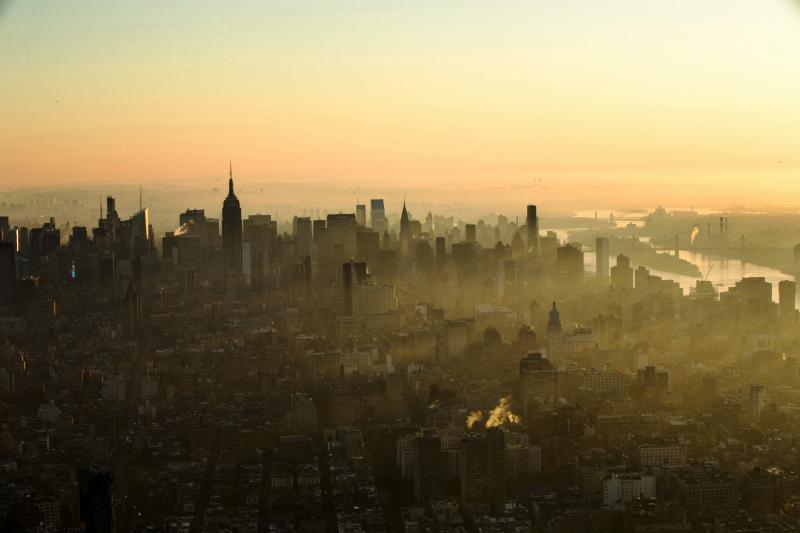 Why Municipalities Are the Key to Fighting Climate Change 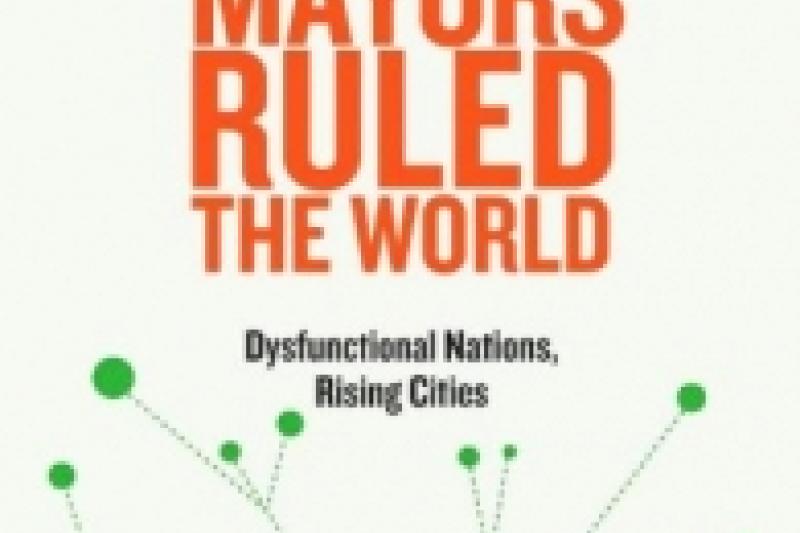