The 2015 Refugee Crisis Was Actually a Boon for Europe

As the EU Scrambles to Halt the Next Wave, Here’s What Happened to the Last One

On the border between Greece and Turkey, violent scenes of riot police struggling to prevent thousands of refugees from crossing into the European Union have set off alarm bells: an immigrant crush like that of 2015 and 2016 could hit Europe again, swamping public services and perhaps even catapulting far-right parties to power. “We don’t want a repeat of the year 2015,” German Interior Minister Horst Seehofer told journalists in Berlin this month, referring to the arrival that year and the next of 1.4 million asylum seekers in the EU. In that,  Seehofer and other European leaders are in agreement: this wave of refugees will not find sanctuary in Europe.

Between the summer of 2015 and the spring 2016, hundreds of thousands of refugees arrived in Greece by sea and then trekked north along the so-called Balkan route to northern and western Europe, mainly to Germany. Europe was unprepared for the influx. Many countries struggled to register and accommodate the refugees, who came primarily from Syria but also from Afghanistan and Iraq and in smaller numbers, from Eritrea, Iran, and the Balkans, among other places. The newcomers, and the chaos that accompanied their arrival, became fodder for xenophobes and far-right parties, which saw electoral gains in Austria, Germany, Greece, Sweden, and elsewhere.

As Europe rushes to turn away the latest wave of refugees, it is worth asking what actually happened to the roughly 1.4 million people who arrived in the EU in 2015 and 2016 and in particular, to the roughly 1.2 million who applied for asylum in Germany. Have their numbers created as much havoc as many EU politicians claim? In fact, although their integration has been incremental and costly, the refugees have not, as right-wingers and others have charged, swamped the German welfare system, overwhelmed the schools and public budgets, or deprived native citizens of employment. The refugees’ cultures and religions (mostly Islam) have not impeded integration or undermined social cohesion in Germany, nor have the newcomers been any more likely to commit crimes than Germans of similar economic means.

Of the roughly 1.2 million refugees who sought asylum in Germany in 2015 and 2016—the largest number ever received in the space of one year—about one million have remained in the country, granted either official protection or temporary residency. And over the last five years, as these new arrivals have gradually integrated into German society, the country’s economy has boomed and its coffers have swollen. Germany’s unemployment rate fell to just three percent last year, the lowest among Europe’s larger economies and a 1.6 percent drop from 2015.

Refugees have both shared in and contributed to Germany’s rising prosperity in these years. In every year since 2016, the number of refugees who are employed, proficient in the German language, or enrolled in either public education or vocational training has climbed steadily upward—a credit to German integration policies, which have improved with experience. Dietrich Thränhardt, a migration expert at the University of Münster, calls the integration of the 2015–16 refugees an “increasing success,” comparing the cohort’s trajectory favorably to those of previous waves of refugees and immigrants.

More and more of the most recent arrivals find a place in the labor market every year. Precise statistics on the 2015–16 cohort are hard to come by, but 49 percent of refugees who arrived between 2013 and 2018 now work either full- or part-time: 55 percent in skilled jobs and 44 percent in unskilled ones. (By comparison, 66 percent of the German population work either full- or part-time.) These figures are especially impressive when one considers that just 17 percent of adult refugees who arrived in 2015 and 2016 had college or graduate degrees, and 76 percent had no vocational training at all.

That success reflects a tremendous investment in education and training. Roughly 23 percent of adult refugees have entered the public education system, and around a third have undergone vocational training (98 percent of the children of refugees are enrolled in school). By the second half of 2018, 85 percent of adult refugees had attended German language courses, and two-thirds had passed a final examination. A total of 60 percent were either working or attending some kind of educational program, while the remaining 40 percent were either looking for work or were on pregnancy, maternity, or paternity leave. The figures are not as impressive for women, just 13 percent of whom were employed. But that discrepancy partly reflects the fact that 75 percent of women who received protected status are mothers, and the average number of children per family is 2.7, compared with 1.4 among native-born Germans.

Among those most pleased with the refugees’ integration are companies in the private sector.

Economists say these results are better than expected. The nearly 50 percent of refugees who were working five years after arrival is five percent higher than the labor-market integration rate of refugees who arrived from Yugoslavia in the 1990s, according to Herbert Brücker, who directs of the Institute for Empirical Integration and Migration Research at Berlin’s Humboldt University. That increase is even more remarkable considering that the most recent cohort of refugees had lower educational rates and greater language barriers—not to mention high levels of trauma. “The favorable economy has helped, but the fact is that we’re getting ever better at integration,” says Brücker. He points to more language instruction, improved job placement methods, and better pedagogy in schools. “We’re doing more [vocational] training and language learning now with refugees before they enter the labor force, which pays off later because they can eventually do more and go much further.”

Among those most pleased with the refugees’ integration are companies in the private sector, whose severe labor-market shortages have been partially alleviated by the refugee population. Germany had 1.4 million unfilled jobs in the middle of last year. And according to a 2019 German Chambers of Industry and Commerce study, 56 percent of German companies were unable to find the workers they need, and there were a total of 207,000 empty vocational-training spots. (Of the vocational-training positions that had been filled, 15 percent belonged to refugees who had arrived in 2015 and 2016.) In light of these shortages, a third of German firms have already looked abroad to fill the gaps in their labor forces, hiring foreign nationals from elsewhere in the EU and beyond. So dire is the current labor shortage that the Federal Employment Agency sees it as the primary obstacle to future growth. Surveys show that 80 percent of German firms are willing to train and hire refugees who are not in danger of being deported—the problem is that there aren’t enough of them.

That’s not to say that Germany wouldn’t still have a need for highly skilled foreigners who speak German or English; recruiting this caliber of professionals is something that Germany has struggled with for decades. But with Germany’s population forecast to decline in the coming years, the most recent refugee arrivals and their offspring will clearly be important to both the labor market and the maintenance of the welfare state. In fact, Germany will need many more immigrants in the years to come. According to the Institute for Employment Research (IAB) of the German Federal Employment Agency, without additional migration, Germany’s workforce, currently 45.5 million, would shrink to about 42.0 million in 2030, 37.8 million in 2040, and just 30.0 million in 2060, causing the economy to contract dramatically. Eastern Germany, with a very low share of incoming foreign nationals, would be severely hit by the demographic decline. In fact, the IAB calculates that Germany needs 400,000 new workers per year to keep its workforce steady. (Total net migration in 2018 was 400,000; 186,000 of this cohort, which included children, applied for political asylum.)

Although Germany’s effort to integrate the last wave of refugees has been relatively successful, it has come at a high cost: 20 billion euros in 2015 alone (the size of the country’s defense budget that year) and around 15 billion euros every year over the four following years. Eventually, economists say, the refugees’ contribution to the economy will outstrip the state’s investment—but there is no reliable forecast for when that will happen.

Nearly 40 percent of the 2015–16 refugee cohort rely on social services, including a majority of women. Although fears of prodigious crime rates have proved unfounded—refugees commit crimes at roughly the same rate as native-born Germans of the same age and socioeconomic profile—that hasn’t stopped right-wing politicians from whipping up anti-immigrant sentiment. Scapegoating of the newcomers has contributed to the gradual erosion of public support for refugee admissions. Whereas two-thirds of Germans said they would accept refugees in 2015, less than half say they would today.

Arguably the worst upshot of the 2015–16 refugee influx was its propulsive effect on the far right. The crisis catapulted the xenophobic Alternative for Germany (AfD) into regional parliaments across Germany and then into the Bundestag with a stunning 12.6 percent of the vote, nearly triple its 2013 result. Like the AfD’s brethren in almost every other EU country, the party capitalized on high-profile crimes committed by refugees—such as the sexual assaults committed by young men from North Africa and the Arab world in Cologne on New Year’s Eve in 2015—to drum up support. The Cologne attacks shocked Germans and helped propel the AfD into the mainstream political discourse. So potent a political force is the AfD today that Chancellor Angela Merkel’s ruling Christian Democratic Union refuses to proclaim the incremental integration of refugees over the last five years a success, despite its positive impact on the labor market.

Anti-immigrant sentiment has also fueled the rise of far-right parties in other European countries that saw large numbers of arrivals in 2015 and 2016. While Germany accepted by far the most refugees in absolute terms, Sweden, a country of just 10 million, took in the most per capita—double Germany’s figure. The crush not only bolstered the far right there but led to a severe tightening of Sweden’s asylum and family reunification laws. Refugees who arrived in Sweden in 2015 and 2016 have found jobs at slightly lower rates than in Germany, but they have still broadly integrated into the labor force. “Whether one sees the fate of the [2015–16] refugees in a positive or negative light depends on one’s cultural affinities,” says Joakim Ruist, a migration specialist at Sweden’s University of Gothenburg. “If you see your country as one with humanitarian responsibility, then our government’s response was right and Sweden managed pretty well. But if you don’t want foreign peoples in your society and [those that] burden the welfare state, then it was a mistake.”

Ruist points out that accommodating the 2015–16 refugees would have been much easier if Europe had distributed them equitably across the EU’s 28 countries, most of which face demographic challenges similar to Germany’s and could benefit from immigration. But most EU countries rejected that idea in 2015, and most still reject it today—with Sweden among the naysayers. The German experience underscores that Europe can take in refugees, even in large numbers, and that the newcomers can integrate into society and fill vital gaps in the labor market, especially in times of economic prosperity. But in addition to state-of-the-art integration programs, welcoming refugees requires patience, money, and empathy from native populations. Unfortunately, all appear to be in short supply these days. 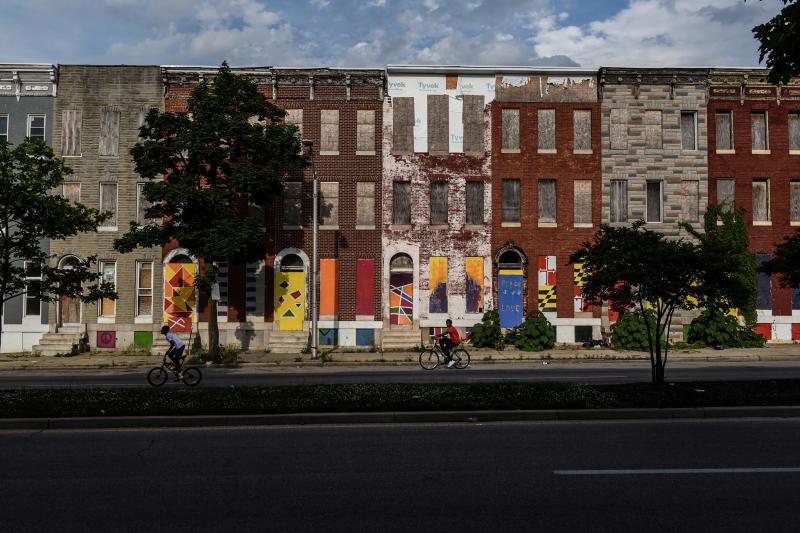 The Problem Is Not Too Many, but Too Few 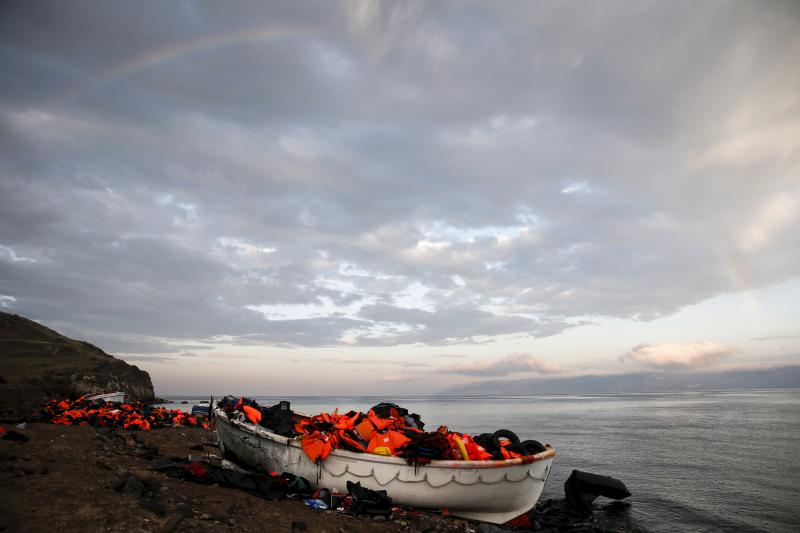