The Fight Against Corruption Needs Economists

The U.S. Treasury Department Must Make It a Priority

Combating corruption and kleptocracy has traditionally been an afterthought in U.S. foreign policy: a goal that most policymakers considered laudable but hardly a priority. That attitude is no longer acceptable. In recent years, countries such as China and Russia have “weaponized” corruption, as Philip Zelikow, Eric Edelman, Kristofer Harrison, and Celeste Ward Gventer argued in these pages last year. For the ruling regimes in those countries, they wrote, bribery and graft have “become core instruments of national strategy” through which authoritarian rulers seek to exploit “the relative openness and freedom of democratic countries [that] make them particularly vulnerable to this kind of malign influence.”

Strikingly, one particular form of financial aggression—covert foreign money funneled directly into the political processes of democracies—has increased by a factor of ten since 2014. Over roughly the same period of time, American voters have become highly receptive to narratives about corruption, and politicians across the ideological spectrum now routinely allege that the economy is rigged and deride their opponents as crooked and corrupt. Thus, the needs of U.S. foreign policy and domestic politics have neatly aligned to offer a historic opportunity for a sweeping anticorruption campaign that would institutionalize transparency, resilience, and accountability throughout the United States and in the international financial, diplomatic, and legal systems.

President Joe Biden, his closest foreign policy advisers, and an increasingly active cohort of lawmakers are intent on carrying out precisely that kind of effort. But there is one big problem: leaders in the Treasury Department and some of the officials running international economic policy in the Biden administration are not fully on board. Their reluctance to focus on corruption could severely hinder the mission, because they control the most powerful tools that Washington can bring to the fight.

No American political figure has done more to frame corruption as a national security issue than Biden. As vice president, he led the U.S. fight against graft abroad and publicly warned in 2015 that, for authoritarian states, “corruption is the new tool of foreign policy.” Writing as a presidential candidate in these pages, Biden promised to issue a policy directive enshrining anticorruption as a core national security interest and pledged to “lead efforts internationally to bring transparency to the global financial system” and to “go after illicit tax havens.” Fighting corruption will be a major focus of the Summit for Democracy that Biden pledged to host in his first year in office.

The foreign policy specialists who have spent years working with Biden are all in sync on this issue. In his first major speech as secretary of state, Antony Blinken prioritized fighting corruption in the contexts of both economic inclusivity and democratic renewal. Blinken has already bestowed honorary awards on anticorruption activists and banned the most powerful oligarch in Ukraine from entering the United States due to corruption; he is now considering naming an anticorruption special envoy. Samantha Power, who heads the United States Agency for International Development, recently wrote that fighting corruption is crucial to restoring U.S. leadership and pledged that doing so would be “a huge priority” at the agency under her leadership. In his first interview after being named the national security adviser, Jake Sullivan said that combating corruption and kleptocracy is one of his highest goals, and the administration’s interim national security strategic guidance mentions corruption half a dozen times.

No American political figure has done more to frame corruption as a national security issue than Biden.

The leadership at the Treasury Department, however, does not seem nearly as focused on the issue, taking few specific steps to start fighting corruption in the first 100 days of the administration. Until recently, the word “corruption” never appeared in any Treasury speeches, tweets, readouts of calls with foreign officials, or press releases (except for mostly stock language in a few sanctions announcements). In late April, Treasury did release an expression of support for a British anticorruption initiative. But according to one administration official, the White House instructed Treasury to make that statement. When Treasury Secretary Janet Yellen separately addressed international standards against dirty money, rather than calling for a focus on corruption, she emphasized two other priorities: the role of virtual assets such as cryptocurrencies and the financing that enables the proliferation of weapons. At first, Yellen’s inattention to corruption seemed entirely understandable, because she was focused on the public health and economic crises caused by the pandemic. But when she laid out her international agenda in a February letter to the G-20 and in a major speech in April, she did not describe combating corruption and kleptocracy as a priority. Correcting these omissions in a clear and public way should be a top priority for Treasury’s second 100 days.

Mobilizing financial regulations and international diplomacy to wage war on corruption and kleptocracy might not come naturally to economists, even accomplished ones such as Yellen and her staffers, because economics has come to be seen as an academic discipline independent of the realities of state power. That is partly because, during the Cold War, Washington’s strategic goals and its economic interests generally converged: in an ideological competition against communism, the spread of free trade and free markets also naturally advanced the geopolitical campaign to win support for liberal democratic capitalism. Hence there was little need for American economists to pay close attention to strategic considerations, because there was not much tension between purely economic interests and U.S. grand strategy.

Since then, however, the nature of authoritarian regimes has evolved, with strategic implications for U.S. policy. Instead of trying to win over the hearts and minds of the masses with communist ideology, the countries that threaten U.S. power today are organized as kleptocracies, stealing from their own people to buy the loyalty of cronies. They hide their ill-gotten gains in Western markets, which presents an Achilles’ heel if financial authorities can manage to find their dirty money.

The countries that threaten U.S. power today are organized as kleptocracies, stealing from their own people to buy the loyalty of cronies.

Unfortunately, this new reality has not yet been taken on board by most economists. In many cases, their views have been shaped by a neoliberal consensus that fails to account for the ways in which deregulation and globalization opened pathways to subvert American democracy and reinforce the power of kleptocracies. Meanwhile, policymakers hoping to shift away from neoliberal dogma have generally not included anticorruption as an element of economic policy. The Biden administration’s vision of a “foreign policy for the middle class,” for example, leaves out fighting corruption. Elsewhere, the administration has cast anticorruption efforts as part of its campaign to revitalize democracy rather than as part of its agenda to set international economic policies that can serve all Americans. And when Yellen has described the costs of corruption, she has focused on its negative effects on growth and poverty in other countries rather than the threat it poses to U.S. national security.

If Biden wants to make progress against corruption, he needs to push his Treasury Department to get with the program. A good first step would be to start preparing a National Corruption Risk Assessment that would expose the financial networks used by oligarchs and kleptocrats. Next month, the department will publish guidance for banks regarding anti–money laundering priorities, and it should use that occasion to emphasize the risks of corruption. And for a broader public audience, a top Treasury official should give a major speech launching a war on corruption, perhaps at the first-ever United Nations session dedicated to corruption, which is scheduled for early June.

Treasury should also develop strong regulations for implementing a law that Congress enacted in January that outlaws anonymous shell companies. According to a number of anticorruption experts who maintain contacts in the administration and who have been imploring senior Treasury officials to prioritize this issue, the department was initially reluctant to designate a senior official to serve as a point person for these regulations. Eventually, public pressure from outside critics and private urging from security and economic officials in the White House led to an appointment. Citing funding constraints, however, Treasury has still not hired outside experts to advise it on enforcing the new law, such as civil society advocates who know which regulations to prioritize, what lobbying pushback to expect, and how to close loopholes through seemingly mundane steps such as updating standard forms.

Fortunately, lawmakers are ramping up pressure on Treasury to get serious about prioritizing anticorruption. On May 3, Representative Tom Malinowski, Democrat from New Jersey, and Senator Sheldon Whitehouse, Democrat from Rhode Island, wrote a letter to Yellen to “underscore the crucial role of Treasury in combatting international corruption and kleptocracy and to urge you to take early steps to confront this key national security threat.” Malinowski and Whitehouse argued that “the top policy priority in the fight against dirty money should now become the expansion of [anti–money laundering] obligations to cover financial facilitators and professional service providers that can enable corruption.”

They recommended first regulating private equity firms and hedge funds before moving on to real estate companies, lawyers, accountants, and others who sometimes enable bribery and graft. They also suggested that Treasury should “lead a landmark international agreement to end offshore financial secrecy and illicit tax havens once and for all . . . backed up by concrete commitments around an array of reporting mechanisms.” Malinowski and Whitehouse also called on Yellen to develop a medium-term anti-kleptocracy plan and appoint anticorruption specialists at Treasury. Meanwhile, the Helsinki Commission—an interagency body created by Congress in 1975 to coordinate security policy with Europe—plans to launch a new “counter-kleptocracy caucus” in June to share perspectives and coordinate efforts across political parties and congressional committees.

Congressional attention to this issue is good news. But to live up to Biden’s ambitious vision for fighting corruption, his entire administration needs to match Capitol Hill’s energy. And that means making sure that every department—including Treasury—devotes itself to the effort. 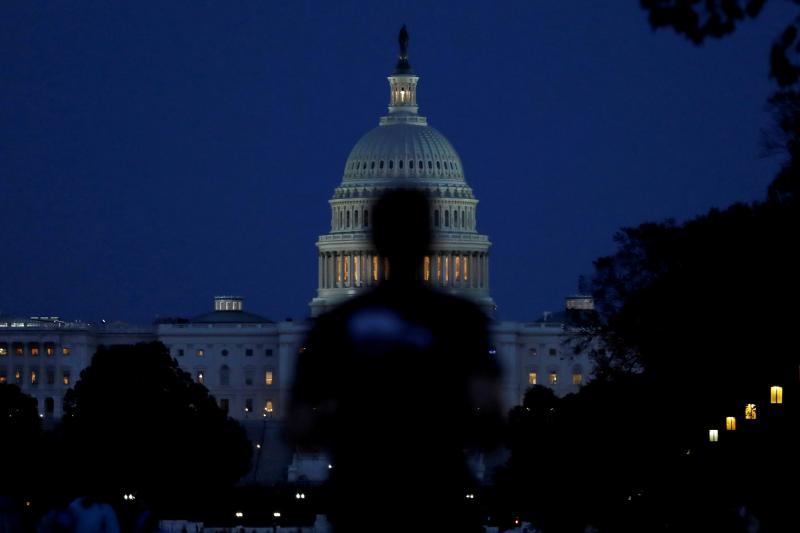 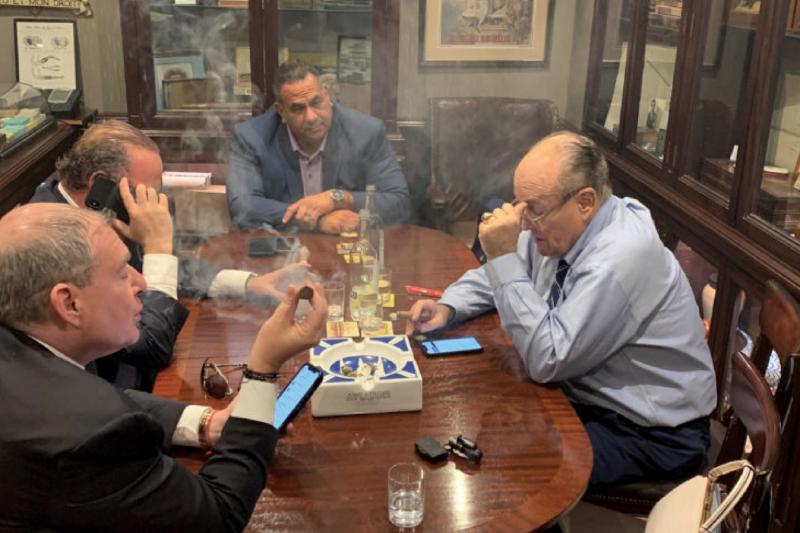