Over the past two years, a bipartisan consensus has emerged that the United States should leave Afghanistan. This summer, President Donald Trump repeatedly claimed that he wanted out. So did the Democratic presidential candidates. During a September debate, Massachusetts Senator Elizabeth Warren promised to bring troops home without any deal with the Taliban, and former Vice President Joe Biden was just as strident, declaring, “We don’t need those troops there. I would bring them home.” But advocates of the mission argue that a full withdrawal courts disaster, paving the way for terrorist groups to reestablish a safe haven in Afghanistan.

That distaste for remaining in Afghanistan is widespread is unsurprising after 17 years of war. And U.S. involvement in active military operations in Afghanistan has greatly decreased since 2010 and 2011, when nearly 100,000 U.S. troops were deployed. The remaining 14,000 U.S. troops in Afghanistan support local security forces with airstrikes, surveillance, and advising. Afghan soldiers and police do the frontline work of defending cities against the Taliban, while U.S. special operations devote significant effort to battling al Qaeda and the Islamic State (or ISIS). The United States has fought a relentless campaign against these groups, and many opponents of the effort can endure it no longer.

But what will actually happen if the United States pulls out of Afghanistan without a peace deal? Whether disaster will follow or the consequences will be manageable, U.S. policymakers should take the measure of the course of action now—lest they find themselves unwilling to bear the risks of withdrawal.

A Taliban advance would likely follow a U.S. withdrawal. The events of the years 2014 to 2016 offer a cautionary tale. During those years, the United States minimized airstrikes, because it believed that doing so could allow the Afghans to learn to fight on their own. Instead, the Taliban all but captured several provinces, including Kunduz and Helmand. Heavy casualties and desertions thinned the ranks of the Afghan military and police. In 2016, the United States went back to permitting airstrikes and thus stemmed the Taliban advance.

If the president decides, whether in 2021 or before, to fully withdraw from Afghanistan, those airstrikes would cease. The United States would close all its bases and stop conducting surveillance in support of Afghan forces. All U.S. drones and troops would depart, including special operations forces and advisers. U.S. allies and coalition partners would undoubtedly pull out their 8,700 troops, too. Washington could continue to provide funding to the Afghan military at a reduced level, but Congress would be sorely tempted to eliminate such support once U.S. troops were out of harm’s way. Just how long a withdrawal would take is a matter of debate: the Obama administration once planned for a timeline of 30 months, but some have called for one that is even shorter.

Toward the end of the withdrawal process, the balance of military force within the country would tip. The Taliban’s leader, Mawlawi Haibatullah, would probably attack provincial centers such as Kunduz and Lashkar Gah. The Afghan army and police would not be able to defend these cities without U.S. air support. The following year, Haibatullah could escalate, striking big cities such as Kandahar and Jalalabad. Afghan special operations forces, the National Directorate of Security, and certain hard-bitten tribal leaders would fight tooth and nail. But chances are good that a significant number of soldiers and police would flee, leaving the Taliban tide to overwhelm the big provincial cities’ defenses.

If the U.S. withdraws, the Taliban would control at least half of Afghanistan.

Kabul itself could then spontaneously fall. Once tribal leaders, police, soldiers, and farmers sense which way the wind is blowing, the whole edifice of the Afghan state could collapse. Such was the sequence of events in 2001 and many times before, as Professor Thomas Barfield writes in Afghanistan: A Cultural and Political History: “The war did not have any decisive battles. Just as the Taliban had come to power by persuading people that they were winners without fighting . . . they lost the war in a reverse process.”

But Kabul also stands a decent chance of surviving. Afghanistan’s army might concentrate on defending the capital, and Tajik, Uzbek, and Hazara warlords—who once made up the Northern Alliance—could mobilize militias to help. Outside powers could oppose the Taliban: Russia, in defense of long-standing Uzbek and Tajik friends; Iran, to protect the Shiite Hazaras; and India, in order to contain Pakistani influence. None of these countries can be assumed to step in fully behind the government, but a total Taliban victory would be in none of their interests.

Regardless of Kabul’s fate, however, the Taliban would control at least half the country, including several cities, fertile croplands, and mineral deposits. Under such circumstances, al Qaeda, ISIS, and like-minded groups would gain access to territory and resources. Other foreign terrorists would join them in Afghanistan, where a perceived Taliban victory over the United States would serve as a beacon to foreign extremists.

A BEACON FOR TERRORISTS

There is scant evidence that the Taliban intends to attack the United States, even if it winds up in charge of all of Afghanistan. Its leaders may even discourage terrorist groups from causing trouble. But the group is unlikely to physically prevent others on its territory from planning, preparing, and coordinating terrorist attacks—especially if there is no peace deal. Over the years, former and current Taliban members have admitted to me that they think of al Qaeda as a friend and feel they should not be asked to turn on it. In August, Taliban spokesman Sohail Shaheen claimed he knows of no proof that al Qaeda was responsible for 9/11. Some commentators argue that U.S. retaliation for 9/11 would compel the Taliban to break with al Qaeda. But many Taliban believe that they have defeated the United States. In their minds, they are the ones who taught us the lesson.

ISIS is a different matter, because the Taliban actively fights it. After a U.S. withdrawal, ISIS would be free from U.S. bombardment. The Taliban might then escalate its attacks against the group, or it could simply try to hold it off by maintaining a strong front against it. To that end, Taliban leaders would be wary of distancing themselves from al Qaeda, a potential ally in fighting ISIS.

Many Taliban believe that they have defeated the United States.

The experience of ISIS in Iraq and Syria between 2014 and 2017 offers an example of what can happen when a terrorist group has lots of territory. Control of Raqqa, Mosul, and other cities supplied ISIS with the space it needed to hide, meet, train, organize, and spread propaganda—all at a time when the group was under tremendous U.S. military pressure. The period when ISIS held the most territory coincided with 35 ISIS-linked attacks in Europe and the United States, which killed or injured roughly 2,000 people.

After a full U.S. withdrawal from Afghanistan without a deal, al Qaeda and other terrorist groups could mount or inspire more attacks on the United States. But the exact nature and dimensions of a post-withdrawal threat are unknowable. Furthermore, U.S. homeland defenses are much stronger than they were in 2001 and might foil a terrorist plot of a scale similar to that of 9/11. Why should the United States worry about an undefined threat that could issue from Afghanistan someday in the future?

The United States could instead refocus its efforts on resiliency, or the ability to endure an attack and its losses. But the time might not be right for such a mindset, and the shift might not be politically expedient. The right peace deal could make such a stance unnecessary. Still, the United States should recognize that the most direct route out of Afghanistan is to live with the threat of terrorism.

If the United States withdraws from Afghanistan without a peace deal, the Afghan people will be the most affected. In the first year after a U.S. exit, Afghans would likely suffer an upsurge in violence as Taliban offensives intensified. Life in areas coming under Taliban control would be oppressive. The Taliban has recently tried to soften its policies, but as the terrorist organization expands its presence, women will most likely lose the freedom they have gained, the press will be silenced, and Afghans who have fought the Taliban will face retribution.

Over the long term, however, the ledger might balance out. If the Taliban takes over the country, violence would cease in areas under its control. That could make up for the loss of freedom and economic development. Afghans would be oppressed and deprived, but alive. By contrast, if the United States stays, war and all its effects—from airstrikes to suicide bombings—would persist, possibly indefinitely.

A U.S. withdrawal would not necessarily be disastrous for Afghanistan. It would, however, entail real risks that would require the United States to accept a degree of resiliency. Policymakers must decide how much risk they are willing to assume at this delicate point in U.S. history. 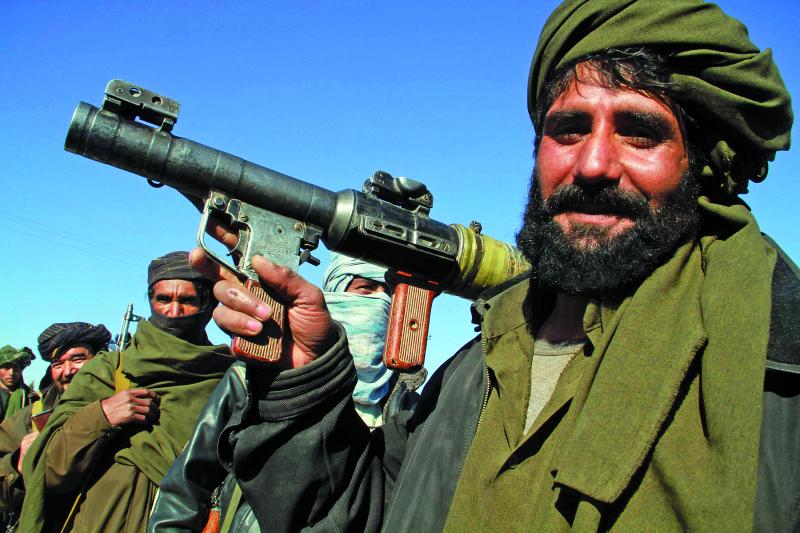 Time to Negotiate in Afghanistan

How to Talk to the Taliban 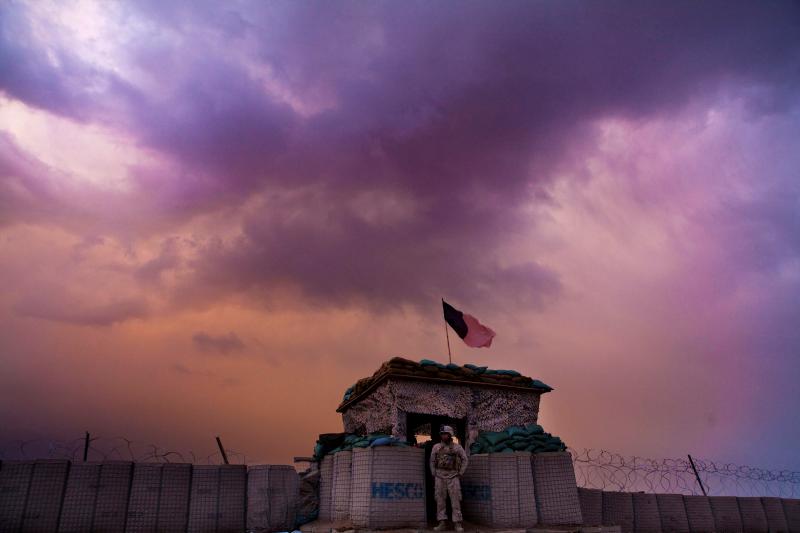 But Neither Can U.S. Troops