The withdrawal of U.S. military forces from Afghanistan has unleashed a fresh wave of violence. Taliban forces have stepped up attacks across the country and overrun a growing number of districts. They have positioned soldiers and materiel around major cities for eventual sieges. Iran and Russia have ramped up their covert support to the Taliban and other antigovernment groups. In June, General Scott Miller, the top U.S. military commander in Afghanistan, admitted that the security situation was dire, saying, “Civil war is certainly a path that can be visualized if this continues on the trajectory it’s on right now.”

U.S. President Joe Biden’s decision to withdraw all U.S. forces was a mistake. A far better choice would have been to keep roughly 2,000 U.S. forces in Afghanistan—as well as a small number of aircraft and helicopters at major bases—to provide training and other aid to Afghan forces. But that ship has sailed, and now an increasingly violent civil war in Afghanistan presents U.S. policymakers with a difficult choice: Should the United States remain engaged and, if so, how?

Preventing catastrophe—a complete Taliban military victory and the reestablishment of terrorist safe havens—depends on what the United States does now. Without overt U.S. military forces on the ground, the next best way to avoid the worst outcomes in Afghanistan and minimize the downsides of a withdrawal is through a strategy focused on supporting Afghan security forces and striking terrorists. This approach would entail funding and arming the Afghan government and other anti-Taliban forces, deploying small numbers of CIA paramilitary units and U.S. special operations forces, and striking targets from the air.

Such a strategy will not prevent the Taliban from overrunning Afghan cities. But it may be enough to minimize the likelihood of a terrorist sanctuary, prevent the Taliban from controlling all of Afghanistan, limit a humanitarian crisis, and stop other powers from filling the vacuum. After 20 years of direct U.S. involvement in a war that many Americans have grown tired of fighting, this is the most practical way forward.

The first is preventing Afghanistan from again becoming a sanctuary for terrorists who threaten the United States and its partners. Taliban leaders continue to enjoy close relations with al Qaeda. As the Taliban make additional gains on the battlefield, al Qaeda will likely attempt to rebuild its ranks. The local affiliate of the Islamic State (or ISIS) boasts between 1,000 and 2,000 fighters in Afghanistan and Pakistan. Its leaders have already vowed to use the escalating war as an opportunity to resurge.

Another U.S. interest is to limit Russian, Chinese, and Iranian meddling in Afghanistan. Iran’s Quds Force—the irregular warfare branch of the Islamic Revolutionary Guard Corps—is already expanding its clandestine presence in the country. If that growth continues, Tehran will eventually have a 2,000-mile land bridge extending from Lebanon to Syria to Iraq to Afghanistan, where it would support a range of militias and government officials to further its political, security, and economic interests. Russia has also aided the Taliban, offering them small arms and money to protect their southern flank. China, too, is likely to get more involved to safeguard its economic interests in Afghanistan—including Chinese-owned copper mines—and increase arms sales.

A final U.S. interest is minimizing the possibility of a humanitarian crisis. The Taliban have a well-documented record of repression, intolerance, and human rights abuses against women, foreigners, ethnic minorities, and journalists. Afghanistan could become a humanitarian nightmare if civil war were to engulf the entire country, swelling the ranks of refugees. At 2.7 million, the number of people who have been displaced from the country is surpassed only by the number who have left Syria and Venezuela, and Afghanistan’s refugee numbers will likely balloon as violence escalates.

THE SPEED OF COLLAPSE

With U.S. and NATO military forces leaving and peace talks in disarray, the military balance of power has shifted dramatically in favor of the Taliban and their backers—Pakistan, Iran, and Russia. Now, the Taliban are free to pursue their longtime goal of reestablishing an Islamic emirate through military force. As they battle the Afghan army and police, the Taliban will likely draw on a mix of conventional operations and guerrilla tactics such as ambushes, raids, and suicide bombings. Taliban leaders may increasingly focus their operations on urban centers in such strategically important provinces as Helmand, Kandahar, Kunduz, and Kabul—and then attempt to create a domino effect in cities around the country.

Yet it is not a given that the Taliban’s advances will move quickly; their speed depends on several factors. One is whether the United States and other countries continue to provide military, financial, and other aid to the Afghan government and anti-Taliban groups. In the six months following the Soviet withdrawal in 1989, for example, Moscow flew nearly 4,000 planeloads of weapons and supplies into Afghanistan to help the government fight the mujahideen. This assistance prevented an immediate collapse of the government of Mohammad Najibullah, the country’s pro-Soviet president.

Another factor is the degree of fragmentation of the Afghan security forces. Afghan army, police, and intelligence units could fracture along ethnic and patronage lines, defecting to the Taliban or splintering into local militias. The faster Afghan government units disintegrate, the faster the Taliban can seize and hold territory. Some high-end government units, such as the Afghan National Army Commando Corps, are well trained and highly capable and may be able to motivate some Afghan forces to keep fighting. But they need outside support to sustain their operations.

President Joe Biden’s decision to withdraw all U.S. forces was a mistake.

Yet another factor is whether the Taliban face a serious challenge from other groups, such as the Islamic State Khorasan, which would force them to divert resources away from fighting Afghan army, police, and intelligence units. A final factor that could affect the speed of a Taliban takeover is the ability of the Afghan government to remain legitimate in the eyes of its population. The more Afghans view the current government as weak, ineffective, corrupt, and illegitimate, the more its days are numbered.

Even if all these factors tilt in the Taliban’s favor, the group will have a hard time controlling all of Afghanistan. The Taliban’s ideology is too extreme for many Afghans—particularly those in urban areas—who adhere to a much less conservative form of Islam that permits modern technology, television, music, participation in democratic politics, and some women’s rights. The Taliban’s brutal tactics, including suicide attacks, have alienated much of the population. All these deficiencies give Washington an opening to prevent the group from achieving a complete takeover of Afghanistan.

Washington has several options to deal with the complex and rapidly evolving war, although none of them are particularly good. After withdrawing its forces from the country, Moscow phased out its aid to the Afghan government and, in 1991, terminated all of it. That is one path the United States could choose. But doing so would virtually guarantee the collapse of the Afghan government, a Taliban battlefield victory, the reconstitution of Afghanistan as a safe haven for terrorist groups, and a major humanitarian catastrophe.

A second option would be to continue providing money and equipment to Afghan security forces but to stop all training and operations—both from the air and from CIA and special operations forces on the ground. Yet this decision would hamstring the United States if terrorist groups such as al Qaeda and ISIS regained strength. The United States would have to outsource military operations to other countries in the region—say, India or Pakistan——but that would be a big political gamble if there ended up being a terrorist attack against Americans.

The best alternative is to continue providing military assistance from the air and covert forces on the ground through a strategy of what is known in military circles as “armed overwatch.” Since 2001, the United States has used various combinations of CIA and special operations forces, airpower, and aid to security forces to weaken terrorist groups linked to al Qaeda and ISIS. This approach has been used in Iraq, Libya, Pakistan, Somalia, Syria, and Libya, and it should be adopted in Afghanistan. The goals would be modest: prevent Afghanistan from once again becoming a terrorist safe haven, thwart the Taliban from controlling the entire country, reduce the possibility of a humanitarian crisis, and blunt the expansion of Iran, Russia, and China.

The United States should provide at least $3 billion per year in aid to Afghan security agencies to fight the Taliban—the rough amount it is paying today and what will be needed in the future to sustain the Afghan forces’ infrastructure, equipment, transportation, training, and operations. Among the most important security forces to assist are the Afghan government’s high-end army, air force, and police units, which have fought effectively against the Taliban, al Qaeda, and ISIS. Keeping them up and running is essential to preventing the Taliban from controlling the entire country.

Preventing catastrophe depends on what the United States does now.

Second, the United States should fly regular missions for the purpose of striking targets and gathering intelligence. Finding a nearby staging area will not be easy. Although it would be helpful to station U.S. aircraft in Uzbekistan, Tajikistan, or Kyrgyzstan, Russian leaders have already stated that they will forbid these countries from hosting U.S. military bases in their Central Asian sphere of influence. The United States could fly some missions from aircraft carriers in the Indian Ocean, but the U.S. Navy would likely prefer to use those ships for missions aimed at countering China in East Asia. This leaves countries in the Persian Gulf such as Qatar, which is over 1,000 nautical miles from Afghanistan.

Given the mission requirements for Afghanistan, the best aircraft for the job is the unmanned MQ-9 Reaper. One of the newest versions of the drone could, after subtracting the 12-hour round trip from Qatar, spend roughly 26 hours flying over Afghanistan, conducting surveillance and striking targets. The United States could complement its drones with manned aircraft, including F-15E strike fighters, F-16 fighter bombers, A-10 ground attack jets, and B-52 strategic bombers. These aircraft could assist Afghan forces by offering close air support—missions that would prove particularly useful when the Taliban start to mass their forces and conduct large conventional operations. Since the Taliban do not yet possess significant surface-to-air missile capabilities or an air force, the United States would continue to enjoy air superiority.

There is a great deal of value in letting the CIA and U.S. special operations forces maintain their relationships with Afghan forces, ties that go back decades. During the 1990s, the CIA provided money and equipment to anti-Taliban groups such as the Northern Alliance. After 9/11, these relationships proved critical when the United States invaded Afghanistan. If a future U.S. administration decided to deploy U.S. military forces to the country once again—as the Obama administration did in Iraq in 2014 after withdrawing them in 2011—a continued intelligence and special operations relationship would be helpful.

Armed overwatch in Afghanistan will not be a panacea. In all likelihood, it will not be sufficient to prevent the Taliban from seizing and holding some cities. But it may be able to minimize the likelihood that Afghanistan will again become a terrorist sanctuary, prevent the Taliban from controlling the entire country, and counter Russian, Iranian, and Chinese influence. It may be, in other words, good enough. 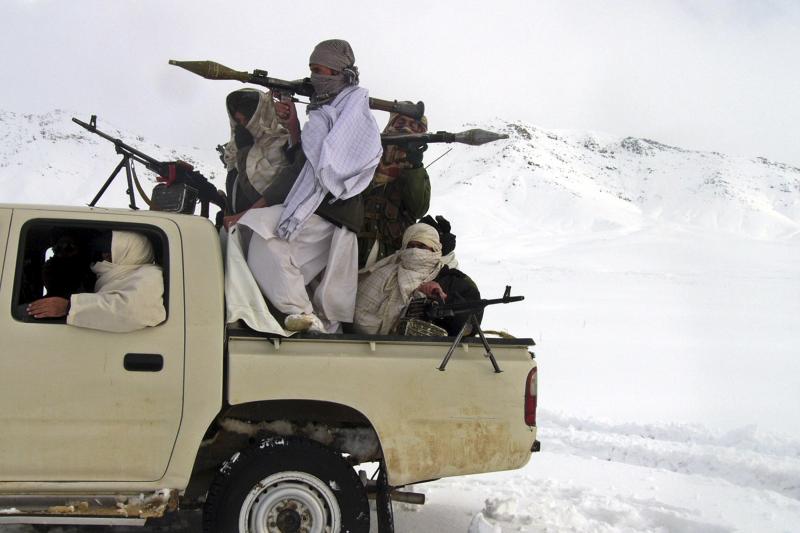 Just Because the Taliban Won Doesn’t Mean Jihadis Will 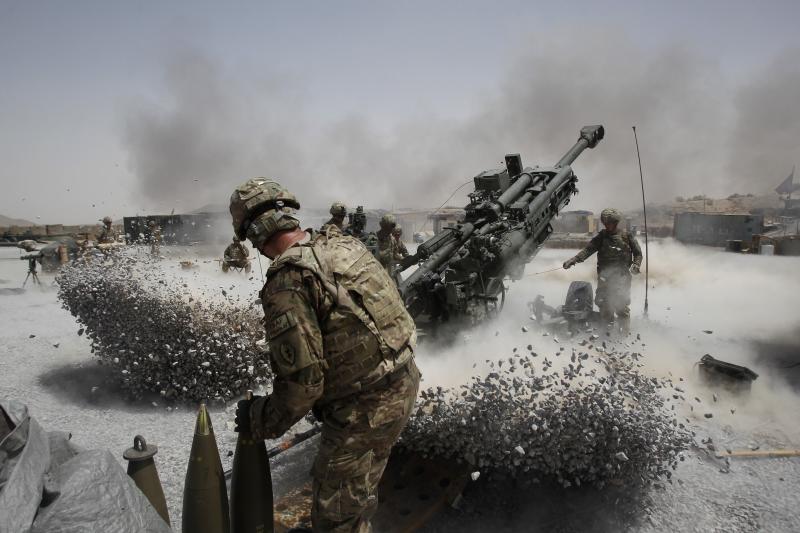 Fragile States and the Next President

What Washington Should Do