By John Campbell and Robert I. Rotberg

Nigeria is in big trouble. If a state’s first obligation to those it governs is to provide for their security and maintain a monopoly on the use of violence, then Nigeria has failed, even if some other aspects of the state still function. Criminals, separatists, and Islamist insurgents increasingly threaten the government’s grip on power, as do rampant corruption, economic malaise, and rising poverty.

Most failed states in Africa—such the Central African Republic, Somalia, and South Sudan—are small or marginal; Nigeria, by contrast, boasts a growing population of 214 million. It is expected to become the world’s third-largest country by population by 2050. And prior to the COVID-19 pandemic, it had Africa’s largest economy or its second-largest after South Africa (depending on how one measures). That is why state failure in Nigeria is having profound consequences for the entire region—and beyond. It bodes especially ill for the stability and well-being of weak states in Nigeria’s vicinity, as evidenced by the spread of jihadi and criminal groups to Burkina Faso, Cameroon, Chad, Ivory Coast, Mali, and Niger.

Nigeria’s collapse can be reversed, however. Increasingly, prominent Nigerian opinion-makers are calling for an alternative to the current administration—whether through a national convention to rebuild the state from scratch, the breakup of Nigeria into smaller countries, or a domestic military takeover of the kind Nigeria has experienced repeatedly since independence in 1960. Many other Nigerians decry the government’s inability to keep citizens safe but support its calls for external assistance in the form of economic and military aid.

Nigeria’s international partners, especially the United States, must acknowledge that Nigeria is now a failed state. In recognition of that fact, they should deepen their engagement with the country and seek to hold the current administration accountable for its failures while also working with it to provide security and right the economy. In addition, they should engage and support Nigerian civil society as it forges what must ultimately be a Nigerian-led reconstruction effort.

Success is by no means guaranteed. But the alternatives, including a descent into widespread warlordism, intensified ethnic and religious strife, and the establishment of jihadi safe havens, are contrary to Africa’s interests and those of the United States. As Nigeria’s security goes, so goes Africa’s.

FAILURE ON ALL FRONTS

Nigeria still retains some attributes of a viable state, especially with respect to international affairs. It maintains diplomatic missions around the world, and its national security services still function in some places and at some times, even though their leadership is regarded as corrupt. At home, the country’s legislative body, the National Assembly, still meets, and the judiciary still operates, although without gaining the confidence of many Nigerians.

But the Nigerian state has long failed to provide its citizens with social services, and Nigerian politics is largely an elite sport disassociated from governance. The government does not or cannot tax the real wealth of the country, remains too dependent on revenue from oil and gas, and lurches from one fiscal crisis to another. Corruption is structural, too, casting nearly everyone as both perpetrator and victim.

Under the administration of President Muhammadu Buhari, multiple overlapping security crises have transformed Nigeria from a weak state into a failed one. Buhari’s government has struggled to quell various jihadi insurgencies, including the one waged by the militant group Boko Haram. The government has also failed to tamp down half a dozen or so other civil conflicts and clashes over land and water that have taken on ethnic or religious dimensions. Separatism is rising again in Yorubaland and in the areas that once made up Biafra, a region that fought a failed war of secession against Nigeria’s government between 1967 and 1970. Kidnapping is rampant throughout the country, as is piracy in the Gulf of Guinea.

In many areas, the federal government has effectively ceded control to militants and criminals.

Buhari’s government has proved woefully unprepared for these challenges. It has had trouble sustaining military operations far beyond Abuja, the capital city, and a few other areas where its authority is not directly challenged by criminal gangs, jihadis, or separatists. In shootouts with criminals and Islamists, the police and the security services are often outgunned.

Regional quasi-police forces and militias—sometimes connected to state governments but rarely officially sanctioned—exercise de facto authority in some areas. But in many others, the federal government has effectively ceded control to militants and criminals. Law and order have broken down, and schools have had to close in many rural areas. The COVID-19 pandemic and the attendant economic crisis—compounded in Nigeria by the decline in international oil prices—has only accelerated the country’s descent into chaos, plunging millions into poverty and fueling the surge in lawlessness.

A CHORUS OF DISSENT

Buhari’s government has called for international assistance to stem the tide of insecurity. At a virtual meeting with U.S. Secretary of State Antony Blinken in April, Buhari requested that the headquarters of the U.S. Africa Command be moved from Germany to Africa, so that it would be closer to the fight against various armed groups, including in northern Nigeria. But while the Nigerian president might like the United States to involve itself more deeply in the campaign against Boko Haram, there is little indication that he is willing to address the deeper issues of governance, corruption, and economic mismanagement that have accelerated Nigeria’s decline.

A growing number of prominent Nigerians argue that righting the ship of state is beyond the ability of Buhari’s administration. Public intellectuals, including the Nobel laureate Wole Soyinka, for instance, have called for a sovereign national convention to be convened to rebuild the state from the ground up, replacing Nigeria’s mixed state and federal system with a genuine federal democracy. More recently, the country’s conference of Roman Catholic bishops called on the president to convene a council of notables to recommend new ways to devolve power. Aare Afe Babalola, a wealthy traditional ruler, is sponsoring “a Summit of Hope,” now backed by the Nigerian Bar Association, to “prevent the country from disintegrating and drifting into anarchy.” And the Ooni of Ife, one of the country’s most senior traditional rulers and the co-chair of the National Tradition Council of Nigeria, has endorsed a similar proposal and is seeking the support of fellow traditional rulers.

A growing number of prominent Nigerians argue that righting the ship of state is beyond the ability of Buhari’s administration.

Still other Nigerian activists and intellectuals have seized on the deteriorating security situation to advocate reversing the “mistake of 1914,” when the British combined the homelands of some 350 distinct ethnic groups into a single artificial state. They aim to break up Nigeria into multiple independent states, each likely dominated by a specific ethnic group. Although such proposals may sound far-fetched, they are gaining steam, helping breathe new life into separatist movements in the old region of Biafra, in particular.

And then there are those, such as the noted Nigerian lawyer and commentator Robert Clarke, who have called for a return to military rule. In the past, the army was viewed by most Nigerians—and by itself—as the ultimate guarantor of the country’s existence. It has intervened seven times over the last 60 years, overthrowing elected and nonelected governments alike whenever the generals have judged the political process to have broken down (or to have threatened their interests). Each time, the military brass have justified their intervention as called for by the people, and crowds of Nigerians have frequently celebrated the arrival of military government and the departure of corrupt politicians. That is the well of memory from which those looking to the military to break the current stalemate are drawing.

Buhari’s administration has unsurprisingly rejected calls for a military intervention out of hand, claiming that politicians, traditional rulers, and religious leaders are trying to foment a coup. However, it is by no means clear that the upper reaches of the military—or even the junior officer corps—has the stomach to assume day-to-day governing responsibilities. For the time being, at least, it seems that Nigerians will have to endure escalating violence without much hope of relief from their national or state governments.

Nigeria is often celebrated for its ability to “muddle through” emergencies, as it did during the 1967–70 civil war, the generation of military rule from 1975 to 1999, and the ups and downs of international oil prices and recurrent fiscal crises. Nigeria may still manage to muddle through the current crisis, but that seems increasingly unlikely given the level of insecurity and the potential for general elections in 2023 to spark still more discord and violence.

Nigeria’s international partners can help avert that outcome—and eventually, help reverse the process of state failure. As long as Buhari is in office, the United States should continue to publicly denounce his administration’s human rights abuses and call out political leaders seeking to feather their own nests. It should also cancel the visas of Nigerian officials and business people at the first whiff of criminality or human rights offenses.

Washington should meet Nigeria’s requests for military assistance with caution, however. Military and police aid should be contingent on real, measurable reform of those services, including a human rights component. But there is much the United States and other friends of Nigeria can do to help stabilize the country’s economy, which has been buffeted by the fall in international energy prices. They should urge international financial institutions to support Nigeria’s liberalization of its currency exchange rates and to help strengthen the independence of its central bank. Washington might also consider supporting Nigeria’s efforts to fight corruption.

At the same time, the United States should support the push for a more ambitious Nigerian-led state reconstruction effort—whatever form that might take. Through exchanges, conferences, technical advice, and other tools of “soft diplomacy,” the United States should aid civil society and Nigerian nongovernmental organizations in their efforts to strengthen the country’s democracy. The U.S. Agency for International Development should pay special attention to bolstering Nigeria’s underlying democratic ethos, in particular by supporting enhanced training for young political leaders and civil society activists.

Yet time is running out for Nigeria. The country could soon be in even worse shape. There are Islamist insurgents at the gates, along with other serious threats to internal peace and security. Nigerians are resilient, but their best efforts to reverse the collapse of the Nigerian state require immediate support.

An earlier version of this article mischaracterized Buhari's request to Blinken. Buhari asked that the U.S. Africa Command be moved to somewhere in Africa, not specifically to Nigeria. 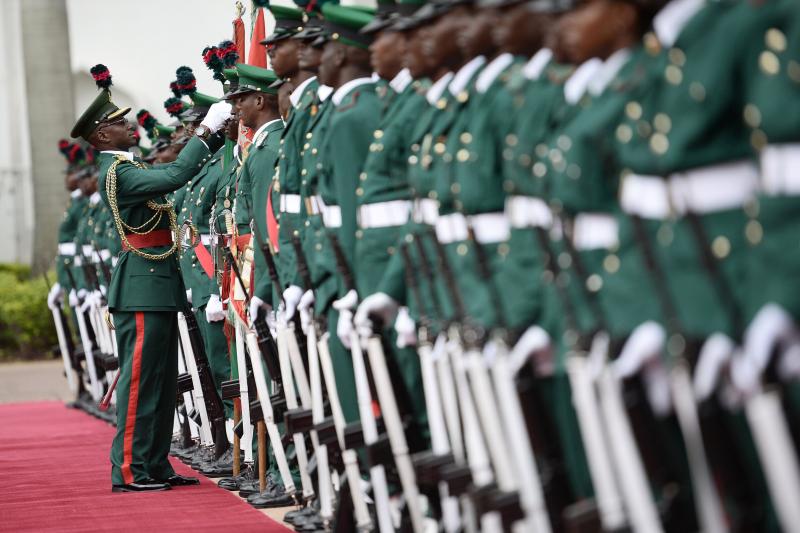 It Is More Resilient and Inclusive Than Ever, Despite Rising Insecurity 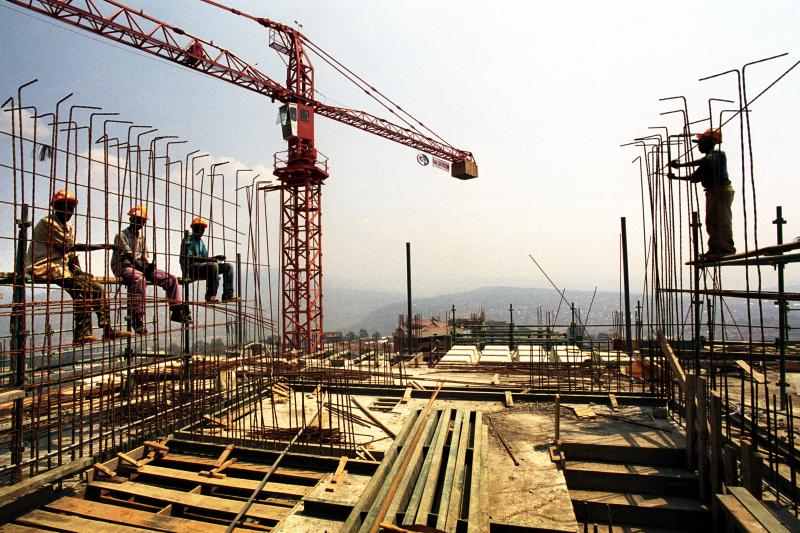