By Diana Enriquez, Sebastián Rojas Cabal, and Miguel A. Centeno

Latin America is now the part of the world most affected by COVID-19, both by confirmed cases and by deaths. The region is reeling from overburdened health systems, worsening economic conditions, and increasingly, popular unrest. But where news reports have painted a picture of a failed continent, we see a pattern of infection and government response that varies markedly among countries. There is nothing inherently “Latin American” about the region’s experience with COVID-19, and there has been wide variation even within countries—just as there has been in North America and Europe.

COVID-19 thrives in institutional vacuums. The countries that have fared worst in Latin America, as elsewhere, struggle with severe inequality and low state capacity. Large percentages of the workforces in these countries are also employed informally, which makes it difficult to support workers with tax cuts or reimbursements. By contrast, the virus has done less damage where there are strong and legitimate governments, large formal sectors, efficient health systems, organized and respected police forces, and high levels of social trust.

But the biggest determinant of all has turned out to be leadership. The countries that have been among the hardest hit and that have driven the region’s ballooning case and death rates are led by politicians who have downplayed the severity of the crisis, denied that government can do anything about it, or mounted poor policy responses that condemned hundreds of thousands of people across the Western Hemisphere to needless death.

COVID-19’s arrival in Latin America was largely a matter of location and luck, as it was elsewhere in the world. Countries that are hubs of international travel and commerce were hit earlier and harder than those that are relatively isolated. Brazil and Mexico, the two largest economies in Latin America, were the first two countries in the region with confirmed cases—both travelers from Italy. The spread of the disease in these and other economically connected countries, such as Argentina and Colombia, followed the global pattern of first contact through travel and then rapid spread in densely populated urban centers.

But more insulated countries suffered as well—often as the result of simple chance. In just two days in late March, the Ecuadorian city of Guayaquil registered 300 deaths—how many of them were related to COVID-19 is unknown—and its health and mortuary systems briefly collapsed. Why Guayaquil of all places? The city’s historical connection with Spain, one of the earliest hot spots in Europe, proved to be fateful. Ecuadorians make up the largest immigrant group in Spain, and a large number of those immigrants hail from Guayaquil. Many return every February to celebrate the city’s carnival. That homecoming in 2020 was likely a superspreading event. By early April, when most countries in the region were just implementing lockdowns, Ecuador was facing a major humanitarian crisis.

The most important factor in determining the pandemic’s trajectory in Latin America has been political leadership.

Uruguay’s initial outbreak, in mid-March, was unlikelier still. A famous fashion designer had come from Spain and attended a wedding with 500 guests, unknowingly infecting much of the Montevideo elite. But no superspreading events have happened since, and Uruguay has among the lowest per capita case rates in the world. Among the reasons for this is that Uruguay is not a major hub for regional travel, nor is it a leading tourist destination (its beaches attract many Argentineans and Brazilians, but the arrival of COVID-19 coincided with the tail end of summer, and most of the travelers were leaving). The country’s relative isolation has prevented waves of reinfection linked to travel and, combined with an effective government response, helped it avoid the grim fate of some of its neighbors.

If early incidence was partly a matter of luck, the spread of the disease once it arrived in Latin America followed a course largely determined by political and economic arrangements. The region is the world’s most unequal—a fact that is reflected in access to health care and other social services. The virus has exploited the gap between rich and poor, often originating among the jet-set class but doing the most damage in marginalized communities.

Such was the case in Chile, where the first to contract the disease were members of the Santiago elite returning from holidays in Europe. The government managed to contain the initial outbreak within several upscale neighborhoods in the capital, where homes were generally big enough for the sick to isolate themselves comfortably and effectively. But many of these residences were staffed by domestic workers, who carried the disease home to their families in poorer and more crowded areas. In this way, Santiago’s acute class disparities not only helped to spread the virus throughout the country but shifted the burden disproportionately to the poor.

Chile’s bifurcated health-care system, itself a product of inequality, exacerbated the problem: poor people were less likely to have access to adequate health care or ample living space and were therefore more likely to pass the disease to others. Nationwide, the survival rate for COVID-19 patients in private (and expensive) hospitals was twice that of patients in poorer public hospitals. By contrast, Uruguay, which has a more equal society and a nationally integrated health system, saw no such disparities, and its COVID-19 death rate remains lower than that of many European countries.

Like inequality, informality has stymied government efforts to control the spread of the disease. Informal workers, who are often poorly compensated and lack sick time, simply can’t afford to follow stay-at-home orders. Meanwhile, governments can’t support these workers effectively because they are not registered or taxed. Whereas western European and East Asian countries were able to impose relatively effective quarantines, Latin American countries with large informal sectors were forced to exempt many laborers from their lockdowns and faced great difficulties in even reaching the most vulnerable segments of the population. Peru, where informal workers make up 71 percent of the labor force, ended its strict quarantine in early July in spite of a steeply rising curve. In an effort to curtail the social and economic consequences of its stay-at-home orders, the country bolstered its cash-transfer programs, but even these efforts had unanticipated consequences. The fact that many people lack bank accounts meant that authorities had to deliver cash in person, prompting large gatherings and subsequent contagion.

Even where lockdown orders weren’t weakened by exemptions or lifted prematurely, enforcement was sometimes a problem. Many Latin American governments face the same distrust of state institutions—and of the police in particular—that has bedeviled the United States in implementing public health measures. Widely distrusted and rife with corruption, many police forces have proved incapable of implementing stay-at-home orders.

There is nothing inherently “Latin American” about the region’s experience with COVID-19.

But perhaps the most important factor of all in determining the pandemic’s trajectory in Latin America has been political leadership, and nowhere has that been clearer than in Brazil and Mexico. Although they are on opposite sides of the political spectrum, Brazilian President Jair Bolsonaro and Mexican President Andrés Manuel López Obrador responded to the virus with similarly confused messaging and inaction. Both leaders have tried to distance themselves from previous “elitist” technocratic regimes, and both undermined the messages of public health experts by appealing to faith. Bolsonaro famously referred to COVID-19 as “a little cold” and suggested that nothing could be done to contain it. López Obrador appeared on television in early March holding a prayer card and claimed that his good deeds and faith in Jesus would protect him.

Both Bolsonaro and López Obrador (following the lead of their mutual hero, U.S. President Donald Trump) have refused to mount national campaigns against the virus. Instead, they have left that hard work to regional governors—and then blamed those governors for their supposedly heavy-handed interventions. The approach has produced different results in different parts of both countries, with health outcomes mapping onto regional economic disparities and the capacity and effectiveness of provincial governments.

López Obrador reversed some of his most counterproductive policies, such as his rejection of social distancing, in late March, when Mexico’s case count started to rise rapidly. But his new approach still lacked measures to enforce quarantine orders and plans to scale up testing capacity, which was among the region’s lowest at 0.4 tests per 1,000 people. The country has recorded more than 60,000 deaths to date, second only to Brazil in Latin America.

Latin America has suffered more than any other region as the result of COVID-19. But the lessons from the pandemic there are universal: luck and location can determine the initial point of infection, but the spread of the disease is influenced by societal conditions. Inequality, informality, and low state capacity have all hindered the region’s response. Even more detrimental has been the poor national leadership of some of the worst-affected countries. By undercutting health officials and refusing to take responsibility for the pandemic, the leaders of Brazil and Mexico in particular have unleashed a wave of needless death.

Leadership need not always come from the national level, however, and in both of these countries state officials have taken up some of the slack. When Latin America eventually contains COVID-19, it will be because state governments succeeded where their national counterparts failed, offering sound policy and guidance in place of empty promises. 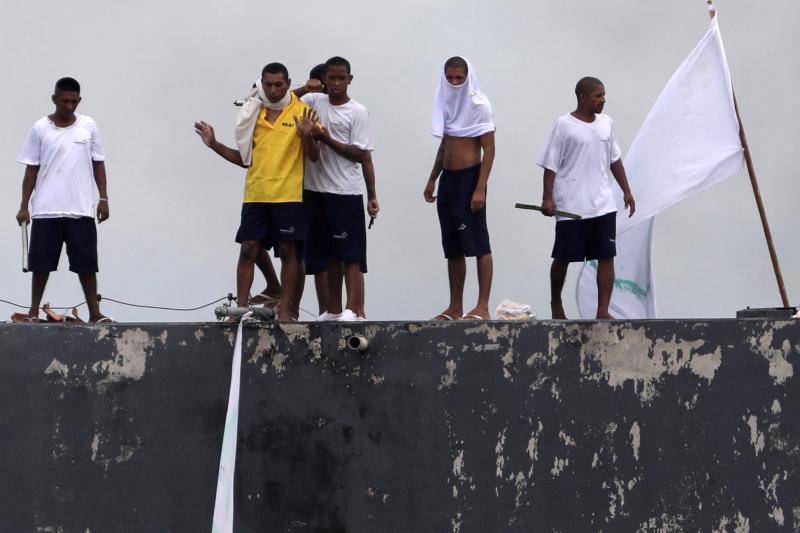 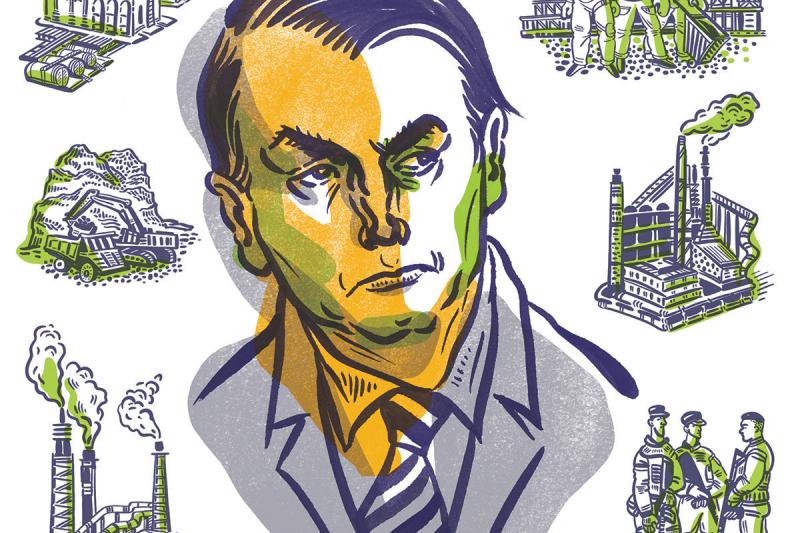