President Joe Biden campaigned on an unabashedly pro-immigration platform, in stark contrast to the approach of his predecessor. Delivering on his promises, however, has proved elusive. Illegal crossings at the U.S.-Mexican border have reached a level not seen since 2000, with migrants coming from a broader range of countries than in the past. Certainly, Biden’s election enticed more migrants to attempt the trip, but the conditions in the countries these migrants are leaving have become an increasingly powerful impetus as well. The COVID-19 pandemic has decimated Latin American economies. Tropical Storms Eta and Iota walloped Guatemala, Honduras, and El Salvador late last year, leaving hundreds of thousands of residents without homes or running water. Violence, moreover, is endemic in the region.

Although Biden has promised to provide humane treatment to those seeking entry, he doesn’t have many tools at his disposal to make good on that vision. Court decisions have kept key Trump administration border policies in place, and there is insufficient support in Congress for Biden’s proposed immigration reforms. At the same time, Republicans are eager to make the claim in the run-up to the 2022 midterm elections that Biden has allowed chaos to prevail at the border. Immigration is already prominent among the issues dragging down his approval numbers. Biden may have promised a break with the previous administration’s approach, but as he confronts the surge at the border, he is forced to resort to familiar measures to deal with the influx: enforcement and diplomacy.

The southern border has long presented a challenge to U.S. policymakers. But today’s challenge is of a different order. There were 1.66 million attempts at illegal migrant crossings (these are events, not unique individuals) in the past fiscal year, the highest number since the 1.64 million recorded in 2000. And although a majority of migrants still hail from Mexico and the Northern Triangle, there was a sixfold increase in the number of migrants from other countries. The approximately 14,000 Haitians who arrived in Del Rio, Texas, over the course of just days in September is not an anomaly. Tens of thousands of Haitians are making their way north from South America—where most have lived for five to ten years—to the U.S. border. There have also been reports of middle-class South Americans from nations such as Venezuela and Brazil flying directly to the northern cities of Mexico to seek an easier entry into the United States.

Most of these migrants are seeking asylum. That is because it is essentially the only way for a migrant not being sponsored by a family member or employer to gain legal entry to the United States. Asylum law, however, applies to a narrow category of individuals: those fleeing persecution on one of five recognized grounds—race, religion, national origin, political opinion, or membership in a particular social group. Poor migrants simply seeking to improve their lives—albeit often also facing violence, corruption, and government abuse—just do not qualify.

The sheer number of people seeking asylum has backlogged the U.S. immigration court system, where such cases are decided. Today’s caseload has reached a historic high of 1.46 million, with asylum cases representing about half. This means years-long waits for asylum cases to be concluded. Such lengthy delays have two consequences: they forestall relief for asylum seekers who qualify, and they become an invitation for those lacking strong claims to apply for asylum and remain in the United States for years while their applications are pending. This undermines the ability to meet domestic and international legal obligations for those fleeing persecution and to achieve orderly control of the border.

Republicans will claim in the run-up to the midterms that Biden has allowed chaos at the border.

As president, Donald Trump introduced unprecedented punitive measures to stem arrivals to the United States—which Biden derided on the campaign trail but has found difficult to end once in office. Family separation may have been the most attention grabbing of Trump’s policies, but the lesser known had more teeth. He put in place two programs, popularly known as “metering” and “Remain in Mexico,” which allowed only a limited number of asylum applicants into the United States at a time—resulting in long waits in Mexico until asylum hearings were scheduled. The Trump administration also denied eligibility for asylum to non-Mexicans who had traveled through Mexico before reaching the U.S. border. And as COVID-19 took hold, the administration invoked an 1893 health regulation (popularly known as “Title 42”) to authorize expulsions of all who attempted to cross the border.

BREAKING WITH THE PAST PROVES HARD TO DO

Biden suspended the Migrant Protection Protocols (Remain in Mexico) on his first day in office, but proponents of the program pushed for its reinstatement in the courts, and in August the Supreme Court ruled in their favor. U.S. Secretary of Homeland Security Alejandro Mayorkas announced last month that the administration would once again attempt to end Remain in Mexico, but for now, at least, it remains in place. The administration also continues to use Title 42, which turns away some 60 percent of border crossers, ostensibly because of risks presented during COVID-19.

It has also recently taken a promising step to reforming the asylum system. Specifically, the administration has proposed shifting the initial determination of asylum claims away from the heavily backlogged immigration courts to the corps of asylum officers at U.S. Citizenship and Immigration Services. This innovation could make the process both fairer and more efficient, because asylum officers are more conversant with country conditions and their proceedings are nonadversarial, thus more conducive to the presentation of protection claims. Once operational, presumably in early 2022, the changes could potentially allow legitimate asylum seekers to win their claims within months, not years. It would also ensure that those who do not qualify are repatriated and connected with necessary support services in their home countries before they establish roots in the United States.

However, even if the asylum changes are successful in meeting their goals, they cannot address the situation for many arriving migrants today. As the Haitian case has demonstrated, most simply do not qualify for asylum. The irony is that there is sufficient demand in sectors of the U.S. labor market—in either temporary or permanent jobs—that significant numbers of those arriving could fill. And with passage of the infrastructure bill, that demand will grow. However, it is beyond the purview of the executive branch to open new legal visa pathways or expand existing ones. Only Congress can do it, which is unlikely anytime soon.

This means the Biden administration will increasingly rely on countries in the hemisphere to help stem the flow of migrants to the United States. This will require Washington to engage in high-level diplomacy and strike broad-ranging agreements among nations, sometimes even including with adversaries. There are prior examples of this brand of diplomacy. When Haitians and Cubans made dangerous journeys by boat to the United States in the 1990s, President Bill Clinton continued his predecessor’s policy of having the U.S. Coast Guard interdict their vessels and created a safe haven at Guantánamo Bay to process the refugees’ claims. The U.S. government also conducted in-country refugee processing in Haiti and Cuba and fixed an annual number of legal immigrant admissions from Cuba through a negotiated settlement. In the case of Europe, the European Union struck a deal with Turkey—and paid several billion euros—in 2016 to entice Ankara to keep migrants from reaching Greece. The EU opted for this approach after more than one million Syrian, Afghan, Iraqi, and other refugees arrived in Europe the previous year, seriously destabilizing governments across the continent.

The country the Biden administration will lean on most heavily is Mexico. But other countries in the hemisphere are also emerging as nations with triple migration identities: origin, transit, and destination. The repression, economic hardship, and natural disasters that have afflicted Venezuelans, Haitians, and Nicaraguans—in addition to decades-long Cuban emigration—has led to an influx of migrants into Brazil, Colombia, Panama, and Costa Rica. Growing hostility to these migrants, as well as the ravages of the pandemic in their own and in host countries, seem to be fueling new migration dynamics that could lead to serious threats to regional stability.

The Biden administration will increasingly rely on other countries to help stem the flow of migrants.

Such new realities call for building hemisphere-wide shared-responsibility solutions, as U.S. Secretary of State Antony Blinken suggested in his recent trip to South America. The United States may find that extending substantial monetary support is necessary to ensure these countries are able to accept some of these migrants and also prevent them from journeying to the United States. Along with addressing root causes, governments should aim to build full-fledged immigration and migration management systems throughout the hemisphere. This includes cooperation on visa policies and systems, refugee and asylum protection capacities, circular migration programs, labor-market and employment-based legal immigration pathways, professionalization of border control and immigration personnel, technology to facilitate the legal movement of people and goods, agreements for the return of migrants who are unauthorized, and intelligence sharing and law enforcement cooperation, especially with respect to smuggling and trafficking.

These are complex, long-term initiatives that should begin at home with long-sought changes in U.S. immigration laws that align immigration opportunities with future economic needs and demographic trends. These reforms, however, have proved politically intractable for more than two decades. The Biden administration has been unable to make headway even while the Democratic Party holds a majority in both houses of Congress. Still, forestalling escalating and chaotic migration flows can succeed only through multilateral actions and commitments. Migration and mobility are inherent qualities of healthy, prosperous societies, but only when they are acts of choice, not desperation, by both receiving countries and migrants themselves. Building strategies that enable migration to be safe, legal, and orderly is clearly hard to attain but a vital foreign policy goal for hemispheric relations going forward. 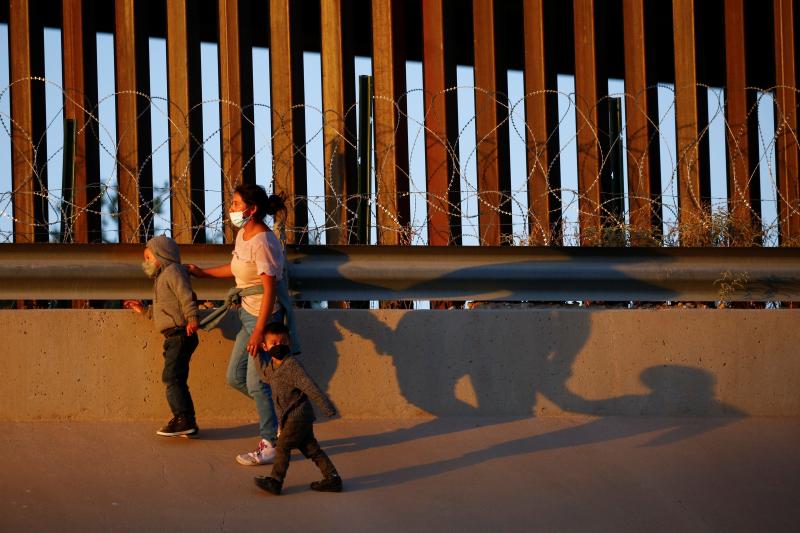 And How Biden Can Address Them 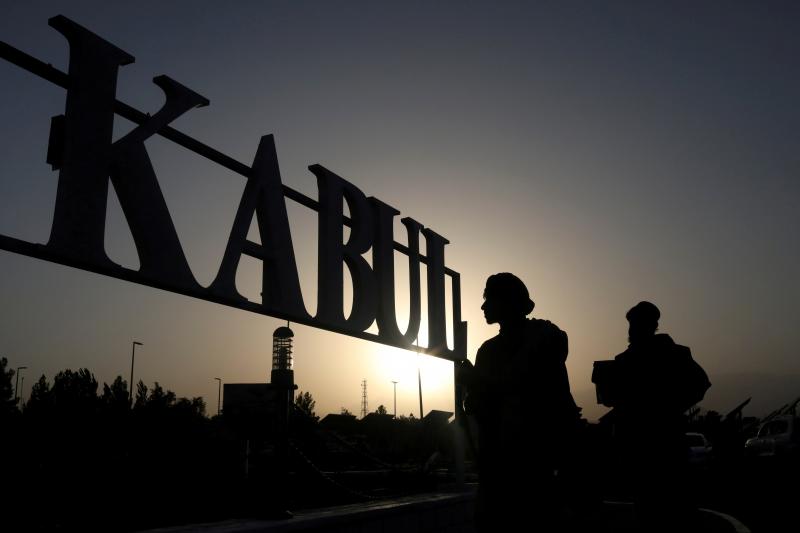 How the Taliban's Takeover Is Inspiring Other Jihadis