In 2018, the International Monetary Fund (IMF) approved the largest bailout package in its 73-year history. The $57 billion loan to Argentina was supposed to backstop the country’s faltering economy and end its pattern of cyclical crises. By way of comparison, the Argentine bailout was roughly five times what the IMF approved in 2016 to stave off economic collapse in Egypt.

One year later, it’s clear that the IMF has lost its largest-ever bet. Argentina’s annual inflation rate is the highest in the region at 54 percent, the credit agency Fitch has downgraded the country’s credit rating from B to CCC, and the crisis shows no signs of improving.

With general elections slated for October 27, both Argentine President Mauricio Macri and his center-right government are in trouble. A businessman and former head of the Boca Juniors football club, Macri won the presidency in 2015 on a platform that emphasized free market reforms. He was a welcome change after eight years under the Peronist President Cristina Fernández de Kirchner, whose free-spending policies and protectionism left the country isolated and indebted.

But Macri’s economic agenda quickly ran into trouble, largely as a result of the gradualism of his reforms, which exhausted investors’ patience, and his reluctance to cut welfare subsidies, which would have pulled the South American state out of the red. The IMF loan should have been a lifeline for Macri, but it came at the worst possible time: rising interest rates in the United States and elsewhere made investments in emerging markets comparatively less attractive and caused most of the bailout funds to return to developed economies.

Ironically, Macri’s inability to stabilize the economy has enabled the rise of another Peronist presidential candidate, Alberto Fernández, a relative upstart whose running mate is none other than Fernández de Kirchner. Although she faces corruption charges from her time in office, Fernández de Kirchner remains popular, especially among poor Argentines who benefited from her generous social welfare policies. Because many observers believe that she would be the power behind the throne in a Fernández-Fernández de Kirchner administration, the announcement in May of her candidacy for vice president destabilized financial markets, paradoxically compounding Macri’s economic difficulties. Fernández de Kirchner’s return to the commanding heights of South America’s second-largest economy now looks likely—a fact that would have been unthinkable four years back.

Fernández de Kirchner ruled Argentina from 2007 to 2015. Her husband, Néstor Kirchner, was president immediately before her, from 2003 to 2007. Various commentators speculated that the husband-and-wife duo planned to alternate positions until 2019—a scheme that would have respected constitutional term limits while keeping them in power. This plan ended abruptly with Néstor Kirchner’s death in 2010.

In the Casa Rosada—Argentina’s pink equivalent to the White House—the Kirchner couple’s populist ministers and bureaucrats ruled for over a decade in an alliance with trade unionists and other leftists, among them the communists and other radicalized factions. After Néstor Kirchner’s death, his wife’s administration veered further to the left, embracing a mild authoritarianism ideologically aligned with that of then President Hugo Chávez of Venezuela.

After eight years in office, Cristina Fernández de Kirchner had maxed out her constitutional mandate, but she had no heir apparent and the Peronist politicians in her orbit were riven by deep divisions. Macri capitalized on this vacuum to mobilize a hodgepodge of parties disillusioned with Fernández de Kirchner’s corruption and her restrictive economic policies. His administration got off to a strong start, removing capital controls—one of the most controversial aspects of the Kirchner legacy—and cutting certain welfare programs in an effort to trim the deficit and encourage investment. But Macri saw the reins of power slip from his hands in the very moment when he ought to have been strongest. Looking back, the president made several mistakes.

First, he alienated potential allies in the legislature and refused to form a governing coalition with Peronist moderates, an action that would have widened his political base. Today, Macri governs with a minority in the Argentine Congress and must negotiate with the opposition to pass laws. Had he drawn new politicians into his fold, Macri would have strengthened his government. Above all, he ought to have closed ranks with Peronists who opposed the Kirchner duo, such as the former Chief of the Cabinet of Ministers, Sergio Massa.

In order to ensure his reelection, Macri needed to break up the populist consensus in Buenos Aires. Instead, Macri refused any rapprochement with moderate Peronists who would have likely joined his coalition. He accused those who expressed interest in governing alongside him of trying to curry favor with him or derail his mission. Massa, for one, eventually returned to the party that Fernández and Fernández de Kirchner now control. Macri’s political isolation proved a crucial element in his downfall. Once the economic situation turned against him, he had next to no political leverage to keep himself afloat.

The IMF has lost its largest-ever bet.

On the economic front, Macri simply assumed that his liberalizing reforms would attract additional foreign investment, narrowing the fiscal deficit that he had inherited at the start of his term. When the money did not come—or did not come quickly enough—Macri began accruing debt to avoid having to make painful cuts to the welfare state and to prevent an outright shock to the economy. He did reduce spending on education, public works, and state employment, but the cuts were relatively minor and public debt continued to mount. By 2018, it had ballooned to more than $450 billion, or 85 percent of GDP.

Macri’s debt-accrual scheme collapsed in 2018 when global market conditions changed: the United States and several other developed countries raised their benchmark interest rates, sending foreign capital rushing back to these relative safe havens and depleting the funds available to emerging markets. What is more, the United States launched a trade war with China that sent shock waves through the developing world. In April, Argentine inflation skyrocketed and Macri turned desperately to the IMF.

He got what he asked for in exchange for promises to rein in government spending. But while the long-term macroeconomic outlook improved, unemployment and poverty rose, as did inflation. IMF-imposed restrictions limited the degree to which the government could intervene to defend the peso, and as it weakened, many rushed to trade their peso-denominated holdings for American dollars, causing the currency to fall further.

Thus the stage was set for a Peronist revival. In August, Argentines voted in a primary contest to select the candidates for the October general election. The result was catastrophic for Macri: the winners, by a margin of over 15 percent, were Fernández and Fernández de Kirchner. Their party—called the Frente de Todos, or “Everyone’s Front”—stands out in one respect: Fernández de Kirchner holds the reins, despite the fact that Fernández is the presidential nominee.

This “first pass” election caused the peso to crumble, drove 20 percent of the country’s currency reserves abroad, and forced Macri to implement the one policy he claimed he would never adopt: currency controls to keep the country’s diminishing supply of dollars from fleeing abroad. What is more, Macri announced that he would “reprofile” Argentine debt, extending payment deadlines across the board. This was widely interpreted as a de facto default, Argentina’s second in this century.

If he’s elected, as seems increasingly likely, it will fall to Fernández to right the ship. He has promised a moderate leftist government and carefully distanced himself from the radical policies of his running mate. Unlike her, he does not intend to stand up to Washington, defend Venezuelan President Nicolás Maduro, attack the independent media, or silence his critics.

Fernández has already sketched out a response to the country’s economic woes. He takes as his lodestar the case of Portugal: from 2014 onward, social democrats ruling in a coalition with the Communist Party pulled that country out of a deep recession, one that was similarly induced by the austerity measures put in place by a conservative government working in conjunction with the European Central Bank, the IMF, and the European Union. Like his Portuguese counterpart, Prime Minister António Costa, Fernández counsels a move away from austerity and a return to protectionism.

Argentina’s political eccentricities continue to surprise the world. The country that in the 1990s matched the dollar one-to-one and that at the start of this millennium had five presidents in one week has now set upon a new kind of political experiment: one where the president and vice president will vie for control of the state and the economy. If he wins the elections, Fernández will have to construct his own power base from scratch, drawing on allies in the moderate and unionist sectors, even as he handles his far more powerful running mate and confronts an abiding socioeconomic crisis.

Argentina was once a country with upward mobility. Today, it exhibits a hideous poverty index—more than 35 percent of its population is below the poverty line. Whoever wins, this is the reality the new president will have to confront.

America Has No Good Options on Iran

But Reviving the Nuclear Deal Is the Least Bad

To Counter Beijing, the Biden Administration Needs to Decide What It Wants

The Hidden Toll of Sanctions

Why Washington Must Reckon With the Devastating Inflation Its Policies Cause 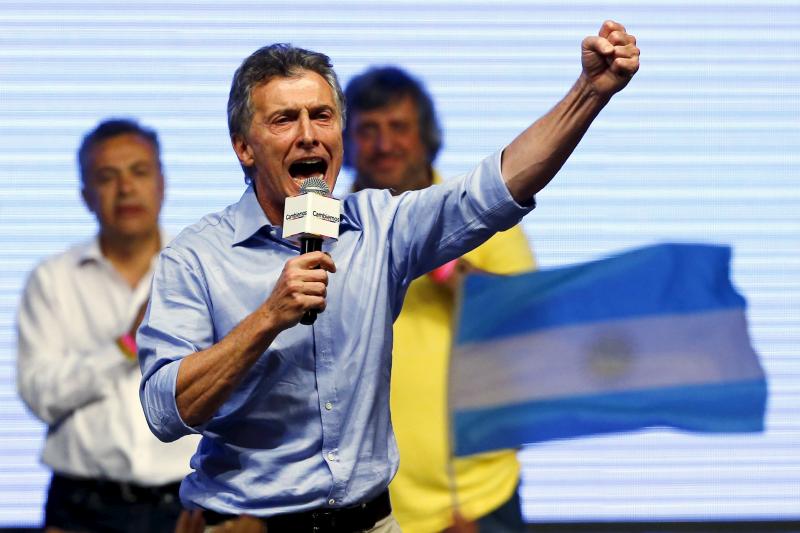 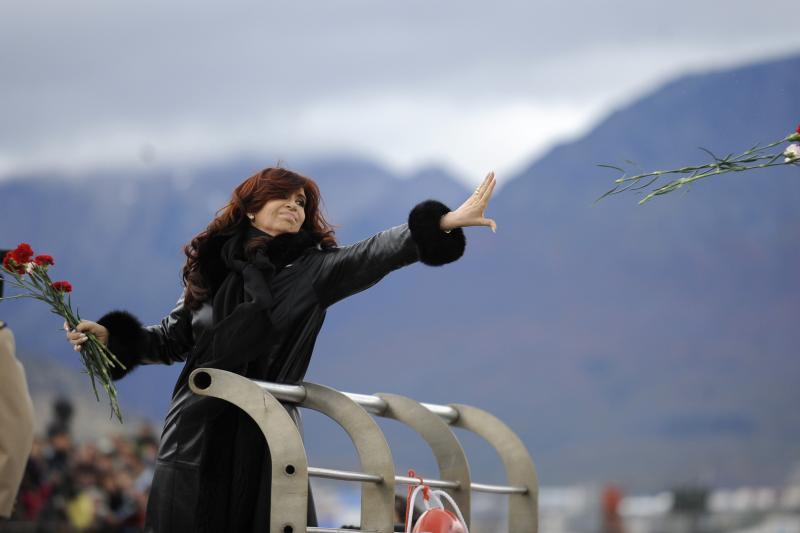