As Beijing pushes forward with its crackdown on political freedom in Hong Kong, undeterred by protests from outside China, many Western observers have comforted themselves with the notion that China will eventually pay a hefty price for its aggression. The crackdown, in this view, will inevitably lead to Hong Kong’s demise as a global financial center. A number of analysts, including the Bloomberg columnist Michael Schuman and the journalist William Pesek, have predicted that a hobbled Hong Kong economy will be the unavoidable result of the deterioration of rule of law and that the territory will wind up a casualty of the “decoupling” between China and the West—one that will cause Beijing more pain than Washington.

The appeal of that view for China hawks in Washington is obvious. So far, however, the prediction has not held up. In the first quarter of 2021, as Hong Kong authorities rounded up unprecedented numbers of political prisoners and Beijing announced a sweeping dilution of the city’s electoral institutions, Hong Kong’s stock exchange ranked fourth globally in the number of initial public offerings and second in the volume of proceeds from such deals. Foreign banks operating in Hong Kong have gone on a hiring spree, eyeing new opportunities to invest in China’s economy. And despite much media hype, the trickle of assets that skittish Hong Kong families moved to Singapore or elsewhere in the aftermath of China’s imposition, in July 2020, of a stringent new National Security Law in Hong Kong has been dwarfed by a steady flow of capital pouring into the city from mainland China and foreign countries.

The contradiction in Hong Kong’s political and economic circumstances reflects the fact that politics only narrowly affects the core incentives that guide financial and business decisions. The gravitational pull of large economies is a powerful force—maybe even strong enough to resist the growing antagonism between China and the West.

The Hong Kong paradox presents a dilemma for Western governments that would prefer the city’s fate to be more of a cautionary tale than a success story. Foreign governments have few tools to specifically punish China for its broken promises to Hong Kong without simultaneously hurting their own national interests and damaging the livelihoods of innocent bystanders in the territory. The way things are playing out in Hong Kong demonstrates just how hard it will be for Washington and its partners to carry out a comprehensive “strategic competition” with China.

Recent surveys of foreign business organizations in Hong Kong show that perhaps one-third of companies that do business there but are headquartered in countries belonging to the G-7 are contemplating a reduction in personnel or operations, mostly because of concerns raised by the new National Security Law, which has dramatically changed previous perceptions of the city as a freewheeling and cosmopolitan business center.

Hong Kong, despite the hollowing out of its democratic system, remains tremendously useful to the United States.

There is little doubt that the political risk of doing business in Hong Kong is higher now than it was several years ago. This is true even for the largest non-Chinese firms, such as HSBC Holdings. In 2019, that storied institution found itself in Beijing’s cross hairs: according to multiple reports, the Chinese Communist Party had seen the bank’s responses to street protests in Hong Kong as demonstrating insufficient loyalty to Beijing. Public rhetorical kowtows by the bank’s leadership appear to have kept HSBC in China’s good graces, although some observers have speculated that the bank might formally split into British and Hong Kong halves to avoid future legal and reputational conundrums. Still, no one is suggesting that either half would stop focusing on China or Hong Kong, which together account for the lion’s share of the bank’s profits.

And to date, concerns about the rule of law have not prompted much downsizing by other major foreign firms, which seem to believe that Hong Kong’s core legal traditions, as applied to commercial law, remain for the most part unchanged. The highly politicized prosecution of democracy activists has seen no parallel in the business world. Some investors worry that the Hong Kong authorities’ campaign against opposition media outlets could lead to Internet blockages and to the Chinese Communist Party eventually placing Hong Kong inside the so-called Great Firewall of China. But most remain hopeful that Beijing understands how much damage that would do to Hong Kong’s global competitiveness and its utility as a conduit for financial flows in and out of the country.

There is little doubt that China has broken its promises to preserve a genuine “high degree of autonomy” for Hong Kong. But foreign governments are finding that they have little ability to slow down or reverse Beijing’s policies.

Western governments, led by the United States and the United Kingdom, have issued strong statements, implemented sanctions, delayed summits, canceled bilateral cooperation agreements, and changed Hong Kong’s status under their national laws in order to reflect the city’s changed reality. Other countries, including Australia and Canada, have also joined the United Kingdom in easing immigration rules for Hong Kong exiles. All of these steps, however, seem only to have strengthened Chinese President Xi Jinping’s resolve to tighten his grip on Hong Kong’s political affairs. In general, Western countries’ bark has been worse than their bite.

Take, for example, the Hong Kong Autonomy Act, which the U.S. Congress passed in 2020. The law authorizes the U.S. Treasury Department to levy punishments against Chinese banks that do business with Chinese officials who have been tagged in a special State Department report for harming Hong Kong’s autonomy. To date, however, Treasury has not punished any banks under the act. One reason is that the banks that might have been targeted have unwound their relationships with problematic individuals. But Treasury also knows that slapping sanctions on major Chinese banks could trigger significant instability in the international payments system, by interrupting the huge volume of financial transactions between the world’s two largest economies. That would in turn harm U.S. financial markets and the perceived reliability of the U.S.-centric global payments system.

There is no practical way to make financial sanctions Hong Kong–specific: any actions against a major Chinese bank would quickly escalate into a full-scale attack on China’s financial system. Such an attack, therefore, would lead to global financial instability, lost national savings for the United States, and redoubled Chinese efforts to create an alternative to the dollar-dominated SWIFT payments system. All of those developments would significantly damage the U.S. economy.

What is more, targeting Hong Kong’s financial sector—the aspect of the city that China cares about most—would almost certainly hurt Hong Kongers even more severely, in both absolute and relative terms, than it would hurt policymakers in Beijing. That has given pause to members of the U.S. Congress who have been the most consistent supporters of Hong Kong and its democracy movement.

The urge in Washington, London, and other capitals to punish China for what it has done in Hong Kong is natural and palpable, but outside powers lack leverage to influence Chinese policy. The uncomfortable truth is that Hong Kong, despite the hollowing out of its democratic system, remains tremendously useful to the United States and other Western powers, and its continued success as a financial market and economic gateway to China remains important for the global economy.

Washington and its partners should lower their expectations and abandon the illusion that the right mixture of punishments will prompt a reversal in Chinese policy.

The goal of leading democracies should instead be to highlight to the rest of the world that China broke its promises, which will have the effect of sowing doubt about Beijing’s trustworthiness and credibility. After all, if it broke its promises to Hong Kong, why believe it won’t do the same elsewhere? Reminding the world of Hong Kong’s lost democratic traditions will also demonstrate that despite China’s strength, the United States and its allies value democracy and believe it can work anywhere, including in Chinese-speaking societies. To be most effective, Western countries need to coordinate their messages condemning China’s actions in Hong Kong and issue them regularly and consistently, since officials in China and other countries will be watching to see if Washington and its partners continue to care about Hong Kong after media attention has turned elsewhere.

The political risk of doing business in Hong Kong is higher now than it was several years ago.

The United States should also join others in adopting rules similar to at least two bills currently pending in Congress that would make it easier for Hong Kongers to move to the United States if they feel in danger in the territory. Such a move would be morally justified, given the nature of the political crackdown, and tactically powerful, since it would show observers in China and elsewhere that the United States remains a haven for democratic leaders.

Finally, the United States should continue to apply sanctions on individuals who are responsible for major new repressive moves in Hong Kong, not because such punishments work—Chinese officials actually get promoted if they get sanctioned by Washington—but because to abandon them now after already carrying out two previous rounds of sanctions would send the wrong signal to China and global observers about the intensity and durability of the U.S. commitment to Hong Kong.

The situation in Hong Kong usefully illustrates the practical limits of pursuing economic separation to support geopolitical competition. Fortunately, the administration of U.S. President Joe Biden appears to understand the constraints. Despite its tough rhetoric about “strategic competition,” the administration has so far prioritized maintaining a technological lead over China rather than seeking wholesale decoupling or hobbling of the Chinese economy. Congress will hopefully arrive at a similarly sober approach.

It is only natural for the United States to look for ways to counter China’s growing power and to push back against Beijing’s bid to challenge U.S. global leadership. But the United States’ inability to make China regret—much less reverse—its transgressions in Hong Kong suggests that financial separation, sanctions, and economic barriers are less reliable tools than many in Washington believe. 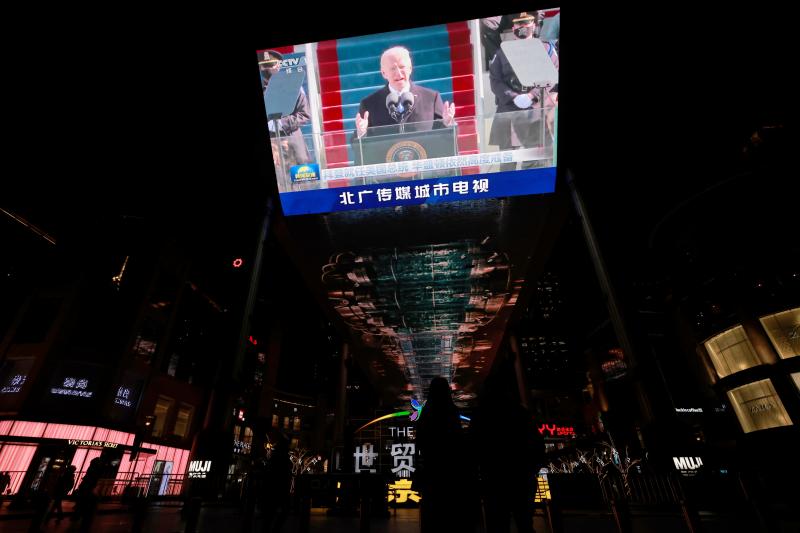 How to Craft a Durable China Strategy

Washington Must Reconcile Interdependence and Conflict 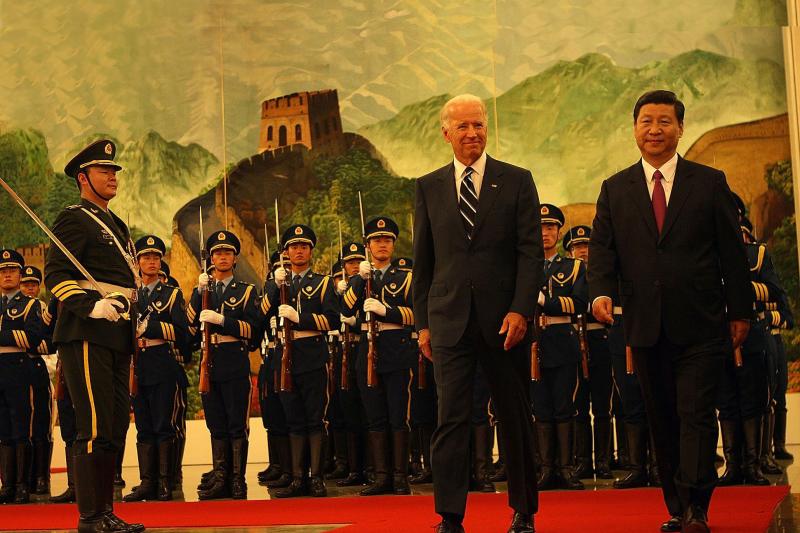