Brazil’s northeastern state of Piauí has responded to the novel coronavirus with a remarkably efficient operation. In more than 190 cities, the health workers that are part of Piauí’s “Active Search” program use an app and phone calls to monitor symptoms of suspected and confirmed COVID-19 patients in their homes and then make house visits to take oxygen levels and test family members. Although several public hospitals across two bordering states have reached full ICU capacity in recent weeks, around 35 percent of Piauí’s respirator-equipped beds in public hospitals were available as of last Tuesday.

Piauí’s response owes its strength to that of Brazil’s universal public health system, called the SUS (Sistema Único de Saúde). The SUS belongs to the whole of the country, but only a handful of cities and states have mobilized it effectively during the pandemic. The vast differentials across Brazil show that a public health system alone is not enough. Such a system’s success depends on good management—something the country has sorely lacked.

President Jair Bolsonaro greeted the pandemic by attempting to disarm the SUS, spread disinformation about the virus, and undermine international health collaboration. As a result, Brazil is now a global epicenter for the coronavirus, with more than 61,000 dead. A country that was once admired for its responsive health system and its health diplomacy has become a pandemic pariah. But while the country’s lagging response to the global public health crisis has damaged its international reputation in the health-care field, Brazil remains home to strong local leaders who have arrested the slide. Their work suggests a national project afoot that may yet survive Bolsonaro.

Brazil’s public health system is both ambitious in its scope and underfunded. The SUS is the main health-care provider to the 78 percent of the population—more than 163 million Brazilians—who do not have private insurance plans. And yet the country devoted just 3.9 percent of national GDP to its public health-care system in 2017; the United Kingdom, which runs a system of similar design, invested 7.8 percent (the average among Organization for Economic Cooperation and Development (OECD) countries was 6.5 percent).

Nonetheless, over the course of its 30 years of operation, the SUS has offered many valuable services to Brazilians, including primary care and far-reaching disease surveillance. Moreover, the SUS has used its capacity to respond effectively to past pandemics: beginning in the 1990s, for instance, the SUS provided free antiretroviral treatment for all Brazilians who tested positive for HIV. In 2015, a pattern of birth defects emerged in northeastern Brazil, and SUS epidemiologists quickly traced them to the Zika virus and alerted international authorities.

Given the reach and agility of the SUS, health experts assert that even after recent austerity cuts, it could have mounted a similarly robust response to COVID-19—if only one had been properly coordinated. Unfortunately, Bolsonaro began to disrupt early planning for such a response in mid-March. Borrowing tactics from U.S. President Donald Trump, Bolsonaro and his core supporters criticized social distancing, flooded social media with misinformation downplaying the threat, and touted chloroquine as a cure. Bolsonaro further undermined any expert response by installing more than 20 former military officials, most with little to no public health experience, in the top ranks of the Ministry of Health.

Brazil possesses a potentially powerful asset in the SUS.

State and city health departments were left to fill the leadership vacuum, with few resources at their disposal. The SUS had recently downsized, federal emergency funding was scarce, and coordination lethally slow. Brazil lacked the industrial capacity to produce needed medical supplies, such as respirators, tests, and protective equipment. Regional inequalities had long marked the country’s health system, and now they stood out in stark relief: in the jungle state of Amazonas, where at the start of the pandemic public hospital ICU beds per capita numbered below the national average and existed mostly in a single city, COVID-19 has killed at more than twice the national rate.

For all of Brazil’s deficits, however, it possesses a potentially powerful asset in the SUS. The system employs some 300,000 doctors, nurses, and health agents across the country in primary care—the very workers on whom Piauí’s Active Search program relies. “We don’t need to hire contact tracers, like some other countries do,” said Miguel Nicolelis, who directs a scientific committee that is advising nine Brazilian governors, including the governor of Piauí. “We have an army.”

The SUS can further bring to bear its extensive disease-surveillance capacity, which allows public health authorities and researchers to map cases by patients’ streets of residence. Nicolelis’s committee used this tool to track the coronavirus’s spread through rural Brazil along interstate highway routes, and the Pernambuco state health department uses it to publish street-level case maps. Finally, the SUS has provided care for COVID-19 to hundreds of thousands of Brazilians without out-of-pocket costs.

To the extent that Brazil has fumbled its response to the pandemic, the fault lies less with the capacity of its health-care system than with the quality of its management. Most city and state governments have failed to mobilize the resources of the SUS effectively due to a lack of federal protocols and decisions to ignore the advice of health experts. Business owners have pressured local officials against social-distancing requirements, the underemployed have struggled to comply with them, and Bolsonaro’s virus denialism has spread among the population. Increasingly, however, local politicians are replacing their foot-dragging with searches for technical assistance. In at least four states other than Piauí, governments have linked public health workers with the app used in the Active Search program.

Not long ago, Brazil was known for its role in promoting global equity in health-care access. In response to the HIV/AIDS pandemic, for example, Brazil helped lead a successful campaign to get the World Trade Organization to allow the breaking of pharmaceutical patents during emergencies—also known as compulsory licensing. From around 2005 to 2015, Brazil conducted programs that offered broad technical training to health professionals in Latin American and African countries in an effort to strengthen those countries’ health-care systems. Brazil was also behind some of the major commitments that the United Nations delineated in its 2019 Declaration on Universal Health Coverage.

Bolsonaro’s handling of the pandemic has done much to injure Brazil’s international stature in the field of health. The populist president disregarded the World Health Organization’s COVID-19 recommendations, threatened to pull out of the organization, and attempted to halt the publication of cumulative case data. Brazil’s foreign minister frequently criticizes multilateral cooperation systems, including the UN. The Brazilian government has been so uncooperative that in April, Brazil’s WHO delegation discovered that an alliance for COVID-19 vaccine development between heads of state, the UN, and philanthropic groups was launched without their knowledge or participation.

Some Brazilians have traced a road map for crisis response that exhibits the country’s strengths.

Fortunately, Brazilian actors outside the country’s executive branch, including health professionals, nongovernmental organizations, and former politicians, are still engaged in public health diplomacy. Many of them are organizing response plans with international counterparts during the pandemic. A former Brazilian president, Fernando Henrique Cardoso, and a former finance minister, Nelson Barbosa, have become outspoken members of a group of more than 140 world leaders and health experts calling for a patent-free, no cost “people’s vaccine.” Doctors from Fundação Oswaldo Cruz, Brazil’s national health research institute, have led an appeal for a new health equity task force at the WHO. Fundação Oswaldo Cruz also hosted scientists from nine Latin American countries for training at its COVID-19 diagnostic lab. And Brazil’s past advocacy continues to bear fruit: in recent weeks, countries including France, Germany, and Israel approved new permissions for compulsory licensing for coronavirus treatments.

As COVID-19 continues to ravage Brazil, seeping deep into the countryside, small towns, and indigenous communities, the Bolsonaro administration appears determined not to reorient its approach toward scientific advice. But both locally and internationally, some Brazilians have traced a road map for crisis response that exhibits the country’s strengths—whether through the vast health-care system it has built on scarce resources or through its international commitment to health equity. Allies in civil society have worked alongside the country’s public health community in an all-hours battle for these strengths to prevail. Ultimately, it will take collaboration from public authorities for these strengths to succeed.

Phantom Peril in the Arctic 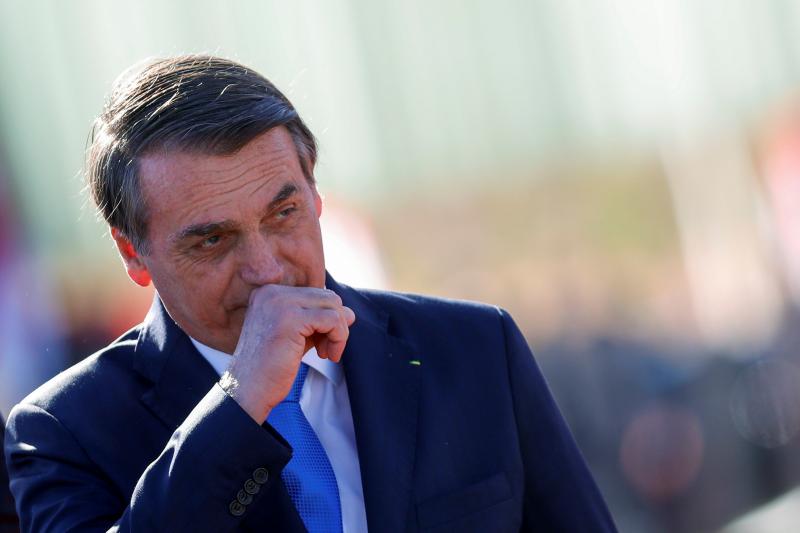 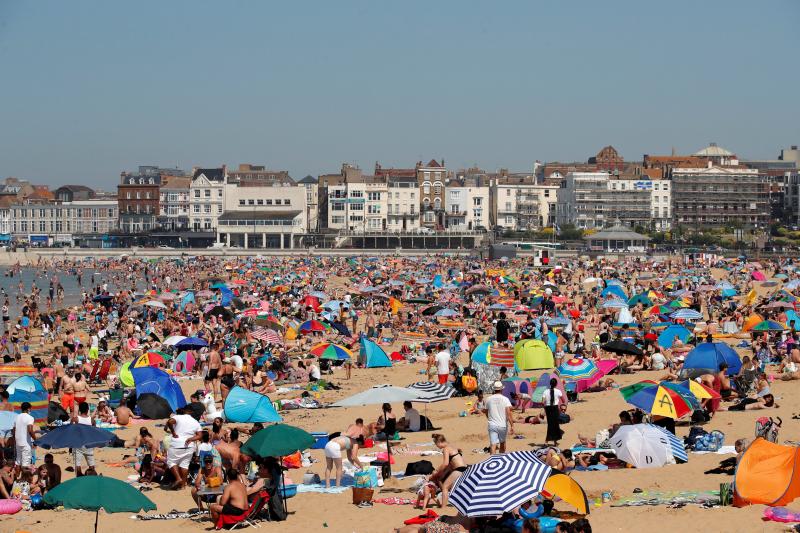 The Secret to a Safe Reopening

Why the End of Lockdown Looks So Different Around the World