To Stanch Migration, Washington Must Address a Deeper Crisis

In January, thousands of people gathered in the Honduran city of San Pedro Sula to form a migrant caravan to travel north. “¡Fuera, Juan Orlando, fuera!” they chanted, referring to Honduras’s notoriously corrupt president. “Get out, Juan Orlando, get out!”

Honduras is one of the world’s poorest countries. It is also one of the most violent, especially for women. And along with its neighbors in northern Central America, it had just been devastated by two supposedly once-in-a-century storms that made landfall within 15 miles and two weeks of each other in November 2020.

All these factors help explain why tens of thousands of Hondurans flee their country every year. But the cry from those risking everything on a perilous journey through Guatemala and Mexico to the U.S. border pointed to a more fundamental driver of irregular migration from the region—the pervasive governance failures that have long plagued Honduras and its neighbors. To stem migration from Central America, previous U.S. administrations emphasized economic prosperity and security initiatives and failed to prioritize governance. The administration of U.S. President Joe Biden will have to try something new if it hopes to keep migration from the region at manageable levels. It will have to put governance first.

Honduras, Guatemala, and El Salvador are not just poor and violent; they are beset by corruption and ineffectual, often predatory governance. On nearly all of the World Bank’s Worldwide Governance Indicators, including the effectiveness of government, rule of law, and control of corruption, countries in northern Central America lag well behind even their Latin American and Caribbean peers. And their citizens know it. Around the time the January caravan formed in San Pedro Sula, a public opinion survey revealed that even in a pandemic, an economic collapse, and the disastrous wake of Hurricanes Eta and Iota, more Hondurans—40 percent—identified corruption as the biggest problem facing the country than any other issue. Just 23 percent said unemployment and 12 percent said COVID-19.

Hondurans are not alone in decrying corruption. According to Transparency International’s 2020 Corruption Perceptions Index, which ranks 180 countries and territories by their perceived corruption levels, El Salvador and Guatemala rank 104 and 149, respectively. In Latin America’s benchmark public opinion survey, Latinobarómetro, Hondurans, Salvadorans, and Guatemalans routinely identify governance failures as among the most significant challenges facing their countries. In 2018, for example, no civilian governmental institution in any of these three countries enjoyed the confidence of more than 35 percent of the population, and most topped out in the teens and 20s. Satisfaction with democracy was even lower, at 11 percent in El Salvador, 18 percent in Guatemala, and 26 percent in Honduras.

Governance failures of this magnitude, and especially the predatory corruption that defines it, drive irregular migration. One 2019 study, for example, found that people are more likely to want to emigrate when they experience corruption firsthand. Another recent paper found that governance failures also sap populations of hope, and those without hope are most likely to set out on perilous migratory odysseys. Against that backdrop, it is no surprise that during the past decade, nearly three million Hondurans, Guatemalans, and Salvadorans—or nearly eight percent of their combined populations—abandoned their countries in search of a better future.

IN THE MIX, NOT IN THE LEAD

For decades, the United States has lurched from one crisis management approach to another in northern Central America. During the Cold War, the United States provided El Salvador, Guatemala, and Honduras with billions of dollars in military assistance and economic aid as part of its proxy wars with the Soviet Union. Then, in the early 1990s, El Salvador and Guatemala signed historic peace agreements that ended decades-long civil wars. The United States initially sought to help these governments consolidate democratic governments with rule-of-law institutions but abandoned its efforts too quickly. In El Salvador, for instance, Washington precipitously reduced assistance to the fledgling civilian national police force and ramped up deportations of undocumented migrants convicted of serious crimes in the United States, seeding criminal gangs that continue to target civilians across northern Central America to this day.

It was not until disaster struck that Washington reengaged with the region. In 1998, Hurricane Mitch claimed 11,000 lives, most of them in Honduras, Nicaragua, and El Salvador. In response, the administration of President Bill Clinton provided nearly $1 billion in disaster and reconstruction assistance, much of it focused on physical infrastructure.

When President George W. Bush came into office, Washington shifted its focus first to free trade and then to citizen security. The Bush administration negotiated and ratified the Central America Free Trade Agreement, which reduced tariffs for Central American products entering the United States (and vice versa). Washington then devised what would become the Central America Regional Security Initiative, which sought to enhance public security and other rule-of-law institutions across the region. Although neither approach was explicitly designed to reduce Central American migration, both attempted to enhance stability by promoting prosperity and security. But both fell short, as neither adequately prioritized governance reforms.

President Barack Obama’s administration changed tack once again, seeking to improve the region’s fortunes economically. In 2014, after nearly 70,000 unaccompanied Central American children arrived at the U.S. border, the Obama administration unveiled its Strategy for Engagement in Central America and sought to bolster an initiative by governments in the region called the Alliance for Prosperity in the Northern Triangle, eventually allocating $750 million in U.S. assistance to El Salvador, Honduras, and Guatemala in 2016. Both the strategy and the alliance took a three-pronged approach: they aimed to advance prosperity, governance, and security on parallel tracks. Although governance was in the mix, it did not take the lead.

President Donald Trump abandoned his predecessor’s limited focus on governance in Central America altogether. In addition to adopting draconian efforts in an attempt to prevent migration, the Trump administration turned its back on the region’s most high-profile governance projects—including the UN-backed International Commission Against Impunity in Guatemala and the Organization of American States–backed Mission to Support the Fight Against Corruption and Impunity in Honduras. In so doing, it allowed corrupt institutions and officials to regain the upper hand across much of northern Central America.

Over the past three decades, irregular migration from northern Central America has steadily grown, resulting in a dramatic increase in the number of non-Mexicans (predominantly Central Americans) apprehended at the southern U.S. border—from the low 10,000s in the 1990s to nearly 700,000 in fiscal year 2019. The Biden administration is now bracing for even more irregular migration across the U.S.-Mexican border. Through a series of executive actions, it has begun to reform antiquated border-processing infrastructure and the overtaxed asylum system, slowly unwinding Trump-era policies that eliminated migrants’ ability to claim asylum at the U.S. border and crippled the already limited capacity to deal with increased migration.

Those changes are a good start, but Washington must do more to relieve pressure at the border. The Biden administration should send short-term humanitarian relief to victims of Hurricanes Eta and Iota and help countries in the region secure vaccines to deal with the COVID-19 pandemic. And to get ahead of irregular migration, Washington should create programs to reunite families from the countries of northern Central America and expand legal channels for migration.

But even those actions will fall short if Washington does not prioritize governance across northern Central America. The Biden administration must not simply return to funding citizen security and prosperity initiatives. Instead, it must adopt a “Governance First” approach that aims to bolster the rule of law and the ability of governments to provide basic services.

The Biden administration is now bracing for even more irregular migration across the U.S.-Mexican border.

The United States cannot, of course, impose change. Rather, it should lift up local actors who are already responding to legitimate, popular demands for better governance. Where governments are open to reform, such as empowering national prosecutors to root out corruption and reforming laws to allow for the collection of more income and wealth taxes, Washington should provide political and technical support for those efforts. But where corrupt governing elites are resistant to change, Washington should partner with civil society.

Across northern Central America, civil society is often the only effective watchdog against government corruption and malfeasance. But those who offer this essential public service do so at great personal risk. The U.S. government—from the president to the desk officers at the State Department and all those in between—should engage civil society actors directly to afford them some measure of protection as they continue pressuring those who hold public office. Washington should also empower independent media across the region by prioritizing interviews with such outlets and ensuring their reporters are called on in joint press conferences with government officials, as the Biden administration has already done in its opening days.

Washington is well equipped to support local reformers and change makers. The United States should not be shy about using its economic and political leverage to help those officials who seek to do the right thing but are thwarted by corruption. And it should lead multilateral institutions and ad hoc groups not only in supporting prosecutors’ and courts’ anticorruption efforts but also in bolstering tax, customs, and procurement authorities’ ability to carry out their duties without succumbing to corruption. The United States should insist that governments across northern Central America install strong and independent inspectors general and political and technical advisers in their civil administrations and ministries. These officials can help insulate reformers within governments from corrupt influences.

Washington must do more to relieve pressure at the border.

In the past, the United States has abandoned brave civil servants who stood up to corruption across the region. The Trump administration turned its back on anticorruption efforts led by three former attorneys general from Guatemala and El Salvador, who have been forced into exile over the past four years. The United States must never betray such officials again. Instead, it should create a protection program to allow vulnerable officials and civil society leaders to seek refuge in the United States, signaling clearly that such actors are U.S. allies.

The United States must also make clear—through words and deeds—that it will not tolerate business as usual from corrupt, entrenched elites who undermine effective governance and reform efforts. Washington should pursue extradition in high-profile corruption cases linked to the United States. And in other cases, the Biden administration should aggressively use the so-called Engel List of corrupt individuals to be denied visas and access to the U.S. financial system, as well as the Global Magnitsky Act sanctions, which allow Washington to sanction any public officials who have committed human rights abuses, to punish corrupt elites.

But the Biden administration should not stop at naming and shaming corrupt people and denying them access to the United States. It should work with European, Asia-Pacific, and regional partners to deny them safe haven in other countries. As long as they fuel corruption and undermine the rule of law in their home countries, these people—and their families—should find traveling, living abroad, and accessing the international financial system much harder than they do right now.

As attention turns once again to the U.S.-Mexican border, the Biden administration must heed the lessons of the past and put governance first. If it fails to do so, societies across northern Central America will continue to suffer and irregular migration will continue to rise. 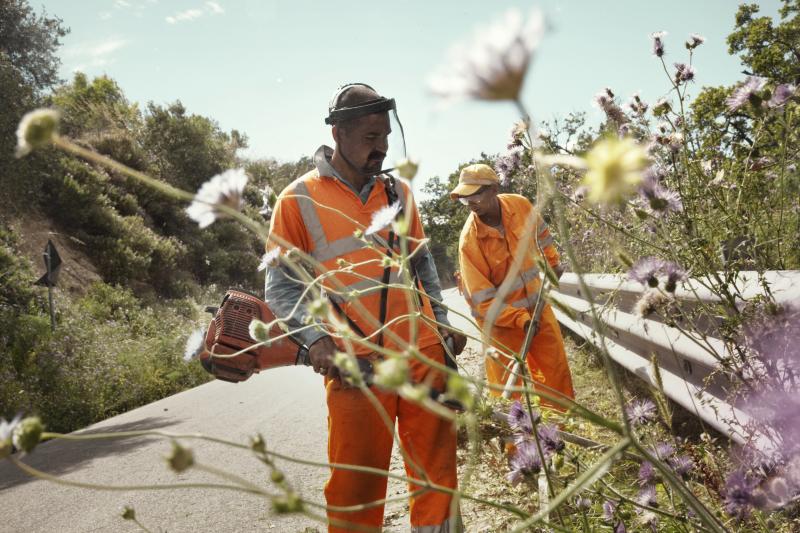 Only Migration Can Save the Welfare State 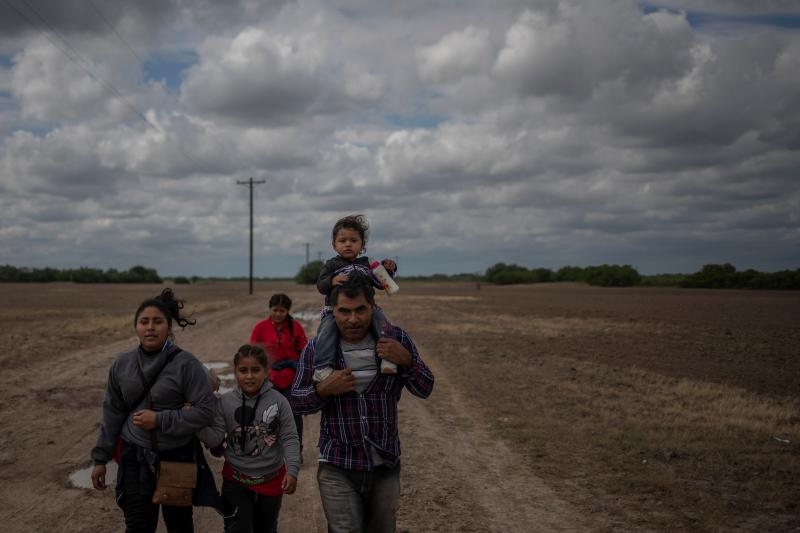 Will America Welcome Refugees and Asylees Once Again?

Trump’s Draconian Legacy on Immigration Will Be Hard to Expunge