COVID-19 has bludgeoned Latin America. The region is home to eight percent of the globe’s population but accounted for 30 percent of pandemic deaths. The carnage goes beyond the mortality rate. The Economic Commission for Latin America and the Caribbean reports that the regional economy contracted by nearly eight percent in 2020 and food insecurity tripled.

Latin American governments are beginning to distribute vaccines—albeit slowly—and infection rates are dropping. But as the worst of the pandemic potentially recedes, leaders in the region should not attempt to return to the pre-COVID-19 status quo. It is imperative to assess the damage that has been inflicted, understand what problems have been created or sorely exacerbated by the pandemic, and delineate what needs to be done to put the countries of the region on surer footing. The novel coronavirus has put in stark relief what has long been recognized but effectively ignored: this grossly unequal part of the world does not have a functioning safety net, and governments are not responding to the needs of the majority of their citizens.

Latin America will need stronger and more agile political leadership to forge a new social contract. These leaders will need to ensure all citizens—especially an elite that has often shown a penchant for self-serving libertarianism—pay their fair share. Finally, these governments will need to diversify their countries’ economies and present a united front as the rivalry between China and the United States becomes more pronounced in their swath of the world.

Back to the Future

Aside from the Chinese-U.S. showdown, these are long-standing challenges. Consider the foreign debt crisis of the 1980s in Latin America, the worst for the region since the Great Depression of the 1930s. The root cause of runaway inflation was a yawning gap between tax receipts and government spending. This led to a pair of policy prescriptions: stabilization and structural adjustment. Stabilization was defined largely as bringing inflation under control. Structural adjustment can be summarized as “get out in the international economy and sell something to generate more foreign exchange—dollars—to stimulate economic growth.” The idea was to sell off state-owned enterprises, generate “nontraditional exports,” and attract foreign investment everywhere possible.

Those prescriptions did not lead to sustained growth. With the exception of the commodity-boom years—roughly 2002 to 2015, interrupted briefly by the 2008 Great Recession—the region’s expansion has not met the expectations of regional and international economists. The only Latin American economies to average more than four percent annual growth during the three decades from 1990 to 2019 were Belize, Bolivia, Chile, Costa Rica, Panama, Peru, and the Dominican Republic. The sole country that registered more than five percent growth was Panama. Even Chile—often highlighted as a regional success story—saw its growth slow to two and a half percent annually during the first decade of this century. All of the larger economies of the region have expanded at a snail’s pace since the financial crises of the 1980s.

To foster growth, Latin American governments would do well to take a page from the countries of East Asia, which have prospered by strengthening their industrial sectors and diversifying their economies. Latin America could adapt that strategy by developing exports other than commodities and increasing the national content of manufactured exports. Growth is just part of the equation, however. To build more equitable societies, Latin American governments will need to increase their rates of tax collection.

With the exception of Brazil, every nation in the region pulls in a much lower percentage of GDP in taxes than all the member countries of the Organization for Economic Cooperation and Development. Many countries in Latin America have tax receipts that are less than 20 percent of GDP. That figure cannot finance a proper welfare state.

Part of the issue Latin American governments face is that most workers toil in the informal economy. In countries where formal employment is the norm, there is shared responsibility for a social safety net. Pensions, health care, unemployment insurance, and other benefits are linked to taxes employees and their employers pay. In regions such as Latin America, where formal employment is much lower in relation to the overall population, these benefits must be financed through the general fiscal purse.

This grossly unequal part of the world does not have a functioning safety net.

The problem is that the only way to raise taxes quickly and significantly is through a value-added tax (VAT)—typically an indirect sales tax—which does reach the informal economy but is also highly regressive. Correcting that regression on the spending side has long been seen as an effective antidote but is politically difficult to implement. It would require raising income taxes on the wealthy and the middle class. Governments also would need to introduce taxes where they do not exist—for instance, inheritance or estate taxes, a wealth tax, and tariffs on domestic and international financial transactions. These reforms may not raise significant resources, but they would be symbolically popular and underscore the need for all residents to pay their fair share.

None of these measures are foolproof. They can lead to capital flight, disinvestment, and large-scale evasion. Yet without them, increasing VATs, property taxes, and income taxes on the middle class seems inevitable.

The reluctance of a powerful elite to contribute to state coffers has unfortunately been a constant issue in Latin America. A more recent challenge is negotiating what may be a new Cold War between the United States and China. Most South American economies are increasingly oriented toward the Asian behemoth. Brazil, Argentina, Chile, Peru, Ecuador, Paraguay, Bolivia, and Venezuela sell copper, iron ore, oil, soybeans, and other raw materials to the country, which has become their main trading partner. The Chinese government has made investments in their mines, infrastructure, and (soon) defense systems.

The Chinese do not have a footprint across all of Latin America, however. Caribbean basin nations, from Mexico to Panama, have long-standing ties to the United States. Their exports go north. From the United States, tourists, remittances, and laundered money move south. These nations export scant commodities to China and receive little investment from the country.

This difference means that it is not simple for the two subregions of Latin America to forge a common geopolitical approach to address the rivalry between the United States and China. But if Latin America seeks to benefit from the coming clash between the two titans, it will need as much of a common policy as possible, one that is integrated into its efforts to find a more profitable niche in the world economy. Political leadership will be required. Unfortunately, at this point political leadership is scarce in Latin America.

The region has long had a political culture that is often inimical to change and reform. That tendency has been exacerbated by a “freezing” of political activity during the pandemic. New leadership has not been given a chance to germinate. In some cases, the danger is that voters will flock to the same political elites who did little to instigate change during their initial tours in office; in others, voters can be seduced by protest figures who are poorly equipped to make good on the promises they make on the hustings.

Sidelined populist leaders have already staged comebacks in Bolivia and Argentina. Luiz Inácio Lula da Silva—the former Brazilian president who served time in prison for corruption—is currently favored to return to the presidency in 2022. Venezuela and Nicaragua remain mired in authoritarianism. Mexican President Andrés Manuel López Obrador retains popular support but has been unimaginative and incompetent in office. Most other countries just seem adrift. It is telling that Chile has flip-flopped between a socialist president and a billionaire. Currently the billionaire is in office.

These governments will need to present a united front as the rivalry between China and the United States becomes more pronounced.

For an example of voters turning to an ill-prepared outsider candidate, consider the recent elections in Peru, Latin America’s fifth most populous country. Eighteen people ran for president and no candidate won more than 20 percent of the vote, forcing a runoff between the two leading vote getters. Ten political parties won seats in the unicameral legislature, with no party securing anywhere near a majority. The country’s political parties are little more than election vehicles. Their bland names—Free Peru, Popular Force, Popular Renewal—hint at the absence of an ideological or programmatic commitment.

The backdrop for the elections was ominous. Over the past five years, Peru has had four presidents. Three former presidents have spent time in jail for bribery, and a fourth killed himself to avoid arrest. A second round of elections resulted in a narrow victory for Pedro Castillo, who was inaugurated on July 28. He is a primary school teacher from the provincial city of Cajamarca with an affinity for wide-brimmed straw hats. He has never before held elective office. Castillo’s victory is a clear repudiation of the country’s establishment. However, just what he stands for—other than political symbolism of social resentment—is unclear. Peru’s politics may be more problematic than those of many other countries in Latin America, but its general malaise and lack of direction are representative of the region.

Poor leadership has cost the region for centuries. Many economic historians recount how in 1700 the colonies of North America and South America had roughly the same standard of living. By 1820, however, income per capita in Latin America was about two-thirds that of the United States and Canada. In 2009, Latin America’s income per capita was roughly one-fifth that of North America.

That said, history also offers reason for hope. In particular, it is worth noting how Latin American countries have rebounded from national traumas. The Mexican Revolution, which ranged from 1910 to 1920, was catastrophic: roughly seven percent of the population died, and the economy was decimated to the point that it did not resume growing until 1940. Still, in the aftermath, Mexico forged an all-inclusive, albeit authoritarian, political party. The country enjoyed political stability for more than four decades, from 1940 to 1982. During that time, it became one of the world’s fastest-growing economies, earning the moniker “Mexican Miracle.” Chile rebounded from the economic and political turmoil of both Salvador Allende’s “peaceful road to socialism” and Augusto Pinochet’s repressive regime. Costa Rica rebuilt itself, first in the aftermath of turmoil in 1948 and again after a financial crisis in 1982. Countries can change. As the region begins recovering from a brutal pandemic, it is time for them to do so again. 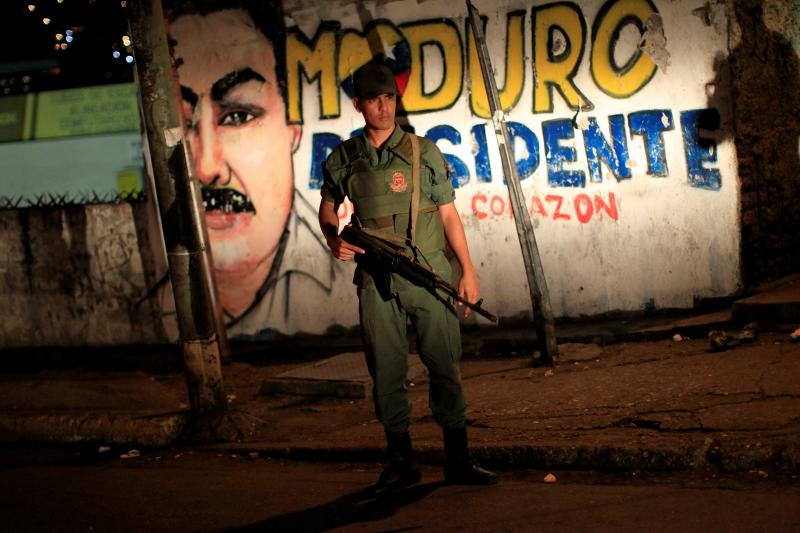 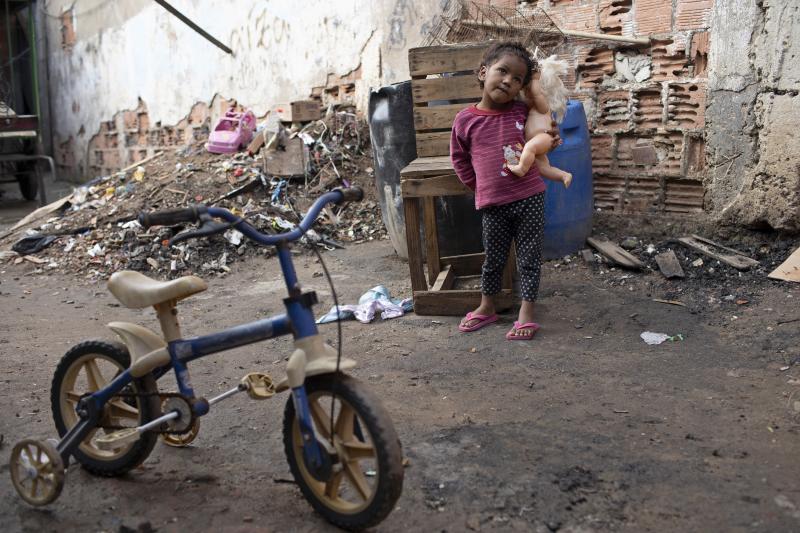