In mid-November 2019, The New York Times published more than 400 pages of leaked internal documents from the authorities in the Xinjiang Uighur Autonomous Region, a province in northwestern China. At least one million people, but perhaps twice that number—mostly ethnic Uighurs, Kazakhs, and other Muslim minorities—have been incarcerated in the province’s so-called reeducation camps, where detainees are held against their will and forced to perform manual labor, forbidden from contacting relatives, and in some cases psychologically and physically tortured.

The leaked documents included painstaking instructions for the silencing of those whose parents had been locked away, as well as internal speeches in which Chinese President Xi Jinping called on the Chinese people to show “no mercy” and use all the “weapons of people’s dictatorship” to combat a perceived extremist threat. The leak confirmed what human rights organizations, practitioners, and China watchers have long feared: that the Chinese Communist Party (CCP) is engaged in the systematic persecution of the country’s domestic religious and ethnic minorities.

So far, Chinese authorities have carried out this campaign with impunity. The United States and several European countries have voiced concern about human rights in Xinjiang, but Chinese officials retort by invoking their country’s sovereignty. Moreover, they claim, harsh actions in Xinjiang were necessary to protect China from what it calls “the three evils”—terrorism, separatism, and religious extremism. Less often spoken about is the Chinese government’s vested interest in asserting control over a region that has historically opposed Chinese rule—and one which now serves as Beijing’s gateway to the Eurasian continent for infrastructure investment, trade, and energy diversification.

Given the intensity of China’s commitment to bringing Xinjiang to heel, condemning human rights abuses there has availed Washington very little and served to raise hackles in Beijing. There is a better way for U.S. policymakers to engage the Chinese government regarding the persecution of Uighurs and other minorities, and the approach is a counterintuitive one: Washington should offer to share its counterterrorism expertise.

At the moment, China views Russia and the Central Asian states as security partners. These states address their own terrorism problems by cracking down on minorities and strangling human rights. Such an approach in Russia temporarily curbed domestic terrorism but stoked terrorism abroad. Former Soviet Republics accounted for the largest number of foreign fighters that traveled to Iraq and Syria to join the Islamic State, known as ISIS. China appears to have adopted similar tactics, and if it continues down this road, Beijing could very well be setting the stage for a generational struggle with Uighurs both within China and abroad, where a Uighur diaspora is growing in the Middle East and Southeast Asia.

The United States and its allies could show China a better way forward. By advising China on security questions, the United States could help relieve the pressure on Chinese minorities even while improving Washington’s relationship with Beijing.

Anyone who has tried to broach a conversation about human rights in Xinjiang with a Chinese government official knows that the dialogue tends to end abruptly—usually with a lecture on how China has successfully eliminated terrorism within its borders. This policy comes as a direct response to a number of relatively recent terrorist attacks in China—the government cites, for instance, the 2013 Tiananmen Square car bombing and the 2014 Kunming Railway Station attack. The Chinese counterterrorism strategy is deeply rooted in the belief that socioeconomic development of this previously underdeveloped region will eradicate “the three evils.” Such is the explanation the CCP has offered for developments in Xinjiang in its white papers and in the antiterrorism law it adopted in 2015.

Beijing may be correct in arguing that the police state the CCP created in Xinjiang has temporarily attenuated the threat of terrorism in China. There is little evidence to the contrary. But this argument is difficult for outsiders to adjudicate, given that China has a history of being less than transparent about the frequency and lethality of terrorist attacks throughout the country. China also defines terrorism more broadly than Western security analysts generally would, including under its rubric both separatism and religious extremism.

Moreover, counterterrorism concerns are not the only ones driving Beijing to assert harsh control over Xinjiang. Several of the CCP’s most important domestic and foreign policy goals require unfettered access to the region. Xinjiang’s geographic location is crucial to the Belt and Road Initiative’s land routes that connect the Chinese and European markets. The region is also central to Chinese energy ventures and security. According to Chinese state media, for instance, the Central Asia–China gas pipeline that runs from Turkmenistan to Khorgos, Xinjiang, delivered more than 47.9 billion cubic meters of natural gas to China in 2019. Political unrest in Xinjiang and the threat of the region’s independence could severely endanger China’s energy security and sabotage President Xi’s signature project and political legacy. Reining in the region is for this reason of paramount importance to the CCP. Doing so through draconian repression, however, is myopic and could result in a new cycle of terrorist violence.

OF SEPARATISTS AND TERRORISTS

Whether or not the militant groups in Xinjiang are linked to transnational terrorism to begin with is a subject of debate. Beijing has long tried to tie the historic separatist movement in Xinjiang to Islamist terrorist organizations outside China’s borders, like al Qaeda. The CCP accelerated these efforts in the 2000s, after the 9/11 attacks and in the early years of the United States’ global war on terrorism. The CCP also claims that the East Turkistan Islamic Movement (ETIM), a Uighur jihadist group, maintains connections to Xinjiang, but most terrorism experts would argue that these links are tenuous and that, in any case, they withered well before 2020.

Even so, terrorism has come to pose a growing threat to Chinese interests and nationals abroad. Analysts have tied the 2015 bombing of a shrine in Bangkok, in which Chinese tourists were targeted, to the deportation of Uighurs from Thailand to China, at the latter’s request. Kyrgyz security services claimed that a 2018 car bomb attack on the Chinese embassy in Bishkek was a joint operation by the ETIM and Kateeba Tawhid wal Jihad, a predominantly Uzbek group based in Syria. And an Afghan militant group claimed responsibility for a 2018 attack on the Chinese consulate in Karachi, which ended with a shootout. During this period, Chinese nationals abroad have been the victims of multiple kidnappings and executions.

China’s activities in Xinjiang could result in a new cycle of terrorist violence.

In 2019, terrorist organizations such as al Qaeda and ISIS explicitly mentioned China in many of their propaganda materials—citing the CCP’s abuse of Muslim minorities as a justification for going after China and Chinese nationals. On the messaging application Telegram, jihadi groups use images of Chinese atrocities against Uighurs to recruit and radicalize Muslims throughout the world. The situation in Xinjiang serves to rally extremists across the globe, just as U.S. abuses in Abu Ghraib Prison became a potent recruitment tool for al Qaeda in Iraq in 2004.

THE VOICE OF REASON

Through its Belt and Road Initiative, Beijing has rolled out large-scale, highly visible infrastructural projects abroad that furnish an abundance of soft targets for transnational terrorism. The growing anti-Chinese sentiment in many countries and regions where Chinese investments are ubiquitous—including several South Asian, Central Asian, and African countries—poses a serious security threat. Such organizations capitalize upon local grievances, making Beijing’s exposure abroad a potential vulnerability.

The United States has a wealth of experience in countering the threat stemming from transnational terrorist organizations. China lacks this expertise and would benefit from tapping into that of the United States. While a true partnership is unlikely due to the competitive nature of U.S.-Chinese relations, Washington could certainly supply Beijing with credible intelligence about specific plots against China or Chinese interests. It would have to do so without compromising sources or methods, but the information would likely garner goodwill and could create an opening for the United States to persuade the CCP that a scorched-earth approach to counterterrorism, particularly one that involves egregious human rights abuses, is likely to backfire in the long term.

The growing anti-Chinese sentiment in regions where Chinese investments are ubiquitous poses a serious security threat.

Without U.S. cooperation, however, Beijing will continue to turn to private security contractors—such as former Blackwater chief executive Erik Prince, known for employing a team of soldiers for hire who operate outside of recognized legal boundaries and with little accountability—as well as Shanghai Cooperation Organization members, such as Russia, Uzbekistan, and Tajikistan, all of whom approach counterterrorism with little regard for human rights.

Beijing’s counterterrorism strategy in Xinjiang is ultimately counterproductive. The policy could instigate more violence, serve as a recruitment tool, and increase the number of attacks against Chinese projects and nationals abroad. To avert this potential threat to global security, U.S. policymakers must first recognize that the situation in Xinjiang is about more than human rights abuses. Rather, Beijing’s crackdown risks fanning the flames of transnational terrorism against China.

Washington should appeal to China by offering to help ensure its domestic security rather than simply condemning the CCP’s human rights abuses. Such outreach could help defuse the humanitarian crisis and alleviate the crackdown in Xinjiang, even while preventing China from aligning more closely with Russia and other authoritarian states.

As the repercussions of China’s high-handed counterterrorism policy play out, U.S. policymakers may find themselves wishing that they had made the security-focused humanitarian argument—and Chinese officials will wish that they had listened to it. 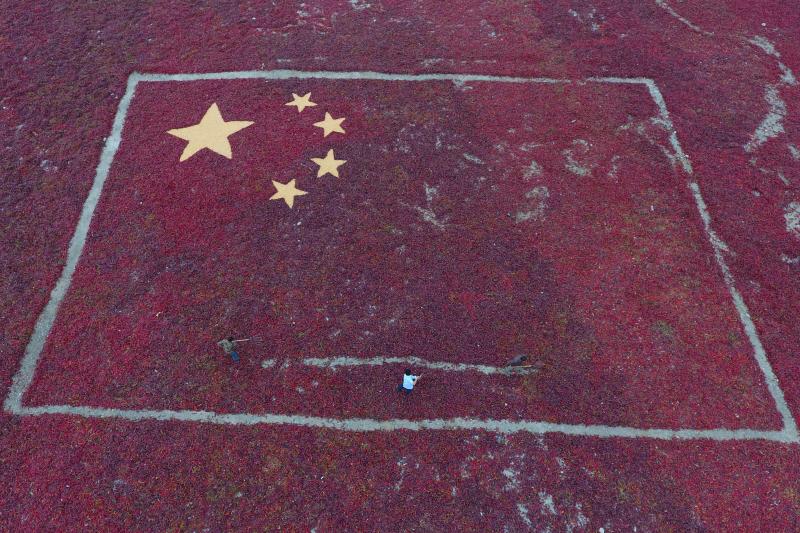 The 24-7 Patrols of China’s “Convenience Police” 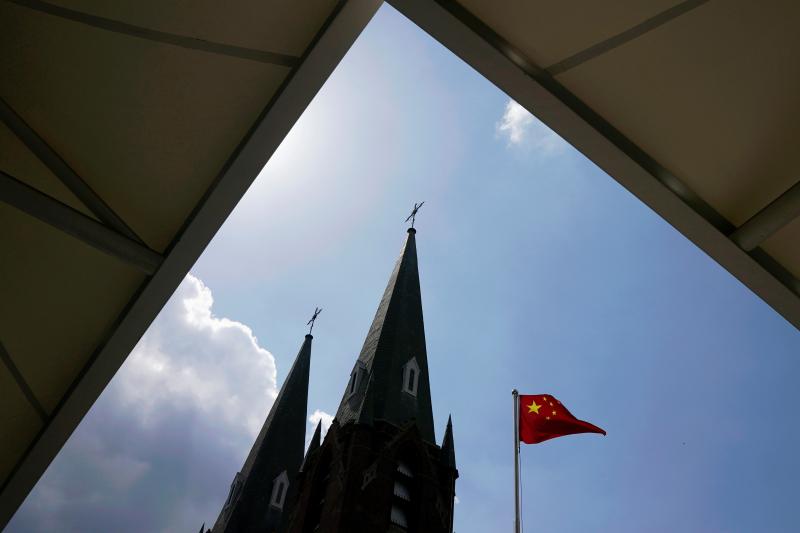 How the State Is Co-Opting Religion in China

And What It Means for the Country’s Future