During one of the Balkan wars in the 1990s, a group of senior officials met in the White House Situation Room and listened to a proposal for bombing Serbia yet again in retribution for the latest outrage by its dictator, Slobodan Milosevic. As the officials, almost all civilians, discussed the options, they turned to the U.S. military representative at the meeting for his view of the proposed new bombing campaign. He answered with a question: “And then what?”

Policy and strategy should be tethered to answering that question. That simple fact is especially true in great-power relations, when one country’s ability to affect internal change in the other is at best proscribed, and efforts to do so may backfire. Newtonian laws apply to foreign policy and national security matters as much as they do to the physical world: every action does indeed lead to an equal and opposite reaction. Rarely does the receiver of the action simply turn the other cheek and carry on.

There is no question that China grossly misbehaved in not being transparent with the rest of the world about what was happening in Wuhan. But although China seemed to be covering up the outbreak during those chaotic days in December, it is also very possible that Chinese health and security agencies simply didn’t know what they were dealing with in Hubei Province as thousands of citizens descended on an overmatched health system. The question of who knew what and when they knew it will in time be answered, largely because that question is being asked the world over—especially by the shaken Chinese public, for whom the effects of this virus are very raw even as the government claims to be achieving victory over it.

The novel coronavirus that appeared in late 2019 has caused carnage that will most likely be etched in the world’s collective memory for many decades. For some countries, the pandemic will bring enormous changes to social habits and mores; for others, it will bring political upheavals as citizens assess how capably their governments responded. The United States has suffered especially catastrophic losses—of lives to disease and of livelihoods shattered by a collapsing economy. These losses raise the question of whether the country’s political leadership, with its attitude of contempt for institutions and expertise, was even remotely up to the task. Clearly, the Chinese have followed these developments.

Not surprisingly, and not for the first time, the focus of the administration of U.S. President Donald Trump has been on finding someone to blame. That is the administration’s instinctive response to every problem it encounters. In this case, China, with all its afflictions, is the obvious choice. The question, of course, is how China will react.

Not surprisingly, and not for the first time, the focus of the administration of U.S. President Donald Trump has been on finding someone to blame.

In recent decades, China has not managed its international relationships well. The world rightly gave a rapidly developing China membership and appropriate status in a panoply of international financial and economic institutions, hoping—never a sufficient foundation for decisions of this kind—that China would become a responsible stakeholder in an international system that made it a beneficiary. But those hopes have been repeatedly dashed as China has, among other transgressions, pursued aggressive trade practices that include predatory pricing and extorting intellectual property, even as the world trading system has been, in the view of many, excessively patient in giving China the time and space to reform.

To some extent, China’s rise has suffered from poor timing. Its emergence coincided with increasing automation among its partners, and China, rather than technology, was blamed for the inevitable job losses. China could have surrounded its growth with an envelope of political and social sustainability, whether through improved factory working conditions, consumer advocacy, environmental protection, or general liberalization measures, but it did no such thing. Even its anticorruption drive, once popular with a frustrated domestic audience, began to seem corrupt when politicians went after one another within the gridiron of the communist system. These shortcomings have tarnished the luster of China’s model, despite the country’s extraordinary gains in lifting hundreds of millions out of poverty.

The Chinese have a well-deserved reputation for thinking ahead, and what they see ahead is a world increasingly skeptical of China: one that, for starters, wants to shorten its supply lines, so as not to have to place overseas orders for such desperately needed goods as personal protection equipment (PPE). The growing ranks of severe critics of China—including those within the White House—have talked about “decoupling” from the Chinese economy as a solution to the economic woes of the United States, as if the cure for economic transition is to cut back trade with one of the world’s most formidable manufacturing centers. Now, that dream has a chance to become at least a partial reality, as the pandemic has greatly expanded the scope of strategic needs and weakened the arguments for free trade.

China is aware of such sentiments, which are widespread among its trading partners, and of the fact that the pandemic is bringing them closer to realization. If China cannot achieve status as a responsible stakeholder in the international system, perhaps, its leadership may be thinking, it can at least repair and retain its role as a responsible manufacturing partner and mitigate the global desire to make products closer to home. Within weeks of the pandemic’s spread, the country began to send its PPE products to the four corners of the world, as if to demonstrate that it is a reliable supplier of manufactured goods.

But even China’s efforts to reassert its role as a dependable manufacturer may be too little and too late. The world, not to speak of the flailing Trump administration, is in no mood to give China the benefit of the doubt. China’s effort to supply PPE to countries in desperate need of such equipment was greeted with suspicion in some quarters as a new effort to gain preeminence and broaden China’s malign and nefarious influence in the world.

That offers to supply hospital equipment should be subject to such skepticism is a testament to the weakening of the international order that the Trump administration’s inconsistent and retrenching foreign policy has wrought. Fear and loathing of China is no substitute for self-confidence and unity of purpose in dealing with it. U.S. foreign policy under Trump and his dyspeptic secretary of state, Mike Pompeo, aims less to broaden coalitions and forge effective policy than simply to marshal fear by ascribing malicious motives to a country that is more likely trying to protect what it has. The administration has made little effort to chart a way forward with a China that will neither disappear nor give in to diktats from the United States.

Fear and loathing of China is no substitute for self-confidence and unity of purpose in dealing with it.

The United States once built an international order that all but assured its own primacy. Yet of late, it has changed jobs from that of chief architect and builder to chief arsonist. The new U.S. narrative is one of victimization—at the hands of everybody, but especially the Chinese—and Washington seems to want to burn the whole edifice down. If the United States were instead to resume its role of leadership and keep a clear mind about China, it could help shape the global environment that the Chinese leadership must navigate.

What China looks like in the future will be up to the Chinese. They will determine what role they believe is sustainable for themselves in the world. The United States, however, must contemplate a policy toward China that is practical and sustainable in its own right. Does the United States really seek lasting enmity with China? Is that in the American interest? Anyone who has visited the Great Wall might ask, do we really want to get into a fight with a people who built a thing like that?

American actions of late have a ring of righteousness, and certainly of rightful indignation. But where is this posture leading? What does Washington hope to gain from it? The United States’ often clumsy management of bilateral relations in East Asia (the Korean Peninsula comes to mind) suggests that its policy is designed to confer on China the status of a regional hegemon even while simultaneously trying to weaken it and reduce the scope of its global influence. This approach is inconsistent and the same will likely be true of its results.

Pique is no substitute for policy. For all that China has to consider in the months ahead, perhaps it is the United States that needs to calm down and ask itself what it wants next and how to get it. 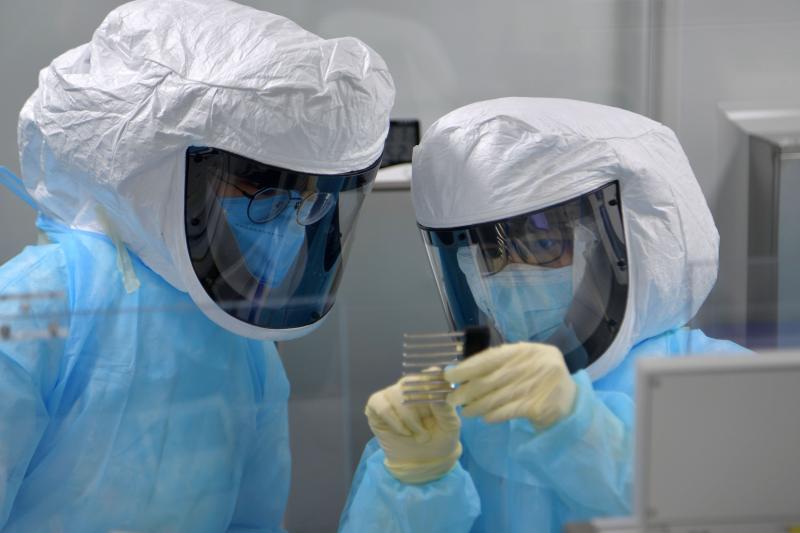