By Michael C. Horowitz, Joshua A. Schwartz, and Matthew Fuhrmann

Drone warfare is one of the most important international security developments of the twenty-first century. The United States has conducted thousands of drone strikes, ranging from attacks on nonstate actors such as al Qaeda to the operation last January that killed Iranian Major General Qasem Soleimani. Turkey has employed armed drones domestically against the Kurdistan Workers’ Party, Nigeria against Boko Haram, and Iraq against the Islamic State (also known as ISIS). Saudi Arabia and the United Arab Emirates have carried out deadly attacks in Libya and Yemen using drones. In just the last few weeks, Azerbaijan has used armed drones, arguably to great effect, in the war with Armenia, especially against tanks and artillery.

Armed drones are proliferating rapidly, and drone warfare is thus likely to become even more prevalent in coming years. Our research shows that 18 countries obtained armed drones from 2011 to 2019. By contrast, prior to 2011 just three countries had armed drones: the United States, the United Kingdom, and Israel.

The rapid rise in drone deployment has coincided with China’s emergence as a major supplier. From 2011 to 2019, 11 of those 18 countries we tracked bought armed drones from China. By contrast, during the same period, the United States exported armed drones to just one country: France. As armed drones spread and a new administration takes the reins in Washington, the United States will need to answer some hard questions about whether, and to whom, it is willing to sell its sophisticated drone technology.

The United States has the most advanced drones in the world and plenty of interested buyers—but a voluntary export control regime created in 1987 severely restricts its ability to sell armed drones. The Missile Technology Control Regime was established during the Cold War to prevent the spread of missiles that could carry weapons of mass destruction. Under this regime, the United States is obligated, in most circumstances, to avoid exporting Category I systems—defined as those that can travel more than 300 kilometers and carry a payload of more than 500 kilograms.

The regime was meant to regulate one-way missiles and not aircraft, but in 1987 drones were considered more akin to the former than the latter because they were primarily designed for one-way missions to test missile accuracy or for very short-range surveillance missions. Modern drones much more closely resemble aircraft since they can stay in the air for hours or days at a time and then return to base. Yet they currently remain subject to restrictions under the 1987 regime. Therefore, for much of the last decade, while China and others began exporting armed drones, the United States was slower to enter the market.

American restraint has unintentionally but strongly affected the types of countries able to acquire armed drones. China claims its exportable systems fall just below guidelines in Category I of the 1987 regime. Moreover, although China says it follows those guidelines, it is not a formal member and therefore is freer to choose markets for its drone exports. Few of these are in democracies. Of the 11 countries that purchased armed drones from China, such as Egypt and Uzbekistan, nine were nondemocratic in the first year of acquisition. More broadly, nondemocracies were more than eight times as likely as democracies to acquire armed drones between 2011 and 2019, according to our research.

One reason nondemocracies became more likely to acquire armed drones during this period is that compared with the United States, China imposes relatively fewer restrictions on how buyers use the weapons they import. Buyers therefore have the freedom to use the weapons as they see fit, even if doing so violates international law and human rights. As Xu Guangyu, a retired major general in the People’s Liberation Army, has said, one of China’s major advantages in selling arms is that it does not “make demands over other governments’ status and internal policies.” By comparison, the United States’ 2015 drone export policy—which clarified conditions for U.S. drone exports given the 1987 guidelines and other conventional arms transfer policies—required recipients to “use these systems in accordance with international law, including international humanitarian law and international human rights law,” and to not “use military UA[Vs] to conduct unlawful surveillance or use unlawful force against their domestic populations.” Even France, a close American ally, needed the permission of the United States government to deploy armed MQ-9 Reaper drones at one point. The United States retains the leverage to cut off the supply of replacement parts and ammunition to countries that fail to comply with its rules.

For these reasons, drones have proliferated in far greater numbers from China than from the United States, and the lopsidedness of this pattern has had consequences. U.S. restrictions on drone exports have not prevented the weapons from spreading. Rather, they have left the United States’ democratic allies at a disadvantage relative to nondemocracies when it comes to acquiring armed drones. China, meanwhile, has used drone exports to build defense relationships with countries around the world­­, including with U.S. partners. For example, the United States denied requests for armed drones from Jordan, Iraq, the UAE, and Saudi Arabia. These countries purchased Chinese armed drones instead.

In response to these unfavorable dynamics, the administration of U.S. President Donald Trump decided in July 2020 to “reinterpret” the 1987 regime. Drones that travel at speeds under 800 kilometers per hour, like General Atomics’ Predator and Reaper, will now be classified as Category II systems, making them easier to export. Since the policy change, the Trump administration has notified Congress that it has approved armed drone sales to Taiwan and the UAE, and Secretary of State Mike Pompeo and then Secretary of Defense Mark Esper have pressured India to purchase armed drones from the United States.

American willingness to export armed drones is likely to erode the advantage nondemocracies have had over democracies in the drone marketplace. And the overall pace of proliferation will likely grow. Other potential suppliers—such as Turkey—have also increased sales in recent years and will contribute to broader drone proliferation. For example, Azerbaijan used Turkish-made drones to conduct airstrikes in its war with Armenia.

Although the frequency of drone attacks will likely increase in the near future as more countries—and nonstate actors—acquire armed drones, the overall severity of the threat they pose remains relatively low, at least for now.

If detected, current-generation drones are relatively easy to shoot down compared with inhabited aircraft, as they are slower, less maneuverable, and typically unable to defend themselves. Iran, Syria, and the Houthis have shot down U.S. drones. Current-generation drones therefore have limited utility in contested airspace and may not be all that valuable in a conflict between sophisticated military powers. However, many militaries are vulnerable to drone strikes, as Armenia has learned from the Azerbaijani attacks on its Soviet-era air defense systems. Technology that enables drones to defend themselves or swarm and overwhelm enemy defenses could also make these weapons even more effective in the future.

Some research even suggests that the use of drones could contribute to stability in some cases. Experimental war games have demonstrated that military decision-makers are more likely to favor aggressive military responses to the downing of an inhabited aircraft than they are to that of an uninhabited drone. For a real-world example, consider President Trump’s decision on June 19 to back down from launching airstrikes against Iran after it downed a $130 million RQ-4 Global Hawk surveillance drone. To justify his decision, Trump tweeted that retaliating with airstrikes was “not proportionate to shooting down an unmanned drone.”

While the long-term impact of this military technology is not yet known, it is clear that the genie is out of the bottle, and armed drones are proliferating rapidly. Big questions about drone proliferation thus loom for an incoming Biden administration. A President Joe Biden could restore Obama-era restrictions on U.S. drone exports, once again ceding the market to China. A Biden administration might, conversely, decide there is no turning back, as drones become a more regular feature of warfare. Or it could chart a middle path, restoring a somewhat higher level of scrutiny for drone exports while making them more accessible to close allies, especially democracies. 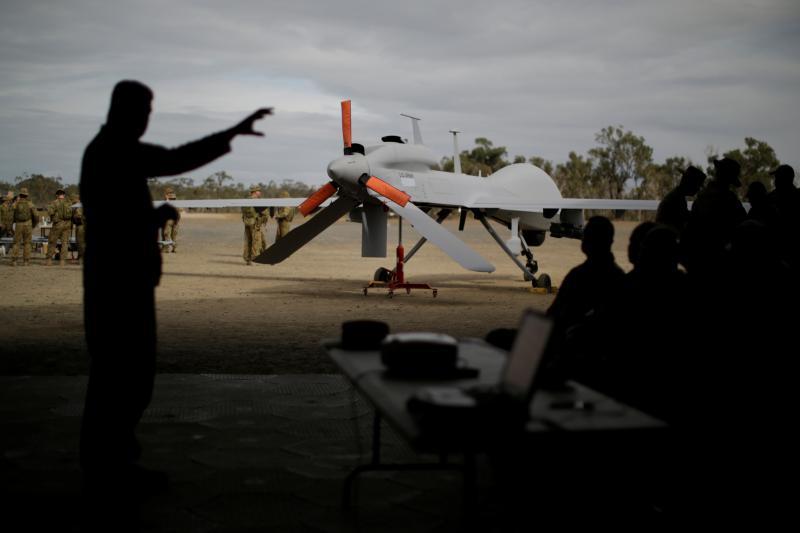 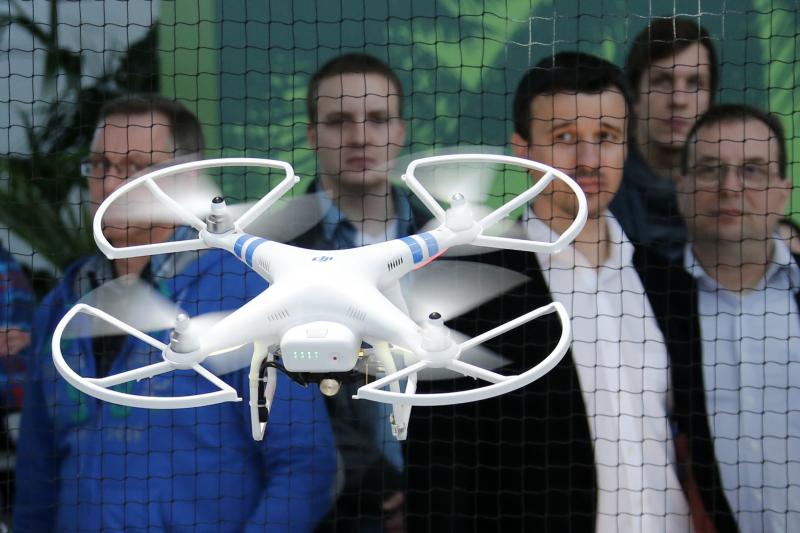