China’s Inequality Will Lead It to a Stark Choice

China’s model of political capitalism has produced staggering growth and lifted millions from poverty—but not without widening the gap between the country’s rich and poor. Inequality has become the Chinese system’s Achilles’ heel, belying the government’s nominally socialist tenets and undermining the implicit contract between the rulers and the ruled. Inequality erodes the trust that Confucius thought even more essential for good government than food (or, in today’s terms, material prosperity).

Addressing this problem requires understanding its sources and its reach. In China, the task is not always a simple one. China’s inequality looks at first glance like the predictable product of rapid growth and urbanization. But aspects of the country’s distribution of wealth and income are more particular. They rise from the nexus of economic and political power within the Chinese system, and they suggest that the country’s leadership faces a difficult choice as to how, and whether, to restrain the growing power of a new elite.

Back in the 1950s and 1960s, the American economist Simon Kuznets argued that economies that shift from agriculture to manufacturing, or from rural to urban, tend to experience rising inequality. The reason is that from the beginning of the urban transition, city dwellers earn higher incomes and choose from a greater variety of diversely paid jobs than do those who work in agriculture. When rural laborers migrate to cities, they offer cheap labor that further benefits urban employers and increases inequality. But these conditions last only as long as there is an almost unlimited supply of rural labor that can be attracted to cities at a more or less constant rate. Once that supply is exhausted, unskilled wages begin to rise (in relation to skilled wages), and inequality goes down.

That China should have seen a rise in inequality when it did is therefore in some ways unsurprising. In the late 1970s, Chinese leader Deng Xiaoping instituted economic reforms that led inequality and real income to rise in unison. They did so until approximately the first decade of the 2000s, when inequality stalled and may even have reversed. The level of income inequality in China today is very high. According to the official data (which do not provide micro information that can be independently verified), China’s Gini coefficient (a measure of inequality that ranges from 0 to 1) is around 0.47. By comparison, that of the United States is around 0.41. Chinese leaders have insisted a number of times that inequality above 0.40 is potentially destabilizing.

If urbanization explains China’s course, the country may be considered to have rounded the Kuznets curve when its inequality declined in the early 2000s. And in this case, China’s story is particular only in the sense that earlier Maoist policies had produced extremely low inequality to begin with. The country’s subsequent growth was extremely fast, leading China to traverse the Kuznets curve in two generations rather than the century or more that it took other countries.

But this model cannot encapsulate the whole of China’s story. Specific features of the country’s political and economic system have further influenced its level of inequality—including significant disparities among provinces and between rural and urban areas. For example, in 2019, the income ratio between the three richest and the three poorest provinces was 4 to 1. The cities of Beijing and Shanghai are legally counted as provinces—but even eliminating them from the calculus, the ratio remains 3.5 to 1. The equivalent ratio between rich and poor states in the United States is less than 2 to 1.

Moreover, the gap between urban and rural incomes is very high in China—enough so that urban and rural income distributions appear to belong to two different countries. A system of worker registration called hokou limits mobility between villages and cities and partly explains this inequity. A person with the median urban income in China is in the 70th global percentile (meaning that he or she is richer than 70 percent of humankind), while a person with the median rural income is in the 52nd global percentile. Differently put, the average urban person in China is as rich as the average person in Hungary, whereas the average rural person in China is as poor as the average person in Vietnam. One study comparing Chinese and American inequality has shown that 22 percent of Chinese inequality is due to these two “structural” features—inequality among provinces and between urban and rural areas—whose importance in the United States is a mere two percent. These structural or geographical factors add another layer, atop the Kuznets story, to China’s inequality.

Corruption and the Party

China’s inequality, like that of many countries, is not only structural but political. Corruption, which is most lucrative for those already in proximity to large amounts of money for embezzling, and membership in the Chinese Communist Party, which can secure very high incomes, also drive it. Such factors have not been studied as extensively as the geographical ones. But the data exist: in 2012, Xi Jinping initiated an anticorruption campaign, ensuring that the details of specific instances of corruption—including the amounts of money embezzled, the duration of illegal activities, and the number of people involved—would be collected and regularly published. From this information it is possible to calculate the amount of money embezzled at different administrative levels of the government. The data also distinguish between officials working in government and business and those working within the CCP apparatus.

The data show that the higher the perpetrators’ administrative level, the greater their illicit gain (as we might expect): corruption tends to be least lucrative at the county level and most lucrative at the provincial level. Moreover, at all levels, CCP officials appropriate more illicit funds than those working in government or business. The average amount stolen by party officials at the prefecture level is almost three times as great as that stolen by “mere” government officials.

This twofold regularity—that corruption involves more money at higher administrative levels and that CCP officials embezzle the most at all levels—holds for all forms of corruption. And it indicates that income from corruption, if it were included in the available income distribution statistics (which, by definition, it is not, since perpetrators do not confess their ill-gotten gains to the statistical office), would make actual income inequality even greater than what is reported. The political scientist Yuen Yuen Ang has argued that some forms of corruption in China are conducive to growth because they speed up local decision-making (say, on large infrastructure projects) and give officials incentive to accommodate businesses. But to the extent that this thesis is true, corruption may also undermine the political system by exacerbating what may be called unfair inequality, as ordinary people see those who are politically well connected suddenly grow rich.

China’s inequality is not only structural but political.

The CCP itself provides a useful illustration. Together with colleagues Li Yang and Filip Novokmet, I conducted a study of the top five percent of the Chinese population (for simplicity, we call this “the elite”) over the period from 1988 to 2013. We documented an extraordinary social change: in 25 years, the Chinese elite transformed from being three-fourths government employed to being one-half capitalists and professionals. Yet underneath this remarkable shift, the role of CCP membership did not much alter: in 2013, 31 percent of the elite were CCP members, an almost unchanged percentage from 1988, when it was 35 percent. But whereas in the past, CCP members were typically industrial workers and government officials, now party membership has spread to other social groups, particularly those in the new elite. Across the CCP as a whole, we found that seven out of ten members belonged to the same, strongly state-dependent groups that dominated membership in the past: workers, clerical staff, and government officials, for example. But when we looked at the rich party members only—those in the elite—about half belonged to private-sector-oriented classes.

In other words, the CCP still draws a majority of its members from the “old” social groups, but its richest members largely come from the “new” social classes. They are increasingly pulling away from the rest of the party. And for these elite members, CCP membership seems to be particularly lucrative: after controlling for all relevant variables, we have found that CCP membership is associated with a statistically significant income gain only for those with large private-sector holdings. Either those CCP members who are politically powerful decide to move into the private sector, or more likely, those who have become rich independently find it useful to reinforce their economic power through membership in the party. In this manner, economic and political power coincide to form an elite that holds the levers of both realms.

I have argued elsewhere that corruption is immanent to systems of political capitalism. At the same time, however, corruption threatens these systems’ legitimacy, because they base their appeal on delivering prosperity with reasonably equitable outcomes for all. For this reason, all such countries can be expected to embrace, from time to time, anticorruption drives—if their leaders have the political latitude to do so.

The contrast between China and Russia is instructive in this respect. An apolitical anticorruption campaign vaulted Alexei Navalny to prominence as the most serious opponent Russian President Vladimir Putin has yet faced. Clearly an anticorruption drive would be popular in Russia—but Putin, unlike Xi, cannot initiate one, for fear that it would upset a precarious equilibrium among oligarchs. Xi is in a more advantageous position, thanks to the control he exerts over the CCP, which has historically managed the country. Political expedience may motivate some of Xi’s actions, but there is little doubt that the larger anticorruption campaign was real, because rooting out corruption ultimately benefits him by assuring the public of the legitimacy of the system and the economic arrangements it entails.

Yet future anticorruption campaigns may face a more formidable obstacle. Political and economic power are merging to create a hybrid politico-economic elite that will be difficult to dislodge once it is entrenched. That elite will have little interest in limiting corruption, let alone in supporting anticorruption campaigns. Therein lies the contradiction within efforts to curb corruption in a single-party system. Strong development of the private sector, as in China, produces new social classes. To co-opt them, the government invites their political participation through party membership. But they then become an upper class with both political and economic power, separated from the rest of society and likewise from the bulk of CCP membership. How can the power of such an elite be controlled? Absent elections, only by an independent center above it. The case is thus made for an ultimate power, residing in a narrow circle of top CCP and government officials who are faithful to their backgrounds. This autocratic power can bridle the elite’s immoderate pursuit of financial gain and, perhaps, even its decadence. China is left with a choice between two visions: oligarchy or autocracy.

The End of the Netanyahu Era 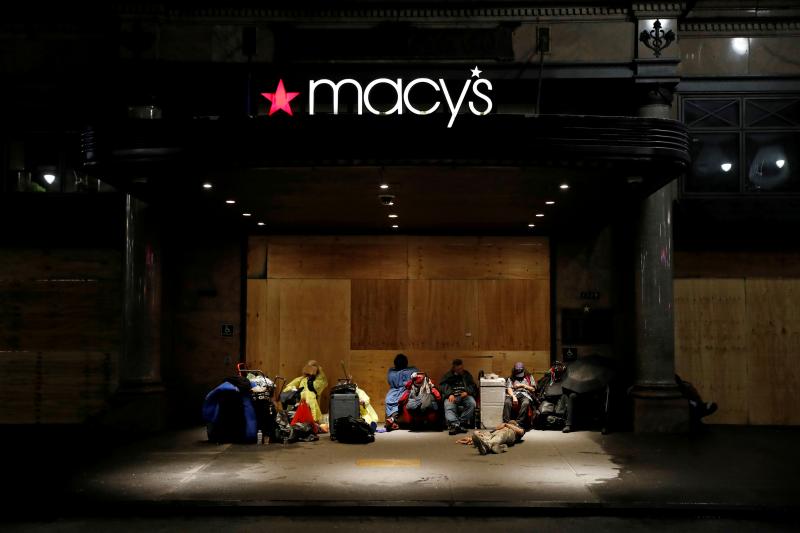 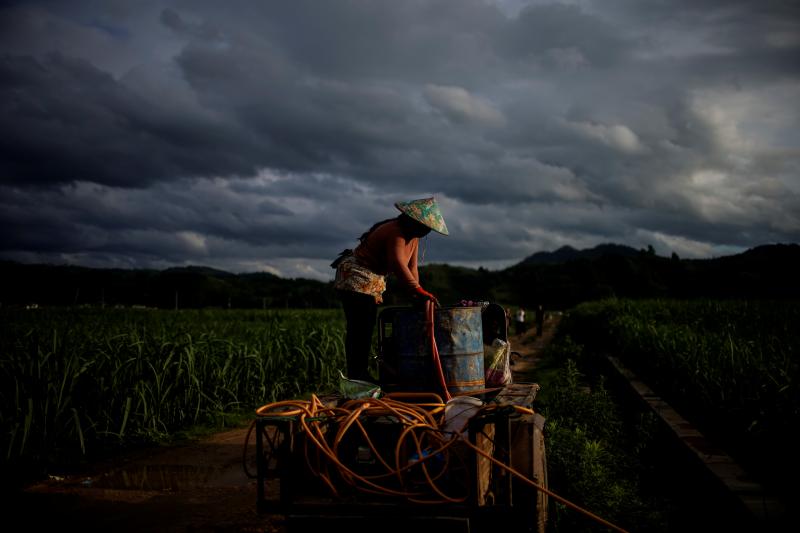