Nearly every week, the international news media reports on the Chinese government’s troubling use of technology to spy on its own citizens and those of other countries. China’s tech giants, Foreign Policy reported late last year, work hand in glove with the country’s spy agencies. The Guardian suggested in December that a Chinese state-owned phone operator spies on American users.

Surveillance is a fact of life for Chinese citizens and, increasingly, for those who live in countries that have adopted Chinese surveillance technology, from Ecuador to Kyrgyzstan. Even more worrisome, this ecosystem of Chinese-based technologies carries with it a set of values that undergirds the Chinese state—a form of twenty-first-century authoritarianism that marries social control and efficiency.

The United States has kneecapped Chinese technology giants in the name of national security and human rights. But the United States and its tech companies also have a checkered history with the very ideals they claim to uphold. To prevent China’s techno-authoritarianism from gaining traction, the United States must reverse course and start leading by example: it must reform its own surveillance practices, protect citizens’ privacy and security, and work with allies to set rights-respecting global standards for tech firms to follow.

China’s domestic police agencies collect an extraordinary amount of data about people in order to monitor their activities and identify troublemakers. The state’s surveillance is particularly suffocating in Xinjiang, where the authorities use mobile apps, biometric collection, artificial intelligence, and big data, among other means, to control 13 million Turkic Muslims.

The mass surveillance programs in Xinjiang are China’s most visible and intrusive, but they are just one end of a spectrum. Chinese authorities use technology to control the population all over the country in subtler but still powerful ways. The central bank is adopting digital currency, which will allow Beijing to surveil—and control—people’s financial transactions. China is building so-called safe cities, which integrate data from intrusive surveillance systems to predict and prevent everything from fires to natural disasters and political dissent. The government believes that these intrusions, together with administrative actions, such as denying blacklisted people access to services, will nudge people toward “positive behaviors,” including greater compliance with government policies and healthy habits such as exercising.

The United States and its tech companies also have a checkered history with the very ideals they claim to uphold.

Beijing’s technological ambitions are not just directly coercive, however. The Chinese government also hopes to harness its vast surveillance power to the larger ideological project of the state, which combines authoritarianism with practical efficiency to meet the needs of the country’s vast populace. Ubiquitous monitoring allows Beijing to control its enormous bureaucracy, which is rife with local corruption and abuses of power. “The mountains are high and the emperor is far away” has long been a mantra for Chinese officials and citizens dealing with central government edicts. But that relationship is changing. In 2019, the government required cadres to download the “Study Xi, Strong Nation” app, which made them study Xi Jinping Thought, answer quizzes, and compete in their understanding of official policies. President Xi’s signature poverty alleviation campaign not only tasks cadres with collecting detailed personal information on poor people—including their income, disabilities, and bank account numbers, and the reasons for their poverty—but also collects cadres’ GPS locations to ensure that they are diligently carrying out their responsibilities.

The Chinese government hopes that technology will help it cement its chillingly innovative form of government—one that meets the material needs of its populace and engineers a loyal, responsive bureaucracy even while bypassing such pesky intermediaries as competitive elections, a free press, and an independent judiciary.

The emerging Chinese technological ecosystem is both functional and affordable. Huawei’s 5G has captured many Western governments’ attention, and Beijing’s Baidu navigation system now prevails over the U.S. version, GPS, in more than 160 countries. China is pushing governments to adopt its National Transportation Logistics Platform, an international logistics system designed to integrate road, sea, air, freight, and postal information that is controlled by China’s Ministry of Transport. Chinese applications are also spreading fast. TikTok has gone global, Alibaba is making inroads in Southeast Asia, and Tencent’s WeChat is embedded in the Chinese diaspora’s digital life. China’s model of Internet “sovereignty,” by which the state delimits and controls the Internet within its borders, has inspired governments from Egypt to Thailand.

The Chinese state owns some of these companies. Others are private companies based in China that are highly susceptible to the Chinese government’s pressure, censorship, and surveillance. Because China lacks the rule of law and a free press, there is no easy way to obtain information from these companies or hold them accountable for abuses. In other words, the values of Beijing’s brand of authoritarianism permeate its technosphere. Consistent with the government’s so-called win-win diplomacy, recipient countries receive systems that promise control and efficiency. In return, China gains influence and data.

The United States has attempted to counterpose its own technological ecosystem to China’s, portraying the competition between the two as one between good and evil. The administration of former U.S. President Donald Trump, for instance, created the so-called Clean Network program, purportedly to protect American users from the prying eyes of “malign actors” such as the Chinese state. The program seeks to identify “untrusted” apps from China and route Internet traffic and data storage away from “untrusted” Chinese carriers, cables, and clouds. U.S. companies, meanwhile, pose as defenders of online security and democratic values.

To much of the rest of the world, however, this competition is little more than evil versus evil. The U.S. government has also practiced mass surveillance; big U.S. technology companies have adopted a surveillance-based business model, exploiting people’s data in the name of free service; and the Five Eyes, an intelligence coalition comprised of the United States and Australia, Canada, New Zealand, and the United Kingdom, has sought to undermine encryption by pressuring companies to give governments backdoor access to all digital communications. In this dismal global race to the digital bottom, the biggest losers are ordinary technology users all over the world.

This contest between the United States and China is not simply a competition of technological prowess, as many analysts argue, but a battle over values. A convincing democratic alternative to the Chinese government’s model should require technological developments to meet human rights standards, protect privacy, and foster public interest and civic participation.

Washington can supply a genuine alternative to the encroachment of Chinese techno-authoritarianism, but only if it first gets its own house in order. The United States should reform its national security surveillance laws and regulate how American companies can collect, analyze, and share personal data. Washington should better protect biometric data—for example, it should consider banning law enforcement from using facial recognition and strictly regulate the collection of sensitive personal information, including DNA, by the country’s tech giants. It should also explore ways to allow people to shape and control the use of their data. At the same time, U.S. policymakers should consider escalating actions against companies that contribute to China’s mass surveillance state. The Global Magnitsky Act sanctions, which allow U.S. policymakers to sanction companies that abuse human rights, could be useful in this regard and could help delay the realization of China’s Orwellian ambitions.

To enact long-term solutions to the problem of techno-authoritarianism, Washington can’t go it alone. The United States should work with like-minded governments in various technical standard-setting bodies such as the International Telecommunication Union, which sets 5G standards. These governments, along with those that join new initiatives to create democratic technology alliances, should reject attempts to regulate based on vaguely formulated notions of “ethics.” For instance, the Organization for Economic Cooperation and Development published hazy principles to guide the use of artificial intelligence, such as “autonomy,” “diversity,” and “fairness.” Instead, the United States and like-minded governments should push for legally binding rules and other regulatory interventions that holds tech companies accountable to human rights standards, such as mandatory due diligence checks.

Washington should work with its allies to ensure that people in China and around the world have access to an Internet that is free from censorship and surveillance—an alternative to China’s Digital Silk Road initiative. A democratic substitute for Huawei’s 5G should not be just any 5G company based in a democracy but one that meets human rights standards itself.

Washington and its allies should think ambitiously about how technology can reinvigorate democracies. For instance, they might invest in developing digital public squares—forums for public interaction and collaboration outside big tech’s social media platforms, which sow division and enable disinformation in pursuit of profits. The United States can take a page from Taiwan and Barcelona, where technology is augmenting civic participation and democratic governance and may help craft a truly democratic techno-political system.

The U.S.-Chinese competition over technology could shape the future. If Washington is serious about protecting privacy and promoting human rights, it should seize the initiative from China by upholding these standards for everyone who uses U.S. technology, domestically and around the world. 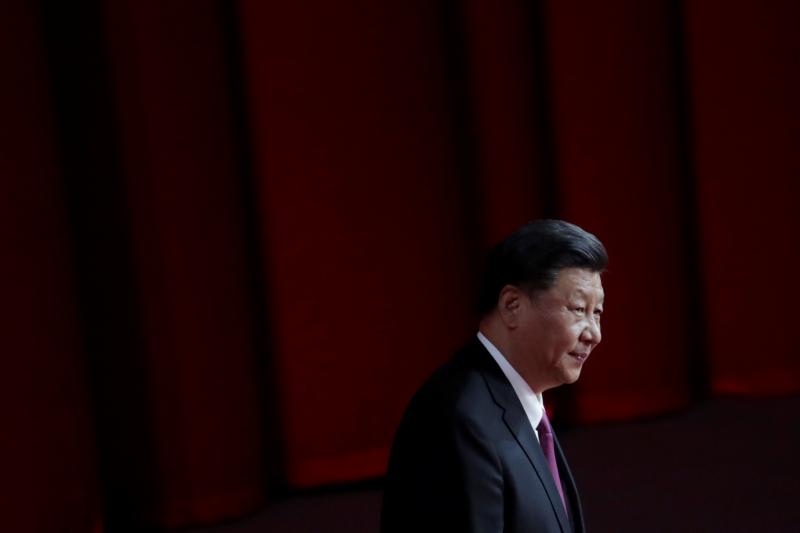 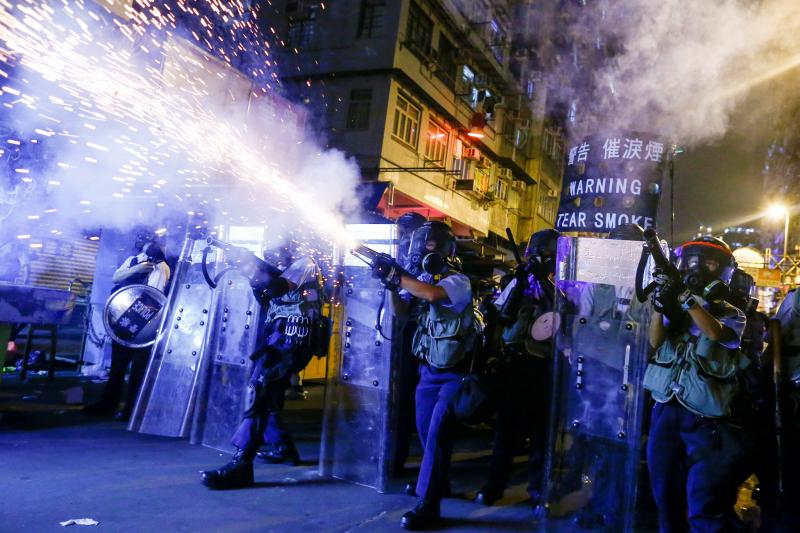