It is distressing and dangerous, therefore, that a fast-growing consensus is emerging in Washington that views the U.S.-Chinese relationship as a zero-sum economic and military struggle. The prevalence of this view will create a political environment in which the cooperation that the world desperately needs will be increasingly difficult to achieve.

It is quite remarkable how quickly conventional wisdom on this issue has changed. Just over two decades ago, in September 2000, corporate America and the leadership of both political parties strongly supported granting China “permanent normal trade relations” status, or PNTR. At that time, the U.S. Chamber of Commerce, the National Association of Manufacturers, the corporate media, and virtually every establishment foreign policy pundit in Washington insisted that PNTR was necessary to keep U.S. companies competitive by giving them access to China’s growing market, and that the liberalization of China’s economy would be accompanied by the liberalization of China’s government with regard to democracy and human rights.

This position was seen as obviously and unassailably correct. Granting PNTR, the economist Nicholas Lardy of the centrist Brookings Institution argued in the spring of 2000, would “provide an important boost to China’s leadership, that is taking significant economic and political risks in order to meet the demands of the international community for substantial additional economic reforms.” The denial of PNTR, on the other hand, “would mean that U.S. companies would not benefit from the most important commitments China has made to become a member” of the World Trade Organization (WTO). Writing around the same time, the political scientist Norman Ornstein of the conservative American Enterprise Institute put it more bluntly. “American trade with China is a good thing, for America and for the expansion of freedom in China,” he asserted. “That seems, or should seem, obvious.”

Well, it wasn’t obvious to me, which is why I helped lead the opposition to that disastrous trade agreement. What I knew then, and what many working people knew, was that allowing American companies to move to China and hire workers there at starvation wages would spur a race to the bottom, resulting in the loss of good-paying union jobs in the United States and lower wages for American workers. And that’s exactly what happened. In the roughly two decades that followed, around two million American jobs were lost, more than 40,000 factories shut down, and American workers experienced wage stagnation—even while corporations made billions and executives were richly rewarded. In 2016, Donald Trump won the presidential election in part by campaigning against U.S. trade policies, tapping into the real economic struggles of many voters with his phony and divisive populism.

Meanwhile, needless to say, freedom, democracy, and human rights in China have not expanded. They have been severely curtailed as China has moved in a more authoritarian direction, and China has become increasingly aggressive on the global stage. The pendulum of conventional wisdom in Washington has now swung from being far too optimistic about the opportunities presented by unfettered trade with China to being far too hawkish about the threats posed by the richer, stronger, more authoritarian China that has been one result of that increased trade.

In February 2020, the Brookings analyst Bruce Jones wrote that “China’s rise—to the position of the world’s second-largest economy, its largest energy consumer, and its number two defense spender—has unsettled global affairs” and that mobilizing “to confront the new realities of great power rivalry is the challenge for American statecraft in the period ahead.” A few months ago, my conservative colleague Senator Tom Cotton, Republican of Arkansas, compared the threat from China to the one posed by the Soviet Union during the Cold War: “Once again, America confronts a powerful totalitarian adversary that seeks to dominate Eurasia and remake the world order,” he argued. And just as Washington reorganized the U.S. national security architecture after World War II to prepare for conflict with Moscow, Cotton wrote, “today, America’s long-term economic, industrial, and technological efforts need to be updated to reflect the growing threat posed by Communist China.” And just last month, Kurt Campbell, the U.S. National Security Council’s top Asia policy official, said that “the period that was broadly described as engagement [with China] has come to an end” and that going forward, “the dominant paradigm is going to be competition.”

Twenty years ago, the American economic and political establishment was wrong about China. Today, the consensus view has changed, but it is once again wrong. Now, instead of extolling the virtues of free trade and openness toward China, the establishment beats the drums for a new Cold War, casting China as an existential threat to the United States. We are already hearing politicians and representatives of the military-industrial complex using this as the latest pretext for larger and larger defense budgets.

I believe it is important to challenge this new consensus—just as it was important to challenge the old one. The Chinese government is surely guilty of many policies and practices that I oppose and that all Americans should oppose: the theft of technology, the suppression of workers’ rights and the press, the repression taking place in Tibet and Hong Kong, Beijing’s threatening behavior toward Taiwan, and the Chinese government’s atrocious policies toward the Uyghur people. The United States should also be concerned about China’s aggressive global ambitions. The United States should continue to press these issues in bilateral talks with the Chinese government and in multilateral institutions such as the UN Human Rights Council. That approach would be far more credible and effective if the United States upholds a consistent position on human rights toward its own allies and partners.

Americans must resist the temptation to try to forge national unity through hostility and fear.

Organizing our foreign policy around a zero-sum global confrontation with China, however, will fail to produce better Chinese behavior and be politically dangerous and strategically counterproductive. The rush to confront China has a very recent precedent: the global “war on terror.” In the wake of the 9/11 attacks, the American political establishment quickly concluded that antiterrorism had to become the overriding focus of U.S. foreign policy. Almost two decades and $6 trillion later, it’s become clear that national unity was exploited to launch a series of endless wars that proved enormously costly in human, economic, and strategic terms and that gave rise to xenophobia and bigotry in U.S. politics—the brunt of it borne by American Muslim and Arab communities. It is no surprise that today, in a climate of relentless fearmongering about China, the country is experiencing an increase in anti-Asian hate crimes. Right now, the United States is more divided than it has been in recent history. But the experience of the last two decades should have shown us that Americans must resist the temptation to try to forge national unity through hostility and fear.

The administration of U.S. President Joe Biden has rightly recognized the rise of authoritarianism as a major threat to democracy. The primary conflict between democracy and authoritarianism, however, is taking place not between countries but within them—including in the United States. And if democracy is going to win out, it will do so not on a traditional battlefield but by demonstrating that democracy can actually deliver a better quality of life for people than authoritarianism can. That is why we must revitalize American democracy, restoring people’s faith in government by addressing the long-neglected needs of working families. We must create millions of good-paying jobs rebuilding our crumbling infrastructure and combating climate change. We must address the crises we face in health care, housing, education, criminal justice, immigration, and so many other areas. We must do this not only because it will make us more competitive with China or any other country but because it will better serve the needs of the American people.

Although the primary concern of the U.S. government is the security and prosperity of the American people, we should also recognize that in our deeply interconnected world, our security and prosperity are connected to people everywhere. To that end, it is in our interest to work with other wealthy nations to raise living standards around the world and diminish the grotesque economic inequality that authoritarian forces everywhere exploit to build their own political power and undermine democracy.

The Biden administration has pushed for a global minimum corporate tax. This is a good step toward ending the race to the bottom. But we must think even bigger: a global minimum wage, which would strengthen the rights of workers around the world, providing millions more with the chance for a decent, dignified life and diminishing the ability of multinational corporations to exploit the world’s neediest populations. To help poor countries raise their living standards as they integrate into the global economy, the United States and other rich countries should significantly increase their investments in sustainable development.

For the American people to thrive, others around the world need to believe that the United States is their ally and that their successes are our successes. Biden is doing exactly the right thing by providing $4 billion in support for the global vaccine initiative known as COVAX, by sharing 500 million vaccine doses with the world, and by backing a WTO intellectual property waiver that would enable poorer countries to produce vaccines themselves. China deserves acknowledgment for the steps it has taken to provide vaccines, but the United States can do even more. When people around the world see the American flag, it should be attached to packages of lifesaving aid, not drones and bombs.

Creating true security and prosperity for working people in the United States and China alike demands building a more equitable global system that prioritizes human needs over corporate greed and militarism. In the United States, handing billions more in taxpayer dollars to corporations and the Pentagon while inflaming bigotry will not serve these goals.

Americans must not be naive about China’s repression, disregard for human rights, and global ambitions. I strongly believe that the American people have an interest in strengthening global norms that respect the rights and dignity of all people—in the United States, in China, and around the world. I fear, however, that the growing bipartisan push for a confrontation with China will set back those goals and risks empowering authoritarian, ultranationalistic forces in both countries. It will also deflect attention from the shared common interests the two countries have in combating truly existential threats such as climate change, pandemics, and the destruction that a nuclear war would bring.

Developing a mutually beneficial relationship with China will not be easy. But we can do better than a new Cold War. 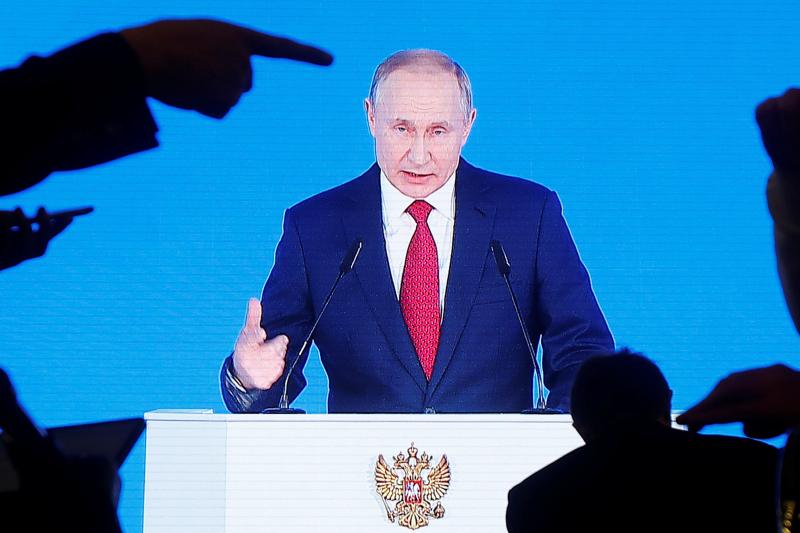 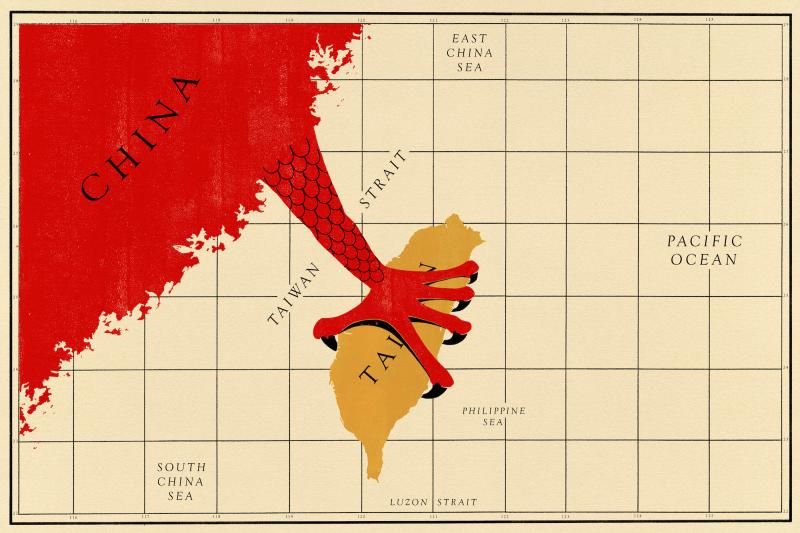