Over 100,000 Indian and Chinese troops are preparing to spend another brutal winter confronting each other at high altitudes along the Indian-Chinese border. A year and a half after Chinese soldiers seized territory on the boundary, preventing Indian patrols from going where they had gone for years, both sides have increased military deployments, accelerated the construction of permanent infrastructure throughout the Himalayas, and asserted control over disputed areas. There are credible reports of China building new villages in territory India considers its own. After 13 rounds of military commander talks, there is little sign that the standoff will end.

It remains a matter of speculation as to why China decided to enter and occupy areas across the Line of Actual Control (LAC), breaking protocols worked out since the 1980s and violating the Border Peace and Tranquility Agreement of 1993. What is clear is that Beijing’s decisions must have been made at the highest levels for political and strategic, not just tactical, reasons. China’s military moved on a large scale and at multiple points simultaneously. The country has framed its actions as a sovereignty issue in official statements and in its new land border law, passed in autumn 2021. This makes the dispute harder to settle. China previously described the boundary disagreement as a product of history, leaving room for give, take, and negotiation. Sovereignty, by contrast, is sacred and inviolable.

China’s hardened stance has changed Indian attitudes. Beijing’s actions on the border have alienated Indian public opinion, and New Delhi has been driven into self-strengthening and counterbalancing actions against China. The country is tightening military and security links with Washington, and as part of the Quadrilateral Security Dialogue, it is working with Australia, Japan, and the United States to take a much more active role in maritime Asia. It is fast-tracking trade negotiations with Australia, the European Union, and the United Kingdom. The prospects of a negotiated solution between India and China have clearly receded, and the countries’ relations will be more antagonistic for some time to come.

Yet it could be dangerous for India and China to let tensions over the border lead to a permanent marked deterioration in the bilateral relationship. Such an outcome raises the risk of military conflict between the world’s two largest countries. Even rising tensions alone could threaten the states’ shared interests. Though they confront each other on the border, India and China have complex ties that require stronger communication—and cooperation. China became India’s top trading partner again in 2020, the same year as the clashes, and Indian-Chinese trade in 2021 has already broken previous records. The two countries share an interest in fighting climate change, combating terrorism, and promoting energy security. Much like the United States and China, India and China must find ways to manage their competition so they can work together when needed.

Indian-Chinese relations will be more antagonistic for some time to come.

This will require that India and China start a serious dialogue about bilateral issues and seek a new strategic framework for the relationship—one that can both contain tensions and allow the two sides to find common ground on international issues such as climate change. But for New Delhi, that dialogue must be accompanied by restored deterrence on the border, with new measures that can make Beijing pay for future incursions. Otherwise, the risk of escalating tensions and even outright military conflict between two nuclear powers will become unacceptably high.

The Republic of India and the People’s Republic of China have long had a fraught relationship. In the 1950s, the two newly postcolonial countries attempted to cooperate, but the boundary dispute, friction involving Tibet, and China’s internal politics led to a brief war in 1962. Ties remained frosty after the conflict, and the countries found themselves on opposite sides of the later Cold War in Asia—India close to the Soviet Union, China close to the United States. They followed differing internal political trajectories: one a democracy, the other a communist autocracy.

The end of the Cold War and reforms in both countries saw India and China enter into agreements to stabilize the status quo on the border and, with it, the Indian-Chinese relationship. But beginning in the second decade of this century, the People’s Liberation Army began to make increasingly assertive moves. In 2013, for example, PLA troops crossed the Line of Actual Control in Depsang and set up tents before agreeing to withdraw after two and a half weeks. The next year, in Chumar, Indian soldiers blocked Chinese construction workers from building a road into territory controlled by India. In 2017, Beijing again attempted to construct a road and occupy foreign territory, this time in Bhutan’s Doklam plateau, before India intervened. (India has security commitments to Bhutan.) After a 72-day standoff, both sides withdrew from the face-off point, but China has since occupied large parts of the plateau. And then on June 15, 2020, Chinese and Indian forces clashed in the disputed Galwan River valley, resulting in the deaths of at least 20 Indian soldiers and at least four Chinese ones. It was the first lethal conflict between the two nations in 45 years. The clashes in 2020 make it clear that deterrence has now broken down. The entire boundary between India and China is live.

The border standoff has greatly complicated relations between the states. The Indian government has made it clear that peace and tranquility on the border are essential conditions for the relationship to move forward, and it has sought to restore the pre-2020 status quo. China, on the other hand, has argued that India should move on, proposing buffer zones and other forms of disengagement that would leave China with the gains it made last year, the sort of “two steps forward, one step back” approach that Beijing has used to its advantage in the South China Sea. India has stood its ground, and it would be risky for the country to now give in. Widely available satellite imagery makes significant changes in control and military deployments on the border clear to the public. Conceding territory in the manner China demands could embolden Beijing—resulting in future land grabs.

But that does not mean the present situation is stable or acceptable. Now that the border is live all along its length, India and China face a military dilemma that could incentivize escalation. To defend the entire LAC, New Delhi and Beijing must each guarantee that their armed forces are stronger than the opponent’s at every point. This is virtually impossible. But the side looking to change the status quo has to be stronger only where it seeks change, meaning that even defense could require counterattacks. This can prompt either state to engage in aggressive posturing, which could trigger miscalculations and further clashes.

There are some similarities between the Indian-Chinese relationship and the ties between China and another country: the United States. Both include elements of cooperation and shared interests alongside fraught security issues. Both states need to collaborate but also experience rising and dangerous competition. And it is still unclear whether India and the United States can work with China to devise frameworks or guardrails that would prevent their relations from going off-track.

India and China, for their part, could begin stabilizing ties by establishing crisis management mechanisms to deal with unforeseen incidents on the border. New Delhi and Beijing need to improve communication, including by engaging in a high-level bilateral strategic dialogue to identify each other’s core interests, determine which are complementary and which are in conflict, and then decide how to manage their relationship. Such a process would not immediately restore trust between India and China, now a scarce commodity. But it could solidify the uneasy calm and prevent a slide into conflict.

There are similarities between the Indian-Chinese relationship and the ties between China and the U.S.

Bilateral diplomacy, however, isn’t everything. Experience shows that unless mutual understanding is based on a supportive balance of power, it is unlikely to last or work. The modus vivendi of the 1980s was arrived at when the two countries were at similar levels of economic development, technological sophistication, and integration into the world economy. This does not mean that the border situation won’t improve until India bridges the gap in comprehensive national power with China. Instead, New Delhi should raise the costs of attempts to change the status quo so that they outweigh any potential benefits.

But even with more effective deterrence, improving relations will be hard. The governments in India and China have shown restraint in their public statements, yet security commentators and social media users in both countries have steadily become more belligerent. After an initial eight months of silence, Chinese state propagandists are now claiming victory in the clashes and using them to bolster the PLA and Chinese Communist Party’s images at home. Externally, both states have indicated a desire to lower the level of confrontation, but there is little sign that they agree on how to do so. Trade between the states remains strong, yet communication between the two countries, once robust, is now mostly desultory meetings between officials and foreign ministers. Uncertainty in the relationship and the risk of miscalculation on the border remain high.

Both Beijing and New Delhi have other preoccupations and should not want to be locked in conflict. China today faces disputes along much of its periphery, not just with India. And India wants to transform itself into a modern, prosperous, and secure country, something that fighting with Beijing distracts from and delays. To avoid getting sidetracked, New Delhi will need to develop a grand strategy that addresses an increasingly assertive and nationalist China, not just on the border but across political and economic issues. And for the foreseeable future, both states will have to prepare themselves for a combination of engagement and competition. 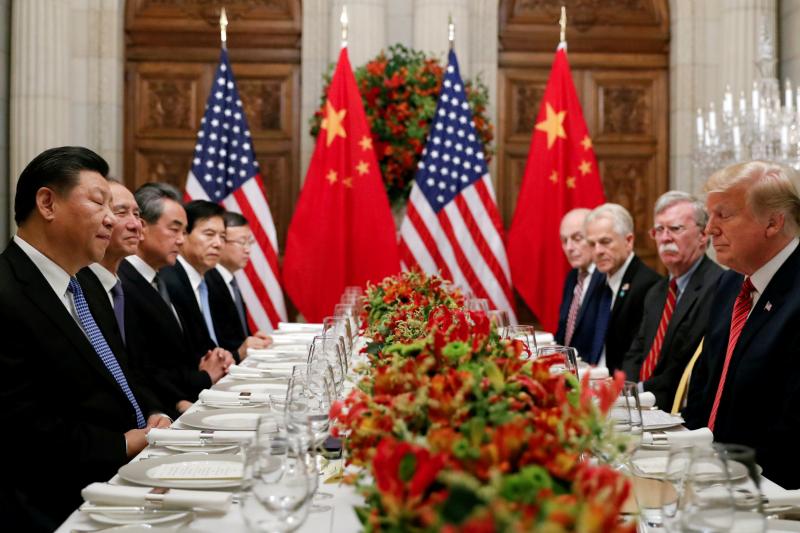 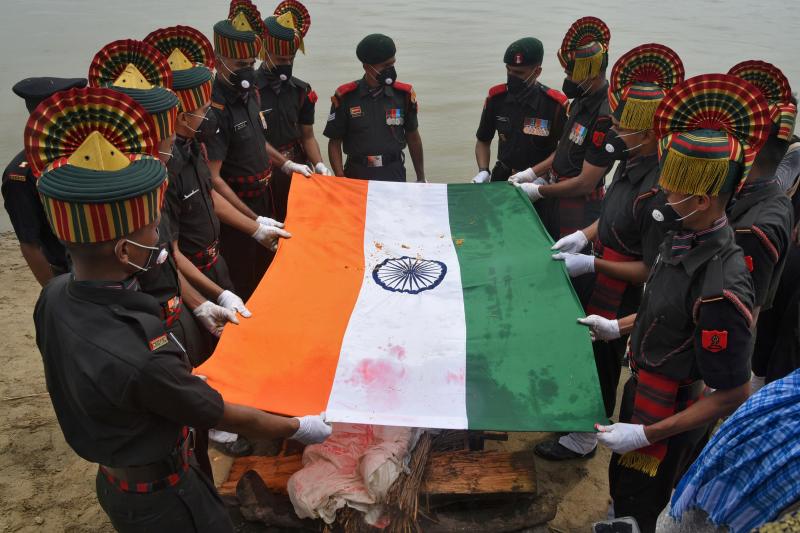