Mario Draghi became president of the European Central Bank (ECB) when the financial crisis had reached its depth. At the time, he promised to do “whatever it took” to safeguard the euro from collapse. Eight years later, Draghi has come to the end of his tenure, which by most measures can be judged a success. He stabilized European financial markets and expanded the bank’s monetary policy toolkit. Even Draghi’s critics admit that he managed better than anyone imagined.

At the very end of his mandate, however, Draghi made his most controversial move to date. In September, he announced that the ECB would relax its existing policy instruments and inject 20 billion euros every month into the eurozone in the form of new asset purchases. The mix of policies, Draghi claimed, would continue as long as necessary to shore up the flagging eurozone economies. He argued that it would restore confidence in the market and ensure that banks provide credit for investment in the private sector. Critics responded that by loosening the purse strings, Draghi would lower the profitability of European banking, support firms that may never climb out of debt, and encourage governments to borrow money that they may not be able to repay.

Draghi’s move was strategically timed. As head of the ECB, he had control of European monetary policy—setting interest rates, printing money, and establishing lending guidelines for banks—but not fiscal policy, such as levying taxes and tariffs. He may have thought that by loosening monetary policy at the end of his term, he was creating time and space for his successor, the former managing director of the International Monetary Fund (IMF), Christine Lagarde, to collaborate with the eurozone’s finance ministers in order to relax the fiscal reins.

If so, Draghi miscalculated. The strong case for fiscal stimulus (that is, for lowering tax rates and increasing government spending) has been drowned out by the debate about monetary policy. Instead of asking whether national governments are doing enough to stimulate Europe’s economy, many top policymakers are asking why the ECB is doing so much. And the bank’s Governing Council, for its part, remains deeply divided over what the ECB can and should be doing.

Now Lagarde will have to contend with the internally divided bank and the possibly recalcitrant finance ministers of the eurozone. She brings a different skill set to the job than her predecessor did. She is a lawyer and not an economist. While she has impressive experience both as French minister of finance and as head of the IMF, Lagarde is better known for her command of fiscal, not monetary, policy. This expertise will help her in negotiations with the eurozone’s finance ministers. At the same time, however, her relative newness to the world of central banking may expose her to skepticism from her own Governing Council.

There is no institution truly comparable to the ECB. Unlike a typical central bank, such as the Bank of England, which has direct relationships with private banks, the ECB works through the central banks of those countries that have adopted the euro as a common currency. The heads of those central banks form the Governing Council of the ECB, and together they make decisions about how to set interest rates, manage inflation, and promote financial stability. The ECB’s president is responsible for guiding these deliberations. The president is also in charge of communicating the work of the Governing Council to the public and fielding questions from journalists.

Alone among the institutions of the European Union, the ECB sets policy for the whole of the eurozone. Doing so can be a complicated task. European governments still shape their own domestic fiscal policies. Rather than collaborate with a single finance minister, as most central bank governors do, the ECB must work with 19—one for every country inside the eurozone—to ensure that each country’s fiscal policy is consonant with the bank’s monetary policy.

There is no institution truly comparable to the ECB.

What is more, the ECB has to make sure that the monetary policy the Governing Council sets in Frankfurt gets transmitted through financial markets to every participating country’s economy. A company should be able to borrow money at the same rate in either Munich or Milan. When that does not happen—as occurred when European debt holders decided to cut their exposure to Italy and Spain in 2011 by selling their shares of both countries’ sovereign debt—then the ECB has an obligation to keep the banks in those countries that investors try to abandon connected to the rest of the European economy.

The ECB faces a risk that other central banks do not face, because participating national governments can opt out of the euro as a common currency. So far, no country has done so: governments in the eurozone have made a solemn commitment to the euro, and public opinion polling shows that the currency is very popular, even if the ECB itself is not. Plus, the cost of leaving the eurozone would be ruinous. But governments change and so does public opinion. In the darkest phase of the Greek financial crisis in 2015, there was a serious conversation in Germany about whether Greece should be asked to leave the euro, even if only on a temporary basis. It is hard to imagine such a conversation taking place in New York about Michigan leaving the dollar.

Like central banks everywhere, the ECB was once an opaque and rather mysterious financial institution. The ECB’s first president, Wim Duisenberg, surprised the markets by lowering interest rates in April 1999. He was openly proud of that achievement. Now central banks everywhere—including the ECB—are more careful to signal policy changes well in advance.

At his last press conference as president, Draghi acknowledged that good monetary policy has to be both public and popular. He encouraged the ECB and its national counterparts to “strive for transparency.” Such openness, he explained, would not only influence the markets but also protect the autonomy of central bankers, because “the independence of a central bank is . . . based on the support that it enjoys.”

Lagarde will continue to emphasize transparency. In her confirmation hearings before the European Parliament, Lagarde underscored that “the effectiveness of monetary policy can be enhanced by appropriate national and European policies, and by the trust of the public.” She also stressed that one of the “priorities of [her] presidency . . . will be to reinforce that bridge with the public.”

Draghi encouraged the ECB and its national counterparts to “strive for transparency.”

She certainly has the skills to accomplish this objective. At the IMF, Lagarde brought gender and income inequality into the discussion of macroeconomic policymaking and, in doing so, oversaw a fundamental change in how the IMF thinks and also how it is perceived. If she can bring discipline and transparency to central bank communications in the eurozone, she may be able to raise confidence in the ECB—particularly in countries such as France, Italy, and Spain, where public opinion polls suggest that it is most lagging.

At the same time, Lagarde will need to bring along those policymakers and politicians in Germany and elsewhere who have dissented most forcefully from Draghi’s style of leadership. The German economist Isabel Schnabel was recently nominated for a position on the bank’s Executive Board, where her presence may create an opening. Schnabel is well known among economists for her willingness to engage in public debates about central banking and monetary policy. More important, she was not on the Governing Council and so also not involved in the very public divisions that erupted during Draghi’s presidency.

Her nomination provides Lagarde the opportunity to build a bridge between the ECB and the German economic policy community. If Lagarde and Schnabel can forge a shared vision for how the ECB should operate, then they will go a long way toward healing the divisions on the Governing Council.

Draghi is widely respected in the tight-knit world of central bankers for his savvy and expertise. His leadership during the eurozone’s financial meltdown made him more popular with the public than his predecessors ever were. Even nonspecialists recognize that Draghi—more than any other European policymaker—was the one who pulled Europe back from the brink of crisis.

But Draghi’s actions in the past months have reopened old wounds and reignited debates about monetary policy. From the beginning of his tenure, the stronger economies in Europe opposed his efforts to loosen monetary policy with large-scale asset purchases because they worried that this would only encourage governments on the periphery of the eurozone to borrow excessively at low rates of interest and so live beyond their means.

His decision to double down on these measures in September caused that opposition to resurface and grow. At the height of the crisis in 2011 and 2012, Germany was the most vocal opponent of direct asset purchases. Now the chorus has broadened: the French participants on the Governing Council have registered their disapproval of the measures. After months of negotiation, Draghi was able to overcome French and German opposition, but only at a cost to the credibility and standing of the bank.

Such is the burden that now falls on Lagarde’s shoulders. In order to make progress on a pro-stimulus agenda, Lagarde must first heal the divisions within the Governing Council. But any time spent arguing within the Governing Council is time not spent making the case to European finance ministers about what they should be doing—namely, cutting taxes and spending money to promote growth. Both Draghi and Lagarde have made clear that the real policy battle is on the fiscal side. But to win this battle, the ECB president must win over the eurozone’s finance ministers, reconciling the interests of economies as different as those of Germany and Greece—a feat easier said than done.

The current debate about monetary policy may ultimately distract from Lagarde’s efforts to increase the ECB’s transparency and outreach. What is more, it may prevent Lagarde from persuading national governments to use fiscal policy in order to strengthen the European economy. The ECB is already pumping at all cylinders. Now it is time for national governments—and not the ECB—to do the heavy lifting. Lagarde’s priority is to convince European finance ministers to take the lead. 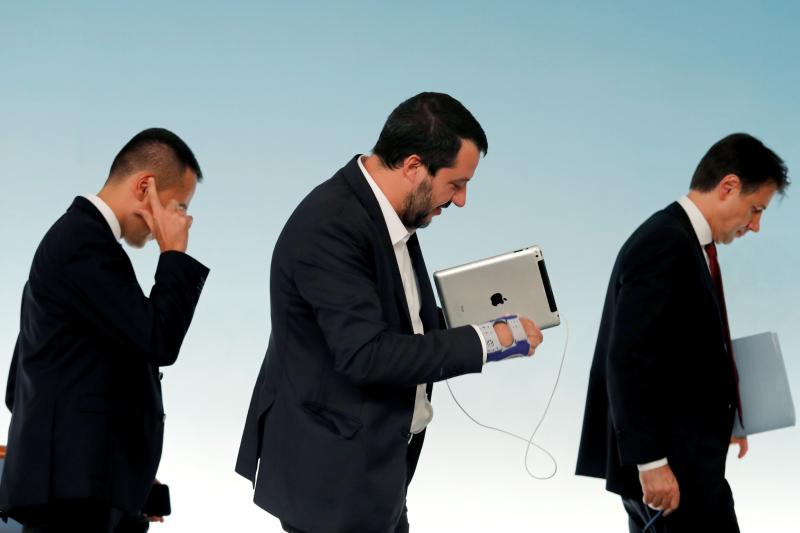 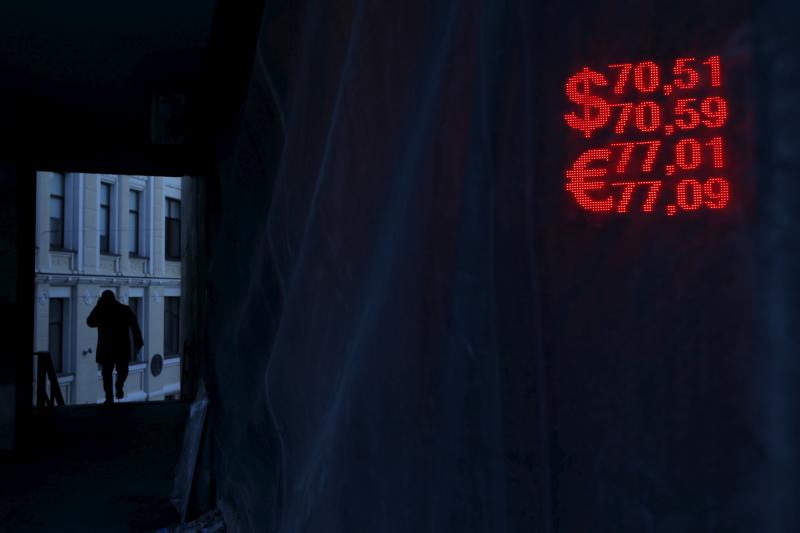