How to Reconcile Free Trade, Patriotism, and Inclusivity

Countries everywhere face daunting socioeconomic challenges. Inequality is rising. Cohesion is weakening as societies undergo identity crises. And as demonstrations from Santiago to Paris to Beirut show, trust in government is in decline.

In their search for culprits, many voters and politicians blame trade, technology, and migration. But this leads to a seemingly unsolvable puzzle. If people are increasingly angry; if they think that no good can come from trade, technology, or migration; and if they don’t trust their governments or fellow citizens to provide a solution, then what can be done?

The Nordic countries—Denmark, Finland, Iceland, Norway, and Sweden—show that there is a way. The Nordic model that they have pioneered over decades has a few basic components: a welfare state with free, high-quality education and health care; a “flexicurity” model of employment, which combines flexible hiring and firing with strong social security; and open markets with low tariffs and minimal barriers to trade.

But along with these well-known attributes, the Nordic model has another, less appreciated element: a constructive nationalism. This nationalism is defined not by place of origin or color of skin but by one’s contributions to the well-being of the community. Aided by positive economic trends, this particular mix of elements has made for a social and governance model that reconciles growth and dynamism with equality and social peace. Understood correctly, the Nordic model holds important lessons for the rest of the world.

Thanks to their wealth, low inequality, and well-functioning welfare states, the Nordic countries have long been held up as examples for other industrialized nations. Ideologues have often pointed to a single factor in their success—expansive social support, on one end of the spectrum, and free trade, on the other—and tried to extrapolate from it a label for the entire system. But the model is less about ideology than it is about a core commitment that has brought inclusive and sustainable progress.

In recent years, that commitment has entailed three basic elements—a socioeconomic model, a societal attitude, and pragmatism when it comes to managing macroeconomic and technological trends. The socioeconomic model has three pillars: free universal health care, quality education, and affordable housing. These three pillars are neither random nor contested: they are almost universally recognized, both in the Nordics and by scholars around the world, as the key guarantors of equal access and opportunity. Putting them at the center of public policy is thus of paramount importance.

The socioeconomic model also includes an approach to labor markets known as flexicurity. The term’s contraction of “flexibility” and “security” points to the main advantages of the system for employers and employees. Flexibility means that employers can downsize fast if market circumstances change. Security—provided by government, which uses tax dollars to guarantee unemployment benefits—means that employees can weather such changes. This grand bargain of flexicurity rests on—and bolsters—trust between employers and employees, who by and large have a good, constructive relationship.

The final attribute of the Nordic socioeconomic model is free trade and competition. That policy has allowed Nordic companies and entrepreneurs to compete in global markets while welcoming foreign imports. It has made the Nordic countries some of the most open and competitive economies in the world, by my own organization’s calculation (Sweden and Denmark both made the top ten of the World Economic Forum’s most recent Global Competitiveness Report) and in other rankings (the International Institute for Management Development lists Denmark, Sweden, Norway, and Finland among the world’s top 15).

The Nordic model is less about ideology than it is about a core commitment to inclusive and sustainable progress.

One consequence of this approach to free trade is that the Nordics have seen marked declines in some sectors: Denmark, for example, was once the world’s shipbuilding yard, but has ceded that position to competitors in China, Turkey, and South Korea, who can construct ships at much lower cost thanks to some combination of lower wages and state support. But Denmark’s companies reacted not by calling for tariffs, subsidies, or lower wages for their own employees but instead by specializing and moving up the value chain. Companies that once built whole ships now build engines using highly skilled labor and the latest technology.

Overall, this socioeconomic model—with its strong welfare state, flexible but secure labor market, and openness to trade and technology—has worked for all stakeholders. Workers in the Nordic countries are among the best-educated and best-paid in the world, resulting in a society with very low inequality. Virtually the entire population finishes high school, and most students continue their education either through university or specialized technical colleges. Certain that they will be economically secure, many talented young people choose the technical route, which benefits remaining manufacturing companies.

Workers are also constantly “reskilled” or “upskilled,” with companies providing time off every year for training—ensuring that they have workforces that can sustain their competitiveness. But this also means that laid-off workers are more likely to find new employment: unlike in other industrial countries, they don’t have to look for new work with outdated training or education. Even among manufacturing workers, unemployment today is extremely low and wages remain high.

Companies, for their part, are free to pursue the latest technologies and optimize their workforces to incorporate new production processes. But that has not led to the disappearance of blue-collar work. To the contrary. Volvo, the Swedish car manufacturer owned by the Chinese company Geely Holding, for example, not only kept its head office, product development, marketing, and administration functions at its Gothenburg headquarters but it still produces cars, engines, and components in Sweden. And Saab, despite no longer making cars, maintains 80 percent of its 17,000-strong global workforce in Sweden. It has morphed into a high-tech company, active in aeronautics, surveillance, and a range of related services, upskilling its workers along the way.

The government is a beneficiary of this socioeconomic model as well. Hosting competitive companies and a well-educated and well-paid workforce has allowed the Nordics to reduce their sovereign debt—and even the size of their governments. In Sweden, for example, the national debt-to-GDP ratio fell from 80 percent in 1995 to 41 percent in 2017. And its tax revenue represented 43.4 percent of GDP in 2019, a drop of nearly a full percentage point since 2017. The trends are similar in the other Nordic countries.

The less celebrated part of the Nordic model is its strong but constructive nationalism. Being Danish, Finnish, Norwegian, or Swedish above all means buying into positive social values. Nordic patriotism centers on a commitment to a socioeconomic model that fosters trust among citizens, the private sector, and the government, and incentivizes individuals to make contributions—whether financial or in their choice of career and volunteer work—to the well-being of society at large.

The trust that Nordic citizens have in each other, and the shared national identity underpinning that trust, brings powerful advantages. It allows governments, unions, and businesses to work collaboratively instead of being adversaries. It ensures that governments are held to high standards of integrity and transparency and thus deliver effective services—including world-class health-care systems that are considerably less expensive than those of other developed countries.

Notably, Nordic nationalism has historically allowed for the integration of newcomers. In the early 1990s, for example, Nordic countries welcomed hundreds of thousands of refugees from the Balkans. Earlier waves of immigration produced some of today’s most prominent members of society, such as the Swedish star soccer player Zlatan Ibrahimovic, who was born in Sweden to a Muslim Bosnian father and Catholic Croat mother. And at the peak of the Syrian refugee crisis in 2015, Sweden granted asylum to more people than any other European country, with the exception of Germany.

To be sure, integration has been a challenge with each wave of migrants. And since 2015, Sweden and other Nordic countries have imposed stricter immigration limits. But these policy changes were made for pragmatic reasons. After years of welcoming some of the highest numbers of immigrants per capita in the EU, slowing the rate of immigration would ensure that those who had already arrived could find jobs—a key step toward integration.

Nordic nationalism has historically allowed for the integration of newcomers.

The Nordic version of nationalism has also been useful whenever macroeconomic and technological changes have called for socioeconomic adjustment—the final element of the Nordic model. The Nordics are today at the forefront of the Fourth Industrial Revolution, which has introduced high-tech robotics, artificial intelligence, 3-D printing, precision medicine, and other innovations. Rather than balking at the potential disruption of these new technologies, the Nordics harnessed the opportunities they offered, becoming leaders in these fields and reaping the benefits.

The Nordic model confirms an old saying: You can’t predict the future, but you can prepare for it. It’s not just workers with elite education or high-end jobs who are able to weather change; so too are those who earn technical degrees and undertake industry apprenticeships. With an emphasis on quality education and consistent training, the Nordic countries built some of the most advanced knowledge economies in the world. Their workforces are highly skilled—and highly adaptable—from top to bottom.

HOPE IN A TIME OF TURMOIL

The Nordic model is more relevant today than ever before. It offers a way for societies to thrive economically, socially, and technologically—driven not by ideology but by a pragmatic recognition that for an economy to succeed, all participants must be brought on board. By offering their people equal opportunities, they have strengthened the legitimacy of the social market economy. Their low Gini coefficients—the Nordic coefficients range between 0.26 and 0.28 and are among the lowest in the OECD, compared with those of the United States, which, with a coefficient of 0.39, has one of the highest, indicating a much more unequal society—demonstrate that there need not be a tradeoff between prosperity and equality.

Other countries would do well to incorporate these lessons. They too can build trust between citizens. They too can promote economic dynamism and competition while ensuring the security of workers and defending against protectionism and isolationism. They too can have open markets and competitive companies while still collecting enough taxes to provide effective government services and fund an expansive welfare state. The Nordic model, in short, offers a hopeful message for a time of turmoil. 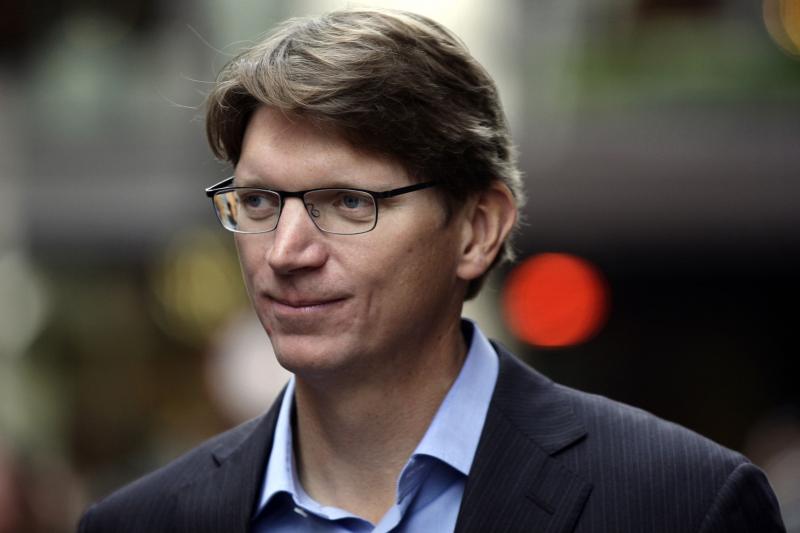 A Conversation With Niklas Zennstrom 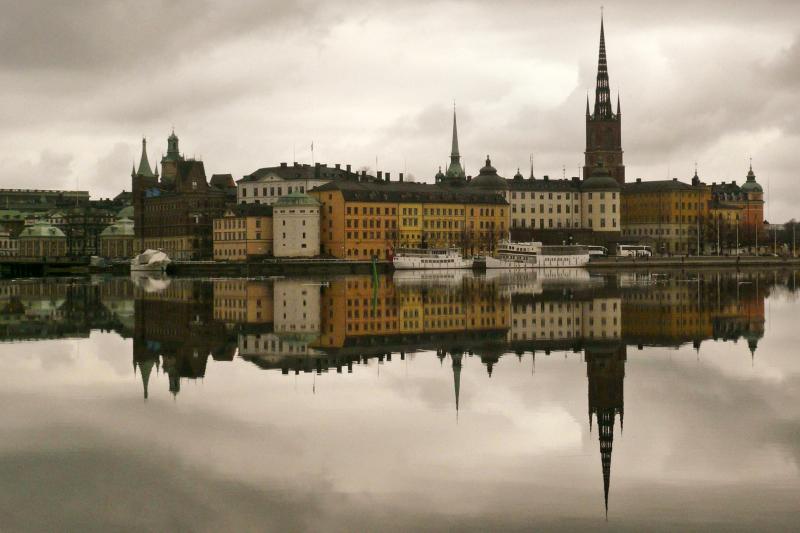 How American Admirers Get Scandinavia Wrong