French Technocracy Is No Match for the Pandemic

Vaccine Logistics Get the Better of Macron

When it comes to the state, the French attitude has long been “We can’t live with it, we can’t live without it.” But that old chestnut has taken on a new and unsettling meaning of late. President Emmanuel Macron came to power three years ago in part on the promise of creating a more agile and responsive state. The pledge of renewal was both paradoxical and credible, coming from a graduate of the elite École Nationale d’Administration (ENA) who was reputed to be a brilliant technocrat but whose campaign had released a biography titled, quite simply, Révolution.

Three years later, the revolution has yet to happen. Instead, the man who fashioned himself as a revolutionary found himself in the role of a reactionary. Sparked by a gasoline tax hike, the protest movement now known as the gilets jaunes (“yellow vests”) exploded in 2019, fueled in part by the perception that the president was supremely indifferent to ordinary people’s financial and material struggles. Macron cut taxes and toured the country so that he could “put his ear to the ground.” By the end of 2019, the rip tide of protests had reduced to a ripple. But the arrival of a new coronavirus in early 2020 gave Macron’s government little respite and less time to reinitiate its bureaucratic revolution. Instead, the COVID-19 pandemic has forced Macron to fall back on l’état providence that he had promised to fell.

Throughout the pandemic, the vaunted technocratic expertise of the French government has repeatedly fallen short. Eight ministers in Macron’s government, including Édouard Philippe, who was prime minister when the virus first attacked, were énarques—the moniker given to graduates of the ENA. But their efforts to manage the pandemic more often resembled l’anarchie than l’énarchie.

The first hurdle the government failed to clear came in early spring with the supply and distribution of masks. France faced an acute shortage. A subsequent parliamentary inquiry revealed that in 2018, the Ministry of National Health had learned that 600 million masks in its strategic stockpile did not meet the necessary standards. It began to destroy them, and the minister of national health ordered just 100 million replacements. Remarkably, Philippe, whom Macron gently showed the door last summer, revealed during the same inquiry that he had “never heard anyone speak about masks” between 2017 and early 2020. Imagine his shock, then, upon learning that the nation’s medical personnel needed 40 million masks a week, not the five million the actual stockpile could supply. The only recourse left to the tens of millions of French citizens who were not first responders was le système D—the French phrase for muddling through on one’s own.

Macron’s government was determined to do better with the vaccines, the first of which arrived from Pfizer in early winter. In late November, the National Authority for Health (Haute Autorité de Santé, or HAS), which oversees the implementation of all health-related policies, issued a plan detailing the stages of vaccination for the general public as well as the residents and staffs of the nation’s 15,000 nursing homes. But the officials who devised the program failed to account for drastically variable local capacities to store the vaccine and to administer it. Criticism of such omissions spanned the political spectrum. The Gaullist president of Normandy’s regional council declared, “We would have had a process that worked. But, instead, they look at us and ask themselves, ‘Who are these rubes?’” The socialist mayor of Nancy insisted, “Only we have the capacity to organize a massive vaccination campaign.”

The man who fashioned himself as a revolutionary found himself in the role of a reactionary.

With the vaccine rollout, the scarcity of masks six months earlier was matched by the scarcity of deep freezers. The government possessed an adequate number of freezers to keep the Pfizer vaccine at the required temperature of minus 94 degrees Fahrenheit, but only roughly one-third were up, running, and, most important, installed in the right places when the vaccine was rolled out at the end of December. Leaked documents published last week by Mediapart reveal that at the end of 2020, only 38 of 113 freezers were ready to receive delivery of the vaccine. Having overlooked this detail, the government could not implement its impressively detailed vaccination plan until mid-January at the earliest. The result was that while France possessed a million doses of the Pfizer vaccine, only 7,000 people had been vaccinated by the end of the first week of January.

Other administrative roadblocks contributed to the problem. A few years ago, in an effort to protect the rights of nursing home residents, the HAS had instituted a requirement that all residents have a medical preconsultation at least five days before being vaccinated. News of the rule was buried in a 40-page manual. For most people, interpreting booklets of bureaucratese is a challenge; for those afflicted with Alzheimer’s, it is impossible; and even at that, securing a consultation in time of plague requires a miracle. Yet the rule remained in effect the first week of January. On January 4, an irate Macron unloaded on the new health minister, Olivier Véran, during a cabinet meeting: “Of course we must protect the elderly, but must we also hit them with an incomprehensible, 45-page guide for vaccination?” In a radio interview later that day, Véran declared that the rules would be streamlined and the pace of vaccinations quickened.

In light of all the bottlenecks, the researcher Eric Billy declared the HAS plan little more than “an empty shell.” Just having a road map, he observed, is not enough to ensure that a vaccination campaign will work. “No one seems to have a concrete idea of how we move a vaccine from a freezer to a nursing home.” In a fierce opinion piece in Le Monde, a logistics professor, Aurélien Rouquet, marveled that the HAS never bothered to consult supply chain specialists, who might have helped the government to draw on the private sector’s experience in delivering products from point of arrival to point of destination. Rouquet concluded that it was shocking, if not surprising, that the vaccination plan runs to 50 pages but mentions the word logistique just once.

The Bureaucracy Owns the Man

The pace has since picked up, with approximately 200,000 people having now received at least one dose of the vaccine. But important concerns about the government’s response to the pandemic remain. For example, several ministers, including Véran, cited public skepticism toward vaccinations as a reason the country had moved with such deliberation. There is no question that in the span of a century, the nation of Louis Pasteur has swung from embracing to rejecting vaccinations. According to a 2019 Gallup poll of 144 countries, France had the greatest proportion of citizens—more than 30 percent—opposed in principle to vaccinations. Moreover, just like masks in the United States, vaccinations in France have become politicized. Those who support the government are pro-vaccination, but those on both political extremes tend to be skeptical or hostile. As one sociologist observed, standing with or against the COVID-19 vaccine has become “an identity marker.”

Nevertheless, some critics contend that the government used this resistance among a minority of French as an excuse for failing to protect them and the majority who demanded the vaccine. Tellingly, Macron announced last month the formation of a “citizens’ committee”: 35 people from different educational and professional backgrounds would be chosen at random to offer their views on the government’s vaccination policy. Almost immediately, some French dismissed the plan as a “gadget” meant to distract the public’s attention from the government’s logistical missteps. The revelation that the government had hired the American consulting firm McKinsey for logistical help did little to burnish the public’s perception of its leaders.

Whether it is a smokescreen to hide incompetency or a sincere effort at transparency, the citizens’ committee reflects a larger problem for Macron. The state he had promised to remake has instead remade his presidency. More than a half century ago, the French sociologist Michel Crozier published his landmark work, The Bureaucratic Phenomenon. Based on his analysis of two different French organizations, he concluded their raison d’être was less to manage external matters than to mold their members so that they would behave in a prescribed manner. In light of France’s response to the pandemic, Crozier’s insight needs to be tweaked: the state insists it is best able to manage the nation’s affairs, but it also insists that it be done in a prescribed manner, regardless of realities on the ground. While the pandemic rages and next year’s presidential election approaches, Macron has precious little time left to revolutionize a bureaucracy that delivers 40-page manuals rather than deep freezers to meet the current crisis. 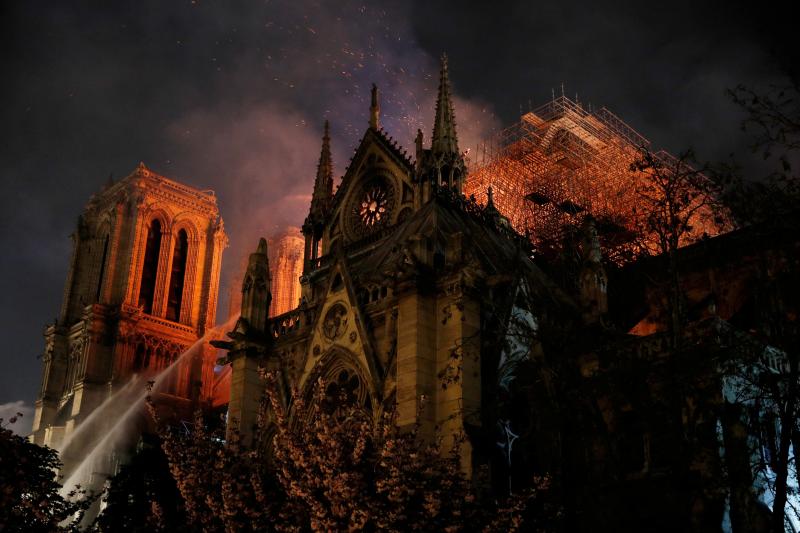 To Rebuild or Restore Notre Dame

France Gets the Spire It Seems to Want 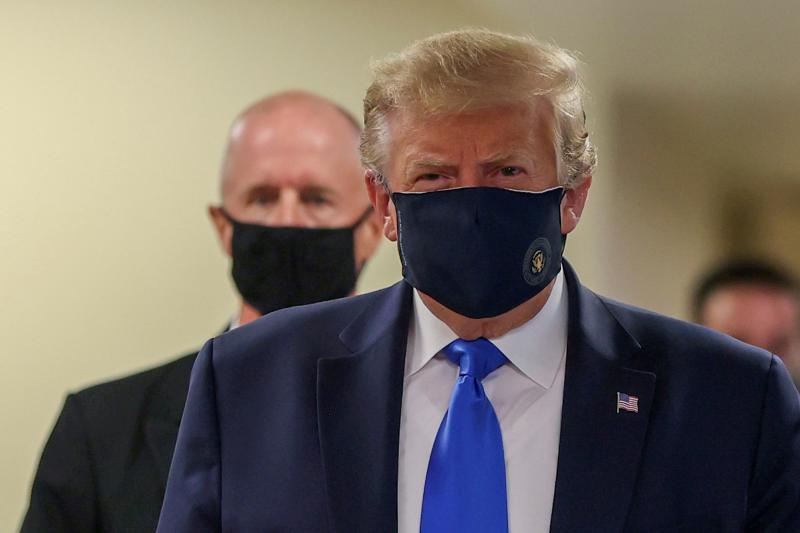