Guatemala Is No Safe Third Country

Why the Asylum Deal Is a Mistake

On July 26, under pressure from Washington, Guatemalan President Jimmy Morales signed a deal with U.S. President Donald Trump that would fundamentally alter the landscape of migration and asylum in the Americas. The deal, known as a “safe third country” agreement, stipulates that the U.S. government can deport asylum seekers to Guatemala if they passed through that country during their journey to the U.S.-Mexican border. The agreement serves Trump’s agenda of preventing asylum seekers from entering the United States—but it does so by shifting the burden onto Guatemala, making that country responsible for processing and caring for tens of thousands of asylum seekers.

The “safe third country” agreement will strain Guatemala’s asylum system and its already-struggling economy. Not surprisingly, it has met widespread opposition in Guatemala. The country’s Constitutional Court went so far as to impose a temporary injunction, which prevented the plan from being implemented. But now the agreement’s fate lies in the hands of a new Guatemalan president.

In mid-August—less than a month after the deal was signed—the right-wing politician Alejandro Giammattei squeaked to victory in a second-round presidential vote. He will take office on January 14, 2020. As a candidate, Giammattei publicly criticized the agreement with the United States, saying that it is “not right” for Guatemala and pledging to ameliorate it. But tweaks to the deal will not be enough. The agreement outsources the United States’ legal obligations to asylum seekers, risks tens of thousands of lives, and destabilizes a region already vulnerable to humanitarian disasters. Guatemalans should demand better from their Congress.

Guatemala is a strange choice for a “safe third country.” With an estimated 59 percent of its population living in poverty, it is one of the world’s most unequal countries. Nearly half of children under the age of five suffer from chronic malnutrition, the highest rate in Latin America. While Guatemala’s national homicide rate reportedly decreased in recent years, the vast majority of its murders are never solved. Violence against women, the LGTBI community, indigenous people, and human rights leaders is endemic. Systemic corruption plagues all levels of government and interferes with the provision of basic services.

For these and other reasons, migrants have surged from a country that, under the terms of the Trump administration agreement, would be deemed “safe” for asylum seekers. U.S. southern border authorities have detained more migrants from Guatemala in the past year than from anywhere else in the world.

At the same time, because it is the northernmost country on the Central American isthmus, Guatemala has become a way station for tens of thousands of migrants from countries such as Honduras and El Salvador seeking refuge to its north. Under the general terms of the agreement with the Trump administration, these migrants would be obligated to petition Guatemala for asylum instead of passing through.

Migrants might instead choose to take dangerous routes by land or sea, just to avoid entering the so-called “safe country.”

Even if Guatemala were a truly “safe” destination, these requests would pose an administrative and humanitarian problem. The country does not have an asylum system capable of handling the necessary volume of petitioners. The head of the United Nations High Commissioner for Refugees for Central America has said that Guatemala currently has the capacity to process about 200 asylum requests a year. The UNHCR reports that as few as four employees handle these cases in the country’s national migration office.

Not only would Guatemala need to process tens of thousands of asylum applications fairly and efficiently, with due process, but it would then need to provide its asylees with jobs and shelter that a country beset with corruption, poor services, and poverty would be at pains to supply. For Guatemalans, the agreement promises yet more instability and thinly stretched resources. For migrants from elsewhere, the scenario is potentially catastrophic. Given the likelihood of finding themselves stranded in a legal and administrative limbo, under squalid and unsafe conditions, migrants might instead choose to take dangerous routes by land or sea just to avoid entering the so-called safe country.

That the deal is unpopular is therefore hardly surprising. As a candidate, Giammattei called the U.S. asylum agreement “a serious mistake,” asserting that Guatemala does not fulfill the requirements to be a “safe third country,” given that it cannot assist its own people, let alone those from Honduras and El Salvador. He criticized Morales’ decision to sign such a significant agreement so close to the change in government. And the Guatemalan people largely agree: in a recent poll, only 18 percent voiced support for the agreement.

Guatemala’s Constitutional Court stepped in on July 15 with a provisional ruling that temporarily blocked Morales from signing the agreement, on the grounds that it must first be approved by Congress. Morales berated the court for engineering what he called a “malicious delay” in the agreement’s execution and accusing the court of jeopardizing “the excellent bilateral relationship with our main economic partner.” Under this pressure, the court dismissed the stay on September 10, clearing the way for negotiations to continue and for the deal to make its way to Congress. But whether Morales will submit it to the current legislature before he leaves office and before the new, less friendly Congress arrives on January 14 is unclear. Morales asserted that “these kinds of deals don’t need to go before Congress.” Giammattei, however, has stated that the deal does need legislative approval, which suggests that he will submit it if his predecessor does not.

If Giammattei wants the deal struck down, his option seems clear: he has only to send the agreement to Congress. But the new president, like his predecessor, faces a tough tradeoff that is unlikely to end quite this way. Giammattei will have to consider Guatemala’s relations with the United States, which is Guatemala’s main trading partner, with exports totaling some $13.7 billion in 2017 and U.S. foreign direct investment worth $1 billion. Some 1.5 million Guatemalans live in the United States and sent more than $9 billion in remittances that same year.

The Trump administration is well aware of the leverage it has, which is why it strong-armed the Morales government into signing the deal by threatening tariffs on Guatemalan imports and remittances and a travel ban on Guatemalan nationals. Such threats led Guatemala’s economic elite to support Morales in entering negotiations. Giammattei will not break with those elites either, because they bankrolled his political ascent. Indeed, many of the same military and business elites who helped Morales win the presidency in 2015 underwrote the new president’s ultraconservative party, Vamos.

Tellingly, Giammattei is already starting to soften his position on the deal. Shortly after winning the election, Giammattei stated that “the agreement is a fact and we will have to deal with it,” adding, “[Let’s see] what we can get out of this deal.” The president-elect and his team have met several times with U.S. officials. At these meetings, Giammattei has repeatedly expressed his desire to discuss the agreement and its implementation with Washington. He has hinted that he will press for greater U.S. assistance in creating job and development programs in Guatemala’s border regions, where migrants congregate.

Giammattei appears poised to implement the deal as long as he can wring some concessions from Washington. Trump has cut $370 million in aid from Honduras, El Salvador, and Guatemala for not doing enough to curb irregular migration. Giammattei may seek support for job creation programs, while also aiming to reverse economic penalties on Guatemala. The new president may view a return to previous levels of aid as a “win” that could allow him to sell the unpopular “safe third country” agreement to the Guatemalan people.

Giammattei may hope that by compromising over the “safe third country” agreement, he will appease critics at home without ruffling feathers in Washington. But to negotiate the finer points of this agreement is to build on a dangerous fiction: that Guatemala is “safe” for asylum seekers. No amount of concessions obtained from the United States will make the deal sound or worthwhile, either for asylum seekers or for Guatemala.

Even with the restoration of U.S. assistance, job and development programs won’t begin to compensate for the deep, structural problems that make Guatemala an unsuitable destination for asylum seekers. According to UN figures, Guatemala is the ninth most violent country in the world and the only Latin American country that failed to reduce poverty in the last two decades. Should Guatemala commit to fully implementing the agreement, the asylum seekers who are sent there will face the harsh reality of being resettled in a country unprepared to meet their basic needs.

To really address the drivers of migration both into and out of Guatemala requires finding long-term solutions to systemic problems. International actors, including U.S. members of Congress, the United Nations, and the European Union, should pressure Guatemala not to implement a “safe third country” deal but to tackle the corruption that makes the country’s government so inefficient at meeting the needs of its people. In September, Morales forced out an extremely effective, UN-backed anticorruption commission that was investigating the rampant looting of state coffers. Such graft degrades the government’s ability to meet basic standards of health, education, and economic advancement. By pushing Guatemala to accept a ludicrous migration agreement instead of supporting the anticorruption efforts that truly address sources of migration, the U.S. government is shooting itself in the foot.

Negotiating the agreement is to build on a dangerous fiction: that Guatemala is “safe” for asylum seekers.

Guatemala’s Congress, for its part, should not enable the Trump administration’s assault on asylum rights or help pave the way for humanitarian catastrophe. Instead, it should reject the agreement on the grounds that Guatemala is ill-equipped to guarantee the safety of asylum seekers. The current lame-duck Congress has shielded Morales from prosecution and backed his attacks against the rule of law. As such, it could very well approve the deal. However, in the new Congress that will serve under Giammattei, opposition forces have a slightly better chance to block the initiative’s approval.

A deal convenient for the Trump administration’s anti-migrant agenda, catastrophic for families seeking asylum, and fundamentally based on a falsehood is not a deal that can be improved. Both Guatemala and the United States must reorient their priorities, pursuing policies that address the root causes of migration rather than pushing through this reckless deal. 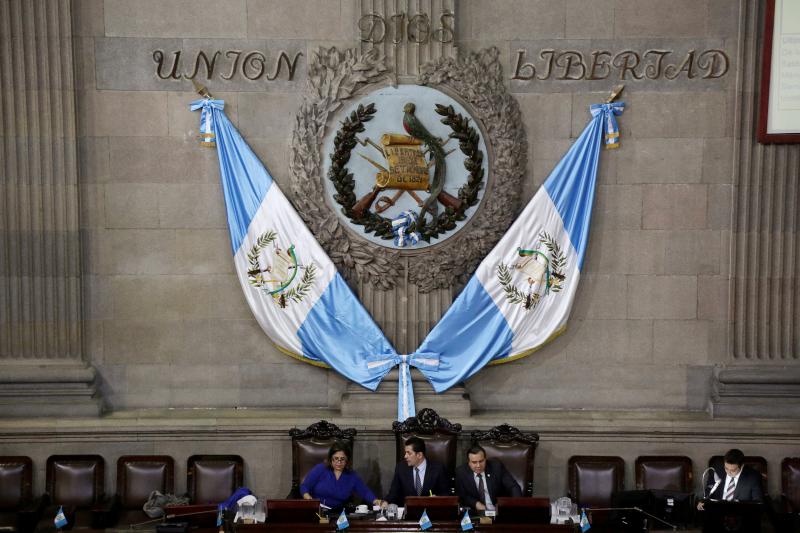 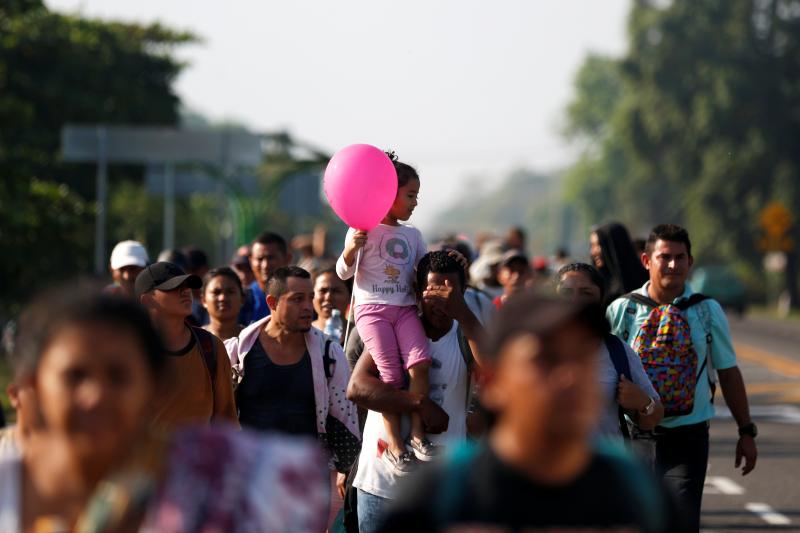