By Anubhav Gupta and Puneet Talwar

The novel coronavirus is an enormous test for Indian Prime Minister Narendra Modi. Not only must his government contain the spread of the virus in one of the densest, most populous countries in the world but it must prevent social-distancing measures from pushing India’s flagging economy over the cliff into free fall. Even before the pandemic, the country was struggling with slow growth, high unemployment, and widening social divisions. Now, the coronavirus is exacerbating all three problems—risking a perfect storm of health, economic, and social crises.

But the pandemic also gives Modi a chance to hit the reset button. So far, he deserves credit for acting with urgency. India evacuated its citizens from China, Iran, and other epicenters of the virus in February and March. It shut its borders to almost all foreigners and initiated a contact-tracing and testing operation for Indians coming into the country. And when it became clear by late March that the virus was already spreading within India, the government announced a national lockdown that so far has slowed the infection rate. If Modi seizes this opportunity to address India’s underlying problems as he battles COVID-19 and the economic wreckage it has caused, he has a chance to emerge from this crisis in a stronger position both at home and abroad.

After winning a landslide reelection victory in 2019, the Modi government seemed poised to focus on economic development. Instead, it used its mandate to enact divisive social policies. The revocation of Kashmir’s special autonomy in August and the passage in December of a citizenship bill seen as discriminating against Muslims drew widespread international scrutiny and domestic criticism. In the early months of this year, Indians packed the streets in the largest display of public opposition that the Bharatiya Janata Party–led government has seen in its six years in power.

By then the country was already in the midst of a sharp economic downturn. This month, the International Monetary Fund (IMF) reported that India grew at a rate of only 4.2 percent in 2019, much slower than previously predicted and down from eight percent as recently as 2016. Modi’s government has struggled to create jobs for India’s disproportionately young population, presiding over the highest unemployment rate in 45 years.

The pandemic has made the jobs crisis worse. In late March, Modi took the decisive step of issuing a national stay-at-home order that closed most shops and businesses. As a result, India’s unemployment rate nearly tripled from 8.7 percent to 23.4 percent in the span of a month, according to an estimate by the Center for Monitoring Indian Economy. Implemented with less than four hours of warning, the lockdown also hurt the millions of poor Indians who work in the informal sector (which accounts for over 80 percent of all jobs in the country) and left hundreds of thousands of migrant workers stranded. National and international media fixated on scenes of thousands of migrants thronging bus stations in major cities as they sought to return to their villages, forcing Modi to apologize for the suddenness of the lockdown.

India’s unemployment rate nearly tripled from 8.7 percent to 23.4 percent in the span of a month.

Despite its abrupt implementation, the national lockdown was the right move. Thanks to Modi’s swift action, the country of more than one billion had only around 33,000 confirmed cases of COVID-19 as of May 1. The latest numbers suggest that the rate of new infections is slowing, with cases now doubling every ten days compared with every four at the start of April.

It is too soon, of course, to celebrate. The lack of widespread testing means there are likely many unreported cases. Out of an abundance of caution, India has extended by a further two weeks the lockdown that was scheduled to end after May 3. Modi will face immense pressure in the coming days and weeks as he balances public health exigencies with the lockdown’s damage to the economy. As a result of COVID-19, the IMF expects the Indian economy to grow at only two percent in 2020, while other analysts believe the economy could even shrink by one percent this fiscal year. India may suffer its lowest growth rate in 40 years as a result of the pandemic.

The government has announced a $22.6 billion economic stimulus plan that includes cash transfers and food security measures to relieve millions of poor Indians. Meanwhile, India’s central bank has cut its benchmark interest rate to a record low of 4.4 percent and added $49 billion of liquidity to the financial system. But the government will need to consider further measures to chart a path toward recovery as there is more economic pain on the horizon; relaxing social-distancing restrictions too soon could prove disastrous.

REPAIRING INDIA AT HOME AND ABROAD

India could emerge from this crisis severely depleted. Or it could come out of the pandemic in a stronger position, advancing its long-held aspirations to become a global power. Which of these paths India takes will depend on whether Modi’s government can make progress in three critical areas while it simultaneously manages the coronavirus: economic reform, regional stability, and internal social cohesion.

The government must resist the temptation to lean into its protectionist instincts. Since March 24, it has imposed restrictions on exports of certain medical supplies and equipment as well as pharmaceuticals and ingredients. India, which is the source of nearly 40 percent of U.S. generic drugs, could disrupt U.S. supplies through such measures. After U.S. President Donald Trump made a personal appeal to Modi in early April, India agreed to partially relax its export ban on the anti-malaria drug hydroxychloroquine. India would earn international goodwill if the government loosened its limits on the trade of pharmaceuticals, medical supplies, and equipment. With his strong majority in Parliament, Modi could utilize the current emergency to institute structural reforms to improve infrastructure, streamline the tax code, make the labor market more flexible, and cut the infamous red tape that impedes business in the country, as well as open India to more imports and foreign investment. This is the only way India can quickly access the global finance and supply chains needed to spur domestic manufacturing and job creation in the aftermath of the crisis.

India is already assuming a leadership role in combating COVID-19 in South Asia.

Domestic economic reforms can pave the way for India to take a stronger position in the world. India is already assuming a leadership role in combating COVID-19 in South Asia. For instance, New Delhi sent a medical team to the Maldives in March to support the archipelago nation’s battle against the pandemic. India is ramping up assistance to other South Asian nations, too. Modi also called for coordinated action by the South Asian Association for Regional Cooperation and initiated a virtual summit in March—the first convening of the regional group since 2014. As part of that effort, India announced that it will set up an electronic platform to help health officials exchange information about the pandemic.

These are positive signs, but regional stability and cooperation will ultimately require easing tensions with Pakistan, a task that Modi has not yet embraced. Tensions reached a boiling point in 2019 because of India’s new Kashmir policy, and they have continued to simmer even during the pandemic. Recent skirmishes between the two countries along the disputed border in Kashmir were the most intense in at least two years. This friction is not a recipe for a secure region, and it ties up diplomatic and military resources India could better use to play a larger role on the world stage and contribute to a more stable balance of power in the Indo-Pacific.

But none of these measures will help Modi resuscitate India’s fortunes if the country’s internal divisions continue to widen. The protests and violence in recent months revealed a country dealing with the separate pressures of communal hate, distrust of government, and state repression. The coronavirus threatens to further fracture Indian society. The virus has already contributed to a new spate of Islamophobia after a gathering by a Muslim missionary group spurred a number of new cases. The hashtag #CoronaJihad has proliferated across Indian social media, and some members of the ruling party have stoked the fires by using the term “corona terrorism.”

Modi’s task is not only to halt the spread of the virus by preaching the virtues of social distancing but to use his pulpit to stop the spread of hate and fear within Indian society. The government has an opportunity to unite the country around preventing a health catastrophe. It can bolster India’s democratic credentials and its own response to the pandemic by supporting civil society and the press, instead of silencing or intimidating independent and critical voices, as it has tried to do by invoking a nineteenth-century British colonial law to control press coverage of the pandemic.

Modi has four years left in his second term. If he can slow the spread of the virus and embrace economic reforms, take regional leadership, and reduce domestic tensions, he may yet help India emerge as the global power so many Indians believe their country should be—and that India’s friends around the world, including the United States, want to see.

How to Overcome Tribalism 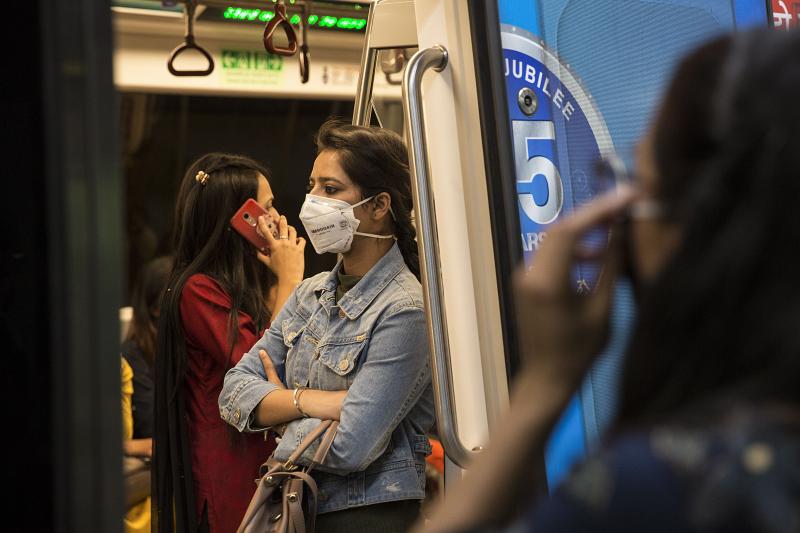 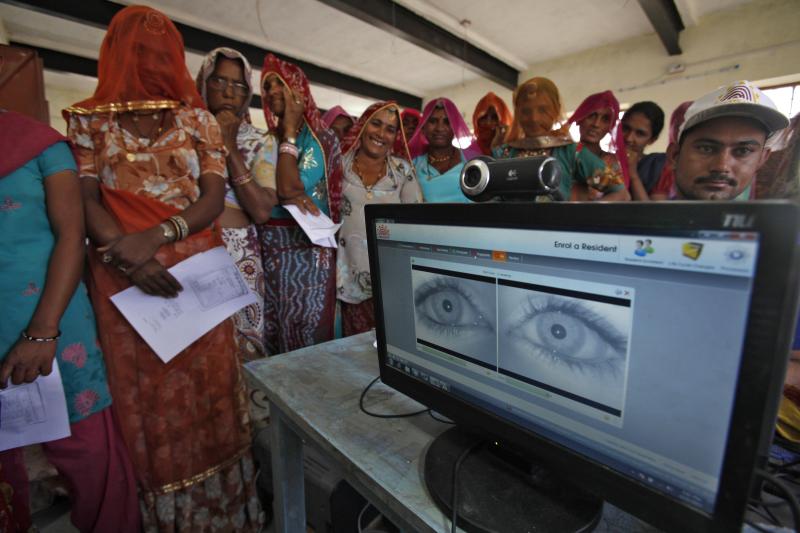