Qasem Soleimani, commander of the Islamic Revolutionary Guard Corps Quds Force, was one of the most influential and popular figures in the Islamic Republic and a particular nemesis of the United States. He led Iran’s campaign to arm and train Shiite militias in Iraq—militias responsible for the deaths of an estimated 600 American troops from 2003 to 2011—and became the chief purveyor of Iranian political influence in Iraq thereafter, most notably through his efforts to fight the Islamic State (ISIS). He drove Iran’s policies to arm and support Syrian President Bashar al-Assad, including by deploying an estimated 50,000 Shiite militia fighters to Syria. He was the point man for Iran’s relationship with Hezbollah in Lebanon, helping to supply the group with missiles and rockets to threaten Israel. He drove Iran’s strategy to arm the Houthis in Yemen. For all these reasons and more, Soleimani was a cult hero in Iran and across the region.

In short, the United States has taken a highly escalatory step in assassinating one of the most important and powerful men in the Middle East.

The administration of U.S. President Donald Trump argues that Soleimani was a terrorist and that assassinating him was a defensive action that stopped an imminent attack. Both of those assertions may or may not be true, but the United States would never have felt compelled to act against the Iranian general if not for the reckless policy the administration has pursued since it came into office. In May 2018, Trump left the Iran nuclear agreement and adopted a “maximum pressure” policy of economic sanctions on Iran. For a year, Iran responded with restraint in an effort to isolate the United States diplomatically and win economic concessions from other parties to the nuclear agreement.

But the restrained approach failed to yield material benefits. By May 2019, Tehran had chosen instead to breach the agreement and escalate tensions across the region. First came Iranian mine attacks against international shipping in May and June. Then Iran shot down a U.S. drone, nearly touching off an open conflict with the United States. In September, Iranian missiles struck the Abqaiq facility in Saudi Arabia—arguably the most important piece of oil infrastructure in the world. Shiite militia groups began launching rockets at U.S. bases in Iraq, ultimately leading to the death of an American contractor last week. Retaliatory U.S. strikes eventually brought us to the Soleimani assassination.

The most important question now is how will Iran respond. The Islamic Republic’s behavior over the past few months and over its long history suggests that it may not rush to retaliate. Rather, it will carefully and patiently choose an approach that it deems effective, and it will likely try to avoid an all-out war with the United States. Nonetheless, the events of the past few days demonstrate that the risk of miscalculation is incredibly high. Soleimani clearly didn’t believe that the United States was going to dramatically escalate or he wouldn’t have left himself so vulnerable, only a stone’s throw away from U.S. military forces in Iraq. For his part, Trump has been adamant about his lack of interest in starting a new war in the Middle East—and yet, here we are at the precipice.

The United States must, at a minimum, expect to find itself in conflict with Shiite militias in Iraq that will target U.S. forces, diplomats, and civilians. Iraq is the theater where the U.S. strike took place and therefore the most rational place for Iran to immediately respond. Moreover, the militia groups have already been escalating their activities over the past six months. They are among Iran’s most responsive proxies and will be highly motivated, given that Abu Mahdi al-Muhandis, one of their top commanders, was killed in the strike along with Soleimani.

Whether a U.S. presence in Iraq is still viable remains an open question. The security situation, which has certainly now been complicated, is not the only problem. The assassination was such an extreme violation of Iraqi sovereignty—done unilaterally, without Iraqi government consent—that Iraqi officials will come under tremendous political pressure to eject U.S. forces. Many Iraqis have no love for either the United States or Iran. They just want to have their country back to themselves and fear being put in the middle of a U.S.-Iranian confrontation. The current situation could turn into a worst-case scenario for these citizens.

The United States must expect to find itself in conflict with Shiite militias in Iraq.

But a chaotic U.S. withdrawal under fire could also present real dangers. The mission to counter ISIS remains a going concern, and if the United States is forced to leave Iraq, that effort could suffer a serious blow. ISIS retains an underground presence and could take advantage of the chaos of an American withdrawal or a U.S.-Iranian conflict to improve its position in Iraq.

The repercussions of the assassination won’t necessarily be confined to Iraq. Lebanese Hezbollah, which enjoys a close relationship with Iran and is likely to be responsive to Iranian requests, could attack American targets in Lebanon. Even if Iran decides to avoid a major escalation in Lebanon, Hezbollah operatives are distributed throughout the Middle East and could attack the United States elsewhere in the region. Alternatively, Hezbollah may choose to launch missile attacks on Israeli territory, although this response is less likely. Hezbollah wants to avoid an all-out war with Israel that would devastate Lebanon, and the Trump administration has publicly taken credit for killing Soleimani, increasing the likelihood that a retaliatory strike will target the United States directly.

Iran could conduct missile strikes against U.S. bases in Saudi Arabia and the United Arab Emirates or against oil facilities in the Gulf. The accuracy of Iran’s missile strikes on the Abqaiq oil facility in September took the United States and the rest of the world by surprise, although Iran did purposefully attempt to keep the attack limited and symbolic. In the current climate, Iran could choose to become much more aggressive, calculating that in the arena of missile strikes it has been highly successful in landing blows while avoiding retaliation over the past six months.

We should also expect Iran to significantly accelerate its nuclear program. Since the Trump administration left the Iran nuclear agreement in May 2018, Iran has been quite restrained in its nuclear response. After a year of staying in the deal, in May 2019, Iran began to incrementally violate the agreement by taking small steps every 60 days. The next 60-day window ends next week, and it is hard to imagine restraint in the wake of Soleimani’s death. At a minimum, Iran will restart enriching uranium to 19.75 percent, a significant step toward weapons-grade uranium. It has recently threatened to go even further by walking away from the Nuclear Nonproliferation Treaty or kicking out inspectors. These would be profoundly dangerous moves, and until this week most analysts believed Tehran was unlikely to actually make them. Now they may well be on the table.

At a minimum, Iran will take a significant step toward enriching weapons-grade uranium.

Perhaps the most provocative thing Iran could do is carry out a terrorist attack on the U.S. homeland or attempt to kill a senior U.S. official of Soleimani’s stature. This would be much more challenging for Iran to pull off than an attack on U.S. interests or personnel overseas but may be deemed by Iran as appropriately proportional. The last time Iran is known to have attempted an attack in the United States was in 2011, when American law enforcement and intelligence agencies foiled a plot to assassinate the Saudi ambassador in Washington by blowing up a restaurant. In that case, the plot was detected early on and easily foiled because of poor Iranian tradecraft. The episode suggested that Iran is much less capable outside the Middle East than inside it, an assessment that is buttressed by foiled Iranian bombing attempts in Denmark and France this year. So while Iran may try to conduct an attack inside the United States, it would need to get lucky to succeed.

If the Trump administration is smart, it will do all that it can to harden U.S. facilities and protect Americans while absorbing some of the inevitable blows to come. It should also reach out to Iran through U.S. partners that have good relations with the country, such as Oman, to try to de-escalate while also setting clear redlines in private to avoid an Iranian miscalculation. Finally, Trump should be satisfied to declare victory and boast that he got the upper hand on Iran by killing Soleimani—not take further military actions. But this type of restraint appears to run counter to Trump’s very nature. And even if he shows uncharacteristic self-restraint in the coming weeks, the desire for revenge in Iran, and the political momentum that desire is already beginning to generate, may inevitably draw the United States and Iran into a major conflict. 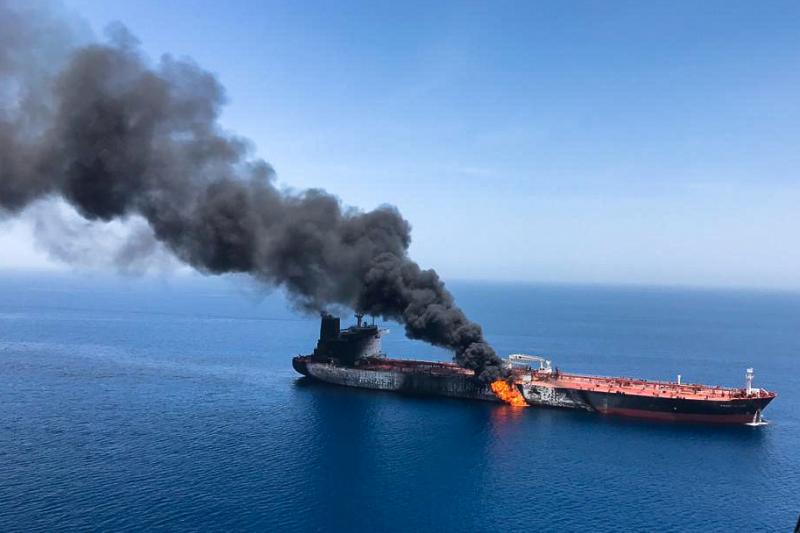