What Major General Soleimani’s Killing Means for the IRGC

At a humble Revolutionary Guard “cultural office” run by Iran-Iraq War veterans in southern Tehran, a poster pinned to the wall displayed portraits of about a hundred men identified as the “martyred commanders” of a single division of the Islamic Revolutionary Guard Corps (IRGC). One of the veterans I was there to interview noticed my interest in the poster and explained, with unmistakable pride: “We have at least 20 times as many fallen commanders in war as any other army.”

Many guards and Basijis, as the volunteers who worked with the IRGC were known, are proud of a signature battle order in the organization: that the commanders fought alongside soldiers on the frontline, instead of “laying back” in the command headquarters. “They were great commanders, but they had to risk and be present on the frontline,” the veteran continued. “It was hard for us to lose them, but the IRGC’s strength was that other great ones replaced them immediately.”

Qasem Soleimani, the controversial commander of the IRGC Quds Force, was an ordinary IRGC commander in this regard, but also an exception. He was himself one of the “great” young commanders who fought in the Iran-Iraq War, having started as a Revolutionary Guard in his hometown of Kerman and progressed to higher levels of command the way all guards were promoted in the absence of a systematized hierarchy and professional training: by showing dedication, initiative, and a penchant for bold, independent action.

Such was the dynamic that ran the entirety of the IRGC in its early years. A nonprofessional, volunteer-based militia, the IRGC was introduced after the 1979 revolution as a transitional force to impose order and repress counterrevolutionary uprisings until the police and the army could be restored. But as conservatives and radicals struggled for power in the early 1980s, the IRGC was institutionalized as a radical militia—and, later, military—parallel to the regular Iranian Army. Owing to the same power struggle, the IRGC lacked the financial and technical support to fully professionalize. But the passionate young leaders and volunteers didn’t feel the need to do so anyway.

Over time and through trial and error, the IRGC developed an informal, bottom-up order based on strong ties of trust among peers and through ranks. The organization found informal order in disorder and came to associate this mentality with revolutionary authenticity. What kept the IRGC together on the battlefield, through civil conflicts and during the early years of the Iran-Iraq War, was not a central, transparent chain of command with rank orders: insignia were not even introduced until after the war. Rather, the organization cohered through ties of actual and projected interpersonal trust, infused with religious and revolutionary dedication.

The Quds Force is likely to forge immediate ties with a newly appointed commander.

The initial leadership circles of the IRGC were forged through links of friendship, kinship, and revolutionary camaraderie, and they expanded by projecting the same trust such ties implied onto new members, so long as they were passionate Shiite revolutionaries. After the war, the IRGC demobilized and bureaucratized—but even then, the preference for personal affinities over organizational structure has remained a characteristic feature of the corps.

Soleimani was an exemplary figure for a group defined by such traits. On extraterritorial battlefields, he demonstrated the behavior that Iranian veterans cherished in their fallen commanders and co-combatants: he was fearlessly and selflessly present on the front; he held strong Shiite revolutionary beliefs; he led a humble, austere life; and he treated his men as equals, frequently appearing in the simple khaki uniform of the foot soldiers. To IRGC members in the Quds Force and outside, he was Haj Qasem. Just as they did with other wartime commanders—Aqa Mohsen (General Mohsen Rezaei), Aqa Rahim (General Rahim Safavi), Brother Hassan (General Hassan Baqeri)—the rank and file considered themselves to be on an affectionate first-name basis with Soleimani.

The field on which Soleimani fought and the organizational context he created and served, however, were not those of the 1980s. Through the Quds Force and its expansion in the Middle East, he lit into new territory and new organizational dimensions. The IRGC has historically been structured to fill any gap in leadership immediately, but the Quds Force commander acquired a personal significance uncharacteristic of the larger organization.

As Quds Force chief commander, Soleimani was de facto responsible for not just IRGC forces but also diverse militias across the region. The Quds Force is believed to consist of tens of thousands of Iranian members who, embedded in the IRGC’s institutional history described above, are likely to forge immediate ties with a newly appointed commander. They are presumably committed to the organization as a whole and to Iran’s supreme leader as the commander in chief. They might miss Soleimani personally, but they will likely have the same intimate and trusting relationship with his successor.

But Soleimani’s forte, especially in the post-9/11 Middle East, was to strengthen and deploy non-Iranian militias backed by Iran. These militias, including multiple branches of the Iraqi Popular Mobilization Forces, are loyal to Iran because of the financial and technical support they receive. The force they together constitute, however, is fractured, diverse, and mutable. The regional militias share neither the IRGC’s history of gradually institutionalizing revolutionary commitment nor its readily available ties of trust. Throughout the years, Soleimani had gradually forged such ties, which were not automatically present, with several leaders and their forces. His successor will not fit in as easily as a new IRGC commander would during the Iran-Iraq War, because the organizational context is simply not that welcoming.

Moreover, Soleimani’s role was not limited to that of a battlefield commander. He also pursued Iran’s interests as an expert in geopolitical security, and with a considerable degree of autonomy. As such, he had acquired a reputation as a pragmatic strategist, and he had contact with world figures from Syrian President Bashar al-Assad and former Iraqi Prime Minister Nouri al-Maliki to Russian President Vladimir Putin and the leadership of the U.S. Central Command. When there was a common cause for Iran and other interested countries, Soleimani was known to be the man in possession of the resources and of a practical, professional mindset, whatever the ideological differences among the parties. Soleimani’s successor is likely to have a difficult time reaching his standing as a regional political figure.

The Islamic Revolutionary Guard Corps has thrived on a bottom-up order that relies not on any central figure but on an abundance of close personal ties of trust. Major General Qasem Soleimani will be missed as a charismatic commander and an emblem of the organization’s power. But to IRGC members, he was still a “brother” who will be replaced by one of the many dedicated others. The structure of the institution will not suffer.

The IRGC Quds Force’s status in relation to other military and political players in the Middle East, however, did rely on Soleimani’s person. His absence will be particularly felt as Iran and its allies try to secure their interests in a region that is changing by the day—amid popular uprisings in Iraq and Lebanon, the United States’ struggle to reduce the number of its forces, and the temporarily contained but generally heated and already disastrous tension between Iran and the United States. 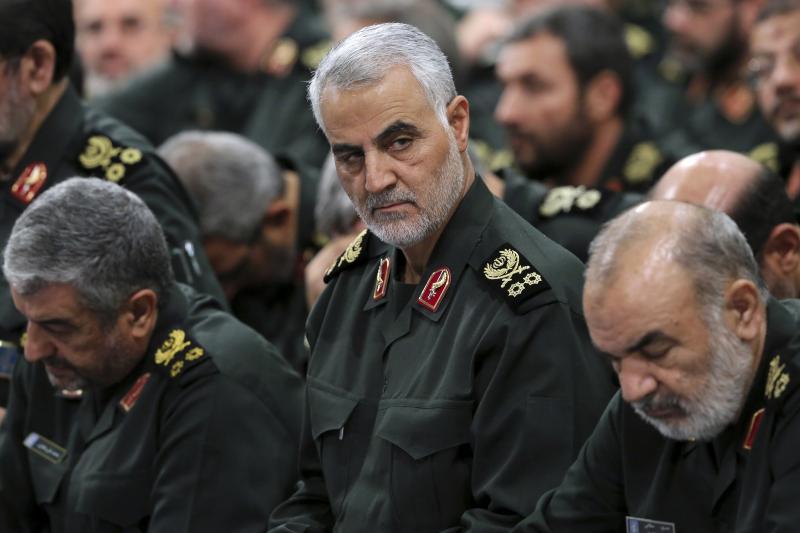 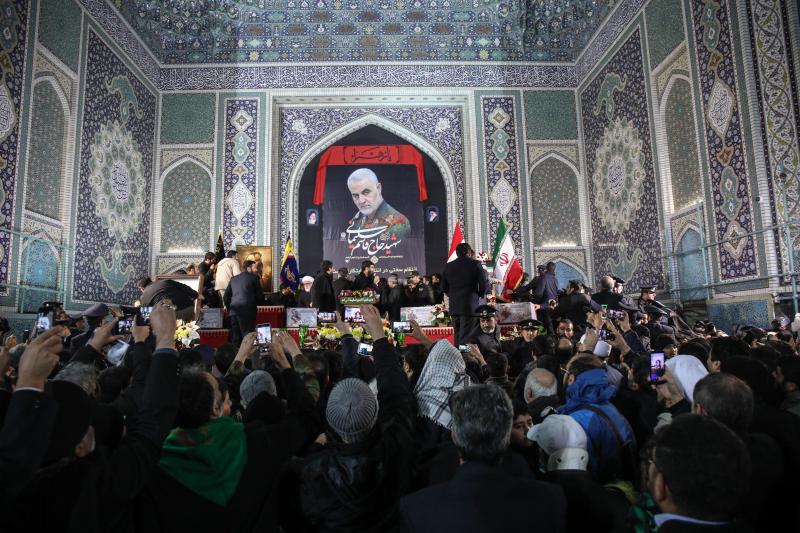