As the world struggles to fight one of the most catastrophic pandemics in its modern history, Iran has become a cautionary tale about the cruelty and futility of isolation. Iranian experts project that twice as many Iranians will die from COVID-19, the disease caused by the novel coronavirus, as perished in the eight-year war between Iran and Iraq. Many Iranians still remember the role the United States played in supporting Iraq in that war. Now Washington is insisting on crippling the economy of this nation of 80 million people as it struggles to survive a devastating health crisis.

According to many predictive models, the coronavirus could kill 0.5 million to 1.5 million people in Iran. One epistemic projection assumes a 30 percent attack rate, a five percent hospitalization rate, and a one to two percent mortality rate; it concludes that between 250,000 and 500,000 Iranians will die from the virus in the next five months. To fight the novel coronavirus, the country needs to increase its intensive care unit (ICU) capacity by nearly four times, from 7,200 to more than 27,000. Iranian hospitals will require more than 30,000 beds and some 10,000 new ventilator machines.

To meet these needs, Iran would have to invest at least $1 billion in its public health sector and recruit nearly 60,000 trained personnel. At the same time, the country should be adopting expansionary fiscal and monetary policies to protect vulnerable populations and small businesses, as the outbreak has damaged one million small businesses and affected at least 20 percent of Iran’s job market, leaving some 60 percent of Iranian households dependent on public assistance to meet their basic needs.

Iran is ill-equipped to cope with an emergency of this magnitude, and sanctions are exacerbating the problem. Before the coronavirus outbreak, U.S. economic sanctions shrank Iran’s economy by 8.7 percent in 2019. Now the disease, sanctions, and falling oil prices have together paralyzed the country, putting the necessary measures for halting the outbreak and saving the lives of hundreds of thousands of citizens effectively out of reach.

Iran is ill-equipped to cope with an emergency of this magnitude, and sanctions are exacerbating the problem.

In an effort to shore up its economy, Iran has requested a $5 billion loan from the International Monetary Fund (IMF), and the administration of President Hassan Rouhani is putting together a $5 billion aid package to indemnify small businesses. But the country’s needs do not stop there. Based on the rate of absolute poverty and number of families in immediate need, the government will have to pay another $5 billion to households for a period of five months. That expense comes at a time when the country is still $1 billion behind on medical equipment and the government is running its largest ever fiscal deficit: 50 percent of its budget, which is equal to $15 billion. The European Union has supported Iran’s request to the IMF and offered its own $21.8 million in humanitarian aid to the country. That aid will help Iran secure needed medicine and medical devices. But the scale of the disaster requires far more than this.

The U.S. government has responded to the unfolding tragedy in Iran with public statements that either understate the catastrophic impact of sanctions or blame Iranian authorities for the corruption and mismanagement that have contributed to the country’s suffering. The United States has long claimed that its economic sanctions squeeze only Iran’s government—that they are not aimed at civilians and do not affect the country’s medical sector. But data from the Office of Foreign Assets Control indicate otherwise.

OFAC processes applications for licenses to import materials that are not prohibited under the sanctions regime—goods that at least in theory include agricultural commodities, medicine, and medical devices. But according to OFAC’s quarterly reports, the U.S. administration approved only 14 percent of license applications for one-time agricultural commodities, medicine, and medical devices in 2017 and 2018. The number was especially low for medical devices, for which only 11 percent of applications were approved. Such unresponsiveness no doubt contributed to a decline in the number of applications by 86 percent—from 220 in the last quarter of 2016 to 36 in the first quarter of 2019.

Sanctions have constricted Iran’s pharmaceutical market, which is one of its most profitable and capital-intensive. The value of Iran’s pharmaceutical and medical industry, which includes drugs, medical devices, and dietary supplements, stood at nearly $6 billion in 2017. The country met more than 98 percent of its internal demand for medicine domestically, but the factories that made this possible depended on imported raw materials. When the United States withdrew from the Iran nuclear deal in 2017, it imposed banking restrictions that made such raw materials difficult, and in some cases impossible, to obtain. The lack of any suitable replacement for these materials, along with a shortage of hard currency due to financial sanctions, put the lives of many citizens at grave risk. For instance, last year a Swedish pharmaceutical company stopped providing wound dressing for patients with epidermolysis bullosa, the lack of which led to several patient deaths in Iran.

The United States needs to acknowledge its role in worsening Iran’s humanitarian crisis.

Today Iran, like most countries struggling with COVID-19, primarily needs ICU beds and ventilators. But because of the sanctions imposed on its central bank in 2019, Iran cannot buy ventilators or other intensive care equipment without the support of the World Health Organization or the EU. Humanitarian trade with Iran must somehow circumvent its central bank. Moreover, immediately after the United States withdrew from the nuclear deal, a number of large companies left Iran—among them was Siemens, which produces and sells ventilators.

Iran’s inability to cope with the pandemic owes at least as much to sanctions as to its own mismanagement and corruption. The United States needs to acknowledge its role in worsening a humanitarian crisis that threatens the lives of hundreds of thousands of Iranians. That economic strangulation can have such consequences should not come as a surprise. In the 1990s, the United Nations placed economic sanctions on Iraq that led that country to drop its health care spending from $450 million per year in 1990 to $22 million in 2002. Child mortality rates rose by a factor of five, and infant mortality doubled. To avoid such an inhumane outcome today, the United States needs to ease Iran’s access to some of its frozen assets and suspend the sanctions for at least a short period of time. For Iranians with serious and urgent medical needs, time is running out.

The U.S. government has often claimed to support the Iranian people and to respect international human rights laws. Among Iranians, such claims will be measured against the yardstick of Washington’s actions during this deadly pandemic. The immediate removal of sanctions on food and medicine, and of all obstacles hindering trade in these sectors, is essential. 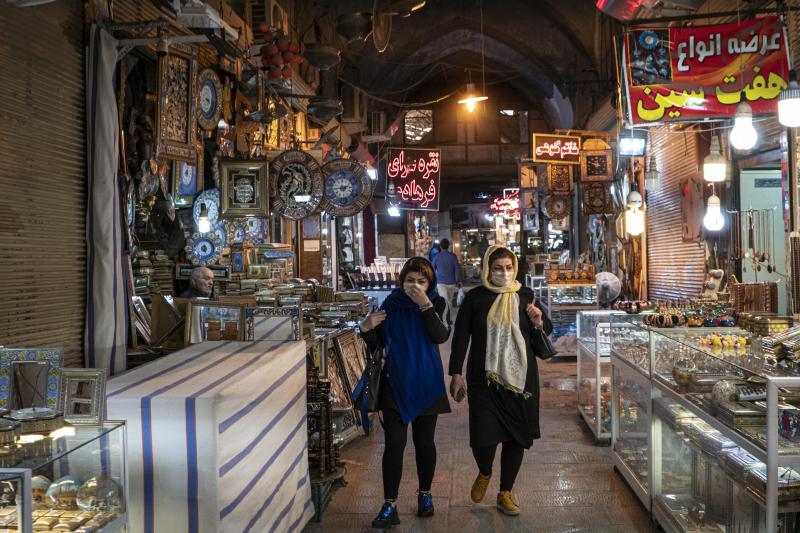 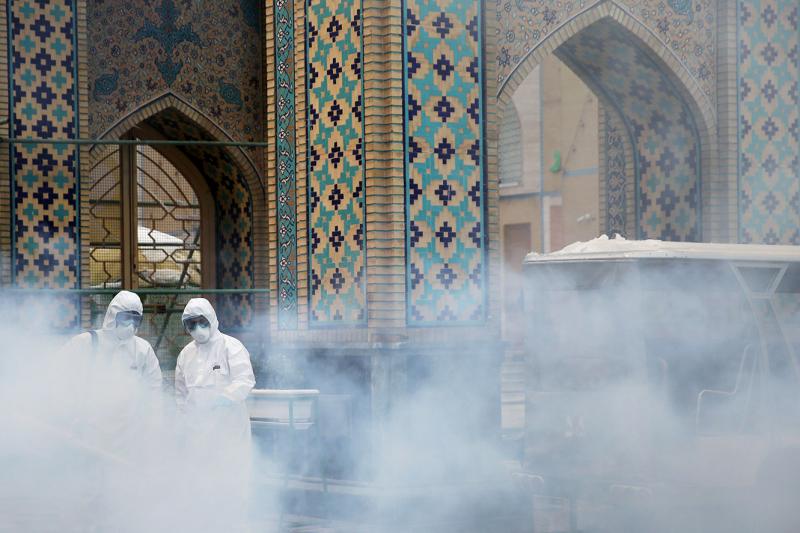