Iran’s supreme leader, Ayatollah Ali Khamenei, has sent some apparently mixed messages about his country’s intentions regarding its nuclear program. In early February, he vowed that once the United States completely lifted economic sanctions, Iran would return to full compliance with the 2015 nuclear deal. But just two weeks later, Khamenei declared that Iran might enrich uranium up to 60 percent purity if the country needed it. Moreover, he has lent his support to a new law in the Iranian parliament putting an end to the International Atomic Energy Agency’s inspections of the country’s nuclear facilities.

Iran isn’t just playing hardball. Its toughened stance genuinely reflects the mood of a country that no longer sees the West as a likely economic partner. The reimposition of U.S. sanctions under President Donald Trump discredited for many ordinary Iranians the usefulness of diplomacy, even as it hardened a distribution of wealth that favors hard-liners. Washington may have turned the screws on Iran’s economy in the hope of weakening the hand of its political elite—but instead, Trump’s “maximum pressure” campaign led to a consolidation of economic and political power in Iran that militates against compromise.

During the first two years of maximum pressure, and even before the outbreak of the novel coronavirus, U.S. sanctions led to the contraction of Iran’s economy by almost 12 percent, its per capita real income by 14 percent, and the country’s oil exports by 80 percent. To judge from Iran’s Households Income and Expenditure Survey, administered by the Statistical Center of Iran, the country’s absolute poverty rate rose by 11 percent between March 2018 and March 2020, while the average living standard dropped by 13 percent nationally. The national currency lost almost one-fourth of its value, leading the minimum wage value to drop from $260 to almost $70 per month, while the cost of a food basket of 2,100 kilocalories almost tripled. In 2017, 27 percent of Iranians could not meet the basic daily nutritional requirement of 2,100 kilocalories. The proportion of the population suffering such deprivation rose to 40 percent in 2019. In this period, Iranian families spent less on education and entertainment, respectively, by 30 percent and 32 percent.

Trump’s maximum pressure campaign altered the social class structure of the country by moving a significant portion of the middle class to the poverty level. The result has been to stigmatize the idea of engagement with the West as a solution to Iran’s economic woes.

Trump’s sanctions have been almost twice as devastating as those of his predecessor, President Barack Obama. But because Trump’s sanctions came without any clear incentive or objective, they did not produce domestic political pressure for compromise or negotiation with the United States. During Obama’s sanctions, the presidential candidate Hassan Rouhani promoted the idea that Iran’s economic and social problems were tied to the country’s isolation and argued that diplomacy and engagement were the key to overcoming these problems. Rouhani won the presidency in 2013 on that argument. No such argument seems plausible today.

Iran's toughened stance reflects the mood of a country that no longer sees the West as a likely economic partner.

Rouhani raised public expectations about the likely benefits of an agreement, and he kept his promise to some parts of the Iranian electorate. During the lifetime of the 2015 nuclear agreement, Iran’s economic growth rate rose by 17 percent, generating 3.5 million jobs, mostly for small businesses in the service sector in large cities. The poverty rate in Tehran and large cities dropped—in the case of Tehran, to below 20 percent after the deal’s implementation. Again judging from the households survey, 45 percent of Iran’s population in 2017 could be considered economically middle class—neither poor nor at risk of poverty.

But the Rouhani administration lost critical ground in failing to distribute the benefits of the nuclear deal equally among the different segments of the society. In small towns and villages, unemployment and poverty remained at the same level as before. For poor families in these areas, the lifting of U.S. sanctions between 2015 and 2018 neither brought new jobs nor put food on their tables. The rural poverty rate has remained above 40 percent since 2013, with no marked change following the nuclear agreement. A flood of new sanctions in 2018 then vastly increased the number of poor Iranians, from 22 million to 32 million, and shrank the size of Iran’s middle class from 45 percent to 30 percent by March 2020. The poverty rate is expected to rise to 45–48 percent in 2021.

The unequal distribution of the 2015 nuclear deal’s benefits, alongside the growth of poverty after the imposition of new sanctions, served to disabuse the lower strata of Iranian society of any notion that diplomacy and engagement would remedy their economic pain. A campaign such as the one Rouhani ran in 2013 would run up against the hard experience that life for many in Iran first got no better, and then got worse, after the country entered a deal to curb its nuclear program.

The Trump administration succeeded in altering the class composition of Iranian society and significantly increasing the level of hardship in the country, but not in producing results beneficial to U.S. interests. Rather, the new sanctions accelerated the militarization of Iran’s economy. The state now runs a large public budget deficit and has accumulated debt to private contractors that has bankrupted many of them. Those private contractors have accounted for nearly 25 percent of job creation in Iran in recent decades; they were also one of the main sources of funding for reform-minded politicians over the last 25 years. Now most of the top private contractors are bankrupt, and Khatam‑al Anbiya Construction Headquarters and Jahad-e Nasr Institute, both affiliated with the Islamic Revolutionary Guard Corps (IRGC), have horned in on their market. While in the past two years, 13 out of 14 top private road construction companies declared bankruptcy, Khatam‑al Anbiya Construction Headquarters has announced that the number of its road construction projects has doubled since 2019.

The IRGC has seized the opportunity to make itself socially as well as economically indispensable. During Iran’s descent into hardship, charity-based student camps affiliated with the IRGC have stepped into the breach, expanding their social base by providing relief and community support in poor areas. The IRGC cracked down on independent activists and suppressed civil society organizations such as Imam Ali’s Popular Students Relief Society—and then took it upon itself to distribute food packages to millions of disadvantaged families. The IRGC took advantage of these optics to undermine the credibility of Rouhani’s administration, claiming that instead of addressing poverty, as the paramilitary campaign was doing, Rouhani was wasting time and energy on useless nuclear talks.

Iranian political elites, particularly reformists, are now left to answer some difficult questions from a public that has come to see never-ending sanctions as a defining component of U.S. policy toward Iran. Can proponents of engagement guarantee that resolving concerns about Iran’s nuclear and missile programs, for instance, won’t just lead the Americans to fasten onto a new issue in order to bring sanctions back? A country at continuous risk of U.S. sanctions is unlikely to attract substantial foreign investment. So does it really make sense to advocate engagement with the West—especially given that the International Monetary Fund has projected that Iran will return to 3.2 percent growth in 2021, even under current constraints?

Iranian hard-liners have not only consolidated their economic power but succeeded in casting doubt on the wisdom of diplomatic engagement as a means of improving ordinary people’s lives. Through the major media outlets they control, hard-line political factions argue that “resistance,” not engagement, will allow Iran to force a better deal: one in which the United States will finally be forced to recognize Iran’s rights as an emerging power in the Middle East.

Those in the United States who oppose lifting sanctions in exchange for Iranian compliance unintentionally reinforce the Iranian hard-line narrative that Trump’s approach was the rule rather than the exception in terms of U.S. policy. According to this understanding, economic sanctions will remain an integral part of U.S. Iran policy no matter who is president and whether Tehran pursues engagement or not. In fact, to curb Iran’s missile program and its regional influence, the United States will seek to build even more economic leverage, through more sanctions. Opponents of engagement in Tehran brandish this prospect to prove that the United States is not living up to its commitments—rather, it is playing an endless game. The truth is that circumstances have changed since 2015 for both countries. Trump’s self-defeating policy has made compromise less appealing and more costly for Iran. 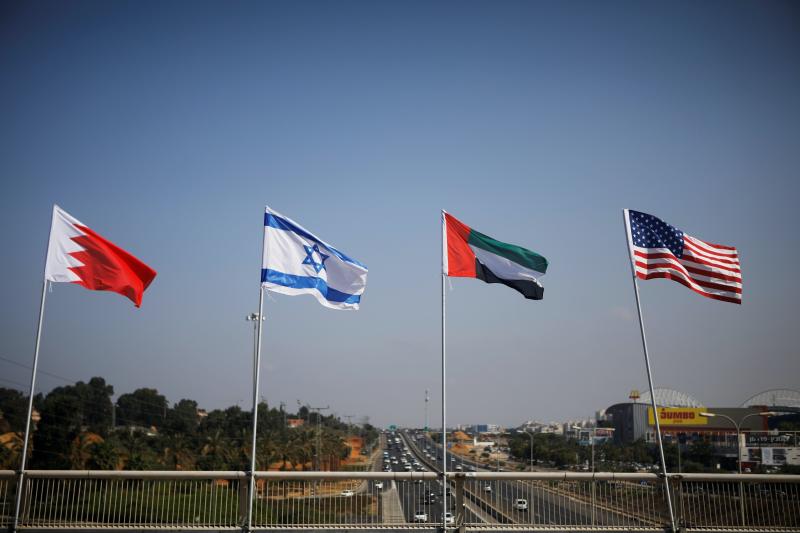 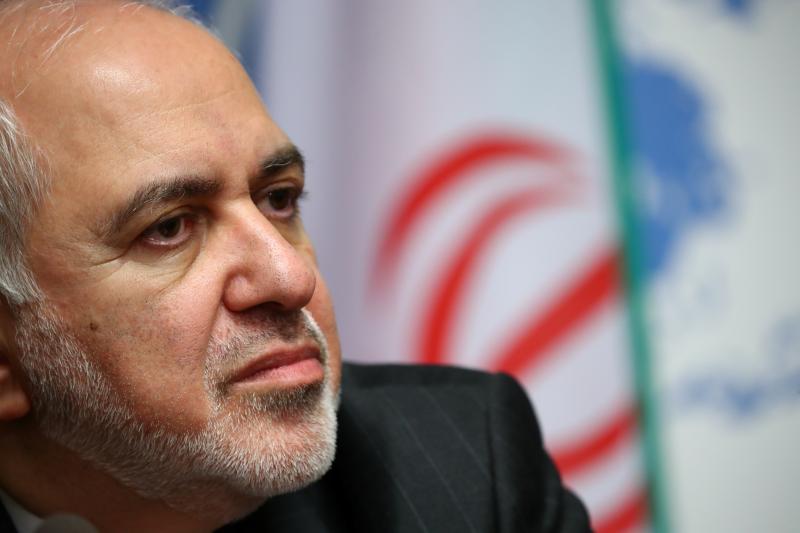