In the wake of the Brexit crisis, the idea of a united Ireland has returned to the political agenda. Politicians in both parts of a divided country believe that Irish unity is a credible prospect over the coming years, whether they find that prospect welcome or deplorable. Sinn Féin, the main nationalist party in Northern Ireland, has called for a post-Brexit referendum on Irish unity, stressing the risk of economic disruption for a region that voted against Brexit by a wide margin. Leading unionist politicians have also warned that a border poll may become unavoidable, although they still hope to carry the day in the event of a vote.

But if the idea of Northern Ireland joining up with its southern neighbor now seems plausible, that stems from a different factor altogether—long-term demographic change, without which a vote in favor of Irish unity would be impossible to imagine. In 1920, when Northern Ireland was first established, Protestants outnumbered Catholics by an overwhelming margin: 65 to 35 per cent. In the last census, conducted in 2011, the gap had narrowed to just three percentage points: 48 to 45 percent. The Catholic population also has youth on its side, with Catholics outnumbering Protestants among those below the age of 35. Whatever the outcome of the Brexit process, it is reasonable to expect that sooner or later Northern Ireland will have a Catholic plurality, opening the door to reunification of the whole island.

In the Irish context, “Protestant” and “Catholic” are much like “Serb” and “Croat” in the Balkans: markers more of ethnonational allegiance than of religious belief. In general, members of the Catholic community identify with the Irish nation, their Protestant counterparts with the British. With national identity so closely linked to communal heritage, the pace of change tends to be gradual, if not glacial. It has taken decades to reach the point where a future referendum in favor of Irish unity seems remotely plausible.

Northern Ireland was designed to be impervious to demands for constitutional change.

Northern Ireland was designed to be impervious to demands for constitutional change. Nearly a century ago, the British partitioned the island as part of a deal granting independence to a new Irish state. At the time, Ulster—the region that makes up the northern part of the island—was the only one of Ireland’s four provinces with a Protestant, unionist majority. As such, it was the only place where British rule could endure in an age of mass democratic politics. Still, the creators of Northern Ireland took no chances: Ulster traditionally had nine counties, but the unionist leaders decided to cast off three counties with large Catholic majorities, locking in a statelet with a seemingly insurmountable Protestant majority.

Those who sought a united Ireland never imagined that change might come from within. Instead, they tried to pressure the British government to act over the heads of Northern Ireland’s unionist majority. That pressure sometimes took the form of diplomatic lobbying, as when the Irish government launched an anti-partition campaign in the late 1940s that was greeted with crushing indifference by the rest of the world. It also took the form of guerrilla warfare, from the Irish Republican Army’s ineffectual Border Campaign of 1956–62 to the group’s much more lethal insurgency that began in 1971 and claimed the lives of more British soldiers than the wars in Afghanistan and Iraq put together.

When the IRA began that insurgency, the demographic picture had barely changed since the moment of partition: in 1971, Catholics made up barely 37 per cent of the population. Their birth rate was higher than that of the Protestant majority, but Catholic emigration was also more substantial: between 1926 and 1981, Catholics were twice as likely to leave the country as Protestants, slowing down their community’s growth at home. Emigration rates reflected the contrasting economic prospects that lay before the two communities. Many Catholics were unemployed or performed low-paid work; Protestants had the lion’s share of skilled manufacturing jobs and greater access to professional and managerial positions.

The conflict that came to be known as the Troubles dragged on for the better part of three decades, underpinned by two rival understandings of self-determination. For the British government and the unionist parties, the will of the Northern Irish majority was of paramount importance. Without their agreement, there could be no move toward Irish unity—a position that became known as the consent principle. For the IRA and its political wing, Sinn Féin, Northern Ireland itself was an illegitimate political entity—the product of sectarian gerrymandering—and its unionist majority should be trumped by the nationalist majority across the whole island. The IRA and Sinn Féin scornfully referred to the consent principle as the “unionist veto” and vowed to overturn it. Yet they were never strong enough to impose their idea of self-determination on the other political actors. The consent principle was firmly embedded in the Good Friday Agreement, the landmark treaty that ended the conflict in 1998.

The Good Friday Agreement included a clause mandating a referendum on Irish unity “if at any time it appears likely … that a majority of those voting would express a wish that Northern Ireland should cease to be part of the United Kingdom and form part of a united Ireland.” To some of the agreement’s unionist critics, this was a dangerous concession. The Catholic population of the North had already begun to creep upward, from just over 41 percent in 1991 to almost 44 percent ten years later. Anti-agreement unionists mocked up a poster of the Titanic, famously launched from Belfast’s shipyards, with the slogan “they said it was safe too.” This was great semiotics but poor demography—or so it seemed. In the first post-Agreement election, unionist parties bested their nationalist rivals by ten percent. Five years later, the same picture emerged. The Catholic population might be growing, but the union with Britain still looked to be secure.

It is not clear that Irish nationalists would decisively vote for reunification if given the chance.

By 2011, the electoral gap had narrowed somewhat. But turnout had dropped precipitously, too, so mapping the results onto a hypothetical referendum on Irish unity was a dubious exercise. After all, a once-in-a-generation vote on Northern Ireland’s constitutional status was bound to attract far more people to the polling stations than a regular election. Adding to the uncertainty was the substantial portion of votes cast for parties that defined themselves as neither nationalist nor unionist—almost ten percent in 2011.

That surprising result owed a great deal to the recent economic crisis in the Republic of Ireland. The crash of 2008 hit the southern economy especially hard: its banking and construction sectors collapsed and GDP fell by 8.5 percent in just 12 months. By the end of 2010, the Irish government was forced to rely on outside financial support from the troika of the European Union, the European Central Bank, and the International Monetary Fund.

There had always been pessimistic and optimistic versions of what reunification would mean for the island’s economic prospects. Skeptics pointed out that Northern Ireland relied on a large subsidy from London to cover its public expenditures, which would be a heavier burden for the much smaller Irish state to carry. Optimists argued that an all-Ireland economy would unlock growth potential that partition had stifled. But with the Republic of Ireland mired in such a deep recession, public opinion in Northern Ireland swung toward pessimism even among nationalists. If demographic change did in fact produce a Catholic majority, it still might not translate into a vote against partition.

Brexit has inverted this calculus once again. The terms of the impending separation from the European Union remain uncertain, but nothing since the June 2016 referendum has discouraged the belief that the end result will be messy and disruptive. In the event of a no-deal Brexit, Northern Ireland will take a much bigger and more immediate hit than the rest of the United Kingdom, because of its reliance on cross-border trade with the south. In a region that voted to remain in the EU by a solid majority (56 to 44 percent), that prospect is widely and bitterly resented. Especially among soft nationalists and soft unionists—those who take a more pragmatic and transactional view of the union with Britain—the shock of a chaotic Brexit could push more voters to embrace Irish unity as a safer option than remaining tethered to the United Kingdom.

Polling on a united Ireland has fluctuated since the Brexit referendum, and there is certainly no guarantee that a plebiscite on the border would deliver the result that nationalist parties crave. One survey in September 2018 gave opponents of Irish unity an advantage of five percent over its supporters. Another, conducted in June 2019, had a much wider gap, with 45 percent opposed to reunification, 32 percent in favor, and 23 percent undecided. But the general trend has been toward greater support for an end to partition. After the 2017 Northern Ireland Assembly election and this year’s European poll, the region now has a well-consolidated non-unionist majority. (This is, to be clear, not the same as a nationalist majority, since it includes parties that remain agnostic on the issue.)

Even the staunchest of unionists acknowledge that Brexit has changed the overall dynamic. Peter Robinson, the former leader of the Democratic Unionist Party (DUP), recently warned that it might soon be necessary to defend the status quo: “Too many unionists take the longevity of the Union for granted.” Robinson counseled his party not to waste its energy opposing reforms sought by nationalists that did not affect the region’s constitutional status. (The DUP’s opposition to a bill that would promote the Irish language, for instance, has become a matter of huge symbolic importance to Sinn Féin and its supporters.) Above all, he urged unionist politicians to resurrect the power-sharing arrangement with their nationalist counterparts that collapsed in early 2017.

Robinson’s advice was sensible, even if his party shows little sign of taking it to heart: demographic change has brought Northern Ireland to the point where a vote in favor of Irish unity seems possible. Politics will determine whether that possibility is realized. 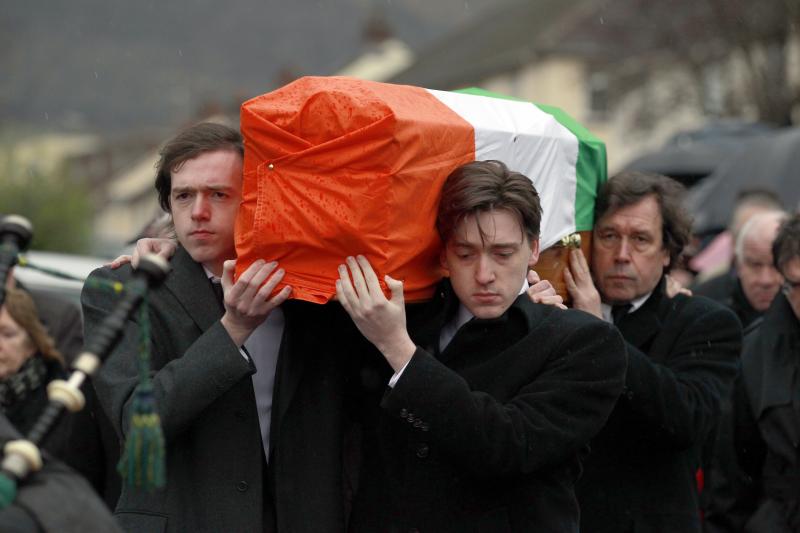 The Price of Peace in Northern Ireland

“Say Nothing” Shows How Slow Reconciliation Can Be 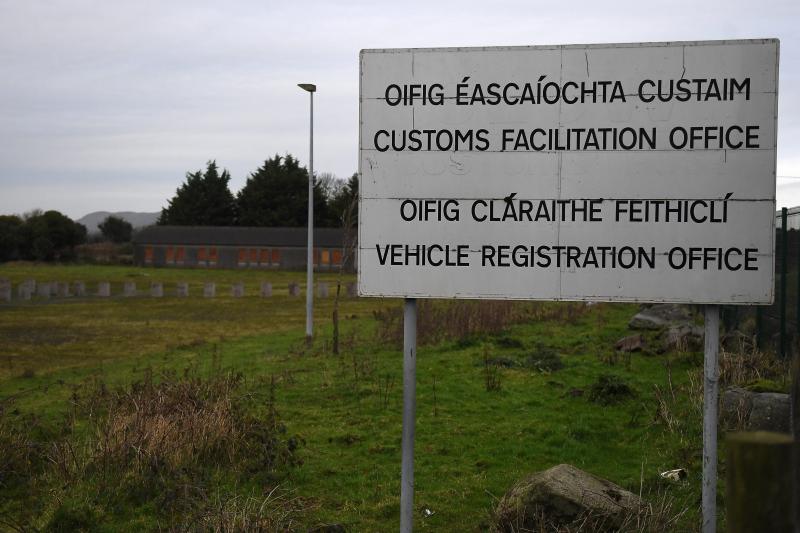 The Return of the Irish Question