Will Israel and the Gulf States Form a United Front Against Iran?

By Yoel Guzansky and Daniel B. Shapiro

Something is brewing between Israel and its Arab Gulf neighbors, at least if public diplomacy is any indication. When Israel’s foreign minister, Israel Katz, traveled to a conference in Washington last month, he publicly met, shook hands, and stood for a photo with his counterpart from Bahrain, Khalid bin Ahmed Al Khalifa. Earlier in July, Katz had flown to Abu Dhabi to take part in a UN conference, while Yossi Cohen, director of the Israeli intelligence agency Mossad, claimed that Israel had received approval to open a diplomatic mission in Oman. The Omani government, which took the unusual step of playing host to Israeli Prime Minister Benjamin Netanyahu last year, halfheartedly denied the announcement, but there is little doubt that some form of rapprochement is under way behind the scenes.

Not long ago, such a thaw in Arab-Israeli relations would have been unthinkable, and many view the recent flurry of diplomatic activity as heralding a rapprochement of historic proportions. There is some truth to this narrative. The monarchs of Gulf states no longer consider the Palestinian issue as central a priority as they once did. The Israeli-Palestinian conflict, long a seemingly insurmountable barrier to closer ties, has therefore receded into the background, allowing the Gulf state governments to take public, if cautious, steps toward normalizing their relations with Jerusalem. They have even acquiesced to the Trump administration’s paradigm-shifting pro-Israel policies, such as moving the U.S. embassy to Jerusalem and recognizing Israeli sovereignty in the Golan Heights.

The convergence of interests between Israel and the Gulf states is narrow and possibly temporary.

But the détente has its limits. The convergence of interests between Israel and the Gulf states is narrow and possibly temporary, centering on a shared desire to contain Iran and its proxies in the region. Abu Dhabi, Riyadh, and other Gulf governments benefit from quietly working with Jerusalem toward that objective. But the cost of more open measures—such as formally establishing relations with Israel—still outweigh the benefits, and no Gulf state is yet prepared to take that gamble. When pressed, Gulf officials say that such relations must wait until Israel makes much greater progress toward resolving the Palestinian issue. Before agreeing to relations to the next level, Gulf states would demand a greater return on their investment from Jerusalem, such as scaling back settlement activity in the West Bank or accepting the Arab Peace Initiative, or from Washington, in the form of more decisive action against Iran.

Both Israel and the Gulf states consider Iran a threat, and both thought that the 2015 Iran deal only intensified the country’s aggressive regional appetite without ending its long-term aspirations or abilities in the nuclear realm. As such, these states shared a dim view of former U.S. President Barack Obama’s outreach to Iran and look more favorably on the Trump administration’s more confrontational policy, which they seek to reinforce. Given this convergence of interests, the Gulf states have grown more receptive to U.S. calls for normalizing relations with Israel. The Trump administration argues that normalization would make the Israeli leadership more receptive to the peace initiative it plans to present.

Israeli-Saudi relations are currently at a high point. When Saudi Arabia took over two Red Sea islands from Egypt in a 2017 agreement, Riyadh apparently struck side agreements with Jerusalem to guarantee Israeli freedom of navigation in the area and to allay other security concerns. In 2018, Saudi Arabia allowed Air India flights to pass through Saudi airspace on their way to Israel. In taking these steps, it went further toward recognizing Israel as a legitimate state than ever before. Israel, for its part, does not regard Saudi Arabia and the other Arab Gulf monarchies as enemy states ; it allows Israelis to travel to the Gulf and, in recent years, has even acquiesced to U.S. sales of advanced weaponry to Saudi Arabia and the United Arab Emirates, which it once sought to limit.

Saudi Arabia has gone further toward recognizing Israel as a legitimate state than ever before.

Saudi leaders have worked to improve Israel’s image in the eyes of the public. They have allowed various Saudi figures to meet publicly with Israelis and even featured senior Israeli spokespeople on Saudi news media. In November 2017, for instance, the Saudi news website Elaph published an interview with Gadi Eizenkot, then the chief of staff of the Israel Defense Forces, in which he suggested that Israel could share intelligence with Saudi Arabia in their joint struggle against Iran. Saudi Arabia also permits, and likely encourages, bloggers to promote normalization with Israel. One of those bloggers, Mahmoud Saud, received a permit from his government to make a public visit to Jerusalem in July as part of a six-person media delegation from the Arab world that met with the chair of the Knesset’s Foreign Affairs and Defense Committee, Avi Dichter.

That the Saudi government has allowed or promoted these exchanges suggests that it is seeking to acclimate the Saudi public to more open relations with Israel. The strategy is beginning to work: in a 2017 survey by the Washington Institute for Near East Policy, two-thirds of Saudi respondents agreed that “Arab states should play a new role in Palestinian-Israeli peace talks, offering both sides incentives to take more moderate positions.” Likewise, around 20 to 25 percent of Egyptians, Jordanians, Emiratis, and Saudis agree at least “somewhat” that Arab states should work with Israel, even when the question doesn’t mention the Palestinian issue.

The Saudi government is willing to go only so far, however. In April 2018, Saudi Crown Prince Mohammed bin Salman made waves when he admonished Palestinian leaders for “rejecting peace with Israel,” warning that they should accept peace proposals or “shut up.” The crown prince’s unusually blunt comments seemed to suggest that the Saudis were prepared to move toward normalization with Israel without waiting for the Palestinians. But that has not happened. As long as no genuine progress takes place in the peace process, the kingdom must keep Israel at an arm’s length, at least publicly.

The Saudis have not shown that they can get the Palestinians to agree to anything that departs from the Arab consensus of the last two decades.

To be sure, the Saudis have helped the United States advance a region-wide Israeli-Palestinian peace plan and have pressured the Palestinians—in vain—to moderate their positions, including urging them to moderate their response to the move of the U.S. embassy to Jerusalem. But some influential figures have stuck to the kingdom’s traditional talking points. Adel Al-Jubeir, a high-ranking Saudi official and former Foreign Minister, recently reiterated the need for Israel to adopt the Arab Peace Initiative, the Arab League–endorsed peace plan first issued by Saudi King Abdullah in 2002 and revised in later years, whose central provisions Israel has never accepted. Jubeir said he was willing to moderate the terms of the proposal, but only “on the condition that the Palestinians agree to it.” So far, the Saudis have not shown that they can get the Palestinians to agree to any proposal that departs from the Arab consensus of the last two decades.

The Saudi regime has little trouble bringing the country’s elites along with its policy choices. The royal family and its associates tend to view relations with Israel pragmatically, not in religious terms, and concessions to Israel are acceptable if they serve the regime’s geopolitical interests vis-à-vis Washington and Tehran.

But the public is another matter, and the government fears that going too far too fast will provoke a backlash. The effects of decades of anti-Israel and even anti-Semitic messages in the Saudi news media, and the longstanding sympathy that Arab publics feel for the Palestinian cause, will not disappear in the near term, even as more pragmatic views begin to gain a foothold. And the domestic political situation in the kingdom is particularly sensitive. Mohammed bin Salman has taken measures to fortify his power and status and has yet to fully consolidate his power, and it is doubtful that the royal family will hazard courting further criticism by normalizing relations with Israel too quickly. The risk to political stability of a policy at odds with the attitudes of a skeptical public will keep Saudis and Arab Gulf state leaders paying lip service to the Palestinian cause.

The next year in U.S. foreign policy will put Gulf states’ ambitions and caution to the test. In the 12 months to come, the United States will present its peace plan for Israel and Palestine. It will continue its pressure campaign against Iran. And President Trump will near the end of his first term with uncertain prospects for reelection.

The Saudis may be willing to draw a little closer to Israel in the hope of gaining credit with the Trump administration and urge Washington to intensify economic, diplomatic, and possibly even military measures against Iran in return. In theory, the combination of these steps—gradual normalization between Saudi Arabia and Israel, regional support for Trump’s peace plan, and greater pressure on Iran—could offer a way forward.

But the clock is ticking. Much as Israel and the Gulf states may prefer to see a second Trump term, they need to prepare for a potential new U.S. administration with a different approach. Any U.S. administration will support steps toward Arab-Israeli normalization. But a Democratic U.S. president might ease pressure on Iran and resume nuclear talks. A new president could also revive Israeli-Palestinian diplomacy along more traditional lines, with direct dialogue with the Palestinians and calls for compromise by both sides and a two-state solution. In that case, the Saudis and their Gulf partners may view their investment in warmer ties with Israel as delivering diminishing returns. The rapprochement is real. But set in stone it is not. 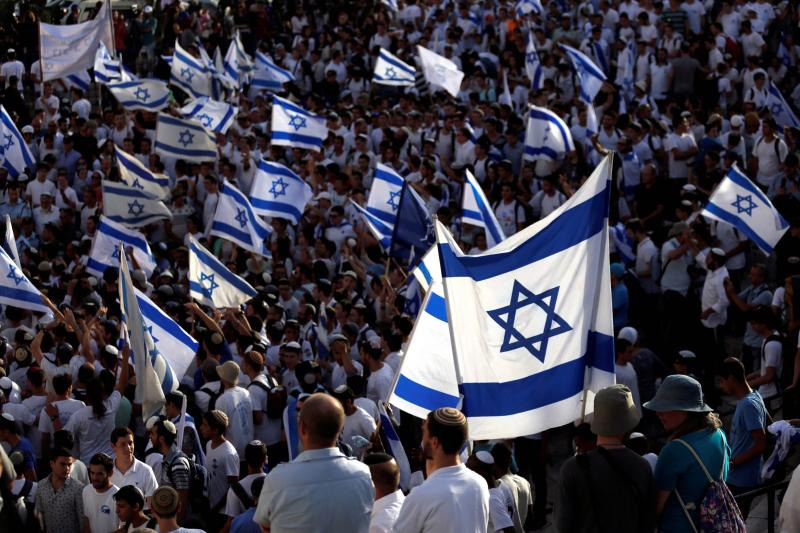 Israel and the Arab States

A Historic Opportunity to Normalize Relations? 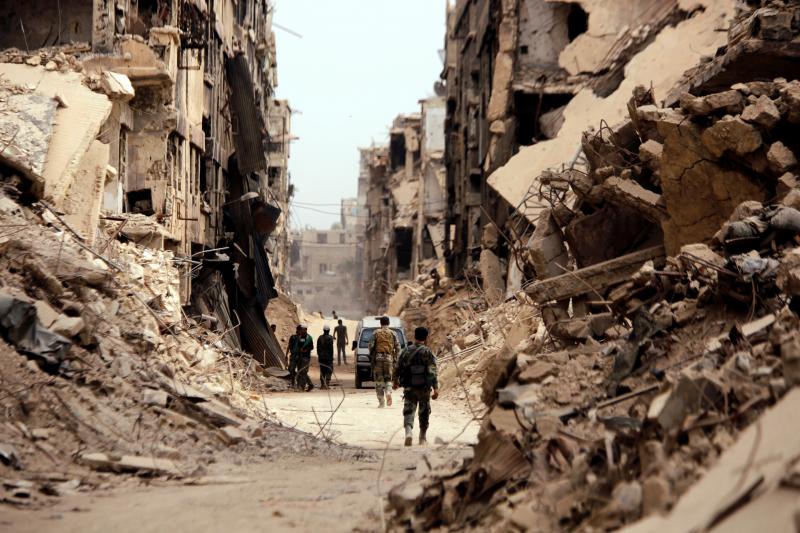