The past year has witnessed a fundamental shift in Arab-Israeli relations. First came the Abraham Accords, signed to much fanfare at the White House on September 15, 2020. In separate agreements, the United Arab Emirates and Bahrain pledged to normalize relations with Israel. Morocco and Sudan followed suit weeks later. Heralding their success in negotiating the historic accords, some officials from the administration of then U.S. President Donald Trump suggested that normalization was no longer pegged to the status of the Palestinians—an issue that for decades had made Israel’s deep integration into the region impossible. Last year’s deals did require that Israel refrain from de jure annexation of additional territory in the West Bank. But the UAE and the other signatories did not hold out for more far-reaching concessions, such as an end to the Israeli occupation or the establishment of a Palestinian state, before signing.

Fast-forward to May 2021, when violence in Gaza presented the first real test of whether this normalization process could be separated from the Palestinian question. Following weeks of escalating tensions, driven by the threat of forcible Palestinian displacement in Jerusalem and Israeli police officers’ use of force against Muslim worshipers at the al Aqsa mosque, Hamas launched rockets at Israel from Gaza. Israel, in turn, bombed Gaza, toppling apartment and office buildings. By the time the fighting ended, 260 Palestinians and 13 people in Israel had died. Tens of thousands of Palestinians were displaced from their homes in Gaza. Images of Palestinian suffering filled the airwaves, evidence of an Israeli occupation that remains inherently violent and unstable.

Emirati officials criticized Israel’s treatment of the Palestinians at the time, but the UAE did not cut ties with Israel or freeze the two countries’ diplomatic opening. The message was clear: Israeli-Palestinian confrontations would not delay or derail the process of Emirati-Israeli normalization. In June, Foreign Minister Yair Lapid became the first Israeli minister to make an official visit to the UAE, where he attended the opening of the Israeli embassy in Abu Dhabi and consulate in Dubai. The UAE inaugurated its embassy in Tel Aviv shortly after. And in July, the two countries signed their first agricultural cooperation agreements. At the same time, Israeli-Palestinian relations have remained tense, despite Egypt’s efforts to de-escalate the situation through indirect talks with Hamas and the Israeli government. In short, Arab-Israeli relations and the Israeli-Palestinian conflict are now on sharply divergent trajectories. Regional diplomacy has left the situation in Palestine no closer to a peaceful resolution than it was before normalization began.

For decades, the fate of Palestine was a prominent issue—if not the central issue—in Arab politics. In 1974, the League of Arab States declared the Palestine Liberation Organization (PLO) to be the sole legitimate representative of the Palestinian people. Israel desired recognition from and normalization with countries in the region, giving the Arab states a bargaining chip in the effort to resolve the Israeli-Palestinian conflict. The sequence was important: address Palestine first, then pursue economic and diplomatic engagement with Israel. Limited multilateral negotiations began in the 1990s with the Madrid and Oslo processes, but it was not until the 2002 Arab Peace Initiative that the outlines of a more comprehensive bargain took shape. Led by Saudi Arabia and approved by the entire Arab League, at its core this proposal called for the creation of an independent Palestinian state in exchange for the Arab states establishing “normal relations with Israel.”

Yet as they pushed for a deal to address the Israeli-Palestinian problem, the governments of Arab states also pursued their national interests—even if doing so put them at odds with PLO policy or Palestinian interests. Cracks appeared in the unified Arab front. Egypt breaking ranks was the most consequential: President Anwar al-Sadat first traveled to Jerusalem in 1977 and then went on to sign the Camp David accords in 1978 and the Egyptian-Israeli peace treaty in 1979. This opened the door to limited bilateral economic relations, particularly in the energy sector. But in the regional standoff with Israel, the agreements took Egypt’s military, previously the linchpin of the united Arab forces, out of the equation.

Regional diplomacy has left the situation in Palestine no closer to a peaceful resolution than it was before.

Sadat did, however, take care to find a plausible fig leaf for his apparent decision to prioritize Egypt’s desire for peace over a resolution for Palestine. After signing the peace treaty, he joined U.S.-mediated talks with Israel regarding Palestinian autonomy. The talks were short-lived, and Egypt was ostracized for several years by its Arab neighbors on account of its dealings with Israel.

By 2020, the governments of Bahrain, Morocco, Sudan, and the UAE saw no need to find political cover for their own agreements with Israel. And on the question of Palestine, they got very little from Israel in return for normalization—no pledge to negotiate with Palestinian leaders, no commitment to Palestinian rights or independence, and nothing about ending the Israeli occupation. Israel promised only temporary restraint in a plan, supported by the Trump administration, to formalize its de facto annexation of parts of the West Bank.

The Abraham Accords were thus a rejection of the central tradeoff embedded in the Arab Peace Initiative. That proposal itself was not moving forward—Israel had never embraced it—but now the UAE and other states in the region have dismissed the sequencing at its core. Their new approach has not resolved the Palestinian side of the problem. Although Israel and the UAE have strengthened their intergovernmental relationships and ties between commercial and educational entities, the Israeli-Palestinian issue has stagnated. Left unaddressed, a nationalist movement—especially one with the strong international recognition of the Palestinians’ movement—does not simply fade away.

If there was ever any hope that normalization would temper the Israeli-Palestinian conflict, the events in April and May of this year demonstrated otherwise. At the start of Ramadan, Israeli police barred Palestinians from congregating at the Damascus Gate in Jerusalem’s Old City. Meanwhile, a long-running Israeli legal and political effort to forcibly remove Palestinians from their homes in Jerusalem’s Sheikh Jarrah neighborhood moved toward a conclusion favoring Israeli settlers. Israeli security forces tried to suppress the Palestinian protests that followed. Officers entered the al Aqsa mosque, firing tear gas and stun grenades at Palestinian worshipers. Within Israel’s pre-1967 borders, violent clashes between Palestinian and Jewish citizens of Israel erupted on the streets.

Those incidents showed just how far away a resolution remains. For one, every part of historic Palestine’s geography is in play. Israeli displacement of Palestinians is not a possibility just in the West Bank and in Gaza; in Jerusalem and inside the pre-1967 borders, too, the drive for Jewish demographic and territorial advantage continues. With such efforts underway, Israel’s temporary pledge not to annex parts of the West Bank is even more underwhelming.

The upheaval also demonstrated that Palestine will not go quietly. The protests and crackdown in Jerusalem, Palestinian President Mahmoud Abbas’s cancellation of elections, Hamas’s attack, and Israel’s aerial bombing campaign all prove that this issue remains a live wire. And it retains international resonance: protests in support of the Palestinians were held across the Middle East, including in Lebanon and Jordan, and in other parts of the world. Images of both Israeli repression and Palestinian resistance were shared widely over social media, eliciting loud expressions of solidarity. Clearly, normalization agreements and economic summits are not a route for regional powers to minimize the Palestinian issue.

On the question of Palestine, Arab governments got very little from Israel in return for normalization.

Through it all, the signatories to the Abraham Accords offered only mild criticism. During the initial protests in Sheikh Jarrah, a UAE Foreign Ministry statement called on Israel to “assume responsibility toward de-escalation and [put] an end to all aggressions and practices that perpetuate tension and hostility.” As the clashes grew more violent, UAE Minister of State Khalifa Shaheen al-Marar echoed the call for de-escalation and restraint and “to preserve the historical identity of occupied Jerusalem.” Emirati airlines paused flights to Israel. Other states joined in: Bahrain appealed to Israel to stop the “provocations against the people of Jerusalem.” Morocco expressed “deep concern.” The leader of Sudan’s transitional government stated that “what is happening in Gaza against defenseless civilians is regrettable” but maintained that normalization and the push for a Palestinian state should be treated as separate matters.

The case of the UAE is particularly revealing—especially considering what did not happen. Concern for the Palestinians did not trump the UAE’s underlying interest in stronger ties with Israel. For the Emiratis, this relationship serves as a counterweight to Iranian influence, a facilitator of access to U.S. arms, an alternate source of security should the United States wind down its regional presence, and a potential economic boon. When clashes broke out in Jerusalem and bombs fell on Gaza, the UAE did not break ties with Israel or offer harsh condemnation. It did not try to walk back the Abraham Accords or recalibrate its relationship with Israel. Instead, the Emirati-Israeli partnership continued to develop. In late May and early June—just days after the Israeli-Palestinian conflagration ended with a cease-fire—Israel and the UAE signed a tax treaty, Dubai hosted a Global Investment Forum with Israeli sponsors and high-profile Israeli speakers, and a Holocaust exhibit opened in Dubai. New diplomatic offices and cooperation agreements have strengthened bilateral relations even further over the summer.

The coexistence of official Arab-Israeli normalization and Israeli occupation once seemed unlikely, but it is now reality. Normalization between Israel and some Arab states may now proceed uninhibited by the status of Palestine, though it is unlikely to transform the situation on the ground or the Palestinian national movement. The Israeli occupation—and Palestinian resistance to it—continues.

The new paradigm is not immutable, however. If the scale, intensity, or frequency of the repression of Palestinians increased or the confrontations between the Israel Defense Forces and Hamas escalated further, the drive for normalization and the reality of the occupation could clash, making the current balance unsustainable. The past year’s steps toward normal relations can still be reversed.

Not all Arab countries are onboard, either. A big question mark still hangs over Saudi Arabia, which even before this spring had resisted urges by the Israeli and U.S. governments to initiate the process of normalization. Thus far, it appears the “normalization despite occupation” model is not acceptable to Riyadh. And although the administration of U.S. President Joe Biden has been supportive of normalization, it has not offered the same inducements that its predecessor did. Whereas the UAE secured advanced fighter aircraft and Morocco obtained recognition of contested territory, other Arab governments cannot expect similarly attractive deals with Washington to facilitate their participation.

Achieving normal relations between states is itself a positive development. But in the case of the Israeli-Palestinian conflict, it would be misguided to consider normalization a panacea. The Palestinian question may not carry the same weight in the region that it once did, but it is not resolved. Notwithstanding Israel’s progress in building ties with some Arab countries, the occupation remains a potent issue and a source of instability. Bypassing it through regional diplomacy will not make it go away. 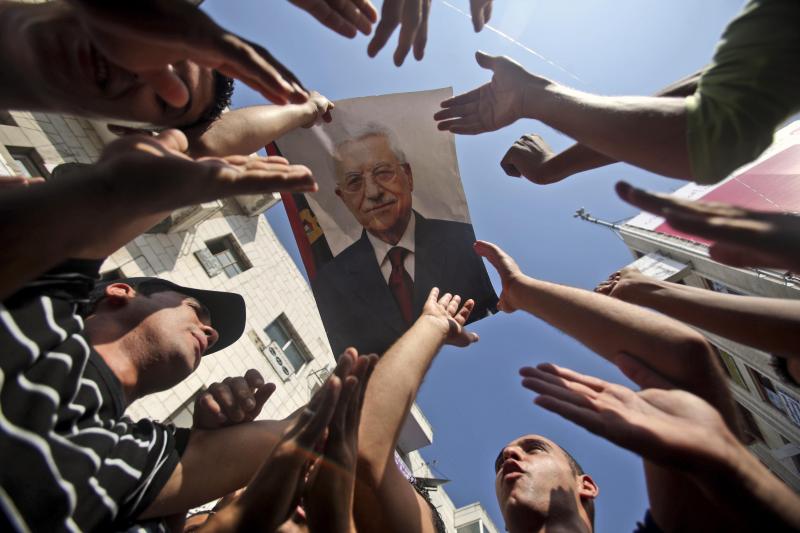 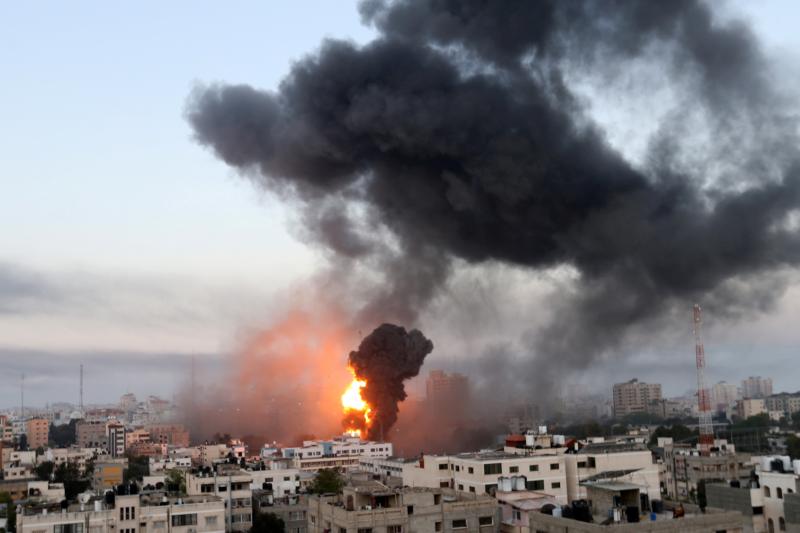