When the COVID-19 pandemic is over, people will again be on the move, crisscrossing the planet in search of career opportunities, education, and better lifestyles. But the destinations and directions of those movements may be forever changed. Life in some countries, including the United States, will appear less desirable than it did before the pandemic. And the very nature of the recent crisis may drive would-be migrants to prize safety, stability, and the ability to maintain family connections.

The United States, whose response to the virus exposed chaos and division, stands to lose migrants. But other countries will gain them, and with them, the attendant benefits of diversity, dynamism, and new talent. Few stand to profit more than Japan, a relatively secure and stable country with low unemployment—even a need for more laborers—and excellent universities that can lure students who may now be reluctant to risk expensive study in the West.

Japan has long been considered a fairly homogeneous country. After the pandemic, it is likely to grow more diverse and globally connected. This transformation, which will remake Japanese society and challenge the traditional understanding of its national identity, is necessary if Japan wants to remain a significant power in the global arena.

A NEW LAND OF OPPORTUNITY

Unlike many other wealthy industrialized countries, Japan has a fairly small immigrant population. Just over two percent of its 126 million residents are noncitizens, and since 1980, only around 440,000 immigrants have become naturalized citizens. By contrast, 13 percent of residents in the United States are either naturalized citizens or noncitizens. The coronavirus crisis has led Japan to further restrict immigration, including by blocking long-term foreign residents from reentering the country. Such actions suggest a country fundamentally hostile to immigration.

But Japan is poised to shed this reputation. The Japanese government has in recent years created new categories of visas and relaxed the criteria of existing ones in order to recruit and retain more foreign workers and international students. In the five years before the pandemic, the number of foreign residents in Japan increased by 31 percent. The country has attributes likely to attract even more migrants after the pandemic. These include good job prospects, relatively affordable higher education, and a safe and orderly social environment. Japan has long boasted these comparative advantages, but the havoc of the global health crisis has made them all the more salient.

Japan’s labor market remains strong, despite the worldwide economic recession and rising unemployment. The country’s unemployment rate at the end of May was 2.9 percent, a slight rise over previous months but nowhere close to the rates in many other industrialized economies, such as France (8.1 percent) and the United States (13.3 percent). The job vacancy ratio as of May was 1.2—meaning that there were 1.2 jobs available for every applicant. That number is lower than last year’s (1.6) and is forecast to drop further as the pandemic persists, but it nevertheless indicates the presence of unfilled jobs in Japan.

A demographic crisis has created severe labor shortages in Japan.

These strong employment numbers in fact point to a fundamental problem: a demographic crisis has created severe labor shortages in Japan. Its population first began to decline in 2005 and has steadily shrunk since 2011. The workforce is shrinking even faster than the overall population. In 2019, more than 28 percent of the population was older than 65, and only around 60 percent of Japanese residents were between the ages of 15 and 64. Japan’s labor shortages are the highest among Organization for Economic Cooperation and Development countries, and officials foresee a shortage of 6.4 million workers by 2030. The pandemic might trigger an economic recession for several years to come, but this will not alleviate the long-term labor shortage. Japan will need both high-skilled and low-skilled migrants to fill its workforce, drawing from nearby China as well as Southeast Asian countries, such as Indonesia and Vietnam.

Japan’s private sector has further contributed to the country’s strikingly low unemployment rate. Since the Great Recession in 2008, Japanese companies have saved a large proportion of their profits as a buffer against hard times, instead of rewarding investors and increasing employees’ salaries. By the end of March, Japanese companies reported total cash reserves of 283 trillion yen (about $2.65 trillion). When the pandemic hit, companies were able to dip into their reserves to retain their workers. Of course, those reserves are not inexhaustible: if the crisis lasts for a long while and the economy shrinks, Japanese companies will eventually empty their coffers. But their instinctive conservatism has helped guide the country through unsettled times.

A DESTINATION FOR EDUCATION

In addition to drawing more job-seeking migrants than in the past, Japan is becoming increasingly popular as a destination for international students, especially those from China and other Asian countries. Japan has attracted students from abroad since the 1980s, but the global dominance of the English language tilted the scales in favor of universities in Europe and North America. Most Chinese students, for instance, prefer to study in the United Kingdom or the United States rather than study in Japan. But the coronavirus could well disrupt that trend.

More international students in U.S. universities come from China than from anywhere else—but their numbers will probably plummet soon. Experts already predicted a drop-off as a result of the Trump administration’s immigration policies and its trade war with Beijing. Now, the COVID-19 crisis may further inhibit Chinese students from heading west. Parents and students have become reluctant to pay high tuition costs when so many colleges and universities have moved classes online. The recent spate of anti-Asian attacks in the United States and other Western countries has also alarmed them. American and British struggles to control the pandemic, and growing social unrest in the United States, have further shaken confidence. And in the wake of the global crisis, many families may make geographic distance a more important factor as they decide whether—and where—to send their college-age children overseas.

Japan offers a compelling alternative for Chinese and other Asian students who seek to study abroad. Several Japanese universities are among the world’s best. Tuition in Japan costs a fraction of what it does in the United States and Great Britain. And many Japanese universities now offer instruction in English.

Strong job prospects make a Japanese education all the more worthwhile. Japan offers a highly organized and institutionalized job search process for university graduates and is committed to increasing the numbers of foreign graduates in its labor force. In the five years from 2015 to 2019, the number of international students in Japan grew by 40 percent from less than 250,000 to almost 350,000. Of the international students graduating from Japanese educational institutions between April 2018 and March 2019, 35 percent found jobs in Japan, and another 30 percent continued their education there.

Since the pandemic began, some Japanese universities have received record numbers of applications from China. The growth in interest builds on a trend already in progress: many Chinese students have come to Japan in recent years to pursue graduate education after studying in Australia, the United Kingdom, or the United States. When asked about their reasons for coming to Japan, most applicants referred to job opportunities, the relative safety of the country, and closeness to home.

Since the pandemic, Japanese businesses have taken steps that are likely to better accommodate immigrant workers. Such reforms were needed, because the structure of Japanese firms had long frustrated the career ambitions of women and foreign employees. Firms hire employees as members to be rotated through different positions and different locations according to the needs of the company. Career progression is typically slow. This membership style of employment deemphasizes clear job descriptions, stresses teamwork, and demands commitment and sacrifice (often demonstrated through long work hours). This system has produced the stereotypical figure of the heavy-drinking, overworked “salaryman”—typically male and Japanese—but has made it difficult for others to succeed within its strictures. The long work hours and system of rotation make child rearing—a duty that often falls on women—difficult. Foreign workers chafe against the slow process of promotion and the unfamiliar lack of autonomy on the job.

COVID-19 has spurred changes in the system, because such a work style—lacking clearly defined job responsibilities and requiring constant supervision and coordination—is difficult to sustain when offices have gone remote. Japanese employers have therefore been forced to reconsider their hiring and managing practices. In the remote workspace, firms see the merit of hiring individuals to perform specific, well-defined jobs. Some firms now plan to make these changes permanent. With these broader reforms, corporate Japan will be able to attract and retain more foreign workers with specialized skills.

Obstacles still stand in the way of Japan becoming more globalized and diverse. The pandemic has prompted tighter entry restrictions at the border, unemployment will tick upward as long as COVID-19 persists, and Japanese companies must reform if they and the broader society are to become more open to the world. But Japan’s advantages as a destination for migrants and students are plainly evident as the pandemic smashes economies and renders Western universities less accessible and less attractive than they used to be. Japan’s companies have long been integrated into the global economy. Soon, Japanese society will be, too.

The Merkel Model and Its Limits

The Price of Nostalgia 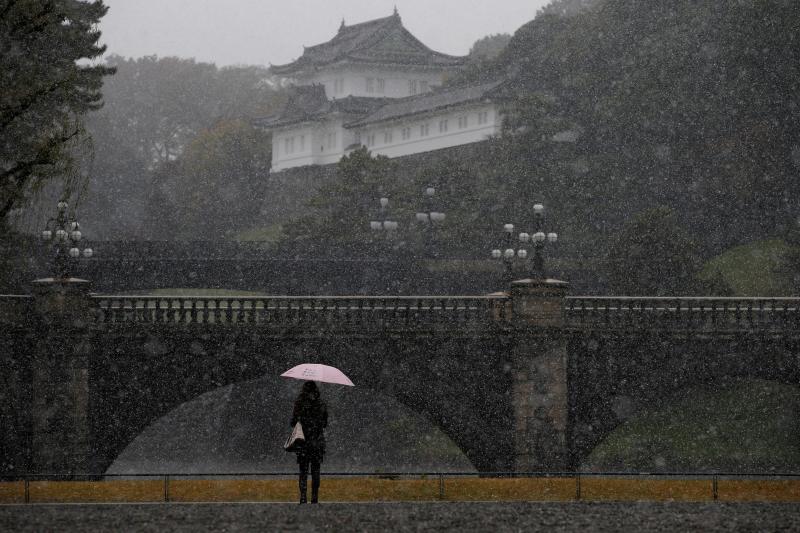 Is Japan Becoming a Country of Immigration? 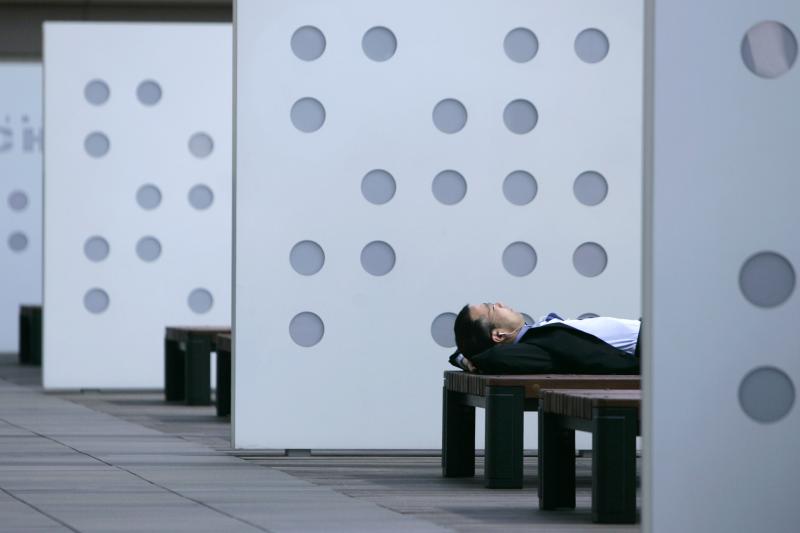 Why It's an Epidemic