The Pandemic Tips the Balance Between Mosque and State

For Saudi Arabia and Egypt, a Pretext to Crack Down

By Geneive Abdo and Nourhan Elnahla

Saudi Arabia has tightened the screws on religious dissent since the novel coronavirus struck in mid-March. That month, the government banned communal prayer gatherings, and Sheikh Abdullah al-Saad, a Saudi Islamic scholar, posted a video online denouncing the cancellation as a violation of Islamic law. The scholar was arrested and imprisoned. Also in March, a high-level cleric at Medina’s Kaaba mosque tweeted his concern about prison inmates at risk of infection by the coronavirus—only to lose his job.

Saudi Arabia, under the leadership of Crown Prince Mohammed bin Salman (MBS), is not the only country to take the pandemic as license to crack down on religious dissent: Egypt, with its history of state-mosque tension, and under the repressive government of President Abdel Fattah el-Sisi, has behaved similarly.

Modern Arab societies such as Egypt and Saudi Arabia have long struggled to reconcile the claims of state and religion. For some autocrats in the Middle East, religion offers a source of legitimacy. But religious authority also competes with state authority and can give courage and structure to opposition movements in these states. COVID-19 has highlighted this conflict by momentarily concentrating state power over religious institutions in the name of public health. Now, mosques and shrines have begun to reopen, and as they do so, long-simmering tensions between mosque and state have bubbled into public view. The heavy-handed approach that Egypt and Saudi Arabia have taken to religious matters during the pandemic raises legitimate concerns about just how willing these states will be to loosen their grip when the pandemic subsides.

When the coronavirus first swept through the Middle East in March, governments closed mosques, forbade praying in groups, and shut down shrines and seminaries to try to contain the contagion. Even during the month of Ramadan, from April to late May, such restrictions remained in full force. Some religious scholars, including Abdullah al-Saad, objected that in times of crisis the doors to mosques should remain open, so that worshipers could submit to God for mercy. Others supported the state-mandated restrictions. For example, Ali Mohammad al-Azhari, a faculty member at Al-Azhar University in Cairo, stressed that preventing a person who is infected with the coronavirus from performing Friday prayers in the mosque is a legal and religious duty: “Islam does not call for the destruction of people but calls for protection,” he argued.

Authoritarian rulers in Saudi Arabia and Egypt were less interested in religious debate than in public compliance. They called on official Islamic institutions and even independent Islamists to mobilize support and legitimacy for the public health restrictions. At the same time, these governments silenced dissent. In Egypt, a number of imams believed that their right of free expression allowed them to hold private religious gatherings in their homes despite the state injunctions. Egypt’s Ministry of Endowments, the government institution in charge of mosques, punished at least one such imam, and reportedly others, by permanently revoking their licenses to preach.

In Saudi Arabia, pandemic control measures at first seemed to enjoy broad clerical support and inspire little criticism. Clerics issued fatwas legitimizing Mohammed bin Salman’s edicts and even including scientific measures to combat the coronavirus. Grand Mufti Abdul Aziz al-Sheikh declared that those who did not comply with a dusk-to-dawn curfew were “sinners.”

The Saudi government has taken the pandemic as license to silence dissenting views, even among those clerics who routinely sanction government directives.

But the Saudi government has taken the pandemic as license to silence dissenting views, even among those clerics who routinely sanction government directives. Moreover, it has used the crisis as cover to crack down on the country’s restive Shiite minority in Qatif Province. Many of the province’s early cases of COVID-19 were linked to pilgrims who had been in Iran, the world’s leading Shiite power and an early epidemic hot spot, as well as a regional antagonist to Riyadh. Travel to Iran is illegal under Saudi law, but Shiite pilgrims often get there by passing through a third country. On March 8, Saudi authorities imposed a lockdown on Qatif Province, closing entry and exit as well as government offices and private institutions. The lockdown effectively restricted the province’s citizens from performing their religious duties.

From March through May 2020, MBS’s government imposed restrictions on houses of worship, and Saudi clerics appeared to accept them. But Saudi clerical sources report having debated the measures behind the scenes. The Council of Senior Clerics drafted a fatwa that deemed the closing of mosques a violation of Islamic principles. The group then rescinded the fatwa under pressure from the government.

In Egypt, public opposition to state health measures was more visible than it was in Saudi Arabia, in part because the official messaging was ambiguous. By late March, the country had suspended Friday prayers and all other communal gatherings in mosques, with some health officials even advising against fasting during Ramadan due to the pandemic. But to avoid further controversy and to maintain tradition, Al-Azhar, the grand mufti, the minister of endowments, and the Fatwa House all stated that fasting should continue—that it in fact strengthened immunity and would help fight the coronavirus.

Concern for tradition could go only so far, however. A spokesman for the Ministry of Endowments, Ahmed al-Qadi, expressed openness to the possibility that imams might perform evening prayers in mosques during Ramadan. Qadi’s superior, Minister of Endowments Mohamed Mokhtar Gomaa, promptly fired the spokesman—and became the focus of a popular campaign against the closure of mosques and cancellation of communal prayers. Activists argued that Gomaa lacked religious credentials and had erred in making his decisions in consultation with the Ministry of Health rather than on religious grounds.

As the pandemic wore on, Egyptian state religious institutions frequently issued directives that diverged from one another and from official government policies. For example, Al-Azhar, a mosque and university complex considered to be a high authority in Sunni Islam, issued a fatwa on April 1 stating that fasting was not harmful but that a Muslim could decline to fast owing to fear of the virus. However, Dar al-Ifta, another authoritative Islamic institution, was emphatic: “The matter is premature, and it is not permissible for a Muslim to break the fast during Ramadan unless the doctors decide and it is scientifically proven that it makes him vulnerable to sickness or death.” Dar al-Ifta had often taken issue with the state on religious matters. In July, Egypt’s legislature drafted a law to bring the institution under greater government control.

The pandemic has offered Sisi an opportunity to exercise a heavier hand.

Egyptian presidents have struggled for decades to bring religious messaging under state control. Under former President Hosni Mubarak, the Muslim Brotherhood and other Islamist groups rose in influence, and Egyptian society became more religious. Mubarak tried to bring mosques and sheikhs in hand by requiring them to obtain licenses issued by the state. These measures were not particularly effective: thousands of imams practiced without licenses and were never penalized, and mosques were rarely closed unless they became meeting places for extremists.

The pandemic has offered Sisi an opportunity to exercise a heavier hand. Since its start, the Egyptian president has amended the country’s emergency law to grant himself the authority to ban or limit public gatherings even outside the context of the public health crisis. The Armed Conflict Location & Event Data Project, which tracks political violence and protest in the developing world, has noted that this move coincided not just with the pandemic but with an increase in political demonstrations that came to a halt when the amended law went into effect in April.

The pandemic will one day subside, but religion and state will continue to vie for power in the Arab world. Religious expression and practice is a human right that has been recognized by numerous international instruments and agencies, including the Office of the UN High Commissioner for Human Rights. Authoritarian governments have infringed upon that right during the COVID-19 crisis, not least by ordering religious figures and institutions to issue decrees. In so doing, not only have these states limited the freedom of religious expression in their countries but they have imposed control over imams and institutions forced to sanction government actions. Such state manipulation of the religious sphere has been commonplace in modern Egypt and is becoming routine in Saudi Arabia as well.

The U.S. Commission on International Religious Freedom has cautioned that pandemic-related restrictions on religious gatherings should not be used to crush dissent. In its most recent report, the commission singled out particular governments, such as that of Saudi Arabia, for using the pandemic to advance political agendas. Drawing attention to such violations helps nongovernmental organizations and political activists to fight repressive governments. As the pandemic continues, so, too, will the debates over religious practice and public well-being in the Middle East. 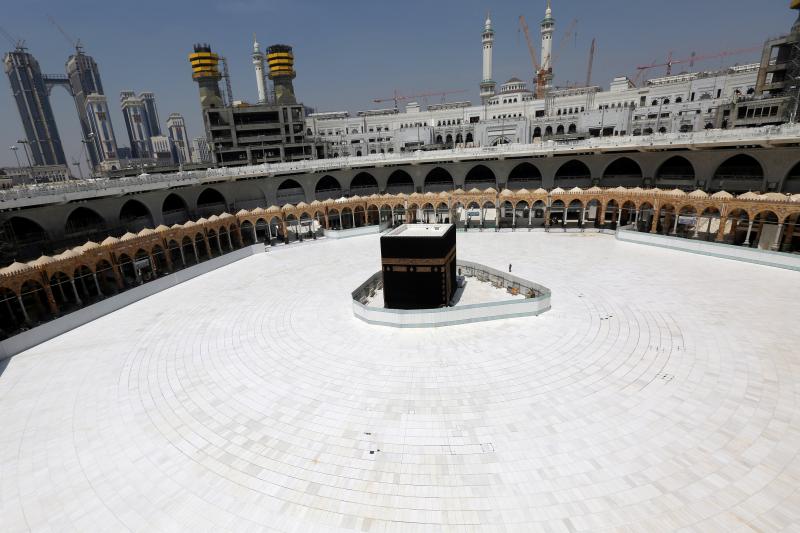