How a Botched Peace Plan Produced the Abraham Accord

In the long annals of Arab antagonism toward Israel, the Abraham Accord should be celebrated as a historic breakthrough: the agreement makes the United Arab Emirates (UAE) the first Gulf state and the third Arab state behind Egypt and Jordan to recognize and fully normalize relations with Israel.

In the annals of American peacemaking diplomacy in the Middle East, however, the breakthrough looks more like the latest in a long chain of unintended consequences. When the United States pushes on one door, as often as not another door opens. In 1977, U.S. President Jimmy Carter pressed to reconvene the Geneva Middle East peace conference—and Egyptian President Anwar al-Sadat traveled to Jerusalem to avoid it. In 1993, President Bill Clinton pursued a deal between Israel and Syria—and Yasir Arafat embraced the Oslo accords for fear of being left behind.

This time, President Donald Trump gave Israel the green light to annex Palestinian territory on the West Bank and in so doing, created the circumstances that led Sheikh Mohammed bin Zayed (MBZ), the crown prince of the UAE, to fully normalize relations with Israel.

Relations between the UAE and Israel had been developing quietly over the last decade as the two states perceived a common interest in countering threats from Iran and Turkey. MBZ further sought to build a strategic alliance with Israel to help compensate for U.S. retrenchment from the region. He recognized the value of normalizing relations with Israel in the process, welcoming an Israeli diplomatic mission at the International Renewable Energy Agency in Abu Dhabi in 2015 and inviting Israel to participate in the Dubai Expo fair (now postponed to 2021). But such cooperation had hard limits, which had been made explicit in the Arab Peace Initiative of 2002: Arab states not directly involved in the Israeli-Palestinian conflict were to normalize relations with Israel only after Palestinian requirements for an independent state had been satisfied.

Nonetheless, MBZ’s smaller neighbors, the Gulf Arab states of Bahrain and Oman, were stealing a march on him. The sultan of Oman hosted Prime Minister Benjamin Netanyahu for a high-profile, official visit in 2018, and Bahrain hosted a workshop to promote the economic dimensions of the Trump peace plan in 2019. But these were minor irritants: worse, MBZ’s efforts since 2011 to purchase the F-35 Joint Strike Fighter and other advanced weapons from the United States were being conflated with Saudi arms sales, which had become highly controversial on Capitol Hill.

MBZ had hoped that the Trump peace plan would provide him cover to break through to normalization and in return, ease the way for his weapons acquisitions from the United States.

MBZ had hoped that the Trump peace plan, unveiled with great fanfare in January 2019, would provide him cover to break through to normalization and in return, ease the way for his weapons acquisitions from the United States. In a high-profile move, he sent his ambassador in Washington, Yousef al-Otaiba, to the plan’s unveiling. But MBZ would quickly discover that Trump’s plan contained a poison pill: in order to secure Netanyahu’s acceptance, the plan provided up front for Israeli annexation of 30 percent of the West Bank, including the Jordan Valley.

The annexation of Palestinian land was bound to generate a backlash in the Arab world, which would severely complicate the normalization MBZ sought. Worse, the annexation of the Jordan Valley would place King Abdullah of Jordan in an impossible situation, forcing him to choose between his relations with the United States and his relations with the Palestinians, who comprise a majority of his East Bank citizens. To jeopardize Jordan’s stability was to risk a resurgence of the Muslim Brotherhood, a recurring nightmare for MBZ, who fears a Turkish-backed, Islamist takeover of Sunni Arab regimes across the region.

MBZ pressed Jared Kushner to put the brakes on the annexation process. Then he went further, approving an op-ed that Otaiba published in Hebrew on the front page of Yediot Aharonot, Israel’s main newspaper. Otaiba explained to the Israeli public that it could have annexation of the West Bank or normalization with the UAE, but not both. His timely intervention, together with King Abdullah’s vociferous protests, managed to stall the annexation process. But with an election looming in the United States, and possibly in Israel, too, there remained a danger that the plan would be resurrected in the fall to please Trump’s evangelical base and Netanyahu’s right-wing supporters.

Kushner, to his credit, was quick to see the benefit. Instead of a Trump peace plan that was going nowhere and an annexation that would have complicated U.S. relations with its Arab friends, he could claim a breakthrough of strategic consequence. He pivoted to facilitating the deal, in the process putting the last nail in the coffin of the Trump peace plan.

The plan was already in trouble: the Palestinians had refused to countenance an offer so biased in Israel’s favor. Kushner had at least secured Netanyahu’s cooperation by allowing for annexation up front in exchange for an attenuated Palestinian state much later. Now, according to Trump, annexation is off the table, and Israel’s right-wing nationalists are outraged at the ceding of their claims to sovereignty in the West Bank. As a result, even though he will continue to pay lip service to it, Netanyahu cannot deliver on his acceptance of the plan without alienating his right-wing base.

The Abraham Accord in itself does nothing to advance a resolution of the Israeli-Palestinian conflict.

The Abraham Accord in itself does nothing to advance a resolution of the Israeli-Palestinian conflict. Indeed, Netanyahu is now busy convincing the Israelis that they can now expect “peace for peace” on the UAE model and no longer need to make territorial concessions. That may make peace with the Palestinians even less possible.

As long as Trump has a signing ceremony at the White House, he is unlikely to care whether an Emirati sheikh replaces a Palestinian leader on the podium with Netanyahu, especially if his end of the deal involves billions of dollars in arms sales instead of the enormous aid promised to the Palestinians in his peace plan. He is already claiming the Nobel Peace Prize. But what Trump actually deserves is a prize for being the accidental diplomat: if he had not pushed annexation in his plan, MBZ would not have offered full normalization with Israel to block it. And if he had not continued Obama’s policy of retrenchment from the Middle East, MBZ would not have felt the same urgency to bring his strategic relationship with Israel out in the open.

Still, if the flame of peace, reignited again by Israeli-Emirati normalization, is to continue to burn, something more serious must be done to promote a resolution of the Israeli-Palestinian conflict. MBZ’s initiative has created an opening that the United States could yet exploit. If Trump wants to be a consequential peacemaker, he should take advantage of the pause in annexation that MBZ’s decision produced to declare that annexation should occur only with the mutual agreement of the Israelis and the Palestinians. If he combines that with a commitment to Palestinian President Mahmoud Abbas that everything in his plan is negotiable, Trump just might persuade the Palestinians to take a second look. And that could provide a basis for the next president to advance the peace process.

The Right Way to Split China and Russia 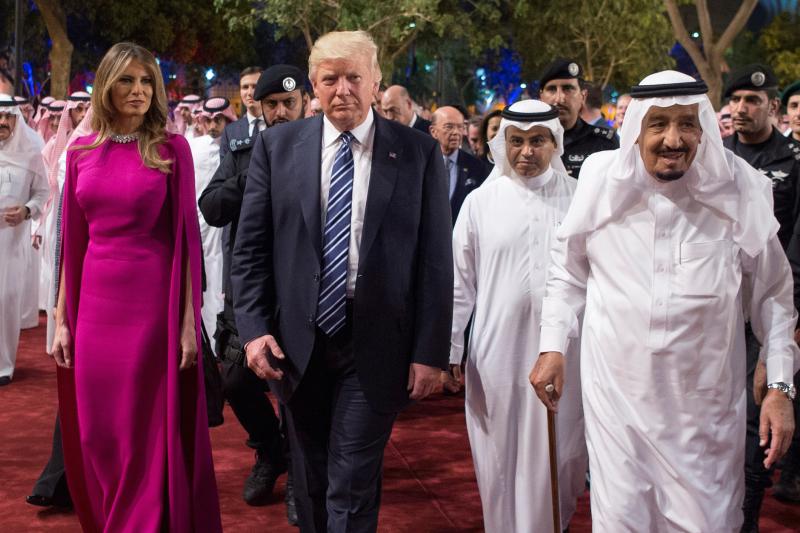 Disaster in the Desert