The United States has long made containing Iran a focus of its efforts in the Middle East, from troop deployments to diplomatic dealmaking. But so far, containment has largely failed. Since 2018, the administration of U.S. President Donald Trump has withdrawn from the 2015 nuclear deal and exerted maximum pressure on Iran, even moving an additional 20,000 troops into the Middle East. The Iranian threat has only grown. Iran has expanded its nuclear and missile programs and its investment in proxy forces, sophisticated drones, and cyber-capabilities. Critics of the Iran nuclear deal claim that the agreement failed to curb these threats and insist that any new deal with Tehran must address them.

A comprehensive settlement is unrealistic. Iran will not easily part with strategic assets in which it has invested time and great expense, and it will be reluctant to make major concessions in light of Trump’s withdrawal from the 2015 agreement. The United States would do better to mount a sustained diplomatic effort—one that seeks to resolve multiple disputes and to forge key arms control deals.

Such a process can build the trust that is needed for Iran to reach broad agreements with the United States and with its neighbors. The current occupant of the White House may not be inclined to pursue diplomacy with Tehran, but a new administration should recognize that a different approach to the Middle East—one that relies less on military might than on diplomatic willpower and one that considers each issue soluble on its merits rather than holding out for an aggregate solution that may never come—can relax tensions, resolve disputes, and reduce threats.

Regional stability should be the goal of U.S. diplomacy in the Middle East. Once that goal is achieved, the United States can more easily reduce its troop presence. In 2015, the United States had this sequence confused: officials saw the Iran deal as a means to expedite the departure of U.S. troops, regardless of the surrounding state of tension. To assuage anxious allies, Washington sanctioned the sale of over $30 billion in weaponry to Persian Gulf countries, a significant addition to its already sizable arms transfers to those states. Iran reacted to this military buildup by increasing its own investments in missile systems, proxy forces, and sophisticated weapons capabilities. The nuclear deal did not itself stoke regional instability, as its critics claimed—but the way the United States ignited a regional arms race did.

The conflicts that beset the Middle East—civil wars in Libya, Syria, and Yemen, for example, and unrest in Iraq and Lebanon—place Washington in a bind. It can remain tethered to the Middle East to protect an increasingly unpopular status quo—its expensive entanglements in conflicts that it cannot resolve and that could spiral into larger wars. Or it can leave and let the chips fall where they may, leading to further strife as countries scramble to fill the vacuum—not only would Arab states spar with Iran, but Israel and Turkey, and then China and Russia, would also get involved. Iran would find greater room to maneuver in the Persian Gulf as it presses its neighbors militarily and takes advantage of disputes between the region’s monarchies. The outcome would be what U.S. containment sought to prevent in the past four decades: growing Iranian hegemony.

To truly achieve regional stability, such that the United States might constructively withdraw from the Middle East, Washington must adopt a new approach—one that takes into account the fears and concerns of the region’s powers, including Iran. The United States can begin by recovering the tattered 2015 Iran nuclear deal, which provides the controls Washington wants on Iran’s nuclear program in return for sanctions relief that Tehran values and believes it has earned through its compliance. Only then can the United States push for further talks and tighter safeguards. But separately, U.S. officials should seek to dampen regional disputes, such as the war in Yemen. Doing so will require the United States to better grasp the priorities of all the region’s players.

The United States must better grasp the priorities of all the region’s players.

Iran’s chief rivals—Saudi Arabia and the newly anointed allies Israel and the United Arab Emirates—see Iran’s missiles and proxy forces as evidence of an expansionist agenda. But Iran sees its capabilities as necessary checks to its rivals’ conventional military superiority. Tehran’s actions in the region reflect the deep insecurities of a Persian Shiite state surrounded by U.S.-backed Sunni powers. The memory of Iraq’s invasion and occupation of parts of southwestern Iran in the 1980s still shapes Iran’s strategic outlook. Since the bloody Iran-Iraq War, Iran has cultivated allies and clients and maintained outposts in Arab countries as part of what the Iranians call a strategy of “forward defense.”

The collapse of order in the Arab world since the U.S. invasion of Iraq encouraged Iran to pursue this strategy but also tempted it into overreach. People in Iraq and in Lebanon have protested in recent years against Iranian meddling in their countries. A dangerous escalation of tensions with Israel has resulted in an attritional shadow war as evident in the Israeli bombing of Iranian targets in Iraq and Syria, mysterious explosions in Iranian nuclear and missile facilities, and tit-for-tat cyberattacks. Israel fears that Iran’s expanding footprint in Syria will lead to its own encirclement—Iran already backs Hezbollah in Lebanon and Hamas in the Gaza Strip.

But Iran does not want to stoke anti-Iranian Arab nationalism, nor does it want war with Israel. If Iran is to roll back its forward defense strategy, it will have to try to mend fences with its regional rivals. Direct negotiations between Iran and Israel are unlikely, but negotiations between Iran and its Arab antagonists could help address some Israeli concerns. For instance, regional agreements limiting the number and range of the missiles in Iran’s arsenal will soothe fears among Iran’s Arab neighbors as well as in Israel.

BRINGING TEHRAN TO THE TABLE

The United States can encourage Iran to be a more constructive force in the region if it better understands Tehran’s interests. Iran wants the United States to end the policy of containment, to withdraw many if not all U.S. troops from the region, and to recognize that Iran is a regional power with legitimate regional interests. For the past 40 years, Iran has relied on confrontation to realize these objectives. That combativeness has failed to achieve its aims. The killing in January of Qasem Soleimani, the Iranian general largely responsible for executing the strategy of confrontation, brought Iran and the United States to the brink of war, making clear the limitations of Iran’s approach. Tehran’s bristling foreign policy has exacerbated both economic hardship and political unrest at home. Iran’s leaders are more likely to reckon with these negative outcomes if the United States offered an alternative route. Yes, they are instinctively suspicious of U.S. overtures and promises of compromise. But, as was the case when Iran dealt with the Obama administration, Iran’s leaders are not impervious to a serious diplomatic effort that might get them closer to the goals that have so far eluded them.

The necessary diplomatic process will have to unfold through an intricate geometry of talks yoking together Iran, the monarchies of the Persian Gulf, and the United States. Negotiations should take two tracks. Diplomats must seek to stabilize the region by ending conflicts in Syria and Yemen and by buttressing fragile states in Iraq and Lebanon, including through establishing new power-sharing arrangements. Iran and Saudi Arabia did that once before, implementing the Taif Agreement of 1989 that ended Lebanon’s civil war. Iran and the United States achieved something similar in the 2001 Bonn Agreement that remade Afghanistan after the fall of the Taliban.

Negotiators need to also address concerns about Iran’s missile program and its use of proxies. They should strive to build regional agreements on the permissible range and capabilities of missiles, the scale of conventional military buildups, and the deployment of new weapons technologies. Such agreements might help convince Iran, for instance, to reduce support for its proxy groups in the region. Tehran measures its investments in these groups against the military capabilities of its foes. If it has less to fear from its rivals, then it may feel less compelled to back its proxies in Iraq, Lebanon, Syria, and Yemen.

Negotiators would make progress on one track toward settling regional conflicts and on the other toward limiting nuclear weapons development and proxy wars. By so doing, they would lay the groundwork for broader agreements, including one on maritime security in the Persian Gulf among Iran, the Persian Gulf states, and the United States. Ultimately, the goal should be to formulate a regional security framework: an arrangement in the Middle East akin to the Organization for Security and Cooperation in Europe or the African Union.

The United States is rethinking its Middle East policy more comprehensively than at any time since the Iranian Revolution of 1979. Soaring domestic deficits and looming confrontation with China compel the United States to extract itself from entanglements in a region that many on both sides of the aisle increasingly agree has lost its strategic significance.

The same structural forces that are compelling Washington to rebalance its global priorities are also tearing into the Middle East. The coronavirus pandemic has hit Iran hard, bringing the country’s struggling economy to the brink of collapse, and low oil prices and a prolonged global economic downturn have hurt Saudi Arabia and its allies. The sheer magnitude of the calamity will force shifts in national priorities. Iran and the Persian Gulf states will have less appetite for arms races or lavish spending on regional clients and proxies. Already, Iran and the United Arab Emirates have started talking. Both Iran and Saudi Arabia seem inclined to end the war in Yemen. Tehran has also withdrawn some of its troops from Syria and pulled back in Iraq—even supporting the election of a prime minister whom the United States favors.

The conditions are ripe for diplomacy that eases the region’s tensions and fosters stability. The United States must take advantage of this moment or risk squandering a rare and vital opportunity.

Electricity Is the New Oil

A U.S. Strategy for the Post-Hydrocarbon World 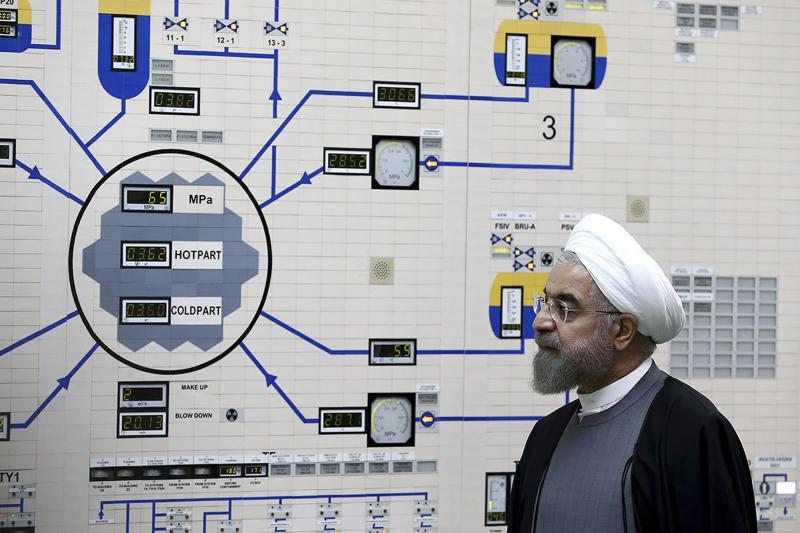 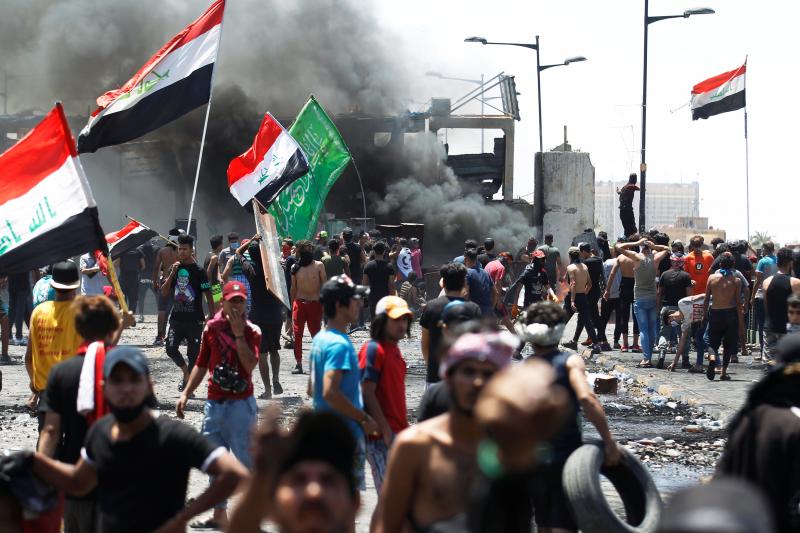