The Death and Life of Terrorist Networks

The Islamic State (or ISIS) is quietly “rising from the ashes” in parts of Iraq and Syria, but this is not the first time that it has recovered from a near-death experience. Its predecessor, al Qaeda in Iraq, also reconstituted itself after nearly being defeated in 2007–8. ISIS has demonstrated extraordinary resilience; about half of all terrorist organizations fail in their first year, but it has survived for the better part of two decades despite fighting against an international coalition assembled to defeat it.

This resilience may seem surprising, but it should not. Over recent decades, militant groups with the kind of vast international network of affiliates, allies, and supporters that ISIS has assembled have proved difficult to defeat. Alliances have helped ISIS expand and gain influence in good times and have relieved pressure by deflecting attention toward affiliates in bad times. Without defeating this whole network, accordingly, it will be hard to fully finish off the core group.

The value of alliances in geopolitical competition between states has been frequently noted in the past few years. It turns out alliances are just as important to often-stateless militant groups. The difference between a terrorist group with ideologically aligned allies and a terrorist group without them can mean the difference between survival and defeat—as the ongoing fight to destroy ISIS is making all too clear today.

In an analysis of militant group behavior over the past 70 years, we compiled every known alliance between armed groups since 1950. Using an extensive array of open-source information, we identified the incidence, location, and content of cooperative relationships. Were groups sharing equipment and materiel or exchanging funds? Were they coordinating attacks? Or was cooperation merely rhetorical, involving pledges and other public statements but little in the way of physical exchange?

The resulting data—the most comprehensive account available of worldwide networks of terrorist, rebel, and insurgent organizations—reveal several important patterns. First, between 1950 and 2016, militant groups developed much broader networks than is commonly appreciated. We have identified nearly 15,000 instances of cooperation between 2,613 different armed organizations, undercutting the common belief that armed groups operate primarily in isolation. Second, these networks have become more extensive over time, increasing in number but also in geographic breadth. The number of active alliances grew steadily from the late 1960s through the early 1980s, going from just under 50 to nearly 175, corresponding with a wave of European decolonization and the rise of communist movements in Western Europe, Latin America, and Southeast Asia. After a brief lull in the late 1980s, alliances surged again until reaching a peak around 2010. Linkages among armed Islamist groups, many of them motivated by the presence of U.S. forces in Afghanistan and Iraq, dominated this latter wave. Many involved the exchange of tangible goods, such as guns, explosives, and other equipment, and efforts to help armed groups smuggle resources into Afghanistan and Iraq to sustain their fight against coalition forces.

For militant groups, these alliances help ensure survival. Groups with strong, dense networks can lean upon allies when times are tough, whereas those in isolation must fend for themselves. But our data also reveal that not all alliances are created equal. Many are short-lived and quickly fall apart in the face of government repression. Others, like those formed by ISIS, have proved to be much more resilient.

Without defeating ISIS's network it will be hard to fully finish off the core group.

As ISIS grew in 2013, its alliance network expanded, increasing from only three in 2013 to more than 30 in 2016. Between 2013 and 2015, ISIS drew upon its sizable war chest (estimated at nearly $2.6 billion at its apex) to send its allies weapons and other materiel to boost their capacities. Supporters in Europe and neighboring countries dispatched fighters and laundered or hid money. Affiliates in Asia sent fighters and shared profit windfalls. Allies around the globe contributed weapons, technology, and information while conducting attacks that burnished the ISIS image and undercut perceptions that the organization was on the run. When battles with U.S.-led coalition forces intensified in 2015 and the group’s finances became strained and material cooperation grew more difficult, ISIS began to form new relationships based on rhetorical bonds and pledges of loyalty. This allowed the group to broaden its global footprint and retain its “brand” despite battlefield setbacks in Iraq and Syria.

What made these alliances so durable was their foundation in a shared extremist jihadi ideology. A shared ideology and, particularly, a shared religion is critical for maintaining alliances when times are tough. Without it, alliances are more likely to buckle under the weight of military pressure as groups renege on their commitments and prioritize their immediate survival. Militant relationships based on a shared religious ideology enjoy several benefits. They offer access to a broader community of supporters and officials who can observe and enforce adherence to the relationship. A major concern with any alliance is a partner unilaterally reneging; religion can provide a built-in community of monitors, including imams, clerics, or priests, with the authority to incentivize cooperation and punish defection in relationships between organizations of the same faith. Both al Qaeda and ISIS have relied on prominent Salafi clerics to legitimize their causes and attract and retain partners. And ideological affinity means that if a group’s partners were to abandon the network, they could get a bad reputation within jihadi circles that would haunt them for years to come.

Shared religious beliefs also increase levels of trust. Common goals and worldviews mean that groups are more likely to fulfill their commitments and support their partners, even when times are tough. Consider the relationship between ISIS and Ansar Beit al-Maqdis in Egypt. Both groups were under significant counterinsurgent pressure (ISIS from U.S.-led coalition troops and ABM from Egyptian forces). The alliance would normally be hard to sustain under such circumstances, but top militant clerics in Egypt pushed ABM to pledge support for ISIS and remain committed. As a consequence, ABM obtained weapons, received propaganda support, and was able to bolster its ranks with foreign recruits, while ISIS gained a foothold in Egypt and credibility with Egyptian hard-liners.

ISIS has been particularly skillful in its use of religion to bolster its networks and thereby amplify its success and global reach. Although its quasi state in Iraq and Syria proved to be relatively short-lived, even momentarily fulfilling the long-standing jihadi objective of an Islamic caliphate in the heart of the Middle East allowed ISIS to wield religion like few others, which made its vast network particularly resilient in the face of considerable military might. The strength of such relationships also means that defeating a group such as ISIS is a global, rather than a local, challenge that demands political and social approaches that reduce the appeal of underlying ideologies.

The benefits of sharing an ideology are not limited to ISIS or to Salafi-jihadi groups, nor even just to religion. Other ideologies often serve a similar function, such as those that united many armed leftist groups during the Cold War. But nonreligious ideologies generally yield less durable relationships. In the face of government repression, relationships based on a shared religious ideology are 25 percent less likely to fall apart than those based on another shared ideology. Religious ideologies provide particularly complete packages of community monitoring, authority structures, trust, and transnational networks.

The lesson of ISIS is that states should not underestimate the power of a shared ideology.

Yet there are nonreligious ideologies that have offered similar benefits in the past—and could continue to do so in the future. For example, today’s growing networks of far-right militancy, bolstered by the “globalization” of far-right ideology, could prove challenging to defeat if they develop strong ideological ties. The Counter-Terrorism Committee of the UN Security Council recently issued a report on the “growing and increasingly transnational threat posed by extreme right-wing terrorism.” Authorities in Australia, France, Germany, Italy, New Zealand, and the United States have all issued guidance about the threat posed by far-right terrorism, and in April, the U.S. government listed a Russian white-supremacist group as a “Specially Designated Global Terrorist” organization”—the first time that a white supremacist organization has been so designated, allowing the Treasury Department’s Office of Foreign Assets Control to block financial transactions and enact travel bans against the group.

The lesson of the durability of ISIS and other successful militant groups over the last 70 years is that states should not underestimate the power of a shared ideology, even under concerted military or law enforcement pressure. Containing militant networks means investing considerable resources into discrediting and diminishing the appeal of the underlying ideology—even before the networks become a serious threat. When shared militant ideologies are allowed to flourish and grow unchecked, the groups that espouse them become much harder to defeat once governments do decide to crack down. 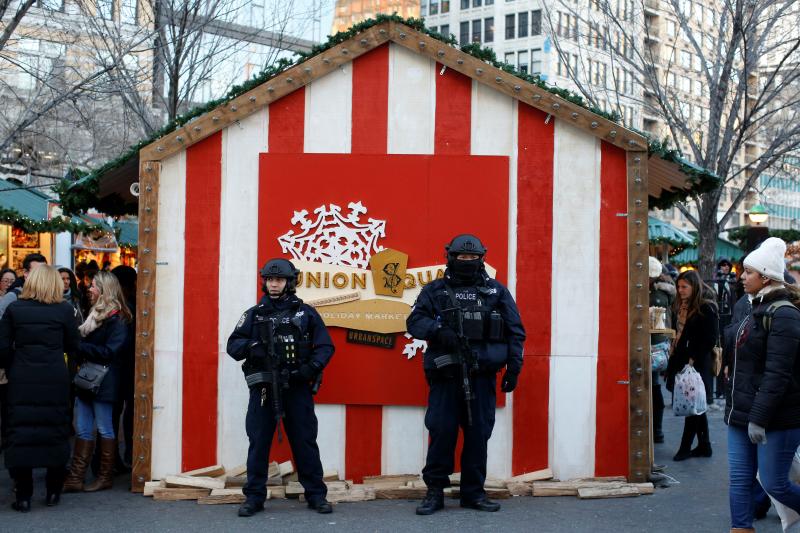 The Terrorist Threat Is Not Finished

The United States Should Build on Success, Not Squander It 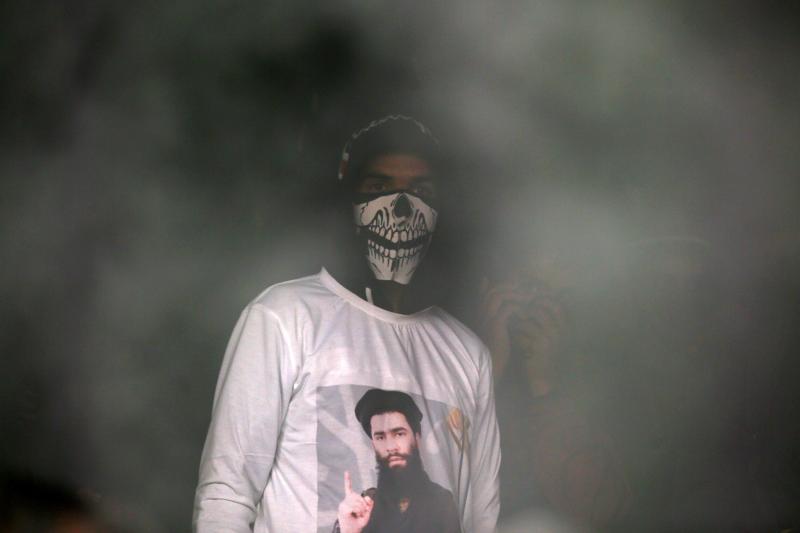 An Aging Jihadi Brand Still Inspires the Next Generation