As with the past eight U.S. presidents, much of President Donald Trump’s foreign policy was dominated by the broader Middle East. Despite talk of ending “forever wars” and pivoting to Asia, core national interests have repeatedly drawn the United States back to the region.

In many ways, Trump’s priorities in the Middle East differed little from those of his two predecessors: eliminating weapons of mass destruction, supporting U.S. partners, fighting terror, and facilitating the export of hydrocarbons. In other ways, however, his administration—in which I served as envoy for both Syria and the coalition to counter the Islamic State (also known as ISIS)—oversaw a notable paradigm shift in the U.S. approach to the region. Both U.S. Presidents George W. Bush and Barack Obama pursued transformational campaigns in the Middle East based on the erroneous belief that by burrowing politically and militarily into states there, the United States could address the underlying causes of Islamist terror and perpetual regional instability.

Although Trump’s real policy views were often difficult to divine, his administration took a different tack, with clear results. By keeping American aims limited, responding to imminent regional threats but otherwise working primarily through partners on the ground, Trump avoided the pitfalls encountered by his predecessors while still advancing American interests. For all the partisan rancor in debates about foreign policy today, this new paradigm should—and likely will—continue to define U.S. policy. It offers the best option for containing challenges in the Middle East and prioritizing geopolitical challenges elsewhere.

Most new administrations issue a National Security Strategy and then quickly shelve it. But the 2017 document drafted by the White House offered a novel blueprint for U.S. policy in the Middle East and one that the Trump administration generally followed. Overall, the strategy called for shifting focus from so-called endless wars to great-power competition, primarily with China and Russia. For the Middle East, that first principle meant avoiding entanglement in local issues while still pushing back on near-peer and regional dangers. In practice, this amounted to containing Iran and Russia while smashing serious terrorist threats.

The next principle—working alongside allies and partners in the region rather than, usually, taking unilateral action—was more complex. It was a means, not an end. Driven by this goal, Trump aimed to end the United States’ central involvement in the counter-ISIS campaign after Raqqa, the group’s capital in Syria, fell in 2017 and reduce U.S. troop levels in Afghanistan, handing both missions off to local allies. His military advisers wanted the United States to remain committed, while other civilian leaders sought to embed U.S. forces in Syria and Iraq in Trump’s broader effort to contain Iran. Much of the administration’s internal conflict was the product of these competing objectives: pull out and prioritize counterterrorism or focus on both terrorists and Iran. In the end, it settled on a reasonable compromise—major troop withdrawals, with the remaining forces dedicated solely to counterterrorism and Iran-focused missions.

As part of that second principle, Trump also made clear that he would support Israeli and Turkish military actions against Iran and Russia in Syria and would rely primarily on the Gulf states, Jordan, Iraq, and Israel to stand up to Tehran. The United States would in turn complement these efforts militarily when necessary, selling weapons, targeting terrorists, or punishing Syrian President Bashar al-Assad’s use of chemical weapons. Nevertheless, the administration was generally cautious about using military power, especially when no American lives were lost. But when it did decide to act, U.S. forces effectively targeted Assad, terrorist groups, Russian mercenaries, and Iranian-backed militias.

In exchange for carrying this extra burden, the Trump administration largely ignored the domestic behavior of important partners, including Egypt, Turkey, and even Saudi Arabia, despite the murder of the journalist Jamal Khashoggi. The administration also made clear that it would openly back Israel when it came to Palestinian issues, overturning long-standing U.S. and international policies on arms transfers, the Golan Heights, Jerusalem, and Western Sahara. Those policies produced the historic Abraham Accords between Israel and several Arab states—a signal that the region was moving beyond the Israeli-Palestinian conflict.

The task of containing Iran put the Trump administration’s new paradigm to the test. Trump believed that the 2015 Iran nuclear agreement brokered by the Obama administration was a bad deal; its duration was limited, and regional allies complained that it failed to address Iran’s destabilizing behavior. Eventually, after seeking tougher terms from Iran for 18 months, the United States left the agreement. Although Tehran retaliated by rapidly increasing its enrichment activity, it did not leave the agreement entirely.

Despite rhetoric to the contrary, the administration’s subsequent policy was not regime change, although some policymakers eyed that possibility. Instead, Trump’s “maximum pressure” campaign was designed to compel Iran to negotiate a broader deal that encompassed its nuclear activities, missile program, and regional behavior. U.S. policy had a real effect on both the Iranian economy and its regional adventurism. Although Tehran continued to smuggle oil and gas out of the country at discount prices, sanctions limited the financial assistance it could provide to its allies in Iraq, Lebanon, and Syria. Neither China nor Russia was willing to bail Iran out, and the Europeans could do little to retaliate, despite their opposition.

Although the administration’s opponents argued that Iran would never make expansive concessions, Trump’s demands differed little from those of the early Obama administration. In both cases, they were maximalist initial negotiating positions. Trump, like Obama, wanted to negotiate a deal, but with a fundamental difference: Trump’s central priority was to deter Iran’s regional adventurism and limit its nuclear capabilities as much as possible—regardless of diplomatic limitations. If a deal was possible within those parameters, then so be it. Unlike the Obama administration, which prioritized achieving an agreement, Trump saw Iran as a holistic threat and subordinated all specific policies, including the nuclear file, to that reality. He thus turned the screw, either to compel favorable terms or if not, seriously weaken Iran. The verdict is still out on whether the policy worked. Time, and the Biden administration’s own decision-making, will decide whether “maximum pressure” opens the door for future accommodation or merely pushes Iran closer to nuclear breakout and further from any negotiated compromise.

Trump paired his sanctions campaign with an effort to counter Iran’s regional expansion—especially in Syria and Iraq. In the former, his administration inherited a confused policy from Obama, one that even the former president’s advisers later criticized: one part overthrowing Assad via armed opposition, one part seeking a UN-brokered political settlement, and another part defeating ISIS.

By late 2017, the Trump administration had developed its own Syria policy, again based on the principles of countering regional threats while working with allies and partners: pushing Iran out, defeating ISIS permanently, and resolving the country’s civil conflict. Although the U.S. military resisted straying beyond its counter-ISIS mission, it eventually dual-purposed its forces in the northeast and the south to further broaden Syria policy by denying terrain and resources to the Assad government and its allies.

By 2020, the United States had built a resilient coalition even as it sought to reduce its direct commitment. Turkey and armed opposition elements in Syria worked with the United States to deny Assad a decisive military victory, and U.S-supported Israeli strikes on Iranian targets in the country further limited the regime’s military options. Meanwhile, the United States led a large international diplomatic coalition that supported the political efforts of the UN to resolve the conflict, diplomatically isolated Damascus, and crushed the country’s economy through sanctions. Much like the wider policy toward Iran within which Syria fits, however, the result is a stalemate. Absent a negotiated solution, the messy war of attrition will likely continue, but that is what worked against the Soviets in Afghanistan. Nevertheless, the next administration will need to weigh these advantages against other risks, including the cost to civilians.

The task of containing Iran put the administration’s new paradigm to the test.

Unsurprisingly, U.S. policy placed Washington at odds with Moscow, which saw Syria as the primary venue in which to reengage diplomatically and militarily in the Middle East. In line with its goal of countering regional peer threats, the United States repeatedly responded to Russian military and mercenary activity in northeast Syria and helped Turkey fend off joint Syrian-Russian incursions in the country’s northwest. But Turkey’s opposition to the United States’ local Syrian-Kurdish partner in the northeast, the Syrian Democratic Forces—linked to the Kurdistan Workers’ Party, or PKK—complicated that relationship. This tension led to a brief military and diplomatic incident in October 2019. Although Washington and Ankara managed to resolve the crisis, it illustrated the difficulty of working through partners—be it the SDF or the Turks—whose agendas may go beyond what Washington can support.

In Iraq, the United States tried to isolate its anti-ISIS military effort from the larger struggle against Iran. Local militias loyal to Tehran, however, began stepping up their campaign against U.S. forces. Trump eventually retaliated, killing Iran’s irreplaceable regional paladin, Quds Force commander Qasem Soleimani. Iran responded by launching a ballistic missile strike on a U.S. base but failed to inflict serious casualties. The result was a clear, although not final, victory for the United States. U.S. troops remain in Iraq, but militias like Kataib Hezbollah are still a threat. Iraq remains the most volatile front between Washington and Tehran.

A MODEL FOR THE FUTURE

Over the last four years, the Trump administration scored two major successes in the Middle East—the Abraham Accords and the destruction of ISIS’s territorial caliphate in Iraq and Syria. It also managed to counter Russia’s further expansion in Syria and elsewhere, grasp Iran’s enduring and multifaceted threat to regional stability, and mobilize a coalition to counter Tehran’s malign behavior. Although Trump did not solve the Iranian nuclear challenge, neither did Obama. The original nuclear agreement’s limits on unrestricted Iranian enrichment would have faded rapidly in just over five years.

By recent Middle East standards all this together is a respectable policy outcome. Trump managed to reduce direct U.S. commitments and expenses, all while working closely with regional allies. Still, it may be difficult for the next administration to maintain that approach while refocusing on the Iran nuclear deal. At present, many regional allies want continued U.S. pressure on Iran’s economy and regional adventurism more than an immediate return to the deal. Biden will need to balance those priorities carefully.

How Americans Think About Trade

Winners, Losers, and the Psychology of Globalization 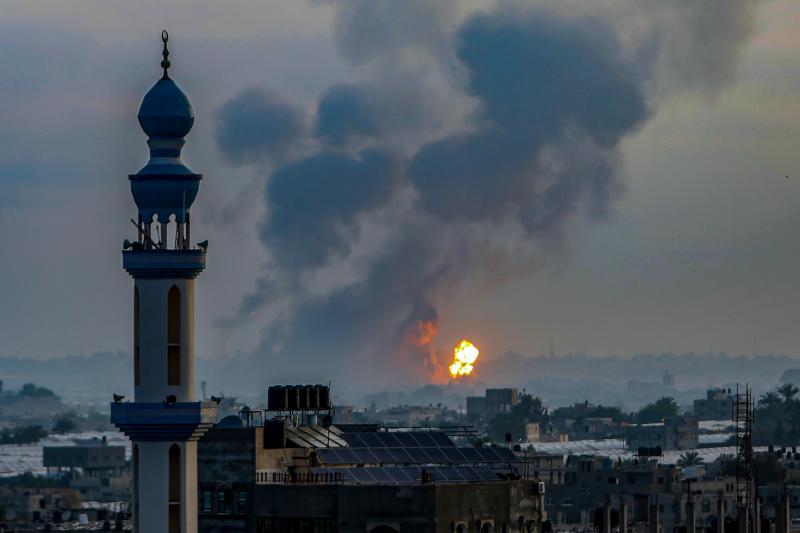 But He Needs a Plan to Manage the Israeli-Palestinian Conflict 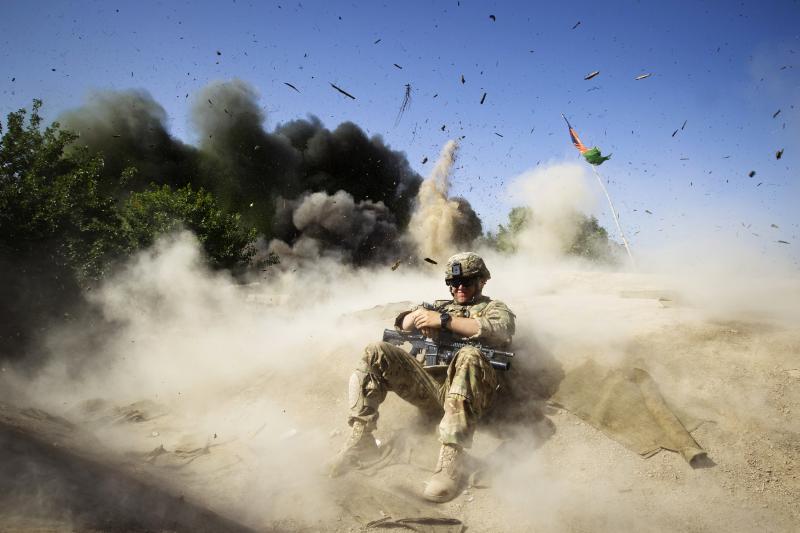 The False Promise of Regime Change

Why Washington Keeps Failing in the Middle East