The Dilemma of Iran’s Resistance Economy

Imperviousness to Sanctions Will Require Growth

When Joe Biden’s election as U.S. president was certified in January, Iran’s currency appreciated against the dollar by 20 percent. A Biden victory, many Iranians hoped, would mean a return to the 2015 nuclear deal and an end to the “maximum pressure” campaign that had made the global economic crisis accompanying the coronavirus pandemic immeasurably worse for ordinary Iranians. But within a week of Biden’s assuming the presidency, U.S. Secretary of State Antony Blinken pronounced that Washington was still a “long way” from rejoining the nuclear deal. In Tehran, the currency markets reacted quickly, and the dollar climbed back.

The Biden administration turns out to be in no hurry to patch things up with Iran. Nor have Iran’s leaders shown much interest in a quick return to talks with the United States. Sanctions have inarguably hurt the Iranian economy, but the two countries would not likely have reached such an impasse if they didn’t have sharply different understandings of how the sanctions will affect the country’s long-term prospects.

The United States ratcheted up the pressure in 2018 and has since been watching for signs of Iran’s economic collapse. But some of the most powerful among Iran’s leaders have been watching for a different set of signs: that the country will emerge from the crisis with an economy more resistant to outside pressure and thereby insulated from future U.S. sanctions. Both sides are playing a waiting game. But in doing so, they are reading different signs. Some in the United States understand the pain of ordinary people as a ticking time bomb that the Iranian government will eventually be forced to defuse. But the office of Iran’s supreme leader has its eye on the long game, in which short-term suffering may be a price worth paying for long-term self-sufficiency.

The Bite of Sanctions

Many of the most hawkish American predictions about the Iranian economy have come true, but in a manner that has cost the Iranian public a great deal and gained the United States very little. Sanctions brought Iran currency depreciation, inflation, and economic decline, but not collapse. And rising dissatisfaction did indeed lead to protests. But these were met with deadly repression in November 2019 and did not make the authorities in Tehran more submissive.

Iranian living standards have declined, first gradually and then all at once. Starting in the mid-1990s, the country had enjoyed 15 years of rising living standards and a substantial decline in poverty. Then President Barack Obama imposed secondary sanctions on Iran in 2011, touching off a decade of economic deterioration that accelerated during the presidency of Donald Trump. The country’s earlier gains have been wiped out: in the 12 months ending on March 20, 2020, Iranians found themselves able to buy only as much, on average, as they did 15 years ago. Rural families were set back further, to 1998. Poverty rates have been on the rise. More than 4 million people have joined the ranks of the poor since 2012, three-quarters of them since Trump reimposed sanctions on Iran upon withdrawing from the nuclear agreement in 2018.

Many proponents of U.S. sanctions hoped that the measures would turn the majority of Iranians against their government. But sanctions have not had that effect. According to a recent opinion poll, “Iranians are staunchly opposed to negotiating with the Biden administration before the United States returns to full compliance with the [nuclear deal].”

In 2011, then Iranian President Mahmoud Ahmadinejad helped sooth the pain of sanctions by issuing cash transfers to the country’s citizens. The government of President Hassan Rouhani, in contrast, has not been of much help. Trump’s sanctions hit the major source of government income, oil revenues, much harder than their predecessors, and Rouhani does not believe in handouts. The cash transfers that began in 2011 continue, but they are worth only $19 per person per month in purchasing power parity U.S. dollars, down from $90 at their inception. Other government transfers, for which mainly the poor qualify, are even smaller, averaging $6 per month for the bottom 20 percent of the income distribution.

The office of Iran’s supreme leader has its eye on the long game.

The middle class has not fared much better. Before the reimposition of sanctions in 2018, nearly 60 percent of Iranians could be classified as middle class based on their consumption expenditures. In 2019–20, less than 50 percent could be so classified. Some 8 million Iranians have fallen into lower income groups since 2011, three-quarters of them during Trump’s maximum pressure campaign.

The leadership of the Islamic Republic is not indifferent to the plight of its citizens—especially the poor—but it is divided on the urgency of ending sanctions. Rouhani, a moderate, was elected in both 2013 and 2017 on promises to end U.S. sanctions and repair relations with the West. Rouhani is anxious to seize on Biden’s promise to revive the nuclear deal because he believes that Iran’s path to economic prosperity passes through global integration and peace with the Western world. The deal will be best able to survive if Rouhani can achieve it before a new, most likely conservative president is elected in June.

Arrayed against this view are the conservatives. Some in this camp never liked the nuclear deal and would be happy to see it die. Others are just jockeying for position and wish to be the ones who do the talking to the United States. But still others—Supreme Leader Ayatollah Ali Khamenei among them—value advanced technology and global integration but seek to prove that Iran can attain these things without reorienting toward the West.

The conservatives aligned with the supreme leader are determined to prove to the West and to their domestic rivals that Iran will continue challenging U.S. hegemony in its neighborhood regardless of sanctions and maximum pressure. If anything, this group argues, sanctions will have helped Iran reduce its dependence on oil and on the West. Such is the “resistance economy” that the supreme leader first articulated in 2014, has advocated ever since, and believes will surely come—even if slowly.

Iran’s conservatives look not to living standards to confirm their vision but to the economy’s performance overall. The country’s central bank announced last week that Iran had positive economic growth for the nine months ending on December 20, 2020. Estimates by the Statistical Center of Iran are slightly less favorable: the GDP for the nine-month period dropped by 1.2 percent compared to the same period last year, although in the last quarter it was up by 0.8 percent over the previous fall.

Unsurprisingly, Iran’s oil sector has been the hardest hit, but the idea of the resistance economy turns precisely on shedding the country’s dependence on oil. Three decades ago, oil accounted for more than 50 percent of Iran’s GDP; last year, that share was down to 15 percent. All other sectors have managed to keep their output and employment levels steady under sanctions. Manufacturing has even improved: Trump’s sanctions led to an enormous currency devaluation, making imports less affordable. Domestic manufacturing filled the gaps, increasing production, employment, and domestic sales. Had sanctions not prevented Iran’s firms from exporting their products, manufacturing would have done even better.

These modest gains may not be evidence of the birth of the resistance economy. But proponents of that vision believe that with time, especially under sanctions, the case for Iran’s economic independence may become more convincing to audiences both inside and outside Iran. For these powerful forces in Tehran, sanctions are not just instruments of short-term suffering but the possible catalyst for a more sustainable future.

What the more ideological among them may not acknowledge is that, with sanctions remaining, Iran can look forward to only slow growth for the foreseeable future. And although slow growth may be sustainable while Iran waits to see what the United States does under Biden, in the longer run, the Islamic Republic must make good on the social compact that has sustained it for four decades: that is, it must return to the kind of sustained economic growth and poverty reduction that the country experienced before sanctions. To do so will require Iran to reconcile its political ambitions—as a regional power that can challenge the United States—with its economic objective of delivering growth.

The concept of the resistance economy as it is being discussed in Iran does not imply autarky or self-sufficiency but rather recognizes the need for Iran to trade its abundant supply of oil and gas for imports and new technologies. The call to “look East,” as the supreme leader has urged, may not offer a solution to Iran’s conundrum. After all, the East was not much help in fighting Trump’s sanctions: Russia is a hydrocarbon exporter in its own right and has little to offer Iran besides weapons, and Asian economic powerhouses such as China, India, Japan, and Korea have eschewed formal trade with Iran, fearing, like everyone else, losing access to U.S. markets.

In the short run, so long as the Islamic Republic can manage and contain its citizens’ dissatisfaction, Blinken’s prediction that sanctions relief is a “long way” off may not sound like bad news to those in Tehran who oppose the nuclear agreement. But to achieve a functioning resistance economy, Iran needs the nuclear deal. For this reason, the negotiations may well go forward even after the June election that will herald the departure of the Rouhani government and its able foreign minister, Mohammad Javad Zarif. 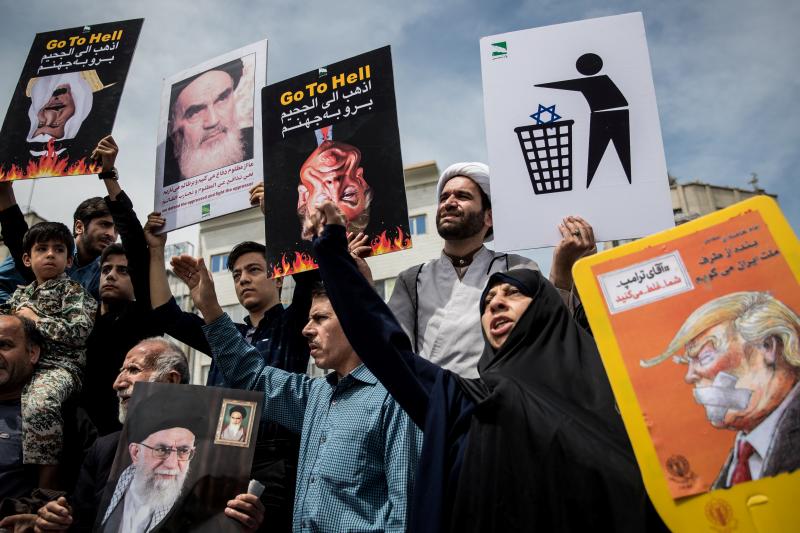 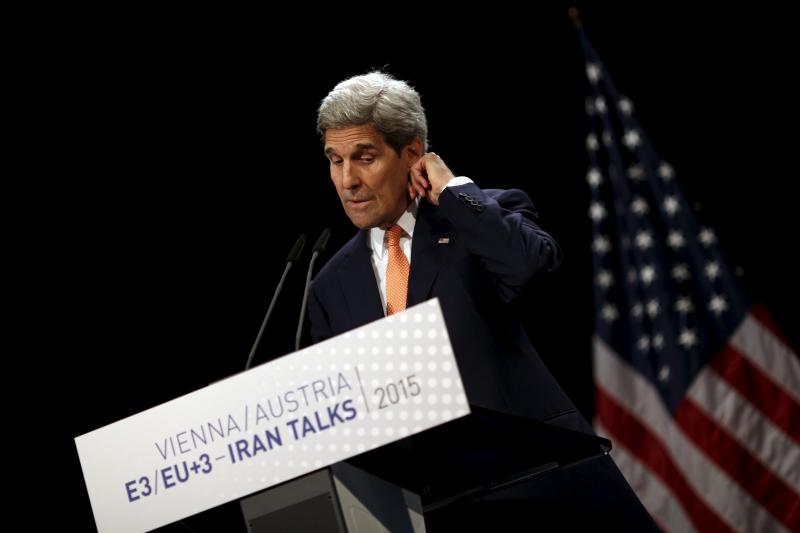