The United States Is the Last Check on MBS’s Power

Washington Should Rein In, Not Isolate, the Saudi Prince

U.S. President Joe Biden has taken a much harder line toward Saudi Arabia than did his predecessor. Whereas President Donald Trump’s administration coddled the country’s de facto ruler, Crown Prince Mohammed bin Salman, often referred to by the initials MBS, Biden has released damning information about MBS’s involvement in the 2018 killing of the Washington Post journalist Jamal Khashoggi, sanctioned a long list of Saudi officials thought to be involved in the murder plot and other harassment of dissidents, and slashed military aid to the kingdom. But this stark recalibration of relations with Saudi Arabia has not been enough for many critics of MBS.

Human rights defenders, journalists, and even some prominent former U.S. officials have criticized Biden for not sanctioning MBS directly. Such arguments are largely couched in terms of the need to sanction human rights abusers (with journalists particularly incensed that Biden gave the killer of one of their own a pass). But some critics have further implied that Biden has the power to force King Salman and the rest of the Saudi royal family to replace MBS with a new leader. The New York Times columnist Nicholas Kristof slammed Biden for not making clear that “the kingdom is better off with a new crown prince.” And the Brookings Institution senior fellow Bruce Riedel, a seasoned Saudi watcher who spent decades in U.S. government positions dealing with the Middle East, told The Guardian that “if the objective of the United States is a stable, moderate Saudi Arabia that is stable internally and not a source of unrest in the region, then that Saudi Arabia has no place for Mohammed bin Salman.”

What these critics miss is that MBS is now an entrenched and most likely immovable pillar of the Saudi decision-making structure. With the support of his father, King Salman, MBS has ruthlessly and effectively consolidated power in his own hands, leaving the United States as one of the few, if not the only, effective checks on his authority. Attempting to isolate MBS would not force his removal from power but rather eliminate Washington’s ability to restrain his behavior abroad and, to a lesser degree, at home. The United States is going to need Saudi Arabia’s cooperation on urgent security matters in both Yemen and the broader region, and for that, it will have to engage with MBS.

From Consensus to Consolidation

For decades, Saudi Arabia was governed by a de facto committee of princes who held important government positions and senior status within the ruling family. Important decisions went through the senior princes, many of whom had veto power. As a result, Saudi policies, both foreign and domestic, usually reflected consensus positions. Change was rare and gradual. The royal family failed to solve many problems or seize many opportunities, but it also refrained from making really bad decisions. This structural conservatism served the kingdom well, enabling it to ride out Nasserist pan-Arabism in the 1950s and 1960s, the Iranian Revolution in 1979, the Iraqi dictator Saddam Hussein’s invasion of Kuwait in 1991, and most recently, the Arab Spring in 2011.

As the senior princes grew older and started to pass away, their sons seemed to begin reconstituting the committee system among themselves. Sons succeeded fathers in important positions, such as minister of foreign affairs, minister of the interior, and commander of the National Guard. Other sons, serving as deputy ministers to their fathers, were poised to inherit other positions. King Abdullah, near the end of his rule, moved slightly away from the inheritance system, appointing Salman as minister of defense rather than the son of the recently deceased minister. But then in 2015, King Salman took the throne and began dismantling the committee system.

Instead of cultivating consensus, King Salman concentrated power in the hands of MBS, sidelining the remaining princes of his own generation and those in the next generation who could rival his favorite son. He started by making MBS, who had been his deputy at the ministry of defense, the minister. The king pushed out his half brother, Prince Muqrin, as crown prince and then, in 2017, replaced then Crown Prince Mohammed bin Nayef with MBS. The king also made MBS the head of the council that makes economic and social policy and of the council that oversees Saudi Aramco, the state oil company and main source of Saudi wealth. MBS thereby solidified his control over the most important coercive and economic institutions of the state. He is now unrivaled at home, constrained only by a king who is elderly and increasingly enfeebled.

MBS is now an entrenched and most likely immovable pillar of the Saudi decision-making structure.

These profound changes to the power structure within the Saudi ruling family have removed the constraints that previously rendered Saudi policymaking cautious, predictable, and risk averse. MBS is anything but. He has allowed women to drive, restricted the power of the religious police, and imposed a broad tax on Saudi consumers. Reform-minded Saudis had been urging these policies for decades, but the innate conservatism of the Saudi decision-making process had frustrated change. Only MBS had the will and the power to make these reforms happen.

But the crown prince’s combination of power and mercurial will has also led to reckless and counterproductive decisions. In 2017, MBS arrested more than 300 of the country’s leading business officials and princes, turning the Riyadh Ritz-Carlton into the world’s most lavish prison and shaking the confidence of foreign and domestic investors alike. Also that year, MBS effectively kidnapped Lebanese Prime Minister Saad Hariri, who was visiting Riyadh, and forced him to resign his position. MBS hoped to gin up a political crisis in Beirut that would damage Hezbollah, an ally of Iran, but ended up bolstering the paramilitary group’s political standing instead. MBS in that same year joined Bahrain, Egypt, and the United Arab Emirates in boycotting and threatening Qatar—home to the largest American air base in the Middle East—over its support for Islamist groups, sponsorship of Al Jazeera, and ties with Iran. That boycott ended in December 2020, having achieved only the division of the United States’ Gulf partners. MBS further pursued a futile and destructive war in Yemen and cracked down harshly on dissidents, most notably ordering the killing of Khashoggi in 2018.

Despite these own goals, there is no indication that other members of the ruling family are aligning against MBS. Plenty of older princes are reportedly unhappy with their ruthless younger cousin. But it is not clear that they have the means or the stomach for a direct confrontation with the man who controls all the guns and money in the kingdom. Previous power struggles within the ruling family have led to open dissent—military formations led by rival princes confronting each other, prominent princes withdrawing from official government duties while maintaining their official titles and influence. No such machinations are visible now. Moreover, MBS has cultivated the loyalty of younger members of the family, promoting princes from the generation beneath him to positions in provincial governments and the state agencies. Should MBS’s older cousins move against him, there is no guarantee that the rest of the family would fall in line.

A Last Check on Power

Having consolidated almost total control of the Saudi government and kept familial opposition at bay, MBS faces only one practical check on his freedom of action: the United States. MBS’s ambitious plans for economic change depend on international investment, with American investors taking a leading role. He cannot be a player in the world financial system if Washington stands against him. The United States is still Saudi Arabia’s most important international partner and ultimate security guarantor. No Saudi ruler wants to put that relationship at risk.

The Trump administration favored and protected the crown prince, seeming to insert itself into the politics of the Saudi ruling family. MBS had a direct relationship with the president’s son-in-law, Jared Kushner, that allowed him to bypass normal diplomatic channels and access the White House. The administration granted MBS a very public meeting with the president ahead of Mohammed bin Nayef, who was Saudi Arabia’s crown prince at the time. Trump then made the unusual decision to make Riyadh the destination of his first foreign trip in office. MBS became crown prince just a few months after that visit, and the White House was hardly discreet in signaling its approval of the change. Such privileged treatment from Washington misled MBS into believing that he could act with impunity on the world stage and no doubt contributed to some of his blunders.

The Biden administration understandably came to office with the intention of recalibrating relations with Saudi Arabia and erecting some guardrails to constrain MBS’s behavior. Biden’s first contact with Riyadh set the tone for this reset: the U.S. president spoke with King Salman, not with the crown prince, who in his capacity as Saudi minister of defense got a call from U.S. Defense Secretary Lloyd Austin. Vice President Kamala Harris, the protocol equal of MBS, was not on that call. Biden also ended cooperation with the Saudi military campaign in Yemen, suspended arms deliveries to the country, and banned a number of Saudis believed to have threatened Saudi dissidents from traveling to the United States.

MBS faces only one practical check on his freedom of action: the United States.

But the Biden administration stopped short of sanctioning MBS personally for his role in Khashoggi’s murder. It correctly determined that if it was going to have any influence on Saudi decision-making, it could not make the crown prince persona non grata—much less force the Saudi royal family to replace him.

Any effort to turf MBS out of his central position in the current Saudi system would amount to something very close to regime change, which has not worked out well for the United States in the Middle East. The last thing that the Biden administration should do is get involved in this kind of spy-novel skullduggery. The idea that it can dislodge MBS is not just wishful but dangerous thinking, a repeat of the hubris that has led the United States astray in Iraq, Libya, and elsewhere.

The Biden administration has chosen the wiser path, as distasteful as it might be. Its challenge now will be to communicate clearly what it will and will not tolerate from MBS. As his conduit to the crown prince, Biden should appoint an ambassador of gravitas and seniority who can relay what the United States expects from Saudi Arabia: cooperation on ending the war in Yemen; an end to attacks on and harassment of Saudi dissidents abroad; help strengthening the Iraqi government (to give Baghdad options besides Iran for international support); and full consultation with Washington in order to avoid repeats of destabilizing adventures such as the Qatar boycott and the kidnapping of the Lebanese prime minister. As an inducement, the United States can offer its help weaning Saudi Arabia off its reliance on oil revenues, but only if MBS agrees to respect the rule of law at home.

Isolating MBS might provide some short-term emotional satisfaction, but for an administration looking to contain Middle East crises and avoid new conflicts, dealing with Saudi Arabia is a necessity. And that means dealing with MBS.

How America Lost Faith in Expertise

And Why That’s a Giant Problem 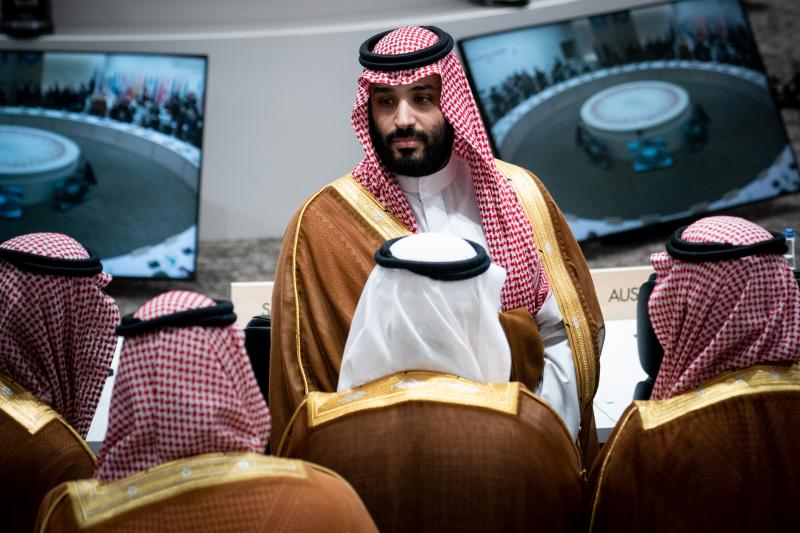 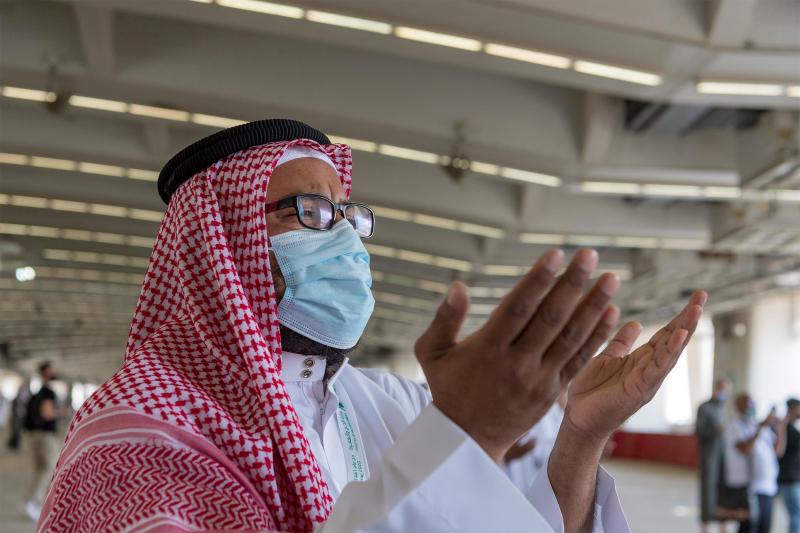