In the End, Years of Upheaval Led Only to Despair

Americans tend to lament 9/11 and its long aftermath by looking inward at what they and their country lost in the “war on terror.” And it is true that the United States lost a lot—in lives, money, influence, and respect. The attack and its fallout—especially the disastrous wars in Afghanistan and Iraq—also weakened the country by fueling division and distrust, sapping confidence in government and elite institutions, and supercharging the polarization that has disfigured U.S. democracy. The 9/11 attacks marked the beginning of the end of the American era, however brief it may have been.

The Middle East, however, has fared much worse than the United States. Judged in terms of what might have been and what was, the past two decades have been the most costly and tragic in the region’s contemporary history. The 9/11 attacks galvanized a tremendous amount of global attention on and action in the Middle East—some of it rooted in genuine concern for the region and its people but more of it motivated by fear and anger. At a few points, there were grounds for hope. They did not last. Far from bending toward justice, the arc of this recent history has bent toward despair.

In the months and years that followed 9/11, Arab regimes seized on the U.S. war on terror to fight their own largely unrelated battles. Using the metastasizing terrorism threat as a pretext, they accused their domestic opponents—most of whom were nonviolent—of undermining the security of the state. Extremists were all too willing to help confirm this narrative, which also served their ends. They offered up precisely the kinds of mayhem that regimes needed to justify more repressive measures. In May 2003, suicide bombers in Casablanca killed 33 people, the worst terrorist attack in Morocco’s history. Then there were the November 2005 suicide bombings of three hotels in Amman, Jordan, which killed 60 people. Al Qaeda in Iraq, a product of the insurgency in Iraq and a precursor to the Islamic State (also known as ISIS), took credit.

Arab autocrats had never hesitated to use security threats to shut down dissent, but the war on terror allowed them to attack their opponents with renewed alacrity. The decade after 9/11 saw Arab governments closing political spaces and cracking down on nonviolent Islamist groups, such as the Muslim Brotherhood, as well as secular political organizations and civil society groups. This happened despite U.S. President George W. Bush’s pursuit of what he called “the Freedom Agenda.” People in the Middle East were more likely to resort to violence when they lacked peaceful means to express their grievances, the Bush administration reasoned. Accordingly, 9/11 did not happen because Arabs hated freedom but because a toxic mix of repression and political dysfunction had bred anger and frustration. In theory, this made sense. And in practice, Bush did in fact exert pressure on some authoritarian U.S. allies in the Middle East, contributing to the first (and largely forgotten) Arab Spring, as it was known at the time among activists in the region, which witnessed an eruption of mass protests in Bahrain, Egypt, and Lebanon in 2004 and 2005.

In 2006, Mohammed Mahdi Akef, the leader of Egypt’s Muslim Brotherhood, grudgingly admitted to me that Bush’s pressure on the Egyptian dictatorship had opened up space for the opposition. And as Abdel Moneim Aboul Fotouh, another leading Brotherhood figure, told me: “Everyone knows it . . . . We benefited, everyone benefited, and the Egyptian people benefited.” The Brotherhood happened to release a new reform initiative in March 2004, just as the Bush administration was working to unveil its own so-called Greater Middle East Initiative. This was not a coincidence.

But the pressure did not last. After Islamist movements made gains across the region—and especially after Hamas’s surprise election victory in the Palestinian territories in 2006—the Bush administration decided that the prospect of Arab democracy was less appealing than it had initially supposed. Moreover, in order to stabilize post-invasion Iraq and counter Iran, the administration urgently needed the cooperation of authoritarian allies, and it seemed risky to ask for greater cooperation while also threatening aid cuts.

HOPE BUT NO CHANGE

In 2008, a young, largely unknown U.S. senator named Barack Obama seized on the blunders of Iraq and the moral stain of torture and ran for president promising a new era in American foreign policy. Drawing a stark contrast with his Republican opponent, John McCain, Obama correctly bet that Americans were ready for a reset. One of his first major acts as president was delivering a much-touted address in Cairo in 2009, meant to offer the prospect of “a new beginning” with the Muslim world.

The following year, the first glimmers of the Arab Spring emerged in Tunisia and then spread across the region. After Egyptians toppled the dictator Hosni Mubarak in February 2011, it became common to hear observers in and outside the country declare that the Egyptian people would never allow themselves to be ruled by a tyrant again. They had found their voice, and perhaps most important, they had reclaimed their dignity.

The optimism inspired by these developments was short-lived. Barely two years later, the Egyptian military, led by Field Marshal Abdel Fattah el-Sisi, deposed the democratically elected government headed by Mohamed Morsi, a longtime Muslim Brotherhood leader. If Sisi’s coup did not mark the end of the Arab Spring, then the Rabaa massacre that followed six weeks later surely did. On August 14, 2013, Egyptian security forces moved to clear a massive protest encampment in Cairo, killing around a thousand Morsi supporters.

Among the people of the Middle East, political exhaustion has taken hold.

After a year of small but significant anti-regime protests, a tense quiet spread across Egypt. Sisi, now president, applied escalating repression, arresting tens of thousands, sentencing hundreds to death, and promulgating a series of laws that criminalized dissent. As it turns out, it is possible to crush the spirit of the people—at least temporarily. Egypt’s wall of fear was rebuilt, and however weak its foundations, it remains formidable. If history is any guide, the resort to repression can prove effective for long stretches. After the 1982 massacre in Hama, Syria, in which the regime of Hafez al-Assad killed tens of thousands of its own citizens, it took Syrians 29 years to muster the courage to revolt again. And after the 1992 military coup that ended Algeria’s brief democratic experiment, 27 years passed before Algerians once again managed to build a large-scale protest movement.

With the declining centrality of the Arab-Israeli conflict (periodic conflagrations notwithstanding), Arab regimes have focused more resources and attention on their own people—although not necessarily for their improvement. Drawing on Sisi’s regime as a model, the governments of Bahrain, Saudi Arabia, and the United Arab Emirates have ruthlessly cracked down on even the mildest hints of domestic opposition. For now, such repression appears to have succeeded in cowing Arab publics into submission.

The people of the Middle East have lived a lifetime’s worth of history in just 20 years: the war on terror, the Iraq war, the Arab Spring, the rise of ISIS. There have been revolutions and counterrevolutions. Countries as varied as Libya, Syria, and Yemen have experienced politics as war and war in the absence of politics. Among the people of the Middle East, political exhaustion has taken hold.

Quite the reverse is true, however, for the regimes that rule them. Paradoxically, the Arab Spring breathed new life into seemingly moribund Arab states. Countries such as Egypt had long relied on repressive measures but had been unwilling to take them to their logical conclusion—the kind of brute force captured by the act of firing on a large crowd of protesters. The threat of upheaval and overthrow also pushed these regimes to embrace and emphasize their “state-ness” and their “nation-ness,” including countries that had previously defined themselves primarily in religious rather than national terms. For example, in the wake of the Arab Spring, Saudi Arabia, one of the world’s few remaining theocracies, became a more typical state, as well as a more repressive one. Crown Prince Mohammed bin Salman fashioned a “new nationalism” through an ambitious modernization drive and the removal of religious restrictions at home. The Saudi government began to de-emphasize its historic role as a pan-Islamic power. Saudi leaders also hoped to rally nationalist sentiment for various adventures abroad, such as a 2011 military intervention in Bahrain to quell mass protests there and a brutal military campaign against the Houthi-led government in Yemen.

If today’s Middle East had a slogan, it would be “the state above all else.”

Meanwhile, governments in Jordan, Morocco, and the United Arab Emirates repackaged themselves as champions of “moderate Islam,” each offering their own nationalist spin on the idea. In doing so, they have sought to counter ideological challenges emanating from Islamist groups such as the Muslim Brotherhood. In their view, to elevate the nation is to strengthen the state—and to strengthen the state is to centralize power, increase coercive capacities, and restrict opposition.

Pointing to the instability that the 2010–11 uprisings provoked, authoritarian regimes argue that this is not the time for democracy, political reform, or anything that might challenge haybat al-dawla, the “the prestige of the state.” If today’s Middle East had a slogan, it would be “the state above all else.” The state is no longer primarily a means to other ends, whether full employment or economic development and diversification. It is self-justifying.

This puts international observers in something of a bind: stronger, more effective states are better for implementing economic reforms, for combating terrorist networks, and for claiming a monopoly over the use of force. Yet improving states’ effectiveness, at least in the context of the Middle East, tends to also strengthen and entrench their repressive capabilities. This paradox has tripped up many previous U.S. presidents and is already causing headaches for President Joe Biden, who views the Middle East as a distraction from other priorities.

The Middle East’s return to repression provides a tragic epitaph to the post-9/11 era. Over the past two decades, Arabs have repeatedly demonstrated that their desire for political alternatives goes far beyond the nihilism of jihadi groups such as al Qaeda and ISIS. People in the region have displayed considerable courage, as protesters and dissidents have risked their lives and livelihoods in pursuit of self-determination. The vast majority of them have done so peacefully and injected public discourse with a new and exciting energy. Briefly, Arab politics was very much alive. But it wasn’t enough. The moment has passed, and there is little reason for hope or optimism. Americans have grown tired of the Middle East; so, too, have the people who live there. 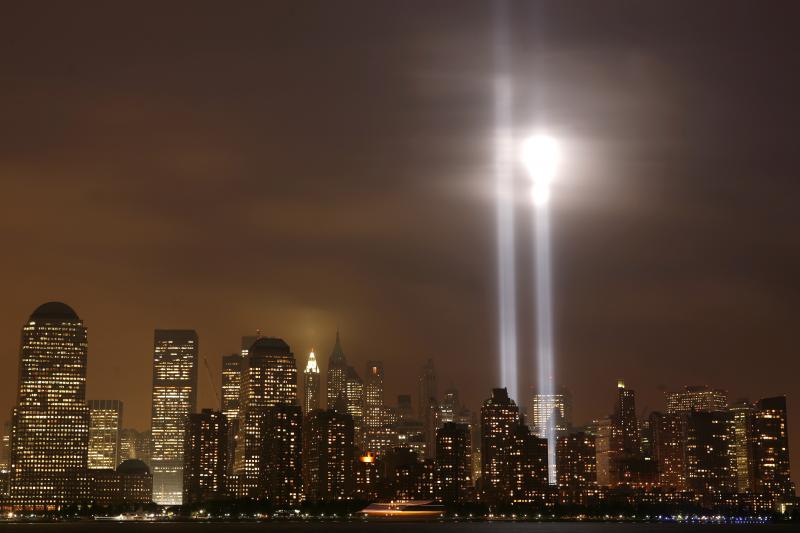 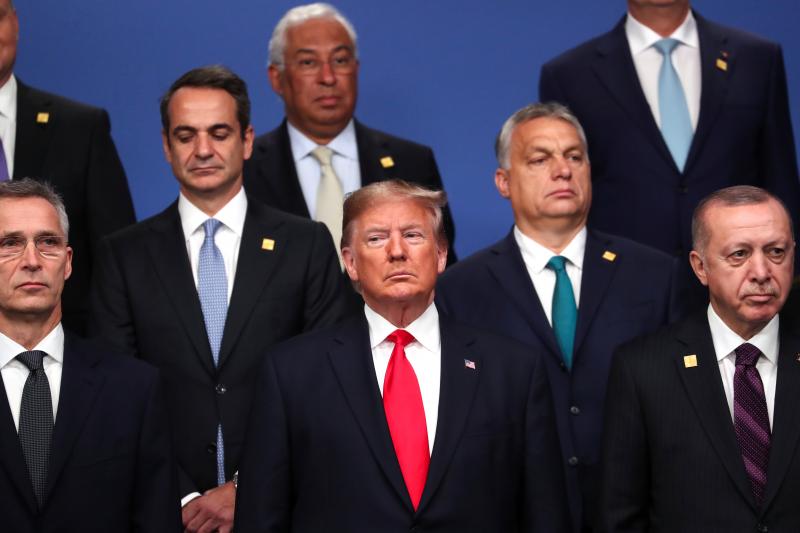 Why the International Order Is Tilting Toward Autocracy