Three and a half years into its first term, the administration of U.S. President Donald Trump has finally assembled a comprehensive strategy for technological competition with China. From cutting chains that supply Chinese tech giants to barring transactions with them to regulating the undersea cables on which telecommunications depend, the Trump administration’s measures have often been incomplete, improvisational, and even detrimental to some of the great strengths of the American innovation system. They have, however, set the outlines of U.S. technology policy toward China for the near future. That policy rests on restricting the flow of technology to China, restructuring global supply chains, and investing in emerging technologies at home. Even a new U.S. administration is unlikely to stray from these fundamentals.

Beijing’s counterstrategy, too, has crystallized. China is racing to develop semiconductors and other core technologies so as to reduce its vulnerability to supply chains that pass through the United States. In pursuit of that goal, its leaders are mobilizing tech companies, tightening links to the countries participating in China’s Belt and Road Initiative, and sustaining a campaign of cyber-industrial espionage.

The contours of the “tech cold war” have become clear, but who, if anyone, will benefit from this competition remains an open question. A bifurcated technology world will likely innovate more slowly, at least in the short term. It will also be expensive. A report from Deutsche Bank estimates the costs of the tech war at more than $3.5 trillion over the next five years. Still, leaders on both sides of the Pacific hope to fast-track technological development at home by making it a matter of national security.

Trump has set the course for U.S. technological competition with China. If there is a change in administration, the changes in the policy are likely to be a matter of fine-tuning. To address the concerns that TikTok, WeChat, and other Chinese apps raise about data privacy and censorship, for example, the United States may ultimately opt to replace blanket bans based on country of origin with a stronger privacy regulatory framework of its own. And a new administration could introduce other broad changes that would affect the course of competition.

If the United States were to fortify relations with its allies, for instance, it might find more willing partners to collaborate in developing international standards, protecting sensitive intellectual property, and investing in 5G and other emerging technologies. The Trump administration has proposed about a 30 percent increase in nondefense spending on artificial intelligence and quantum information sciences, but other areas of scientific research could also receive priority funding. Smarter immigration policies could prevent many of the best and the brightest from seeking opportunities in Australia, Canada, the European Union, and the United Kingdom in preference to the United States and thus shore up U.S. competitiveness in semiconductors and artificial intelligence.

The contours of the “tech cold war” are now clear.

But all of these changes would take place around the margins of the same basic strategy: block the flow of technology to China, reshore some high-tech supply chains, and reinvigorate U.S. innovation. These essential precepts are as clear to Beijing as they have become in Washington. As a result, China is preparing for a future in which it cannot rely on the United States for essential technologies.

This year, the National People’s Congress unveiled a five-year plan in which municipalities, provinces, and companies will invest close to $1.4 trillion in building “new infrastructure” through AI, data centers, 5G, the Industrial Internet, and other new technologies. Chinese policymakers especially seek to reduce their country’s dependence on the United States for semiconductors. In October 2019, Beijing established a $29 billion semiconductor fund, and in August, Chinese officials introduced other policies to support the chip industries, including tax benefits, research and development support, and incentives for international semiconductor companies to relocate to China. Two government-backed chip manufacturers have reportedly hired more than 100 veteran engineers and managers from Taiwan Semiconductor Manufacturing Company, the world’s leading chipmaker, and a cybersecurity firm recently revealed a two-year hacking project that stole source code, software development kits, and chip designs from seven Taiwanese chip firms.

The effort to reduce tech dependency seems to be helping drive China’s larger economic agenda. The Chinese state news media has lately promoted Chinese President Xi Jinping’s new strain of economic thought, called “dual circulation theory.” Although its specifics remain vague, the theory appears to prioritize domestic consumption, markets, and companies in an effort to boost China’s technological self-sufficiency after decades of export-led growth. According to The Wall Street Journal, Chinese Vice Premier Liu He has been working to identify companies and industries at risk from U.S. sanctions. Those believed to be especially vulnerable could get more government financing for research and development.

The Chinese government is trying to mobilize private tech firms, too, in support of national goals. At a meeting in July with Chinese entrepreneurs, Xi called on businesses to be patriotic and innovative. More than half the 25 business leaders at the conference worked in emerging tech fields, such as chip making, artificial intelligence, and smart manufacturing. Alibaba established a semiconductor division, called Pingtouge, in September 2018, and Baidu released a smart chip, called Kunlun, in July 2019. Alibaba and Tencent have announced huge new investments in cloud services and data centers to support the new infrastructure.

China and the United States are preparing for a long-term technological rivalry.

As it looks to diversify its supply chain, China has taken an interest in open-source solutions that it believes will not be subject to U.S. sanctions. Huawei, for example, has pledged to invest $1 billion to attract developers to its open-source replacement for Google Mobile Services, and China has actively and enthusiastically participated in the open-source chip project RISC-V. Moreover, the less welcoming that Chinese technology firms find European markets, the more these companies will focus on building digital infrastructure for and providing services to the countries that have signed on to the Belt and Road Initiative.

Finally, if worst comes to worst, Beijing retains a powerful policy tool in its quiver: it can always retaliate against U.S. technology firms. China’s Ministry of Commerce has reportedly prepared an “unreliable entity list” of foreign people and businesses: those that cut off supplies to Chinese companies for noneconomic reasons could see their business in China severely curtailed through bans or restrictions on trade, investment, regulatory permits, and licenses. Some in the Chinese media and the business community have suggested that Apple or Qualcomm could eventually be punished for Washington’s campaign against Huawei. So far, however, Beijing has avoided such actions and has chosen instead to position itself as the restrained, responsible actor in the trade dispute with the United States.

China and the United States are preparing for a long-term technological rivalry—one that will likely not change course no matter the outcome of the U.S. presidential election. In order for that competition to spur innovation at a rate that compensates for the losses it entails, Beijing and Washington will each have to overcome domestic political barriers.

Chinese industrial policy has allowed the country to make gains in areas such as supercomputers, but Beijing’s top-down direction can also produce inefficiency, waste, and redundancy. Most notably, the government has so far failed to close the gap between China and the United States in semiconductors, despite decades of support to that industry, and current efforts are unlikely to yield immediate breakthroughs.

In the United States, the executive agencies and Congress broadly support strengthening innovation. Over the last six months, members of Congress have introduced bills that reflect this commitment—boosting domestic semiconductor manufacturing, for example, remaking the National Science Foundation, and creating a national research cloud. One bill seeks to make immigrant visas more easily attainable for those who work in AI and other technologies essential to national security.

Such high-level political attention must, however, be converted into sustained bipartisan support. The last three years are a forewarning of the intense technological competition to come. Beijing has made clear that it will adjust and respond to U.S. efforts. Washington must do likewise. 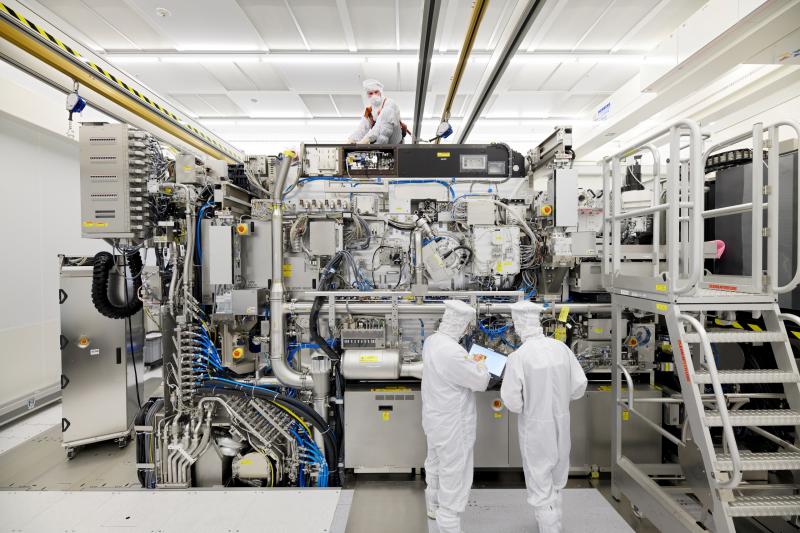 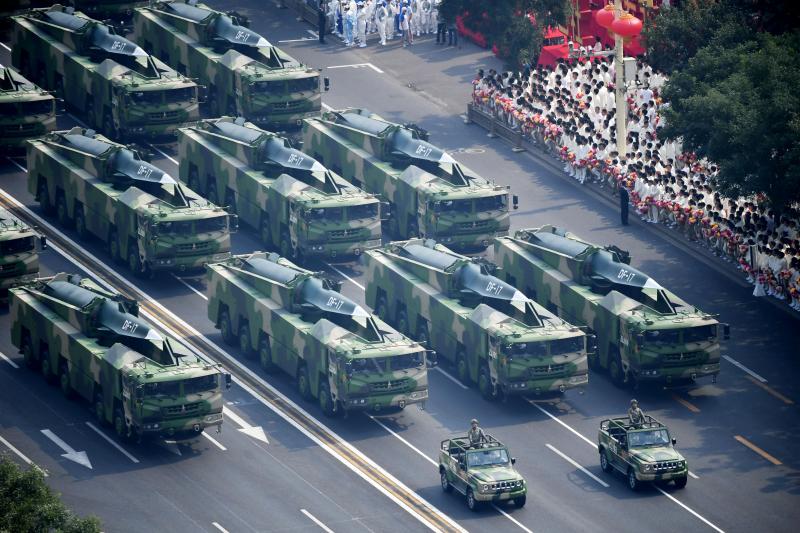