U.S. President Donald Trump has held three summits with Kim Jong Un, the North Korean leader, in the last three years and still failed to secure a denuclearization agreement. John Bolton, the former U.S. national security adviser, offers a high-level window onto these dealings in his new memoir, The Room Where It Happened. In Bolton’s telling, the U.S. president was more interested in how his peacemaking efforts would play in the media—and whether he could claim they were a “huge success”—than in actually trying to eliminate North Korea’s weapons of mass destruction. He made no effort to understand the issues or to study why U.S. approaches to North Korea had failed over three previous presidencies. Instead, he relied on his own instincts as he sought to charm Kim into a deal that was never remotely realistic.

The revelations about Trump’s failed diplomacy with Kim have attracted particular attention, but the more disturbing story Bolton tells is that of the withering of the U.S.–South Korean alliance on Trump’s watch. While in reckless pursuit of an attention-grabbing deal with the North, Trump did considerable damage to U.S. relations with Seoul. North Korea’s nuclear arsenal isn’t going anywhere—but Bolton’s book makes clear that the U.S.–South Korean alliance, long a cornerstone of U.S. defense strategy in Asia, may not survive a second Trump term.

Forged in the Korean War that began 70 years ago in June, the U.S. alliance with South Korea has matured into a multifaceted relationship between two countries that, especially since the end of South Korea’s military regime in 1987, have shared a commitment to free markets and democracy. The bedrock of this relationship has been the enduring U.S. troop presence in South Korea, which has guaranteed the country’s security. South Korea has forgone development of its own nuclear arsenal because it relies on the United States’ nuclear weapons to deter North Korean aggression. In return, South Korea has contributed troops to every U.S. war since the Korean conflict; it sent more than 300,000 troops to fight in the Vietnam War and at one point had the second-largest foreign troop contingent in Iraq.

But South Korea’s importance to the United States extends beyond defense policy. It is the United States’ seventh-largest trade partner, and on initiatives addressing counter-piracy, clean energy, cybersecurity, development aid, and other global concerns, it is a key U.S. ally. Seoul even sent 700,000 test kits to the United States during the coronavirus pandemic. But as Bolton’s book makes clear, the U.S. president doesn’t value the alliance—and South Koreans are increasingly asking themselves if the benefits of their close relationship with Washington are worth the costs.

The president didn’t understand why the United States fought the Korean War or why it stationed troops in South Korea afterward.

Bolton writes that Trump is deeply suspicious of South Korea, as he is of all U.S. allies that he sees as free-riding off of U.S. military spending. The president didn’t understand why the United States fought the Korean War or why it stationed troops in South Korea afterward. Trump believed that U.S. forces were stationed in South Korea “to defend them”—the South Koreans—and that the United States should be paid more for this protection. Across the board, according to Bolton, Trump thinks that U.S. allies should pay “cost plus 50 percent” so that Washington can turn a tidy profit on troop deployments.

In 2018, the Trump administration demanded that South Korea increase its annual contribution toward the cost of hosting U.S. troops on its soil. South Korea agreed to pay nearly $1 billion, up from $800 million the previous year. But Trump wasn’t satisfied, and in 2019 he demanded $5 billion. South Korea refused, offering to increase its contribution to $1.3 billion. According to Bolton, Secretary of State Mike Pompeo and Secretary of Defense Mark Esper were both receptive to the South Korean offer, but Trump rejected it. To get the best deal, he argued, it was necessary to “to threaten to withdraw all U.S. forces”—something he has yet to do. The South Koreans are now hoping to wait Trump out by refusing to conclude a new cost-sharing deal on Trump’s terms before the U.S. election in November. Instead, they are paying $200 million as a stopgap measure to cover the salaries of South Korean workers on U.S. bases who were furloughed after the previous cost-sharing agreement expired on December 31, 2019. (The United States is supposed to reimburse South Korea for this cost after a new deal is reached.) But if Trump wins reelection, he could easily renew his $5 billion demand or withdraw some or all U.S. troops from South Korea—just as he recently ordered the withdrawal of one-third of the U.S. troops stationed in Germany.

Trump has already damaged South Korean security. At his first summit with Kim in Singapore in June 2018, he agreed to halt joint U.S.–South Korean military exercises without consulting Seoul or even his own aides. According to Bolton, Kim pressed Trump to scale back or eliminate the exercises, and Trump answered—“exactly as I feared”—by characterizing the drills as “provocative and a waste of time and money.” Bolton writes, “[Trump] said he would override his generals, who could never make a deal, and decide that there would be no exercises as long as the two sides were negotiating in good faith. He said brightly that Kim had saved the United States a lot of money. Kim was smiling broadly.”

Trump’s decision to scrap the military exercises predictably rankled South Korean officials, who were caught off-guard and confused by the cancellation. President Moon Jae-in didn’t publicly protest because the decision had already been made and because he had invested a great deal personally in outreach to the North. But the unilateral U.S. decision was especially jarring to South Korean conservatives and to the South Korean military—the most pro-American sectors of South Korean society. Some in their ranks have begun to question, at least privately, whether Seoul can still rely on Washington for security. And among a few hard-liners, there is talk of the need to develop a South Korean nuclear arsenal. Thus did Trump unwittingly help North Korea further its objective of separating South Korea from the United States. As Bolton writes, “The North’s efforts to scale back the joint exercises was yet another attempt to drive a wedge between Seoul and Washington.”

Bolton's unvarnished account of the Trump administration’s disdain for South Korean interests has met with consternation in Seoul.

Bolton’s book serves to drive that wedge in deeper. Its unvarnished account of the Trump administration’s disdain for South Korean interests and its unflattering portrayal of Moon—described as an interloper at the June 2019 summit between Trump and Kim—have met with consternation in Seoul. After all, it is one thing to suspect that the president of the United States doesn’t care about your country and is simply pursuing diplomacy to get his picture in the newspaper; it is quite another to have the suspicion confirmed by one of the president’s most senior advisers.

Moon’s national security adviser, Chung Eui-yong, has joined Trump and his administration’s spokespeople in denouncing Bolton’s book, claiming that it “does not convey accurate facts and a large chunk of it distorts facts a great deal.” One suspects that Chung’s real complaint is that Bolton presents an all too accurate glimpse into his and Trump’s thinking—one that is embarrassing for Seoul. Moon has competed with other world leaders—notably Prime Minister Shinzo Abe of Japan—to develop a close relationship with Trump; Bolton reveals that he has fallen short.

Bolton’s book has given South Korea reason to question its alliance with the United States just as relations with the North are once again approaching a crisis point. After three failed summits, neither Seoul nor Washington has relaxed sanctions on Pyongyang, although Trump vaguely indicated to Kim in Singapore that he might think about doing so. Now Kim has taken out his frustration on Moon. North Korea recently blew up the inter-Korean liaison office at the Kaesong Industrial Complex, a symbol of North-South reconciliation. North Korea has further threatened to deploy military units to the KIC and Mount Kumgang, a special administrative region of North Korea and another symbol of inter-Korean reconciliation; to reoccupy vacated guard posts in the demilitarized zone; and to revive military exercises in the Yellow Sea. Kim appears to have paused his campaign of provocations in recent weeks to see if he can extract concessions from Seoul, but his ultimatums are designed to pressure Moon’s administration into splitting from Washington and offering  sanctions relief.

If Pyongyang continues to escalate in this fashion, Washington and Seoul will have an ever harder time maintaining an aligned policy toward the North. The United States and South Korea have always had disagreements, including over whether normalization of relations between the two Koreas should precede denuclearization, as Seoul believes, or follow it, as Washington does. But the growing strain on U.S.–South Korean relations could place more pressure on Moon to improve inter-Korean ties, even if doing so means parting ways with Washington. For instance, Moon may decide to reopen the KIC, which once generated between 25 and 30 percent of North Korea’s export revenue, as a gesture of good faith toward the North. Such a move would put Seoul at odds with Washington, which aims to keep Pyongyang starved of revenue as long as its nuclear program continues to operate. If South Korea reopens the KIC over Trump’s objection, this would represent a serious breach between the two allies. Of course, it is possible that Trump will hold yet another summit with Kim before the U.S. election and conclude an 11th-hour deal that grants Kim generous concessions, including reopening the KIC and other sanctions relief. Moon came out in support of such an initiative this week, but whether it accords with Trump’s current mood is anyone’s guess.

The U.S.–South Korean alliance has endured many ups and downs over the decades—including popular protests against U.S. support for South Korea’s military rulers and an uproar over President Jimmy Carter’s talk of withdrawing U.S. troops. But the relationship may be facing its worst crisis yet. Over the last three and a half years, South Korean officials have seldom been in sync with the mercurial U.S. president—as Bolton’s book drives home. Trump’s erratic approach to North Korea—which evolved from threats of “fire and fury” to professions of love for Kim—has left Seoul baffled, bewildered, and questioning its faith in Washington. Like a long-term marriage, the alliance is likely to survive, but South Korea’s trust in the United States has been so badly shaken that the relationship may never be the same.

Crafting a Democracy Strategy in an Age of Great-Power Politics 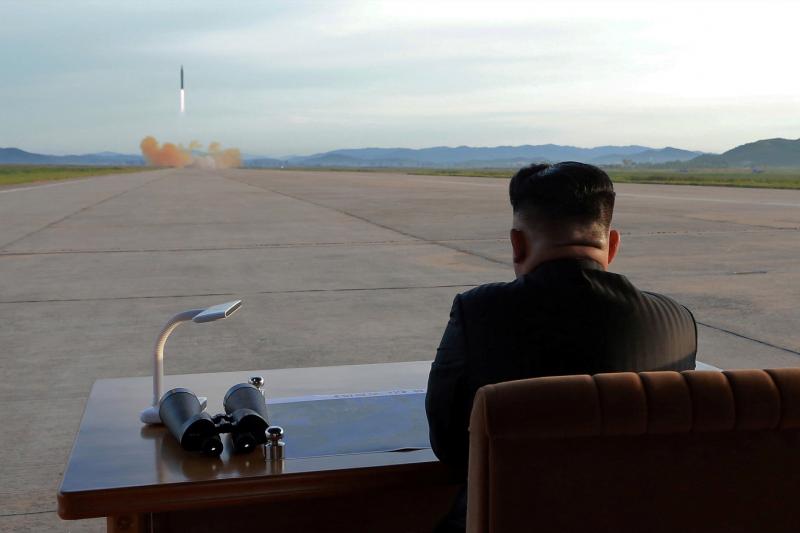 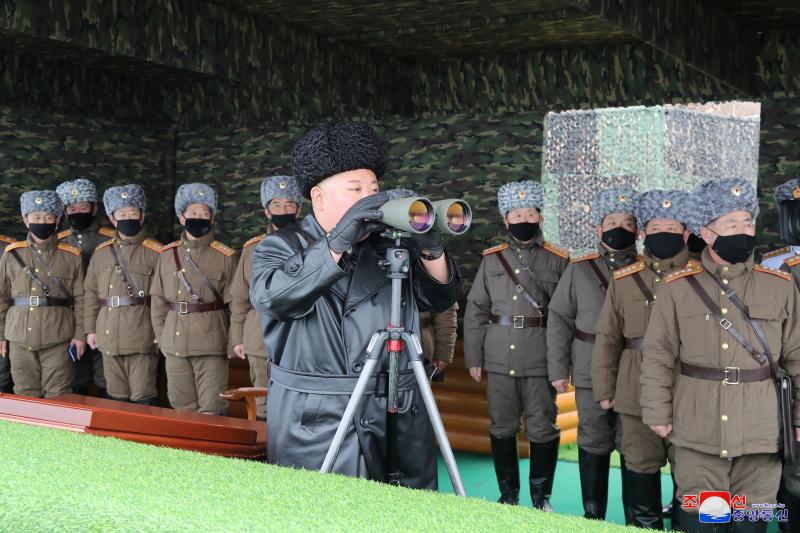