Rodrigo Duterte Will Not Go Gently

The Philippine President Prepares to Outlive His Term

President Rodrigo Duterte is on a roll. In the Philippines, where reelection is banned, most presidents become lame ducks halfway into their six-year terms. But four years into his presidency, Duterte remains at the top of his game, impervious to blistering criticism of his autocratic tendencies and his bloody war on drugs, which has killed at least 6,000 suspected drug users and sellers. A December poll shows his popularity at 87 percent, surpassing that of every Philippine president since competitive elections were reintroduced in the 1980s, after the 20-year reign of the dictator Ferdinand Marcos.

The president’s opponents hope that “Dutertismo” will fade away in 2022, when his term ends. But they should not assume that Duterte will quietly leave office like his predecessors. Buoyed by public support, Duterte is making every effort to consolidate his base, cement his legacy, and handpick a successor so he can continue to exert influence and exercise power beyond his term. If he succeeds, then Duterte’s illiberalism, anti-Westernism, and anti-elitism may endure for years to come.

Duterte has sought to expand his power by attacking the forces that he believes restrain it. On February 11, he terminated the Visiting Forces Agreement, a long-standing military pact that allows U.S. forces to train in the country. This move was widely seen as a retaliation against the United States, which had revoked a visa it had issued to his former police chief, Senator Ronald Dela Rosa. But the president has also long wanted to wean the Philippines from its dependence on the U.S. security umbrella and foreign aid; past presidents had been forced to come to heel when American officials threatened to withhold assistance in an effort to rein in corruption and human rights abuses.

Duterte has turned instead to China, believing that the Philippines’ long-term security and economic interests are best served by Beijing’s embrace. China has lent significant funds to an ambitious public works program that Duterte has initiated, and Chinese businesses and tourists bring much-needed investments and foreign exchange to the Philippines. Unlike the United States, China offers these benefits without pressing Duterte to give ground on democracy and human rights.

The Philippine president has been equally determined to muzzle his domestic critics, particularly those with the capacity to curtail his power. ABS-CBN, for example, is a Philippine media company known for making and breaking political fortunes. The network is owned by the Lopez family, who were long-standing rivals of Marcos. After Marcos’s fall in 1986, the Lopez family aligned themselves with the new president, Corazon Aquino, and her allies, known as the “yellows”—a loose coalition of liberal, middle-class reformers, anti-Marcos politicians and businesspeople, and the liberal-minded Catholic clergy. In 2016, the yellows supported Senator Mar Roxas for president against Duterte (Roxas happened to be married to a star anchor of ABS-CBN). Duterte has since raged against the network, accusing it of supporting his election rivals and refusing to air his campaign ads.

Duterte has extended his crackdown on opponents to every corner of society.

Two years ago, Duterte threatened to shut ABS-CBN down. He may yet make good on that promise. For many months, the pro-Duterte House of Representatives refused to schedule hearings to renew ABS-CBN’s franchise. In early February, the solicitor general asked the Supreme Court to void it. “If you are mean to the President, he will be meaner to you,” Duterte’s former aide Senator Christopher Go warned ABS-CBN bigwigs during a Senate hearing. “If you are nice to the President, then he will be nicer to you.” The network will likely get a provisional order so it can operate pending a congressional decision on its franchise, which expires in May. As long as it does not have a franchise, however, ABS-CBN remains especially vulnerable to Duterte’s wrath.

The move was not the president’s first against the business elites associated with the yellows. In December 2019, Duterte threatened to beat up and jail the “oligarchs” who run Manila’s water concessions, accusing them of bilking the government and overcharging consumers. “No matter how many bodyguards you have,” he said at a public meeting, “I can ruin your face, son of a bitch.” As their share prices went into a tailspin after the president’s attacks, the heads of the country’s two biggest business conglomerates agreed to renegotiate the water contracts and give up the hefty awards the government owed them. One company even ceded control of its water business to a businessman on friendlier terms with the president.

Duterte has extended his crackdown on opponents to every corner of society. He has been particularly vicious against the Catholic Church, which has been critical of his war on drugs. Duterte has called the church “the most hypocritical institution in the entire Philippines,” accused clergy of abusing boys and coddling drug dealers, and threatened to behead a bishop who has provided sanctuary to witnesses of police abuses in the drug war. In even more heavy-handed moves, Duterte has used his propaganda machine to shave off support for liberal opposition, and his state lawyers have hounded the most outspoken dissenters with aggressive prosecution. As a result of this campaign, Duterte has a near monopoly on political power.

Duterte’s demonstration of power may be thuggish, but it is also methodical. From his 21 years as mayor of the southern city of Davao, he learned that citizens respect and follow a strong leader. He is an avid reader of Nietzsche and Machiavelli and likes to quote from The Prince. He admires Marcos—so much that soon after his election, he allowed the dictator’s family to give their patriarch’s remains a hero’s burial. He’s a student of power, which means that despite his seemingly irrational fits of public rage, Duterte plays the long game.

And so Manila’s chattering classes await the president’s next Machiavellian move. Duterte has fanned rumors he will field either his daughter Sara or his former aide Senator Go in the 2022 presidential race. He has let slip that his daughter may succeed him. Some observers speculate that Duterte will run as vice president on the same ticket as his successor, thus setting himself up to continue exercising power. There is precedent for such a move: in 2010, Duterte reached his three-term limit as mayor of Davao, so he ran for vice mayor. His daughter took on the mayoralty in his place, but Duterte continued to reign in City Hall.

The stakes are high for Duterte when his term ends: he needs a successor who will not only perpetuate his legacy but also protect him and his men from criminal charges in the Philippines or overseas. Just last December, a U.S. Senate resolution called for sanctions against Philippine civilians and uniformed officials responsible for extrajudicial killings and the jailing of an opposition senator. The International Criminal Court is reviewing charges against the president and other officials for crimes against humanity in connection with the war on drugs and may soon announce a formal investigation.

Duterte is hoping that his popularity will shield him from accountability when he is no longer president. And though he is popular now, Filipinos are fickle voters. Since the fall of Marcos in 1986, they have elected presidents who were completely different from their predecessors. Duterte’s dark charisma and Machiavellian tactics may see him through his term but not suffice to elect his chosen successor.

For now, though, those aspiring to succeed him must reckon with the fact that Duterte has tapped into something real. He peered into the depths of his country’s heart and found a willingness among many, especially within the middle and lower-middle classes, to trade rights and freedoms for safety and stability. Duterte intuited, as he did when he became mayor of the country’s murder capital more than 30 years ago, that he could rule on the promise that citizens would be able to walk safely on the streets if they were willing to pay the price. In so doing, he has broken the already frayed consensus on individual rights. More than three decades after “people power” chased Marcos from the presidential palace, law-and-order thinking resonates—and a post-Duterte presidency would need to address it. 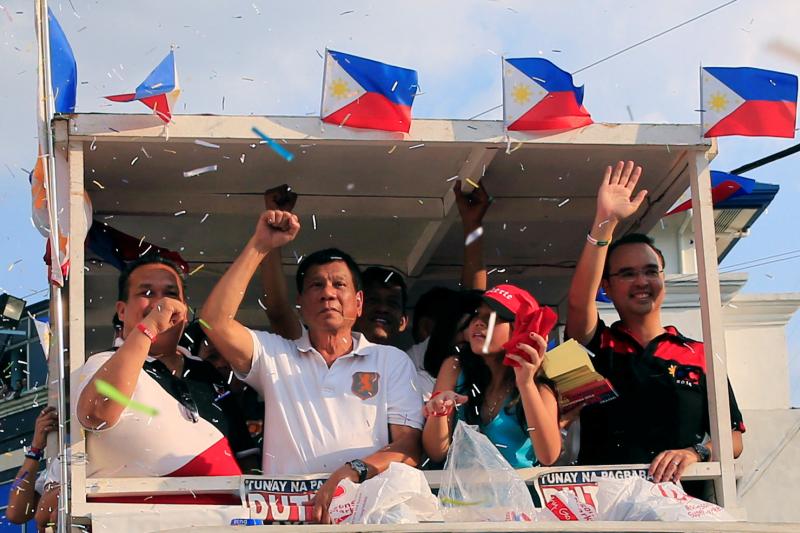 What Rodrigo Duterte's Election Says About the Philippines 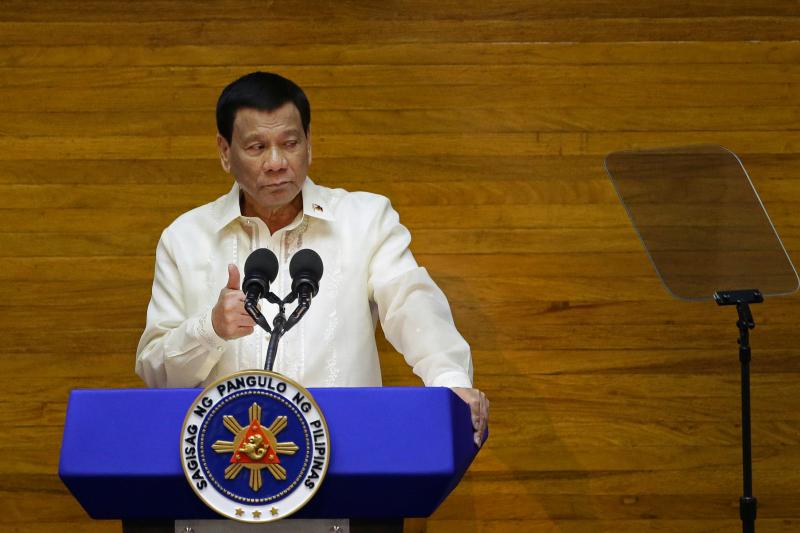