Poland’s embattled president, Andrzej Duda, is campaigning hard to keep his job and his right-wing populist party’s grip on power. After winning only 43 percent of the vote in the first round of elections, he’s in a heated July 12 runoff with Warsaw Mayor Rafal Trzaskowski, who hopes to pull off an upset and reverse Poland’s slide into populism.

Last month, facing growing criticism and a corruption scandal around the government’s COVID-19 pandemic response, Duda doubled down on his previous homophobic statements and issued a declaration underscoring his commitment to fight against LGBTQ rights. In a campaign stop in the south of the former Soviet satellite state turned EU and NATO member, he said that the movement for LGBTQ rights was “even more destructive to the human being” than communism and called LGBTQ rights a “foreign ideology” that aims to “penetrate into our reality, sometimes by force.”

Duda’s embrace of homophobia is in some ways unsurprising: significant portions of the population in a number of European countries—particularly in central and eastern Europe—continue to hold negative views of LGBTQ people and of efforts to protect their rights through law. Poland ranks last among EU members in its protections for LGBTQ people, according to the International Lesbian, Gay, Bisexual, Trans and Intersex Association, a nongovernmental organization. And while in the latest version of the semiannual European Social Survey a slim majority of Poles (53 percent) agreed with the statement that “gays and lesbians should be free to live life as they wish,” four in five Poles surveyed (and more than nine in ten of those who associate with Duda’s party) said that gays and lesbians should be prohibited from adopting children.

Even so, while discrimination and social hostility endure in many countries, anti-LGBTQ sentiment does not guarantee the emergence of what can be termed “homophobic (and transphobic) politics,” in which anti-LGBTQ sentiments are a central plank of mainstream political actors.

Duda’s move toward homophobic politics is striking for the head of state of a large EU member state that has, at least until recently, been considered a healthy democracy. Despite the fact that one of the few positions shared across the Polish political spectrum is skepticism of Russian President Vladimir Putin, at first glance Duda’s anti-LGBTQ rhetoric sounds as if it had been inspired by Moscow. In fact, he is using the kinds of homophobic messages pushed by Putin in service of the same kind of populist politics that has arisen in other democracies around the world, including the United States: Duda is attacking a perceived “other” in order to obscure his and his party’s failings and to get his political base to the polls. U.S. observers watching Poland’s political drama are not gazing through a telescope so much as they are looking into a mirror.

For Putin, anti-LGBTQ politics has been a tactic aimed both at distracting from domestic failings and at advancing geopolitical objectives. Domestically, Putin’s turn to anti-LGBTQ politics came in the second decade of his rule, after protests followed 2011 parliamentary elections marred by fraud and a 2012 presidential election that was neither free nor fair. By 2014, as the wave of high oil prices on which Putin (and Russia’s economy) had surfed for a decade came crashing down, his failures to diversify Russia’s economy, and to invest in social services such as health care and education, were becoming more obvious.

It was no coincidence that around the same time, Putin expanded efforts to create a new and more durable rationale for his continued grip on power. The public dividend promised by a Putinist social contract had once been order and economic growth; now he attempted to shift the focus to nationalism and pride. He reinvigorated a focus on the (selective) history of the Great Patriotic War (World War II); he embraced the Orthodox Church; he invaded Ukraine and purportedly annexed Crimea, an action that he sold at home as part of a broader effort to restore Russian greatness; and, as part of an ostensible commitment to “family values” and the protection of children, in 2013 he pushed national legislation through the rubber-stamp State Duma that banned LGBTQ “propaganda”—making criminal any public expressions that could be understood as condoning “nontraditional sexual relationships.” As his authoritarianism deepened, Putin tried to get Russians to focus less on their pocketbooks and more on their collective identity, and especially his chauvinist version of it.

As his authoritarianism deepened, Putin tried to get Russians to focus less on their pocketbooks and more on their collective identity, and especially his chauvinist version of it.

Putin has exploited and augmented homophobic social attitudes not so much to win Russians’ votes but rather to get Russians to vote at all in his heavily stage-managed Potemkin elections. In 2018, worried about low turnout, the Kremlin included a spot in its ad campaign that suggested if Russians didn’t vote in the elections, they might be subjected to forced “gay homestays.” And this year, in advance of the July 1 referendum in which Putin secured constitutional changes that allow him to remain in power for two additional terms, he packaged his power grab with a constitutional ban on same-sex marriage and once again attempted to goose turnout with an advertising campaign that stoked homophobia.

Putin has also exported Russia’s anti-gay laws and propaganda in order to accomplish his geopolitical objectives. Given that Russia’s corrupt oil-based economy is not a compelling model to emulate, he has resorted to using social issues to reinforce oligarchic allies in former Soviet states and to disrupt political moves toward Europe. Hence, in countries such as Georgia and Ukraine, Russia-associated political parties, oligarchs, and media have pushed the idea that association with the EU would force the adoption of LGBTQ rights. And in Kyrgyzstan, Moldova, and Kazakhstan there have been efforts to copy the anti-LGBTQ “propaganda” law adopted by the State Duma. By promulgating such homophobic politics in Russia’s “near abroad,” Putin hopes to use the specter of LGBTQ rights to persuade people to give a pass to nondemocratic regimes.

SEARCHING FOR “THE OTHER”

Poland’s recent political history has been fraught. After moving more quickly than other postcommunist states to implement difficult political and economic reforms in the 1990s, by the middle of the first decade of this century Poland was held up as the poster child for reform: its economic growth and healthy democracy characterized by successive coalition governments—along with its achievement of NATO and EU membership—provided easy evidence of the efficacy of reforms and the potential for postcommunist societies. In the wake of the financial crisis and subsequent European and global recession, however, the increasingly right-wing and populist Law and Justice party (PiS) beat the center-right, economically liberal Civic Platform to take power in parliament in 2015 with an absolute majority—the first such government in Poland’s postcommunist history. Since then, PiS leaders have attacked the independence of the Constitutional Tribunal, passed laws that curb freedom of expression, and politicized the national broadcaster. Less than a decade ago, Poland appeared to be a consolidated European democracy; in recent years, that image has begun to show cracks.

For all the parallels between Putin’s homophobic politics and Duda’s, Duda is not simply the latest example of a leader aping Putin’s model in a country bordering Russia. Both the domestic political situation and the geopolitical context are different. Poland’s political structures and elections are those of a constitutional democracy, not an authoritarian petrostate. Unlike Putin, Duda is actually seeking to win an election. And unlike, say, Ukraine or Georgia, Poland is not struggling to define its security and political relationships (and Putin cannot prevent its integration with the West). Poland is already part of the EU and NATO.

Duda’s homophobic politics, like the rest of his party’s populist agenda, is rooted much more in the global shifts in political economy that have given rise to right-wing populism in many democratic countries. Thus, while he has adopted the content of Putin’s homophobic politics, the function of Duda’s anti-LGBTQ rhetoric is closer to that of the anti-Muslim or anti-immigrant rhetoric of U.S. President Donald Trump. In seeking to gain advantage of democratic elections, Duda and his party have, in the face of European integration and globalization, sought to reaffirm a more parochial national identity, whitewashed by nostalgia.

Poland does not have large ethnic, racial, or religious minorities: most of Poland’s Jewish population perished in the Holocaust, and this, combined with the redrawing of borders and the fact that during the communist era there was little immigration, has made Poland a relatively homogeneous society. So in a moment when the economic populism that swept PiS to power—such as the cash payments made to Polish families for each child—has become old news, attacking LGBTQ people as a threatening “other” is a way of appealing to the PiS base and making sure they turn out to vote.

To the extent that Duda’s homophobic politics can be seen as an expression of PiS’s skepticism about the EU, here, too, it is less like Putin’s anti-EU politics than like the anti-Washington politics of Trump. Poland is, by a factor of two, the single largest net beneficiary of EU funds among EU member states, just as the states that backed Trump in 2016 receive on average far more in federal funds than they pay into federal coffers in tax dollars.

In fact, Duda’s strategy may be not only an echo of Trump’s but also a harbinger of what’s to come as the November U.S. presidential election approaches and Trump focuses on playing to his base. Indeed, in a pair of speeches over the July Fourth weekend, Trump’s racist language portended an election season in which he, like Duda, will attempt to turn up the volume on (white) nationalist populism to eke out an electoral win.

Richard Holbrooke and the Decline of American Power 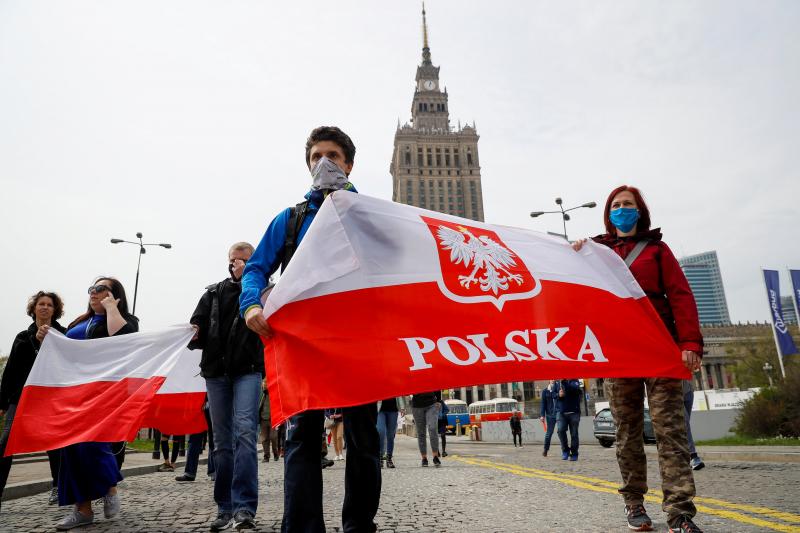 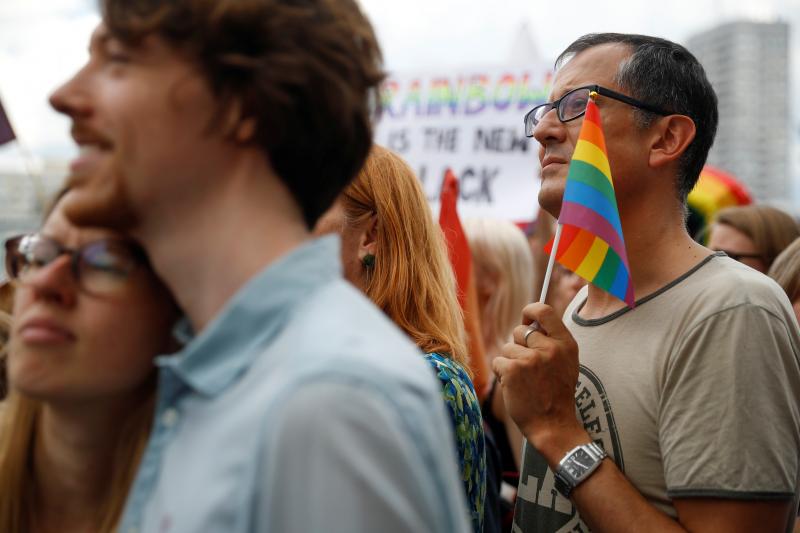