U.S. President Joe Biden and Russian President Vladimir Putin, who are scheduled to meet in Geneva on June 16, may know each other too well. They first met in 2011, when Biden, then U.S. vice president, by his own account told Putin, then Russian prime minister, “I don’t think you have a soul.” They clashed again after 2014, when Biden was tasked with bolstering Ukraine in the wake of its protests and pressuring Russia to scale back its military interference in eastern Ukraine.

Putin then tasked himself with pushing back against Biden and the strain of U.S. policy he represented. The Russian president had his intelligence services interfere with the 2016 U.S. presidential election in the hope that Donald Trump, once elected, might reverse the Obama administration’s stance on Russia. In the ensuing years, Putin’s minions likely passed along information or misinformation on Biden’s son Hunter, which Trump’s minions eagerly received and did their best to deploy in the 2020 campaign. With so much jagged history between them, the latest meeting between Biden and Putin will be awkward at a personal level.

But the absence of rapport may be overshadowed by the absence of substantive agreement. Biden did not campaign on a reset of U.S. relations with Russia, and he has not pursued such an approach as president. Instead, his Russia policy presumes a high degree of friction with Moscow. It recognizes the many ways in which Russia damages U.S. interests, from meddling in elections to occupying eastern Ukraine to seeking to diminish U.S. influence worldwide. Biden’s goal is not to transform relations with Russia but to “restore predictability and stability to the U.S.-Russia relationship,” as Jen Psaki, the White House press secretary, explained when announcing the summit.

There is thus a limit to how much the Putin-Biden summit can accomplish. With each leader mistrusting and surely disliking the other, neither will go out of his way to deliver anything of significance. Even so, there is real value to the optics of consultation and deliberation. With luck, such optics can evolve into the reality of consultation and deliberation. These are the underpinnings of true stability, and they can keep Russia and the West from getting pulled into a direct confrontation—one that would be as undesirable as it would be undesired.

Putin will likely frame the Geneva summit more around his own diplomatic skills than around any particular deliverables. He knows that Biden will not lift U.S. sanctions anytime soon. The game of driving wedges between the United States and its European allies, which Putin enjoyed playing in the Trump era, will pay fewer dividends with Biden, who has shored up the transatlantic alliance; there are no propaganda points to be scored here. In fact, even the 2018 summit with Trump in Helsinki did little for Putin. The American president, asked about Russian election meddling, gleefully sided with Russia’s leader over his own intelligence professionals, marking a nadir for U.S. diplomacy. Yet this apparent public relations bonanza furnished Russia with no new geopolitical opening, and Trump’s words in Helsinki, as was so often the case, had little bearing on his administration’s policies.

With Biden, Putin will play the role of a statesman. He will try to get the summit to register as a meeting of equals. By in no way deferring to Biden, he will strive to demonstrate that Russia is a great power. Let other world leaders beg for the kind of U.S. attention that Ukrainian President Volodymyr Zelensky has been publicly craving since Biden entered the Oval Office. Let the Europeans gather with Biden in their byzantine multilateral forums. Let others wait out in the cold, too marginal or undemocratic or annoying to garner a meeting with the U.S. president. Putin will meet with Biden one-on-one—as, in his view, is Russia’s right.

Yet beyond international stature, Putin is also seeking the same things Biden wants: predictability and stability. True, Putin has not shied away from destabilizing Russia’s neighbors or even the United States. He may or may not have assisted the Belarusian government’s operation to force down a passenger plane to arrest a journalist flying from Greece to Lithuania, but he certainly condoned the act afterward. For all the talk of Russia as a “revisionist spoiler,” however, the country revises and spoils much less than it could. In Ukraine, it has declined to march on Kyiv. In the Middle East, it has continued to allow Israel access to Syrian airspace. And in the United States, it has held back from deploying its full arsenal of cyber-capabilities, which could surely wreak havoc on the U.S. economy.

An increasingly out-of-touch autocrat presiding over a worsening economy, Putin cannot afford an uncontrolled intensification of international conflicts—especially with the United States. Putin needs levers to manage conflict. A working relationship with Biden would cost him nothing, and it might well purchase him the geopolitical respite he needs to address the fraying tapestry of domestic Russian politics.

Biden should approach the summit by balancing the long-term with the immediate. A worthwhile practical gain would be to improve consular services for Russians in the United States and Americans in Russia. Over the past several years, in retaliation for the election meddling and for the harassment of U.S. diplomats, the United States expelled Russian diplomats and shuttered the Russian consulate in Seattle and San Francisco, as well as the Russian trade mission in Washington, D.C. Meanwhile, Russia expelled scores of U.S. diplomats. The United States, in turn, felt compelled to close consulates in Vladivostok, Yekaterinburg, and St. Petersburg, leaving the embassy in Moscow as its sole diplomatic mission in Russia—which the Kremlin is currently threatening to deprive of its Russian staff.

The lack of consulates in both countries makes it extremely difficult for citizens of either country to visit the other, cutting off the cultural and scientific contact that has historically benefited both. The people-to-people situation now is worse than it was during most of the Cold War. To correct it, Biden should offer to relax some of the conditions—enabling the reopening of Russia’s consulates in the United States or at least an expansion of U.S. consular services in Russia—in hopes of ending the tit-for-tat reactions of the past several years.

Arms control will also be on the agenda in Geneva. Just a week after Biden took office, he and Putin agreed to renew the New START treaty, but there is room for improvement. Not only could more arms control save money but it would also set a good example to other countries. If Russia and the United States, the world’s preeminent nuclear powers, cannot find an agreement on reducing their arsenals, then arms control agreements with Iran and North Korea are bound to fail. The area, fortunately, is ripe for progress. By its nature, arms control requires slow, painstaking work undertaken by scientists who are less preoccupied with bilateral irritants than are policymakers and diplomats. As a first step, the two leaders could establish working groups, some of them multilateral, to conceptualize future arms control challenges.

Biden should approach the summit by balancing the long-term with the immediate.

Biden’s long-term goal should be to normalize U.S.-Russian relations. Simply by taking place, a Putin-Biden summit would help on this front, by suggesting that it is normal for Russian and American presidents to meet and meet often. President Barack Obama had a good first meeting with Putin in Moscow in 2009. That was followed in 2010 by the cheery “hamburger summit” with Dmitry Medvedev—who replaced Putin as Russian president for four years—during which the two youthful presidents shared a photo op at a restaurant in Arlington, Virginia. But then things went downhill. In 2013, Obama canceled a planned summit with Putin after Edward Snowden, the former National Security Agency contractor who released thousands of classified documents, was granted asylum in Russia. After that, with the exception of tense meetings on the sidelines of bigger international gatherings, there was only the July 2017 summit between Trump and Putin, which was as unproductive as it was embarrassing.

During the Cold War, even as the two sides’ proxies battled each other across the globe, the United States and the Soviet Union held regular diplomatic summits, which signified that the conflict was not itself a conventional war. Its end state was not unconditional surrender but a wary and imperfect coexistence. By contrast, the post–Cold War summits between U.S. and Russian leaders were supposed to express partnership. They came to a halt during the second half of the Obama administration, when the pretense of partnership could no longer be sustained. So twisted and uncertain has the relationship become now that it must be shown that Russia and the United States are not at war. Even a summit composed entirely of preset talking points would help do this.

For the Biden administration, the Geneva summit does not just concern diplomacy. Under Trump, policy toward Russia and Ukraine got tangled up in U.S. politics. Trump had any number of strange connections to the Russian government, although evidence that he was a Russian asset never surfaced and accusations that he colluded with Russia were often driven by partisan motivations. Objectively, however, Trump allowed Russian misinformation or intelligence about Biden’s son Hunter to inform his reelection campaign. These were the dirty dealings for which Trump was impeached in 2019. By starting to normalize U.S.-Russian relations, Biden can restore Russia to its rightful place within the United States: as a matter of foreign policy, not domestic politics.

Expectations for the Putin-Biden summit are rightly low. The stakes, however, are high. Russia and the West are currently sleepwalking toward the abyss. Neither side feels any pressure to compromise. Domestic politics in both countries rewards toughness. Each side is convinced that the other is in decline, making compromise that much less desirable, since one side’s collapse—and, by extension, the other’s victory—is only a matter of time.

Little will get resolved in Geneva. Some six years after Russia invaded Ukraine, Crimea remains annexed, and eastern Ukraine has become yet another of the region’s frozen conflicts. The diplomatic agreements forged by Germany, France, Russia, and Ukraine to end the conflict are an irrelevant footnote to the situation on the ground. Meanwhile, Belarus is under the leadership of a mad dictator, Alexander Lukashenko, who will either achieve North Korea–style isolation for his country or fall trying. The United States and its European allies want Belarus to be democratized, while Russia, which has a substantial military presence within the country, insists that it remain tied to Moscow. In and around Syria, the U.S. and Russian militaries are in close proximity but have entirely distinct objectives.

All these incompatibilities will persist for decades. They admit no clear solution and may never get solved. But they cannot be allowed to metastasize. That is Biden’s mandate in Geneva: to begin the arduous journey toward predictability and stability. 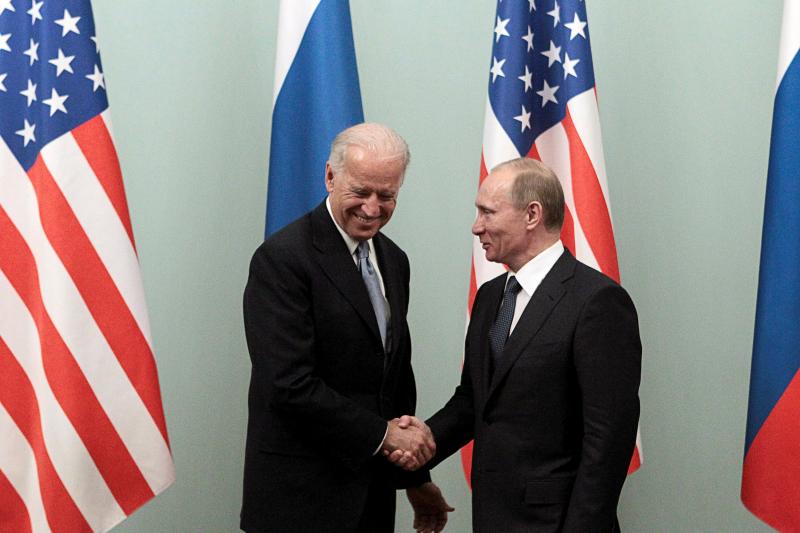 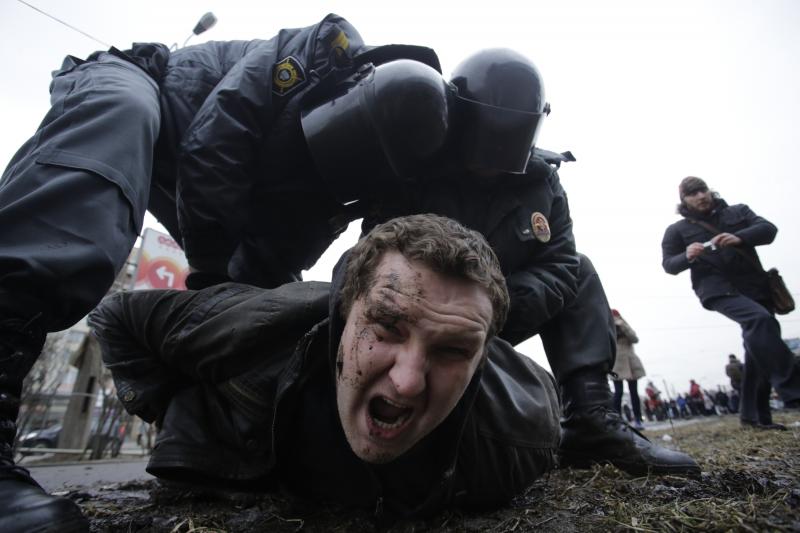