For decades, if not centuries, scholars have debated which matters more in international affairs: structural forces, such as the relative power between states, or the ideas and decisions of individual leaders. But at least as far as the United States is concerned, President Donald Trump may put the debate to rest.

After a slow start, Trump has affected almost every facet of U.S. foreign policy. And the story to date is not an inspiring one. Trump has personalized, privatized, and deinstitutionalized foreign policy to the detriment of the national interest. That trend has accelerated in recent months, culminating in two disastrous missteps vis-à-vis Ukraine and Syria. In the process, the American public has suffered, U.S. allies have lost, and U.S. adversaries have gained—none more so than Russian President Vladimir Putin.

DO THE RIGHT THING

Three years ago, the United States was the world’s most powerful state, capable of influencing outcomes on every continent and every issue area. But from the beginning of his presidency, Trump chose to pull back. He pursued his withdrawal doctrine with vigor, exiting the 12-nation trade agreement known as the Trans-Pacific Partnership within days of taking office, then going on to withdraw from the Iran nuclear agreement, the Paris climate accord, and the Intermediate-Range Nuclear Forces Treaty with Russia. He has since threatened to leave multiple other multilateral organizations and treaties.

And yet there were hints of continuity with previous administrations, at least in the first year of the Trump presidency. Trump’s senior national security officials resembled those of past administrations in their credentials and experience, especially once H. R. McMaster took over as national security advisor in February 2017. And, like his predecessors, Trump did not dismiss the thousands—maybe tens of thousands—of nonpartisan career professionals in the two dozen departments and agencies involved in making and implementing U.S. foreign policy.

These forces for continuity—along with the U.S. Congress, independent media, business groups, and nongovernmental organizations—shaped and constrained the administration’s foreign policy for a time. Trump’s complaints about “endless wars” did not initially translate into the withdrawal of U.S. troops from Afghanistan, Iraq, or Syria. In Asia, his administration was more systematic in diagnosing the economic and security threats posed by China, but that shift was already underway before he took office and reflected an emerging bipartisan consensus. Trump berated NATO, but the United States did not withdraw from the alliance.

Even Trump’s Russia policy initially differed little from President Barack Obama’s approach after 2014. Although candidate Trump had considered lifting sanctions on Russia and recognizing its land grab in Crimea as legitimate, the Trump administration increased those sanctions, never recognized Crimea’s annexation, bolstered support for NATO, and even went further than Obama in providing lethal military assistance to Ukraine. Trump did deliver one welcome change in U.S. policy to the Kremlin by no longer discussing democratic reforms or human rights abuses, but that was about it.

For Moscow, this policy continuity was a disappointment. Putin’s surrogates on Russian television lamented Trump’s weakness, which they blamed on the U.S. “deep state”—Trump wanted to do the “right thing,” they claimed, but he was constrained by the conventional foreign policy elites running his national security departments; the professional bureaucrats at the Department of State, the Department of Defense, and the CIA; and the Russophobes in U.S. “mainstream” media and the Democratic Party.

Putin himself identified domestic politics in the United States as the main obstacle preventing Trump from pursuing a thaw with Russia. He was not wrong. But instead of a sinister deep state working against the U.S. president, it was the national security professionals within his own administration, including his political appointees, who were moderating some of Trump’s most extreme pro-Putin proclivities.

The Kremlin may, at long last, be getting what it wants. Gradually, but especially in the last year, Trump has eroded the normal national security decision-making process, marginalized the professionals who usually shape and execute U.S. foreign policy, and placed his private interests and ill-informed personal theories—often shaped by disinformation and conspiracy yarns—above all else. The result has been a disaster for U.S. national interests and a boon for Russia.

Since McMaster’s exit from the administration in April 2018, standard procedures for making national security decisions have been abandoned. Trump rarely attends National Security Council (NSC) meetings. He prefers to make his own decisions, based on intuition and personal preferences and without expert advice. Earlier this month, his new national security advisor, Robert O’Brien, announced plans to significantly cut the NSC staff and replace many of its career officials with political appointees.

Standard procedures for making national security decisions have been abandoned.

Trump’s now infamous phone call to Ukrainian President Volodymyr Zelensky in July revealed just how dysfunctional procedures in the White House have become. There appears to have been no prior discussion of the national security objectives to be pursued on the call. Trump did not read NSC-vetted talking points. Shockingly, then National Security Advisor John Bolton did not brief the president before the call and did not even listen to the conversation. Equally unorthodox, Secretary of State Mike Pompeo was on the line.

Trump’s call with Turkish President Recep Tayyip Erdogan in early October, after which the U.S. president greenlighted a Turkish military incursion into Syria, seems to have followed a similar pattern: no prior NSC meeting to interrogate the wisdom of acquiescing to Erdogan, no briefing before the call, and no talking points prepared by NSC staff. Trump’s strange, unprofessional, and ultimately ineffective letter threatening Erdogan was clearly not a product of normal NSC drafting and clearance procedures, either.

Other departments and agencies have seen their norms and procedures—not to mention their integrity—come under presidential attack as well. Trump’s first target, even before his inauguration, was the CIA, followed by the FBI and the intelligence community at large. In July 2018, Trump stood next to Putin at a summit in Helsinki and publicly rejected the findings of the U.S. intelligence community regarding Russia’s campaign of interference in the 2016 presidential election.

Likewise, Trump has severely damaged the credibility and competency of the State Department, blithely assuming that he can do the hard job of diplomacy by himself. This approach has yet to deliver clear successes in Afghanistan, China, Iran, or North Korea. But it has damaged the president’s relations with career foreign service officers, relations that were further strained by his decision to fire the U.S. ambassador to Ukraine, Marie Yovanovitch, on the basis of unfounded rumors from a private citizen—most likely Trump’s personal lawyer Rudy Giuliani.

Trump’s withdrawal of U.S. troops from Syria—another decision taken, by all appearances, in isolation and on a whim—similarly undermined the standing of the Department of Defense and the reputation of U.S. soldiers fighting in Syria, some of whom have expressed humiliation and embarrassment at having abandoned their Kurdish allies. Three institutions critical for U.S. foreign policy—the intelligence community, the State Department, and the Pentagon—now have deeply damaged relations with the president.

Trump’s assault on conventional decision-making processes has allowed him to personalize and privatize U.S. foreign policy, often in ways that benefit the Kremlin more than the White House. That fact was most glaringly and disturbingly on display during the president’s call with Zelensky in July, during which Trump offered to lift the freeze on military assistance to Ukraine and meet the newly elected Zelensky in the Oval Office. In return, Trump asked that Zelensky open new investigations into unsubstantiated allegations of corruption by Hunter Biden, former Vice President Joe Biden’s son, and purported Ukrainian meddling in the 2016 U.S. presidential election. (That account, originally based on a reconstructed transcript of the call, has since been bolstered by further evidence in text messages between State Department diplomats and Ukrainian officials and testimony from U.S. officials involved in U.S.-Ukrainian relations.)

Trump has placed his private interests and ill-informed personal theories above all else.

By not even mentioning Russia’s military interventions in Crimea and the Donbas during his call with Zelensky, Trump made clear his indifference to Ukraine’s sovereignty and democratic consolidation. That’s a win for Putin. Trump’s politicization of military assistance weakened the United States’ previously rock-solid commitment to Ukraine’s defense—another gift to Putin. By recording and publishing Zelensky’s obsequiousness and flattery of Trump in the call memo, he made the new Ukrainian leader look weak—yet another deliverable for Putin. Trump’s subsequent repeated references to Ukraine as corrupt have likewise damaged the country’s reputation precisely at the moment when a newly elected president and parliament have an opportunity to break with the corruption of the past. Score one more victory for Putin.

And this list doesn’t include the damage to the United States itself: Trump’s attempt to use taxpayer money in pursuit of private goals tarnishes the United States’ reputation as the leader of the free world. Impeachment proceedings set off by the call will distract his administration from engaging in critical foreign policy issues involving China, Iran, North Korea, and Venezuela.

Trump’s misguided unilateral decisions in Syria also have played into Putin’s hands: Moscow benefits from the tensions that the Turkish offensive against the Kurds has caused within NATO. The Kurds, for their part, are turning to Syrian autocrat Bashar al-Assad and Putin in their desperate search for a new protector. More generally, the U.S. retreat in Syria has strengthened other U.S. foes—Assad, Hezbollah, Iran, and the Islamic State (or ISIS)—and unnerved the United States’ closest allies in the region. Washington now looks unreliable at a time when Moscow is positioning itself as an alternative power broker in the region—not only to the Kurds but to the Saudis, the Turks, and the Israelis.

A standard process for formulating and executing U.S. foreign policy would have foreseen these dangers and worked to counteract them. Such a process no longer exists, allowing one individual to let his personal interests and misguided intuitions radically reshape U.S. foreign policy. In the two biggest arenas of U.S.-Russian conflict over the last decade—Ukraine and Syria—Trump has just handed Putin and his allies major victories, without a fight and without receiving anything in return. 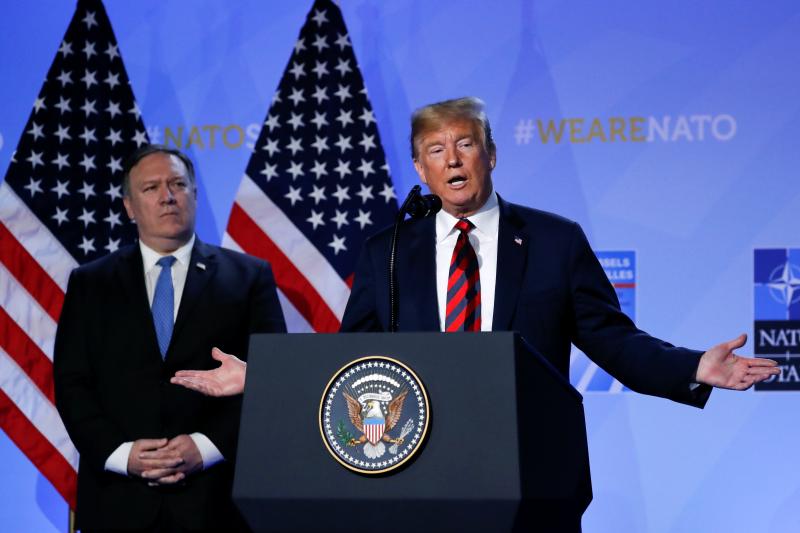 The Demolition of U.S. Diplomacy 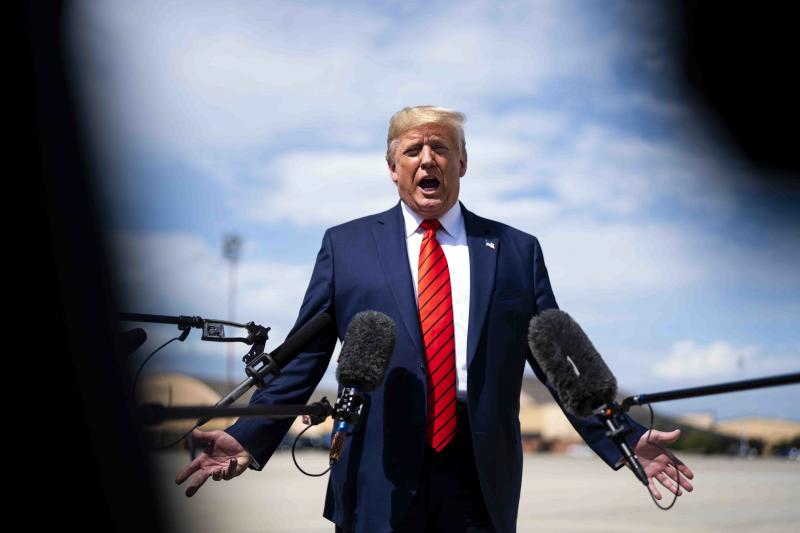