In Russia, the pandemic has wrong-footed both the opposition and the authorities. The opposition, used to comparing President Vladimir Putin’s regime unfavorably with largely more effective democracies, must contend with the failures of Western countries such as the United States, which now leads the world in infections, deaths, and as Putin has pointed out, ineptitude. But Putin’s supporters can hardly claim that Russia furnishes an example of the benefits of the authoritarian model in a crisis. Rather, Russia briefly rose to number two in the world in cases (it ceded this place to Brazil just a few days ago) and has manifested a conspicuous absence of decisive central leadership. By the official numbers, even Ukraine—long Russia’s official example of a corrupt and dysfunctional democracy and a boogeyman for those who fear regime change—has done better than Russia in containing the pandemic’s spread.

Putin has neither covered his system in glory nor wholly discredited it by his management of the pandemic crisis. His supporters expected a strong show of leadership that never came; his detractors expected a display of mendacity and cruelty that Putin forwent. By the reticence of his response, Putin has lost some political advantage and even seeded future problems for his rule. Russia has not managed to make geopolitical use of the pandemic crisis, and domestically, the pandemic has weakened Putin’s vertical of power and intensified conflict within the country’s ruling elite.

At the pandemic’s outset, many Russians assumed that Putin would behave with despotic disregard for their personal safety. A popular TV series had recently reminded Russian viewers of how, in 1986, the Soviet state, for political reasons, urged its citizens to proceed with May Day parades five days after the explosion at Chernobyl, not informing them about the danger. No less was expected from Putin.

When the pandemic struck, two public occasions appeared immovable on the calendar. One was April 22, the day for which Putin had scheduled a referendum on constitutional changes that aimed to extend his power. The other was May 9, when Russia normally celebrates Victory Day as its de facto national day. Many Russians expected that Putin would hold to those dates at the expense of public safety. Putin’s Belarusian counterpart, Alexander Lukashenko, certainly held his country’s May 9 military parade and even kept his national soccer league going as usual. But Putin surprised these critics. He postponed the referendum and canceled the V-day celebrations.

The number of COVID-19 cases in Russia was initially quite low, which led some skeptics to speculate that Putin had engaged in a Chernobyl-style cover-up; but here, too, critics were embarrassed when the authorities publicly disclosed a growing case count that reached almost 300,000 countrywide by the middle of May. Now, the daily increase in infections has stabilized at around 10,000 new cases countrywide, with 5,000 of these in Moscow, the most populous and hardest-hit part of the country. The number of new infections has even begun to decrease slightly, suggesting that the peak is over and the country is reaching a plateau.

Putin’s advantage lay in showing that he had tackled the crisis more successfully than his Western counterparts.

Putin undoubtedly saw an opportunity for Russia at the pandemic’s outset, when Russia’s numbers were not alarming and life in Moscow looked much more normal than in many Western metropolises. For the leader of a country that sought to revise the world order in its favor, Putin’s advantage lay in showing that he had tackled the crisis more successfully than his Western counterparts. In March, China and Russia hurried to send aid abroad to both their traditional allies and to Western democracies, including the United States. This aid was not just an expression of solidarity but an instrument of soft power and a display of superiority. But within a few weeks, Russia was receiving ventilators as aid from the United States, and Putin’s edge had evaporated.

The loss was partly self-inflicted. Because the pandemic struck Russia later than it struck other countries, Moscow could have gleaned lessons from abroad in order to be better prepared. But it did not appear to do so. Moreover, Russian officials had often spoken of pivoting to the East and pursuing an alliance with China. But when the pandemic hit, the government was quick and ruthless in closing its borders to China and other Asian countries but very slow to do the same to the West—an impulse that betrayed the true mental and financial orientation of the Russian elite. As a result, the virus reached the Russian Far East not from China but from Europe.

The contagion did not elicit from Putin’s regime a muscular response worthy of the best arguments for authoritarian discipline. Russia imposed its lockdown measures, restrictions, and fines far less stringently than China did. Authorities exercised their most effective control over Moscow, where they tracked the movements of people using QR codes and of cars using CCTV surveillance. But even there, the streets were empty mostly because there was no place to go—Putin had forced employers to put their workforces on paid holiday, and shops and restaurants were closed—and people feared getting sick.

Putin might have taken the occasion of the crisis to display some strong personal leadership to the public. Instead, his interventions have come across as belated and confusing. He gave his first speech about the pandemic only on March 25, three days after Moscow’s mayor, Sergei Sobyanin, announced restrictive measures to control the virus’s spread. From that point, information and even leadership seemed to emanate from Moscow rather than from the central government. Putin never declared a state of emergency and seemed to follow behind events rather than anticipating them.

Perhaps most remarkably, Putin’s public reticence has carried over to his behavior behind the scenes. A leader whom one might have expected to consolidate power in a crisis has instead returned a lot of decision-making powers to regional governors. The move is particularly curious because for nearly two decades, Putin has consistently worked to strip power from local strongmen and vest it in his own hands. Now, when the news is grim and the policies restrictive, Putin has chosen the local governors to play the bad guys responsible for the health-care failures and personal constraints. For himself he has chosen the role of benefactor, bestowing gifts in the form of nonworking days and financial assistance.

The trick hasn’t worked as planned. Putin’s approval rating has fallen to a historic low of 56 percent from a peak of 86 percent. Russian citizens—accustomed to news of Russia’s strong macroeconomic performance, triple surplus, and solid reserves—had imagined that in the event of a disaster, a powerful and generous Putin would take full control, overcome the crisis, and help the people. That vision has turned out to be far removed from reality. The president and his central government loosened the reins in the midst of the crisis rather than tightening them. Putin receded into the background, allowing others to take responsibility for tackling the epidemic and issuing less financial assistance than people expected. He has left his supporters unnerved and embarrassed.

By decentralizing Russia’s response to the pandemic, Putin has not only damaged his own prestige but also helped intensify a power struggle among his regime’s factions. The pandemic weakened the position of the recently appointed prime minister, Mikhail Mishustin, who for a time was seen as a potential successor to Putin. Now, Mishustin is overshadowed by other figures, and after having caught the virus, he has totally disappeared behind the scenes. At the center of the fiercest factional fight is Moscow, with its enormous budget and influential position as the nation’s capital. Many players see the crisis as an opportunity to displace Sobyanin, the city’s ambitious mayor, and seize his powerful post. Chief among the mayor’s opponents are representatives of the Russian security services (or siloviki), who have reportedly been maneuvering to take advantage of the pandemic in order to grab more power.

Just before the pandemic arrived in Russia, Putin had cast his lot for unashamed authoritarianism: he reset the clock on presidential terms to allow himself to run again in 2024. As the two events—Putin’s shift into uncamouflaged autocracy and the scourge of the coronavirus—have coincided in time, they are now also linked in politics. The fitness of Putin’s claim to be Russia’s leader in perpetuity will be judged by his ability to beat the virus and by how he is seen to lead that battle. As of now, he is not satisfying popular expectations. But many democracies are not, either.

Putin has made his domestic political future contingent on unpredictable factors.

The pandemic has revealed how complex the structure of the world really is. Lifestyles, leisure activities, and everyday culture have turned out to be more important than political systems in containing—or failing to contain—the virus. Democracies can reset themselves by changing governments through elections. Modern Russia cannot. By the confluence of events, Putin has made his domestic political future contingent on unpredictable factors: the worldwide pandemic and the world economic recovery.

Back in March, Putin had cleared his own way to run for two more terms in power. He seemed to believe that fortune would always smile on him, as it had done from the beginning, when he flew fast and high from modest functionary to Russian president. For a while, he had reason to believe in his luck. But the day Russians should have been at the polling stations voting to extend his power, they were instead locked in their homes, watching Putin’s unconvincing fight against the second-largest outbreak in the world. Now, the Russian president is trying to return to that more optimistic past and bring the people out to vote for his plans at the end of June—but he does so from a position he has weakened. 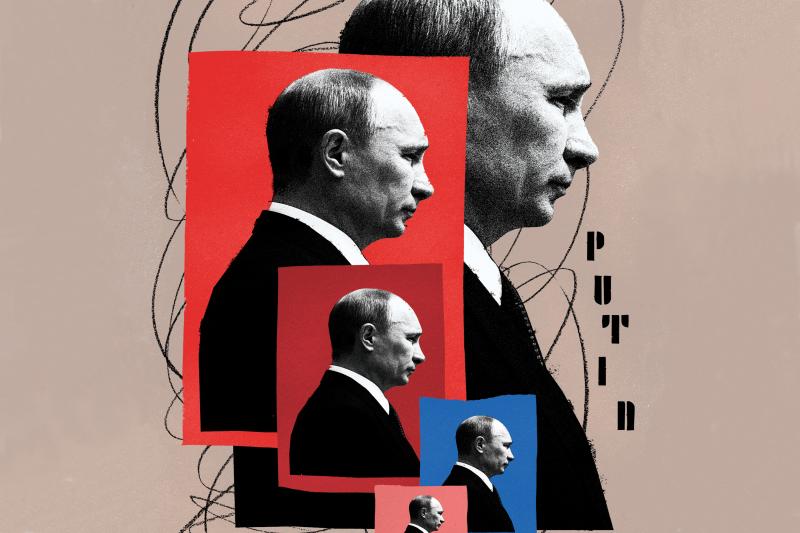 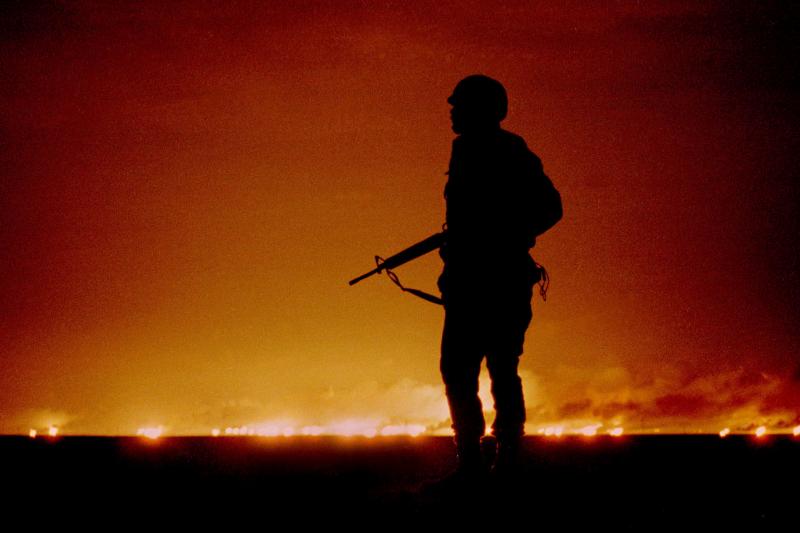